Accessibility links
Startup's New Sprays Promise Longer-Lasting Fruit, Fewer Pesticides : The Salt Apeel Sciences hopes its products, which use natural methods to fend off pests and oxidization, can markedly reduce the amount of produce wasted because of spoilage. 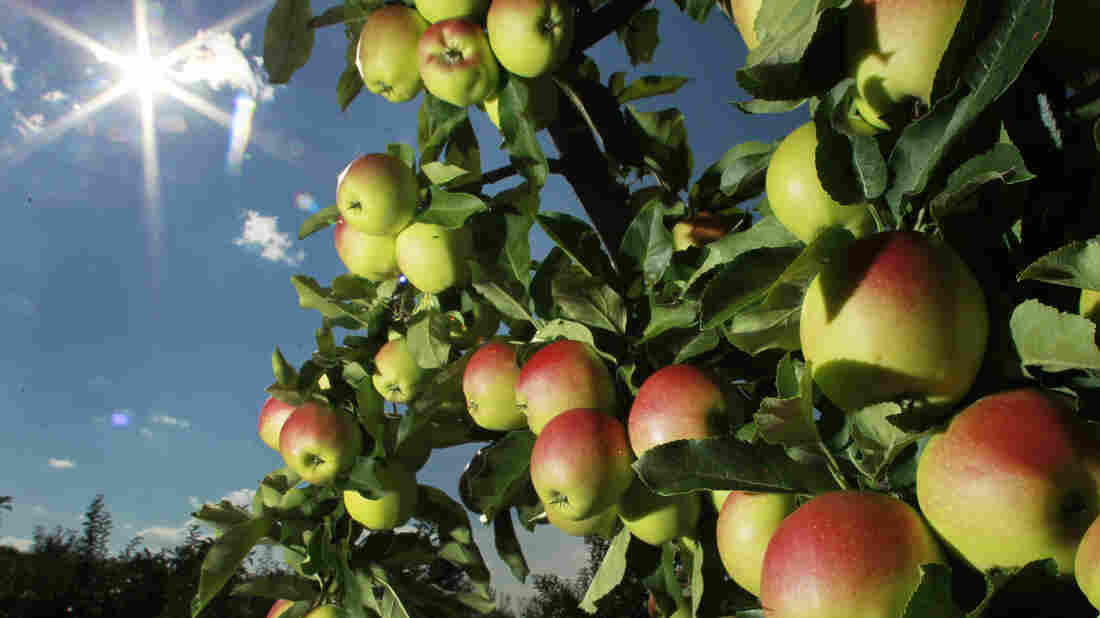 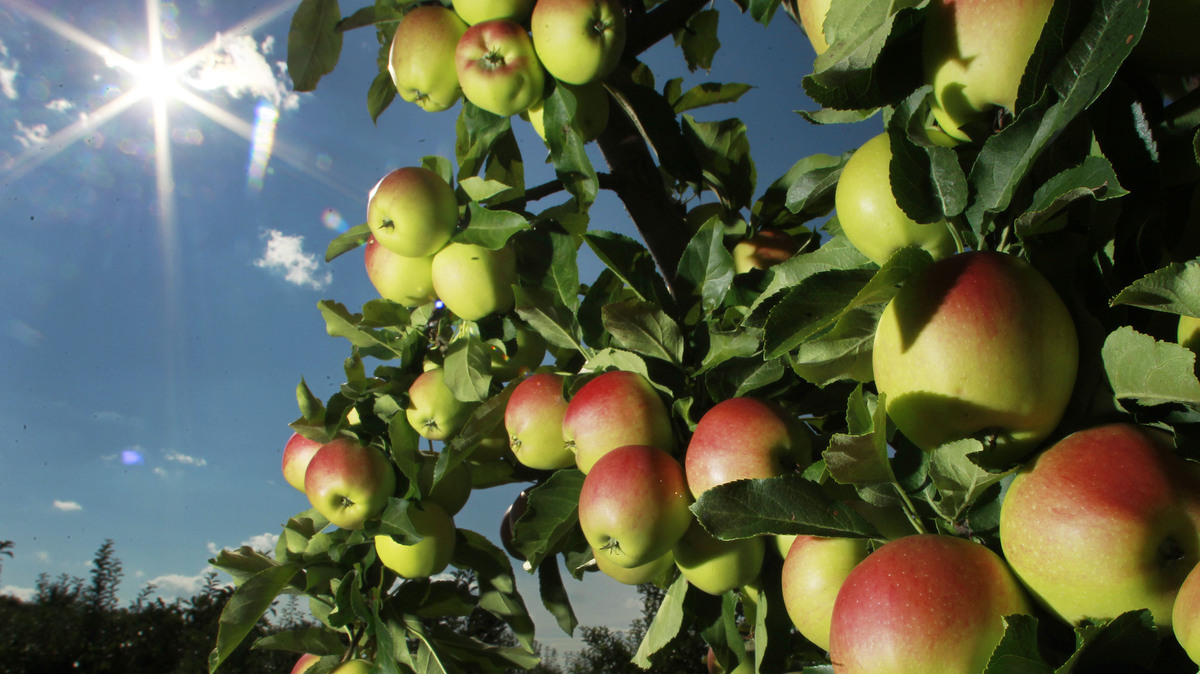 Apples were beginning to ripen Aug. 26 on trees at Carter Hill Orchard in Concord, N.H.

Scientists at startup Apeel Sciences have figured out the secret to doubling lifespans. Not our lifespans, alas, but those of fruits and veggies. And they do it naturally.

It's a big deal. Worldwide, we throw away about a third of our food, some $750 billion per year — and the percentage is even higher in the United States. One reason is rot: Food goes bad before we can bite in.

Sizing Down Food Waste: What's The Worst Thing To Toss?

In response, scientist James Rogers and his team have developed an array of all-natural films for produce that prolong its life — up to 200 percent in some cases — and reduce the need for pesticides. They're products for growers and grocers alike.

While Apeel's films won't replace pesticides, they could make a dent. The U.S. applies 1 billion pounds of pesticides per year, harming bees, national parks, air and water quality and 72 million birds per year. The chemicals aren't very good for humans either. But if we abolished pesticides without an alternative, food production would plummet: "The lives saved would be outnumbered by a factor of around 1,000 by the lives lost due to poorer diets," writes Bjørn Lomborg in The Skeptical Environmentalist.

Rogers and others aren't breaking new ground per se. Monks used beeswax to preserve fruits and, actually, evolution came up with protective films first: Water plants grew them to survive on land. "So we just piggybacked off that idea ... and expand[ed] on what nature has already done," said Rogers.

That is to say, it's a 450 million-year-old concept with a really, really long process for iteration.

One variation, Edipeel, is a natural preservative for fresh-cut lettuce, citrus fruits and other produce. Another, Invisipeel, is a molecular mix that throws off pests like bacteria, fungi and insects, effectively camouflaging fruit and veggies — an increasingly appealing solution with pesticide regulation on the rise. 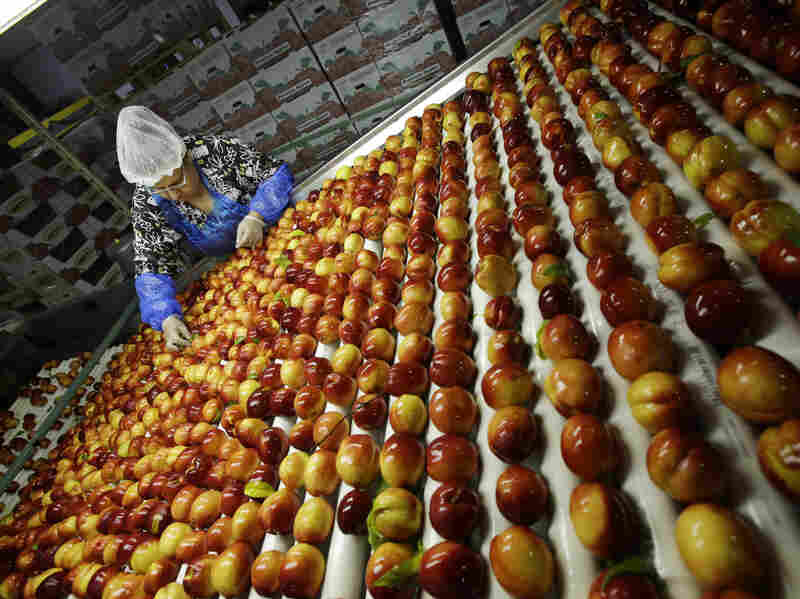 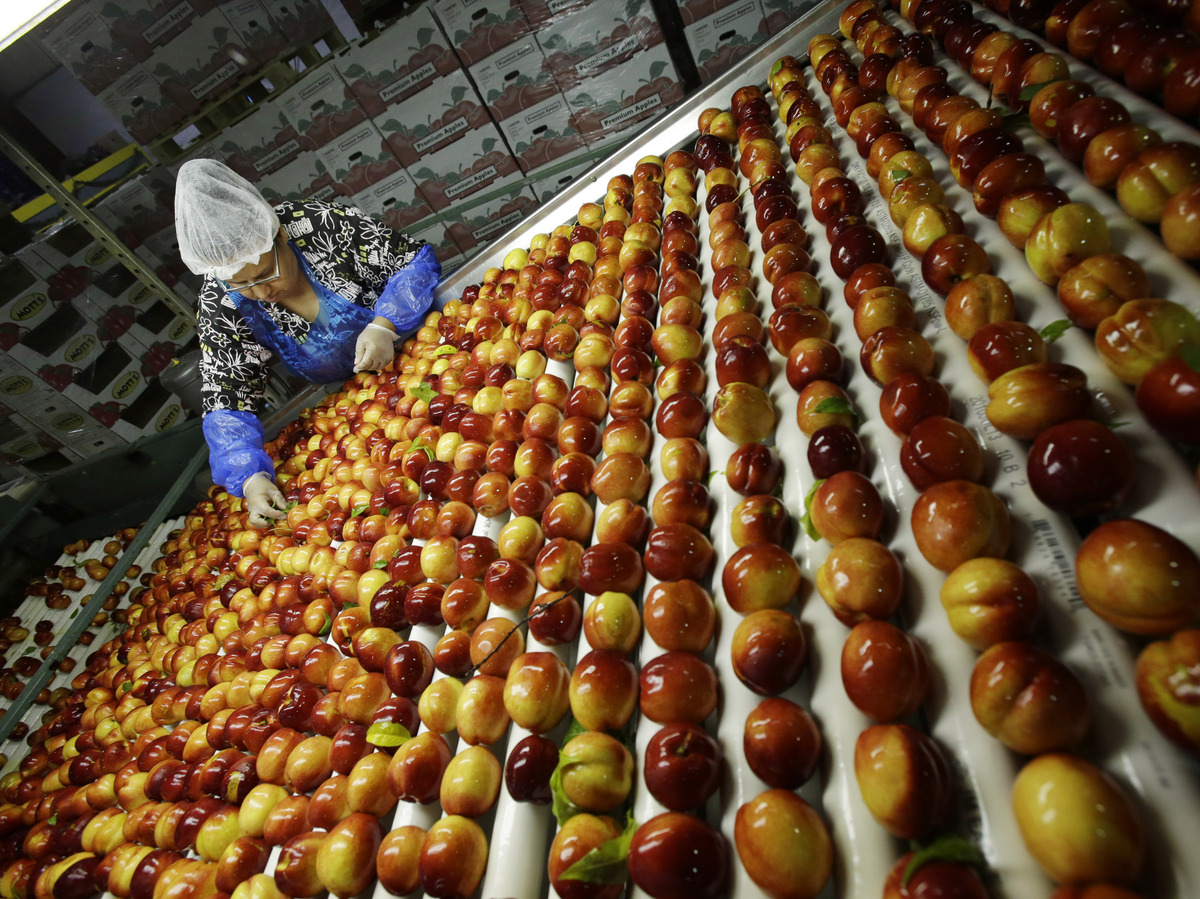 A worker removes leaves as nectarines get sorted for packaging in August 2013 at Eastern ProPak Farmers Cooperative in Glassboro, N.J.

How does the antimicrobial film work? The team extracts specific molecules from rejected produce or unused parts (like stalks, leaves and peels), and uses them to create a water-based solution that covers fresh produce in an extra-thin layer of "invisible, tasteless, organic and completely edible" protection.

During the process of obtaining FDA approval for edible products, it emerged that "the low-hanging fruit was fresh-cut flowers [pun not added]," said Rogers. "So we pivoted" and designed Florapeel — which repairs cut stems and improves flowers' ability to intake water, extending their lifespan up to 200 percent, he says.

Rogers started Apeel in 2012 as a doctoral student at UC Santa Barbara's Materials Engineering Department. After promising initial results, he enlisted postdoctoral researcher Jenny Du, a chemist, and they did as quintessential entrepreneurs do: set up shop in the garage. Further experiments bore fruit in the form of a $100,000 grant from the Bill and Melinda Gates Foundation (which is also a supporter of NPR).

Rogers projects that the elixir of life for flowers (Florapeel) will be available next quarter, with produce versions (Invisipeel and Edipeel) following close behind. All will be first available to select growers, then eventually to the public via the company's website.