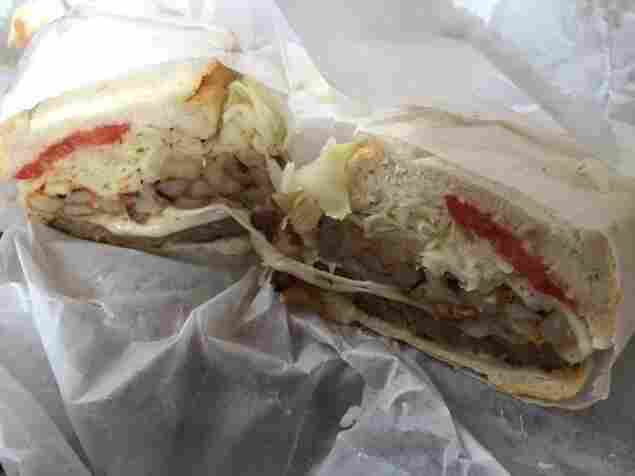 It's smiling at you. I guess it doesn't know what's about to happen. NPR hide caption 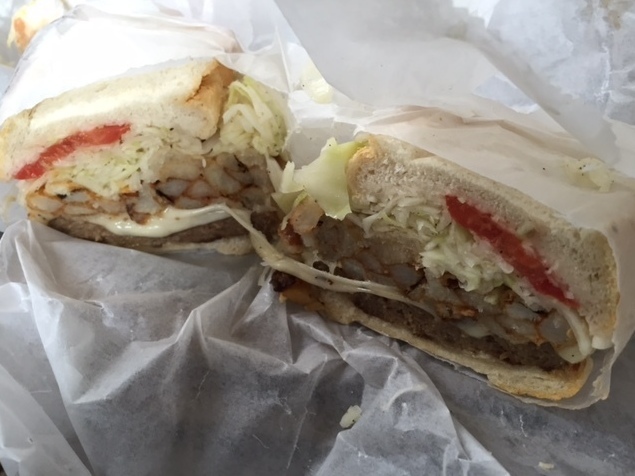 It's smiling at you. I guess it doesn't know what's about to happen.

Primanti Bros. puts fries and coleslaw on all of its sandwiches. We ordered The Pitts-burger. It's a beef patty, tomatoes, lettuce, plus the french fries and cole slaw, on white bread.

Eva: If my fries count as a topping, does that mean I can still order fries as a side?

Robert: It's thoughtful that they provide the sandwich, fries and coleslaw courses all in one package, since I probably won't live long enough to eat them separately. 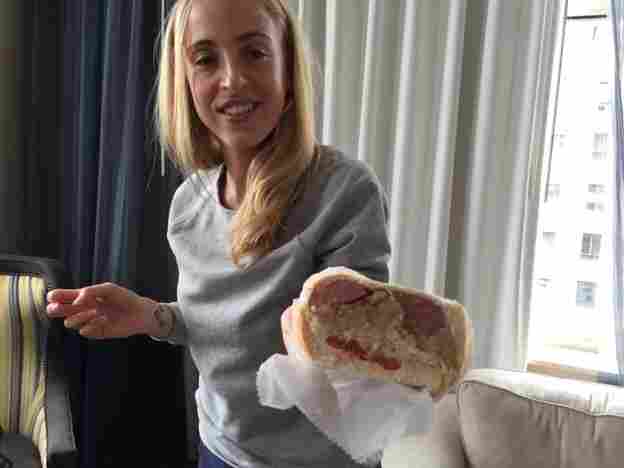 Eva is either showing off the Kielbasa & Cheese version, or trying to get it away from her face. NPR hide caption 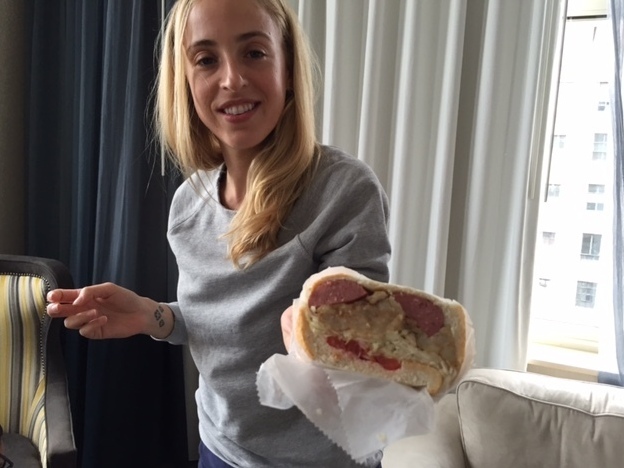 Eva is either showing off the Kielbasa & Cheese version, or trying to get it away from her face.

Miles: The texture is interesting. Was the sandwich assembled by a mama bird?

Eva: The Primanti Brothers are the Wright Brothers of Pittsburgh — except their sandwiches are responsible for several planes never getting off the ground.

Ian: I look at this thing stuffed with fries and cheese and realize it looks at me and sees the same thing. 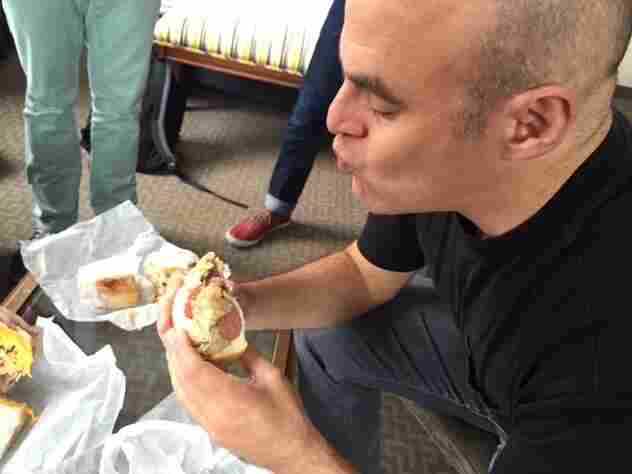 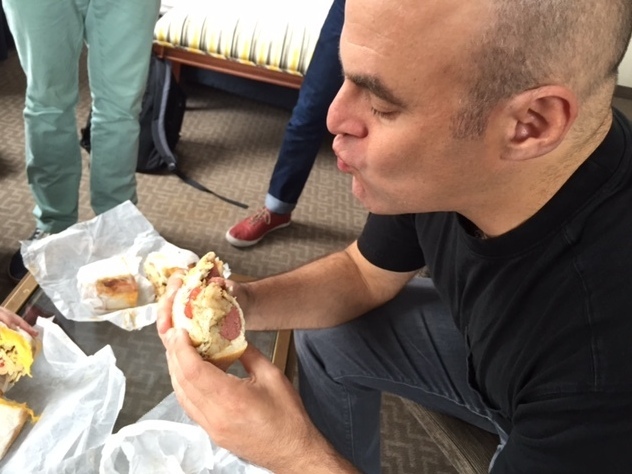 Kielbasaface is the new Duckface.

Miles: It's so dense. It's like they were trying to turn the sandwich into a diamond.

Ian: This is the kind of thing you just eat when you're drunk. And if you're really drunk, you send it a text at 2 a.m. telling it you think you should get back together.

[The verdict: We'd been looking forward to this one for a long time, but we all came away a little disappointed. The starchiness of the fries overwhelmed everything else. We respect Primanti Bros. as an innovator, but we've enjoyed the knockoffs more.]