Accessibility links
Can Hand-Cut, Artisanal Ice Make Your Cocktail That Much Better? : The Salt If you're sipping craft cocktails, your fancy $15 drink might now come with fancy ice. It's bigger, clearer and allegedly better tasting than the regular stuff made with tap water. 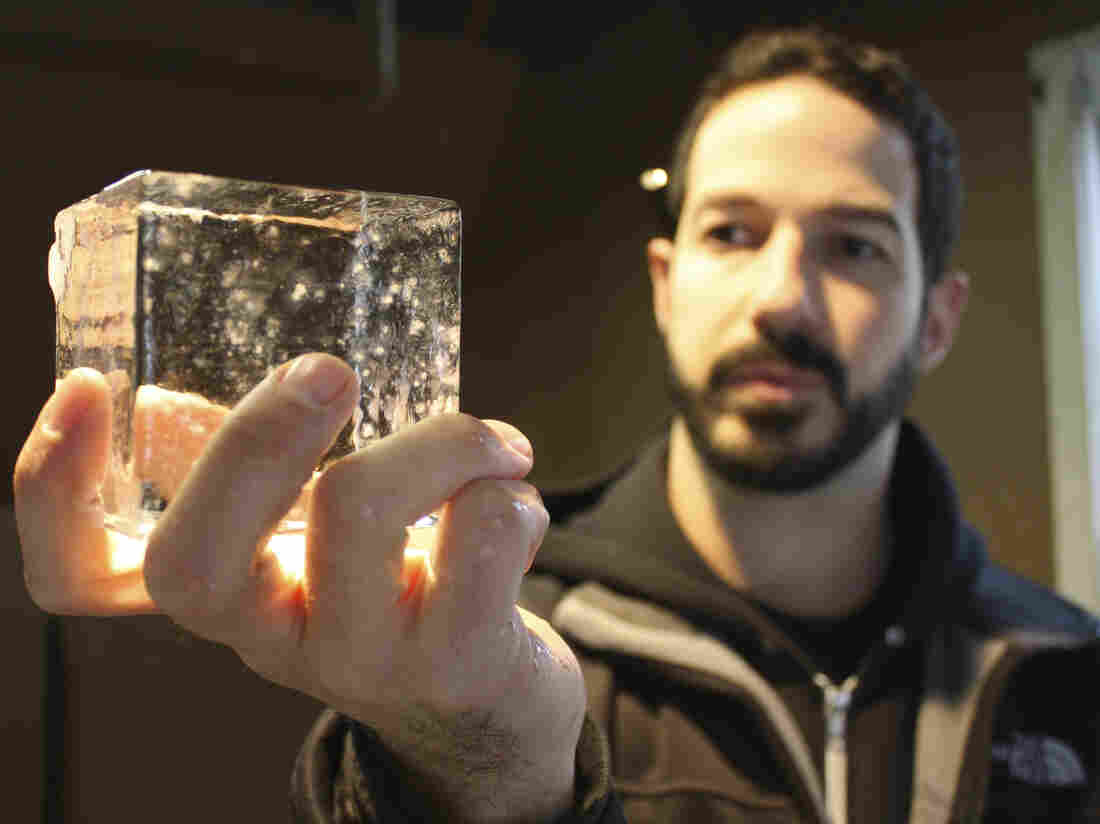 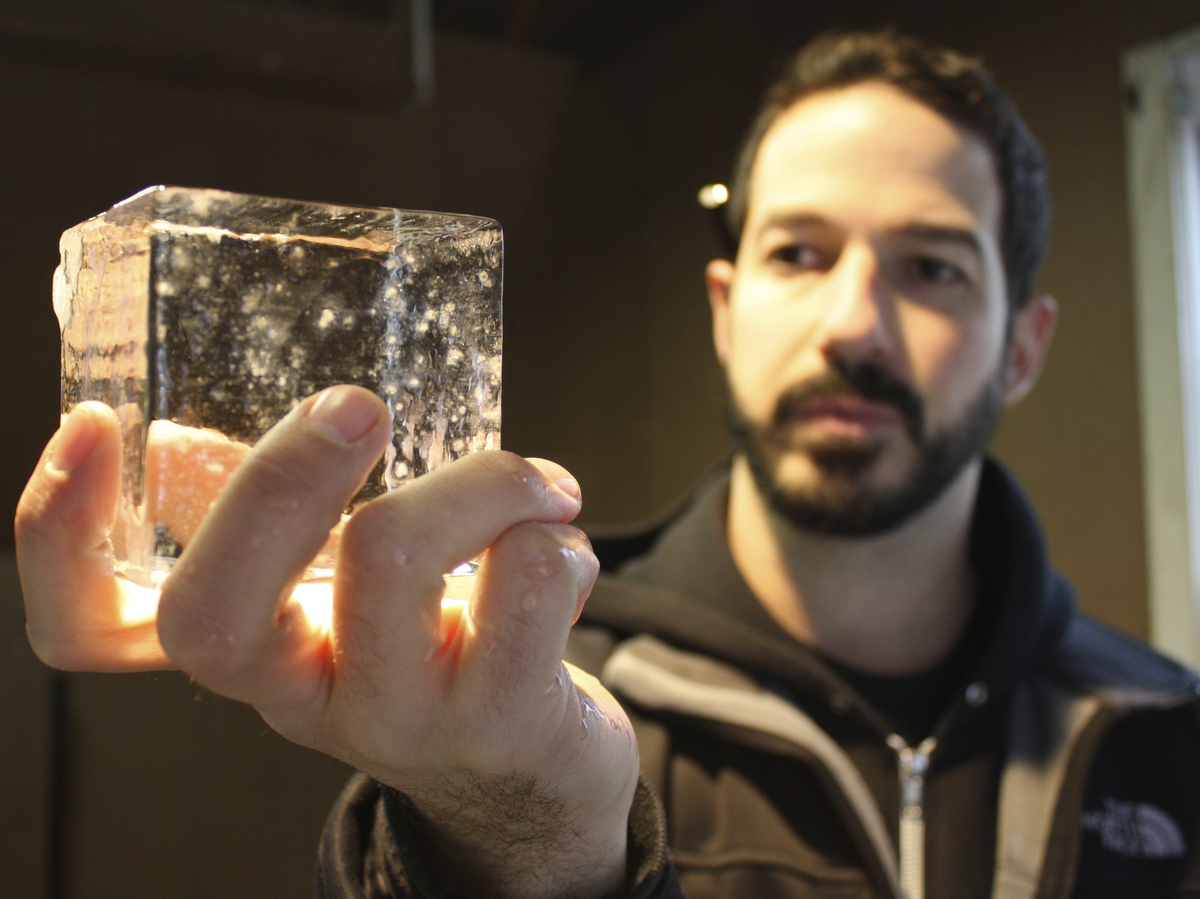 Joe Ambrose of Favourite Ice holds one of his crystal-clear artisanal cubes.

Now that we've entered the "craft cocktail" era, drinks with double-digit price tags are just par for the course. And in many cities, there's a decent chance that your fancy craft drink now comes with a large, crystal-clear cube or rectangle that melts unhurriedly in your glass. That's right: Artisanal ice is a thing.

Excuse me? That's what we said when the Washington City Paper reported that a restaurant called Second State will charge $1 per "hand-cut rock" if you order from its rye whiskey menu. (If you order one of the cocktails, which range from $11 to $17, the fancy cubes are included gratis.)

Perhaps you're having the same thought: Is there something wrong with plain old regular ice? Was the ice industry really crying out for disruption?

Well, not exactly. Turns out the rise of artisanal ice probably has more to do with bars trying to justify their high-priced cocktails with one extra perk: ice like you've never seen it before.

"If you're gonna get a drink that's $15, it better have the best ice," says Joe Ambrose, a bartender at the W Hotel who co-founded Favourite Ice, the company that's hand-chiseling frozen water for about 30 restaurants and caterers in the D.C. area. There are several similar fancy ice ventures around the country.

'Drunken Botanist' Takes A Garden Tour Of The Liquor Cabinet

So what exactly makes this ice better? Ambrose says it's a combination of aesthetics and practicality.

Regular ice is cloudy because of the minerals like calcium in tap water, Ambrose says. (Editor's note: Air bubbles that form as water crystallizes also contribute to the clouds, as some commenters pointed out.) So he filters water, and then puts it in a big machine made by Clinebell — the same machine that makes those huge blocks for ice sculptures.

The machine churns out 200- to 300-pound blocks of crystal-clear ice. Ambrose and his employee Caleb Marindin, who Ambrose dubs "the Eskimo" because of his Inuit routes, then cut up these giant blocks into 25-pound slabs or 2-inch cubes with a band saw.

"It's hard work: You're dealing with ice and slippery surfaces, and working with a blade that's made for cutting up cows," says Ambrose. "It's a little scary, especially when the blades wear down and pop and metal goes flying across the room. Oh, and your hands get really cold."

Sounds like fun, right? And keep in mind that Ambrose has a full-time job on top of filling his growing list of ice orders, which requires him to drive 45 minutes to Germantown, Md., daily to make and cut ice.

"It's lucrative, but we're not getting rich off it," says Ambrose, who co-founded the company with Owen Thomson, a bartender at Bar Pilar and Rose's Luxury.

Artisanal ice is pretty, but the real selling point is that the super-sized cubes melt more slowly, which gives you more time to enjoy the flavors in your fancy drink.

"The problem with lots of small ice cubes is that in 10 to 15 minutes, your drink tastes like watered-down booze — it doesn't taste how it's supposed to taste anymore," he says.

This flaw in regular ice is apparently not lost upon a growing number of drinkers who've experienced artisanal ice.

"I have managers who are telling me that when they run out of our ice, customers are getting upset," says Ambrose. "I'm like, 'It's just ice, bro.' "

An earlier version of this story stated that Owen Thomson helped Joe Ambrose cut the ice. In fact, Thomson co-founded the company but employee Caleb Marindin cuts the ice with Ambrose.