Accessibility links
A New Lending Library — For Your Kitchen : The Salt Fondue sets, ice cream makers and juicers are fun to have, but they take up a lot of cash — and counter space. A new Toronto start-up offers subscription-based access to borrowed appliances.

A New Lending Library — For Your Kitchen

A New Lending Library — For Your Kitchen 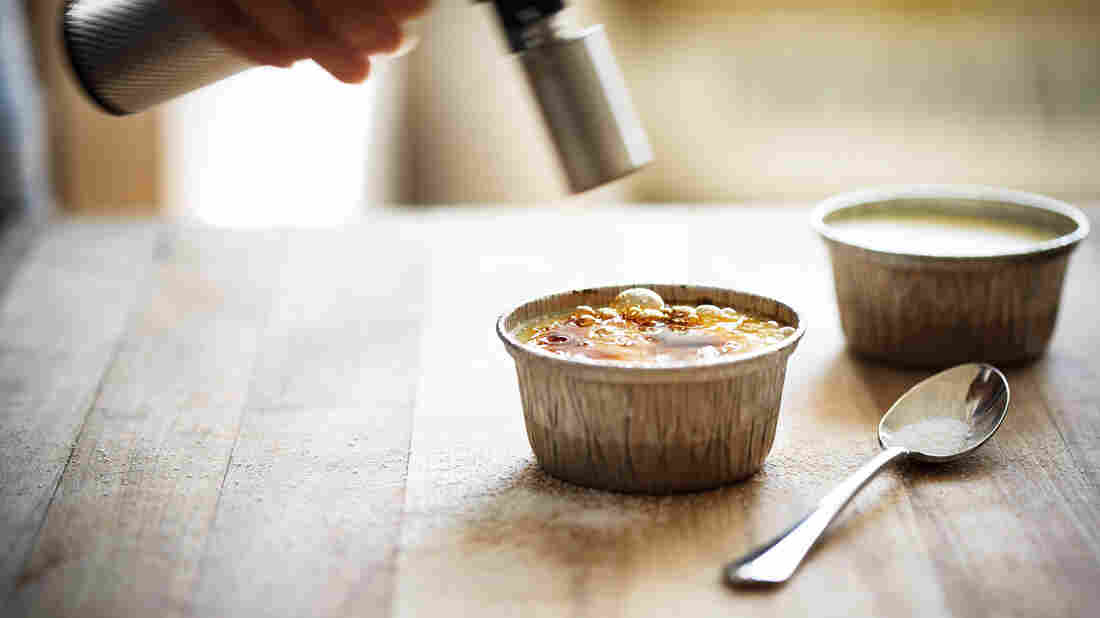 Say you want to make creme brulee, but don't own a kitchen blowtorch. What to do? In Toronto, there's a new solution: a start-up offering a library just for kitchen tools and appliances. Radius Images/Corbis hide caption 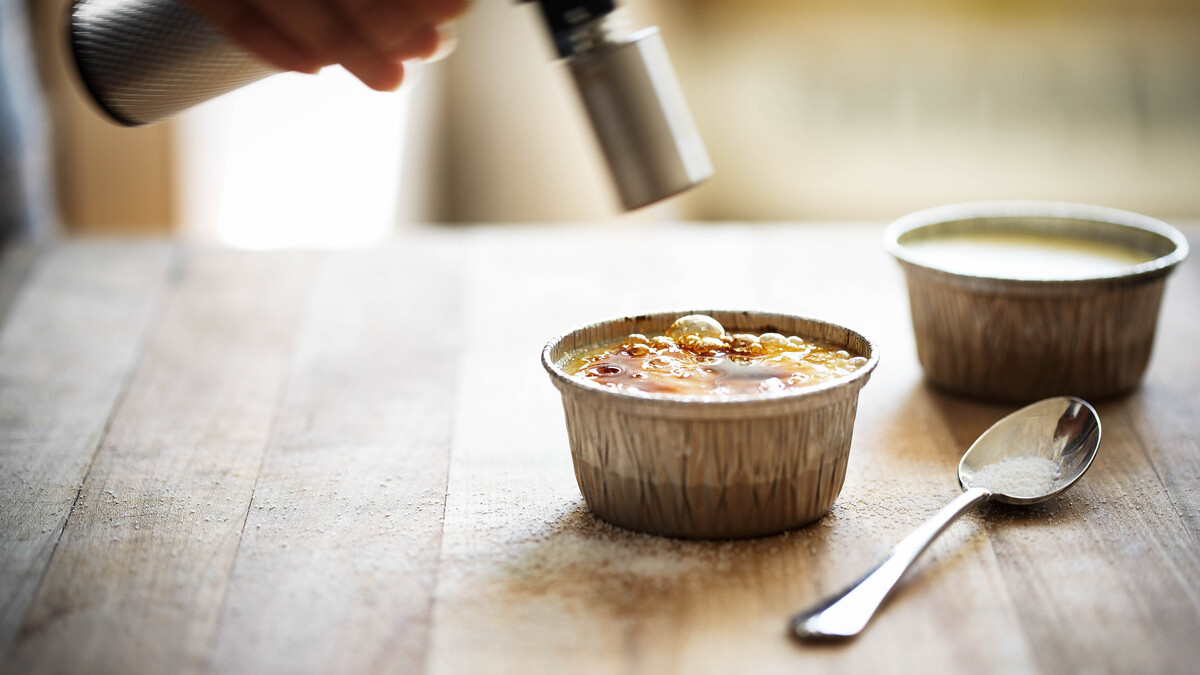 Say you want to make creme brulee, but don't own a kitchen blowtorch. What to do? In Toronto, there's a new solution: a start-up offering a library just for kitchen tools and appliances.

Fondue sets, ice cream makers and juicers. Fun kitchen gadgets to have, but frankly, who has the cash or counter space? The Kitchen Library understands, so it just rents out those appliances.

We're talking four-day access to myriad cool kitchen contraptions. In addition to the aforementioned gadgets, the library is also home to a chocolate fountain, a creme brulee set, hand mixers and slow cookers. There are more than 100 items in the inventory.

The Toronto-based nonprofit startup was created by 30-year-old Dayna Boyer, a Canadian foodie who was frustrated with her small kitchen. "As someone who loves to cook and lives in a tiny apartment in Toronto, I definitely didn't have space for the appliances I wanted," she says.

"I admit I started The Kitchen Library because of a juicer. I couldn't justify spending $300 on one," she wrote on her blog.

Boyer, who has worked in marketing and Web journalism, had been looking for a new challenge and was inspired by her work with the Toronto Tool Library, a business that loans out wrenches and power drills. She began thinking about how kitchen rentals might be similarly popular.

After putting out a call for equipment donations, Boyer was surprised by how much was handed in. "There's definitely no shortage of people willing to part with unused or underused items," she said.

The Kitchen Library is open four days a week to anyone over 18. For an annual fee of $50, users get three to five days (depending on the item) to use their chosen tools and return them washed and ready to re-lend. It's your basic library system, with a dose of washing-up liquid.

So far every item has been returned clean, but a few items have been broken. Boyer utilizes the Tool Library's resources to mend them.

And just like a book library, there are penalties for lateness. For those who are tardy returning their gadgets, late fees apply: $1 to $2 for most items and $5 for premium appliances.

With the change in season comes people's changing preferences for products. Canners are most popular in the fall, and warm and comforting carb makers — like bread machines and pasta makers — are big hits in the winter.

Some of Boyer's peers in the household world aren't such big fans, arguing that the presence of appliances is crucial for a stable kitchen. "I think it's a bad idea from a design standpoint because everything in the kitchen is designed around the appliances," said Vince Felicitta, the owner of Brown Felicitta Design. "You can't design properly if the appliances are constantly changing."

Members of The Kitchen Library are willing to cope with a changing kitchen set-up. They share two unifying characteristics: they love food, and they usually live in a small space. Boyer wouldn't share details about member numbers, but the library — which began inside the Tool Library's space — is moving to a new location and will start offering monthly memberships.

Boyer says the main idea is for people to take control of what they're eating. "There's a whole revolution happening around home cooking and being in charge of what goes into your food," Boyer said.

It still boils down to cooks making the best choices — opting for the slow cooker over the chocolate fountain. But with a kitchen library, at least more options are available.