Accessibility links
Who Should Pay To Fix The World's Salt-Damaged Soils? : The Salt The area of land no longer suitable for farming because of salt degradation is rising quickly. Scientists argue the private sector should help fund efforts to reverse it since it relies on the crops. 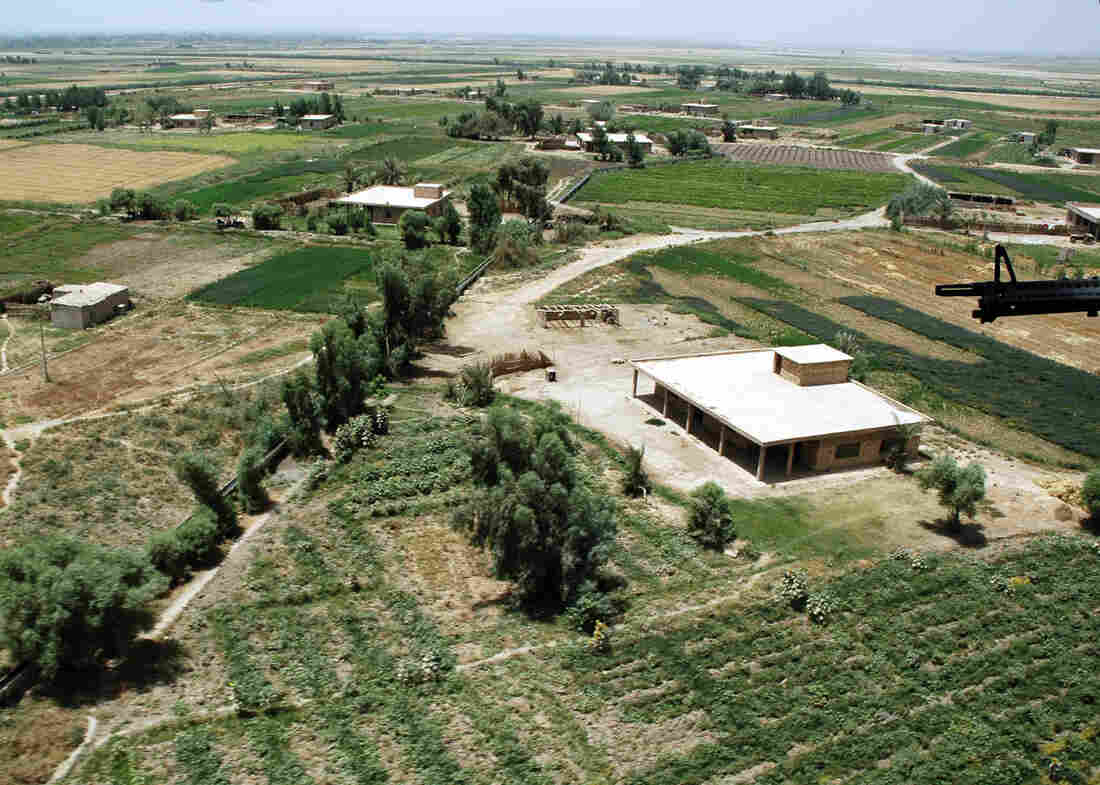 Farms outside Baghdad as seen from a U.S. Army Blackhawk helicopter. Much of Iraq's soil has a high salt content because of flooding and poor drainage. Jim Gordon/U.S. Army Corps of Engineers/Flickr hide caption 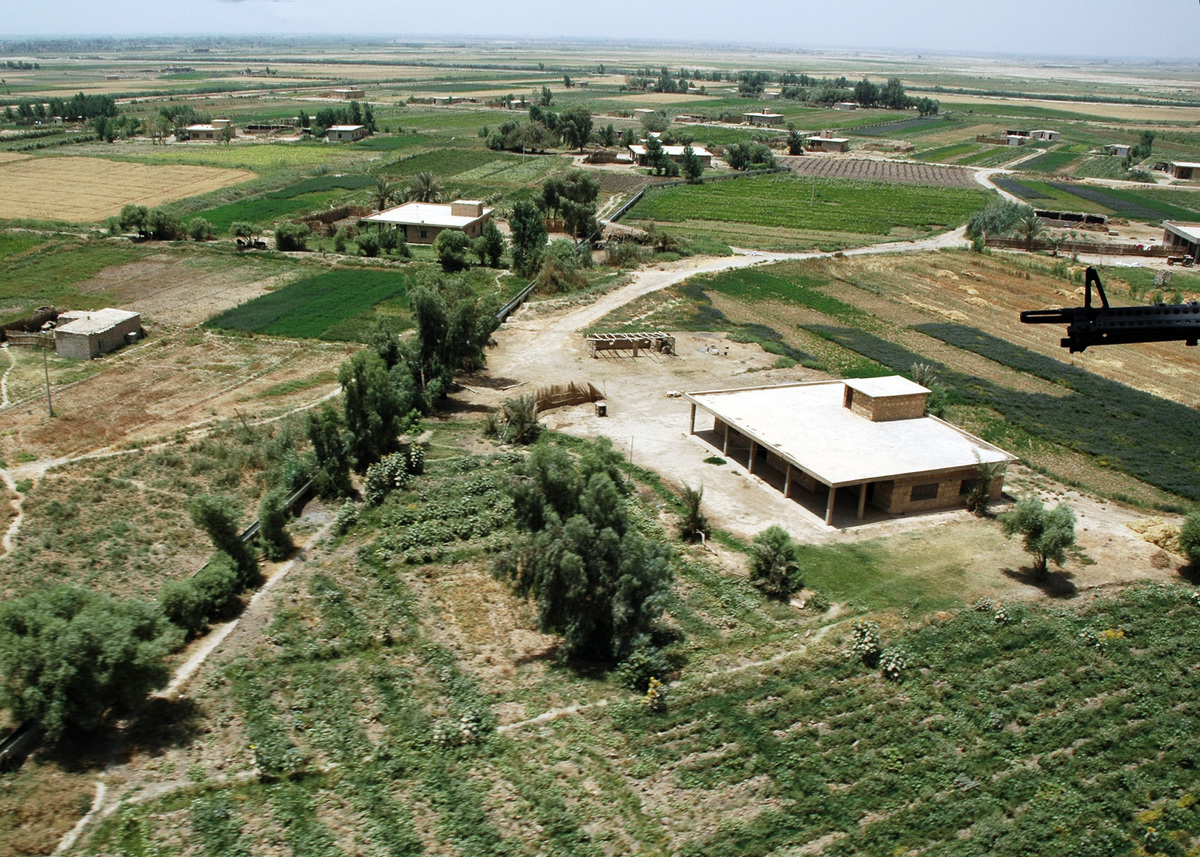 Farms outside Baghdad as seen from a U.S. Army Blackhawk helicopter. Much of Iraq's soil has a high salt content because of flooding and poor drainage.

Imagine losing about 5,000 acres, or 15 average-sized farms in Iowa, every day. That's how much productive farmland has succumbed to salt damage in the last 20 or so years, according to a paper published Tuesday by a group of international researchers. And, they say, all that degraded land is costing farmers $27.3 billion a year.

Rainfall and irrigation systems designed for lots of drainage usually keep salt from building up in the soil. But as climate patterns shift and more farmers irrigate without sufficient drainage, evaporated salt is crusting on top dirt clumps around the world — especially in places like Central Asia. Normally, soil has anywhere from zero to 175 milligrams of salt per liter. Once that level exceeds 3,500 milligrams per liter, it's next to impossible to grow anything, including major crops like corn, beans, rice, sugarcane and cotton.

That means "the farmers in salt-affected areas bear most of the cost of lost crop production," says Manzoor Qadir, lead scientist of the Water and Human Development Program at United Nations University and one of the authors of the paper, which appears in the UN Sustainable Development journal Natural Resources Forum. But the consequences accumulate all the way up the chain to other businesses that use those agricultural products.

No one had really studied the economic impacts of salt-damaged land, says Qadir. But now that the UN Food and Agriculture Organization has projected that we need to produce 70 percent more food by 2050, the salinity problem is becoming a much higher priority issue. On the 1-to-10 scale of land sustainability problems, "erosion is an 8 ... high-saline soils is a 2 problem," Chuck Benbrook, research professor at the Center for Sustaining Agriculture and Natural Resources at Washington State University, tells The Salt in an email.

The good news is we can stop, and in many cases, reverse it. According to Jack Watson, professor of soil physics at Pennsylvania State University, "salt doesn't disappear through any kind of biological or chemical means." But the top layer of dirt can be flushed with extra water, pushing the salt down below the roots of the plants.

But for places that don't have good drainage systems, often developing countries, this isn't an option. They need the manpower and the materials to build better systems, even a lobby to fight for a national drainage system that would move salt through the dirt and away from the crop roots.

So who should pay for these things? The private sector, that's who, according to the authors of the paper.

Can Quinoa Take Root On The 'Roof Of The World'?

Specifically, they say, the pulp and paper, transportation, packaging, clothing and even the travel industry should be digging deeper into their pockets. Why? Because the pulp and paper industry or clothing are directly affected by cotton production while transportation and packaging businesses are missing millions of shipments from areas that are producing less because of salt damage, like the Indus Basin in Pakistan or the Aral Sea Basin in Central Asia.

The private sector, says Qadir, can afford to buy the technology and cover the labor costs that would help. That might be a desalination plant, soil additives like gypsum that help absorb salt or land levelers to maintain the soil surface. It could even be as simple as helping farmers plant salt-tolerant crops like licorice.

Qadir wants to put the issue on the business community's radar because even companies keen to promote their "sustainably grown" or "sustainably harvested" products aren't talking much about soil yet. Whole Foods Market, for instance, rolled out a new sustainability program for their fresh produce and flowers that does include soil quality as a marker, but doesn't address the challenges of soil salinity.

But it's not a new, nor natural problem, says Zafar Adeel, director of the UN University's Institute for Water, Environment and Health. It's a human-induced problem and we don't have "the luxury of mismanaging that water now," he says.

Alison Bruzek is an intern for NPR's science desk.