Accessibility links
On The Trail To Preserve Appalachia's Bounty Of Heirloom Crops : The Salt With some 1,500 heirloom fruits and vegetables under cultivation, Appalachia is the most diverse foodshed in the U.S., Canada and northern Mexico. Among them is a beloved corn called Bloody Butcher. 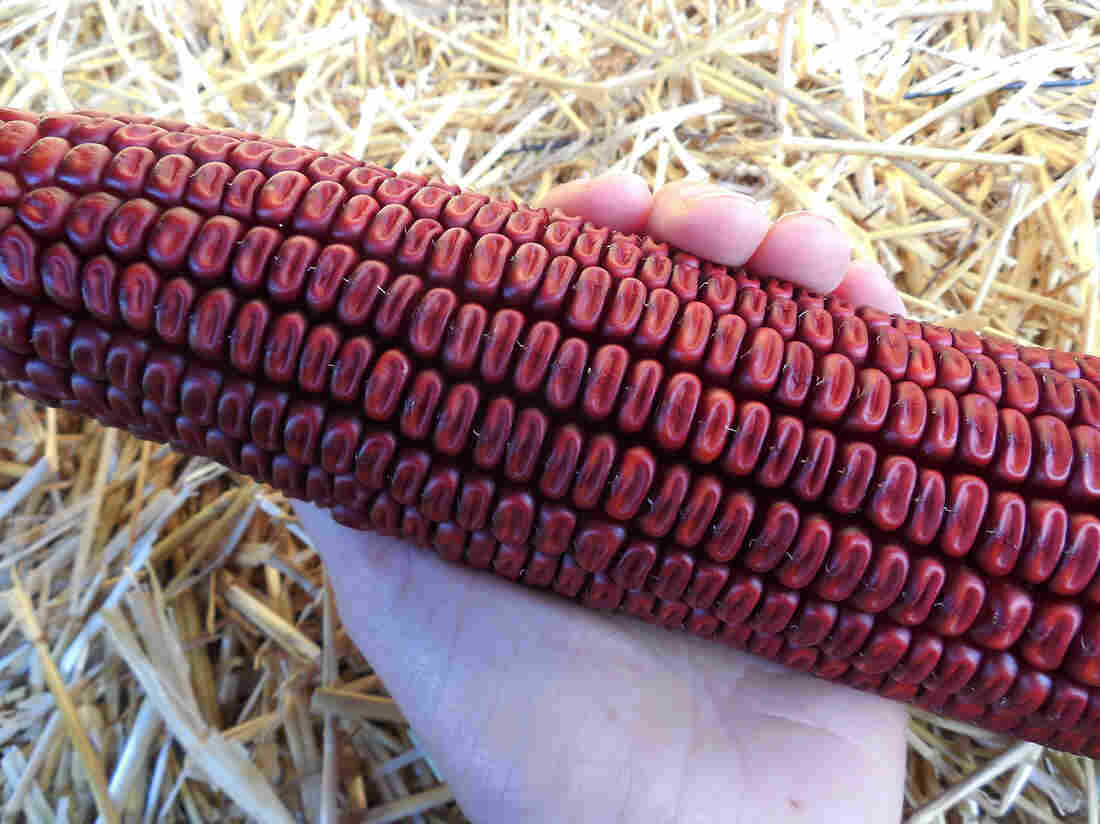 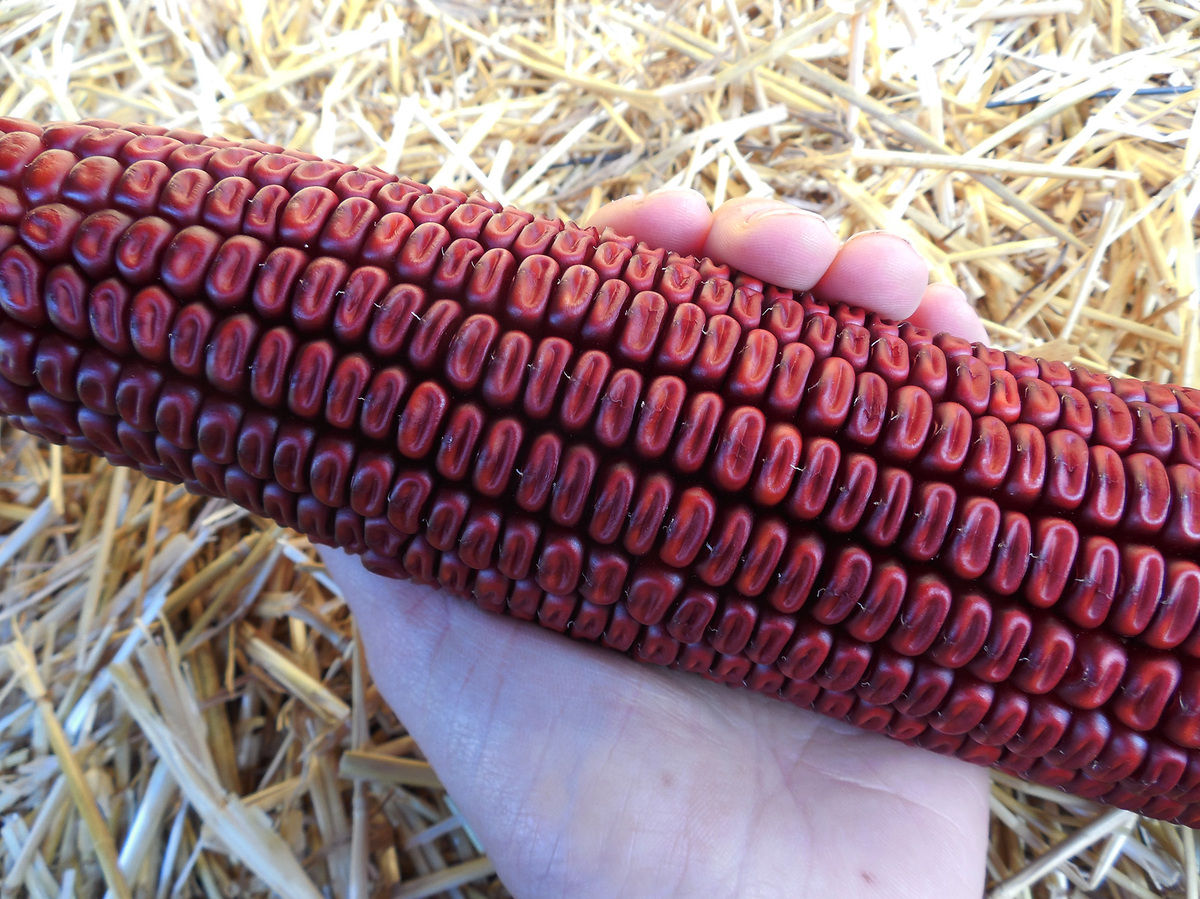 Edgar Meadows has been growing Bloody Butcher corn, an heirloom variety, for generations. The name Bloody Butcher refers to the flecks of red mixed onto the white kernels, like a butcher's apron, Meadows says.

Appalachia may be one of the poorest regions of the U.S., but when it comes to heirloom crops, it's got the riches.

James Veteto is an anthropologist at Western Carolina University and an apple farmer who directs the Southern Seed Legacy Project. He's has spent the past 16 years traveling throughout Central and Southern Appalachia, talking with farmers about the heritage fruits and vegetables they grow.

That journey lead him (and other researchers) to realize that, with some 1,500 heirloom fruits and vegetables under cultivation, Appalachia is the most diverse foodshed in the U.S., Canada and northern Mexico. Among that bounty are 633 distinct varieties of apple and 485 distinct varieties of bean.

Reviving An Heirloom Corn That Packs More Flavor And Nutrition

The heritage seeds central to this "agrobiodiversity" have been passed down through generations of families. In many cases, the seeds date back hundreds of years to when Native Americans were cultivating seeds from woodland plants like pawpaws. Other crops like corn traveled to Appalachia from southern Mexico via the Southwest U.S.

Veteto is part of a growing number of seed savers who are helping revive heritage fruits and vegetables that are on the brink of extinction. And he says that most of the dedicated seed savers in Appalachia are aging, so there isn't much time left to help farmers keep cultivating these valuable antique seeds.

One heirloom seed that has been seeing an increase in popularity in West Virginia is a local species of Bloody Butcher Corn. Edgar Meadows, 93, is one saver of seeds of the corn that have been in his family for at least five generations in West Virginia. The name Bloody Butcher refers to the flecks of red mixed onto the white kernels — like a butcher's apron, Meadows says.

Meadows' daughters Frances and Beverly help out on the farm. They say they keep planting Bloody Butcher not only to help preserve their family's history, but to continue its food traditions. 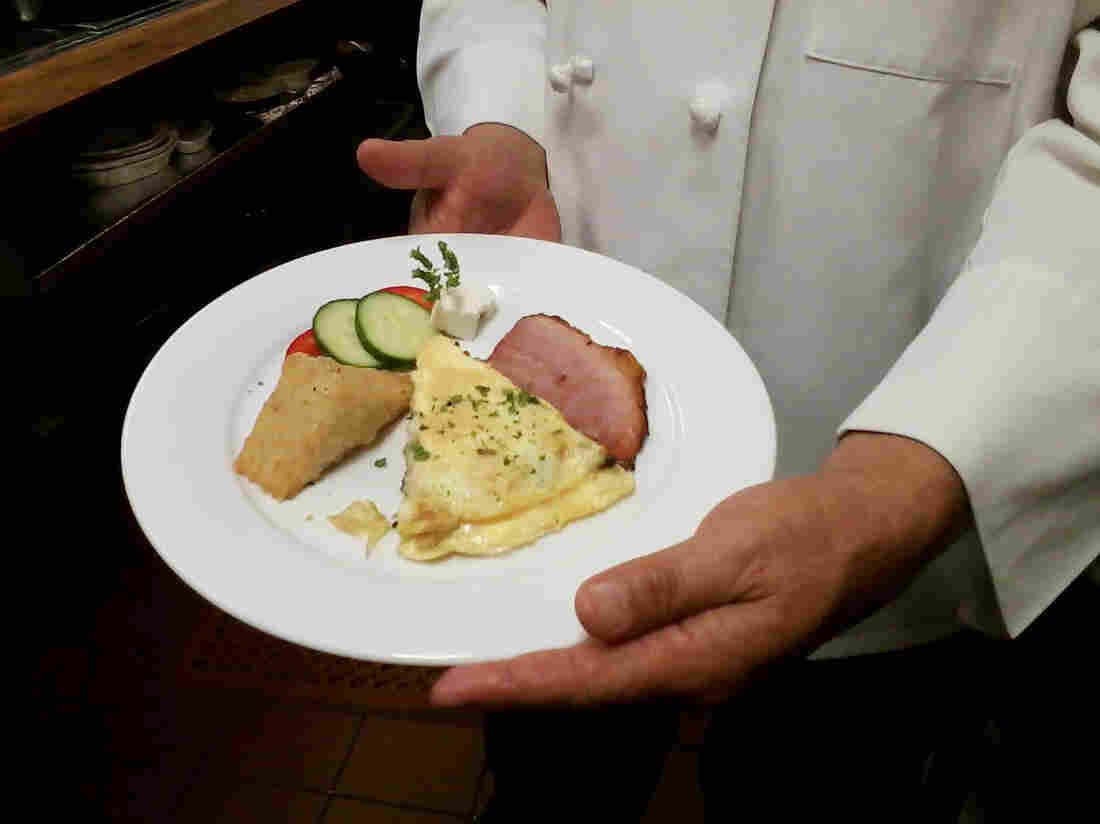 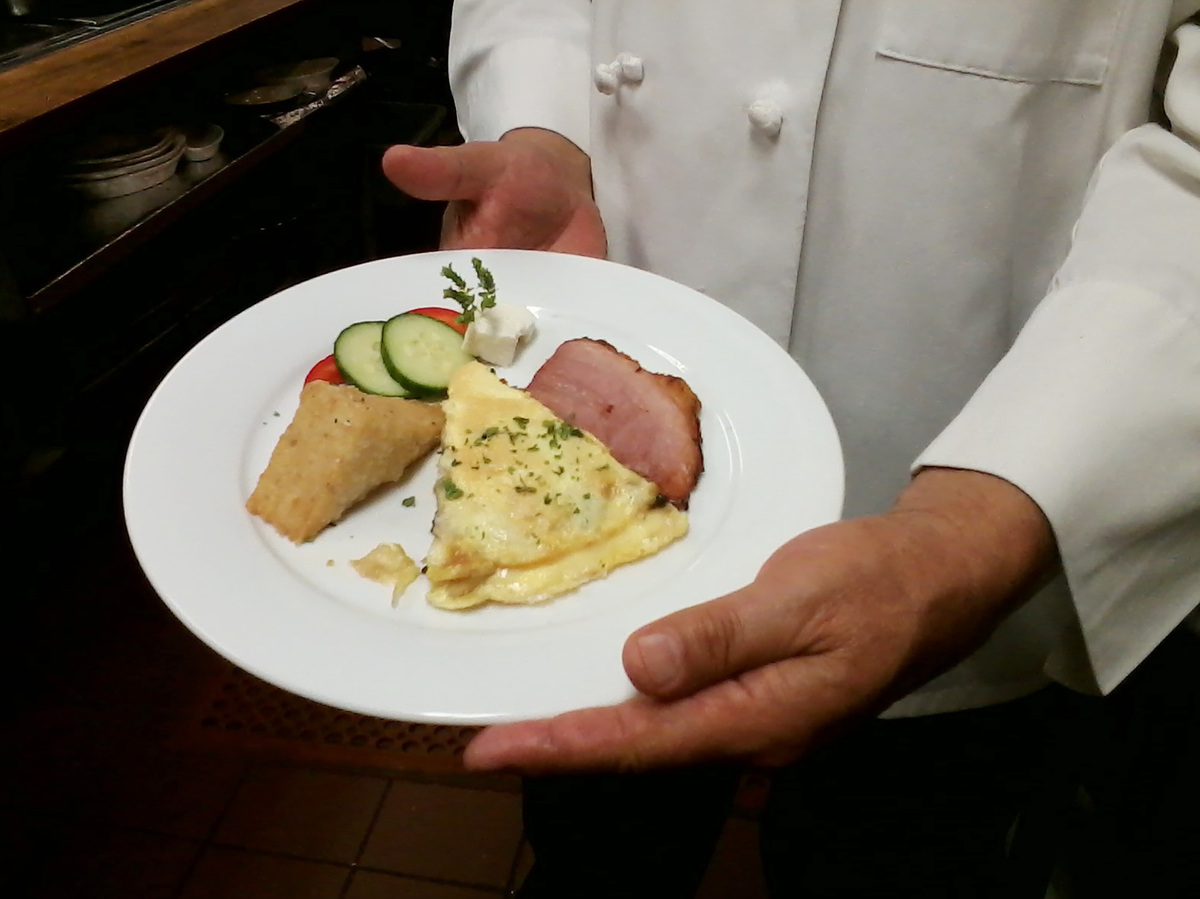 A breakfast dish at Cafe Cimino in Sutton, W.V. includes polenta made with Bloody Butcher corn.

Edgar Meadows says he grew up on cornbread made with Bloody Butcher, and even today it's the only cornbread he'll eat.

And he's right — there is something perfect about the cornbread made from this coarsely-ground meal. It has a unique gritty texture. The butter clings to the bits of grit, and there is an earthier, more complex taste than commercially ground cornmeal.

Edgar Meadows grew up during the Great Depression. Back then, his family raised Bloody Butcher corn using a mule to plow their fields, and the corn was used for everything from hominy to cornbread to animal feedstock — even to make moonshine. Varieties of white corn don't grow so well in the mountains of West Virginia. But the Bloody Butcher matures in about 90 days and is perfectly suited for the early frosts and short season here.

Other seed savers in Appalachia claim that the origin of Bloody Butcher goes back to when white settlers mixed their white corn with red corn, likely in Virginia in the early 1800s. Meadows says his family originally brought the seed from Tennessee in the late 1800s.

For years, the family had been selling the Bloody Butcher mostly to farmers to use as feedstock, keeping some cornmeal around mostly just to cook with themselves. But this year the family sold 1,200 pounds to a local mill to be ground and sold locally.

In 2004, they also began selling cornmeal to Tim Urbanic, a chef from a nearby Italian restaurant called Cafe Cimino in Sutton, W.V. He heard about the Bloody Butcher, and he said if it could be ground into a coarse polenta, he would serve it in his restaurant.

"It's an antique corn, and the seeds are very, very hard to find," Urbanic says.

He makes polenta with water, Romano cheese and fresh butter "It's stone-ground which gives it a great texture, and this corn makes a polenta with a very special flavor," he says.

He cooks the polenta and then leaves it overnight to firm. In the morning, he cuts it in triangular wedges, dusts it in flour and a bit of salt and pepper, and then fries it in oil.

He serves the polenta wedges along with an omelet, scones, date and molasses cake, and a fruit cocktail with fresh mint and peach nectar. The polenta has perfectly crisp corners and a creamy texture inside.

Preserving a food that is more in demand means preserving farming with heirloom seeds. As Allison Aubrey reported in her story about the revival of Eight Row Flint corn in the Hudson River Valley, these crops — which have lower yield than the hybrid corn varieties most farmers nationwide grow — may not really commercially viable unless you convince more people to pay for taste over volume.

Veteto says that will require a new generation of farmers taking an interest in these small, niche markets and finding ways to protect the heritage seeds from becoming eclipsed by large-scale, genetically modified and hybrid crops.

Roxy Todd is a reporter for West Virginia Public Broadcasting. A version of this story appeared on the WVPB website.