Accessibility links
Why Farmers Aren't Cheering This Year's Monster Harvest : The Salt Farmers will haul in a record-breaking harvest of soybeans and corn this year, but they could be victims of their own success: Prices for these crops, falling for months, are at five-year lows. 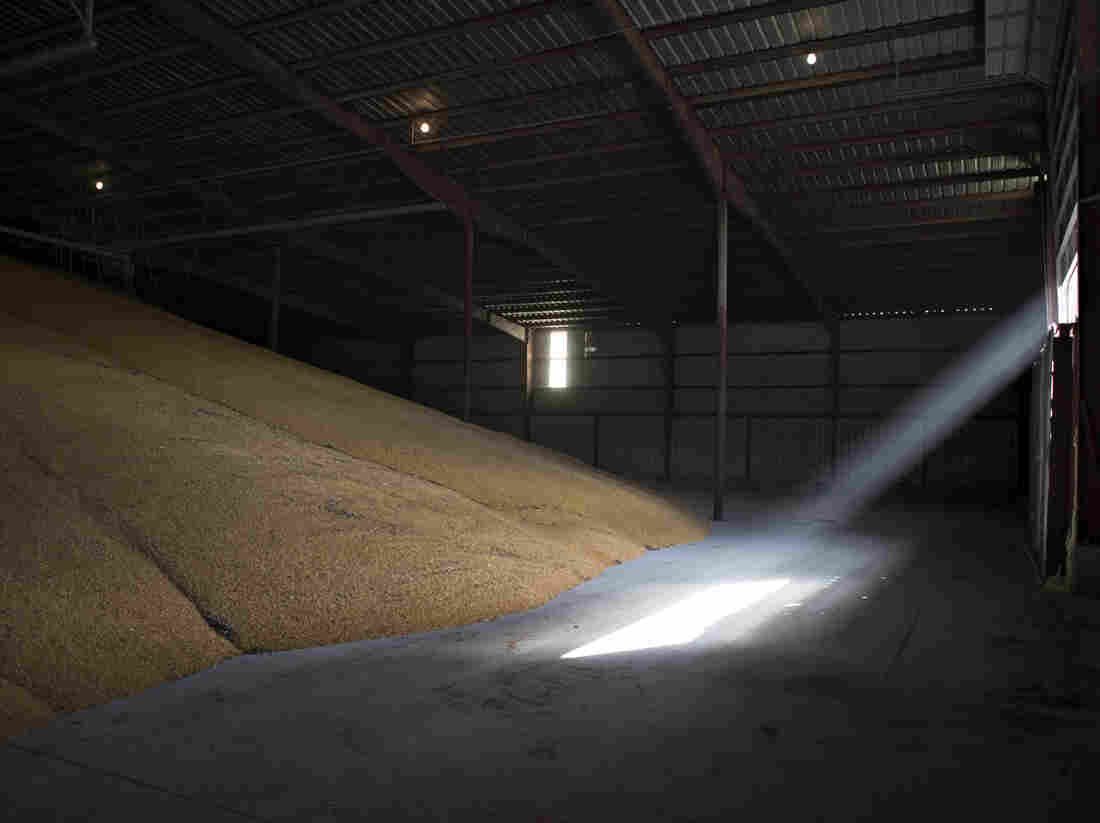 Sunlight streams into a corn storage building at a Michlig Grain storage facility in Sheffield, Illinois, U.S., on Oct. 31, 2014. The price of corn has been falling for months. Daniel Acker/Bloomberg via Getty Images hide caption 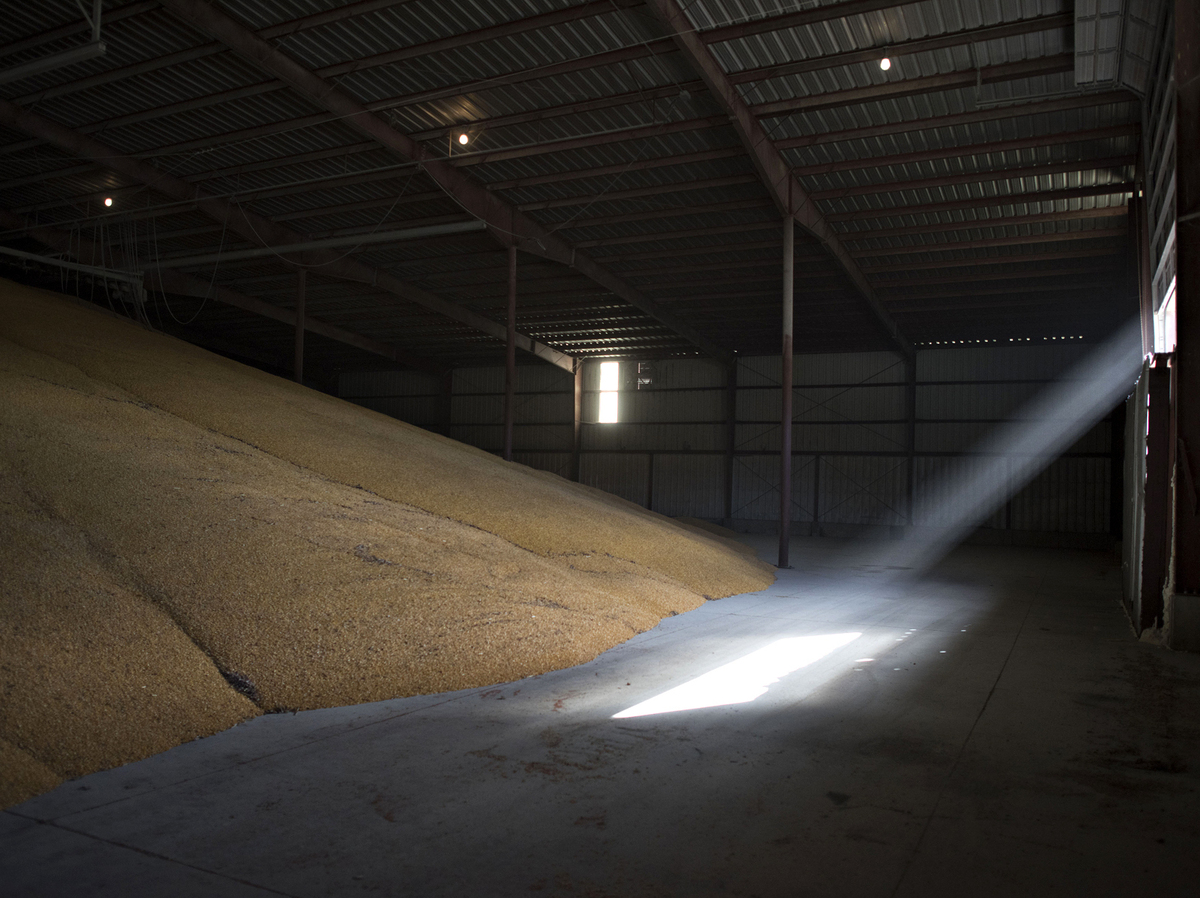 Sunlight streams into a corn storage building at a Michlig Grain storage facility in Sheffield, Illinois, U.S., on Oct. 31, 2014. The price of corn has been falling for months.

U.S. farmers are bringing in what's expected to be a record-breaking harvest for both corn and soybeans. But for many farmers, that may be too much of a good thing.

Farmers will haul in 4 billion bushels of soybeans and 14.5 billion bushels of corn, according to USDA estimates. The problem? Demand can't keep up with that monster harvest. Corn and soybean prices have been falling for months. A bushel of corn is now worth under $4 — about half what it was two years ago.

That has farmers like Gene Trausch worried. From the cab of his John Deere combine, Trausch watches the machine churn through a field of soybeans. His irrigated soybean fields are showing big yields. So did the corn he recently picked.

"We out-produced ourselves," says Trausch, who raises raise corn, soybeans and wheat near Minden in central Nebraska.

When prices started booming around 2007, farmers planted millions more acres of corn and beans — much of it in places where they would normally grow wheat or cotton. Even land set aside for conservation was plowed up to grow corn. Trausch jokes that Mother Nature usually keeps things in check.

"You always hope your neighbor burns up, hails out, whatever, dries up, but you have a good crop," he says. "You know, that's just the way it works. But everybody had a good crop this year. "

That means a glut of corn and soybeans and the lowest prices in at least five years. To make matters worse, the oil boom in North Dakota is tying up the railways used to ship grain. Trains for things like coal or imports are also running behind. Bruce Blanton at the U.S. Department of Agriculture says the wait means some of the harvest could go to waste.

"If there's not enough storage, and the rail service problems persist, grain could be stored on the ground and run the risk of spoiling," Blanton says.

Some farmers will have so much grain to sell, they'll still manage to make some money. Others will lean on saving or subsidized crop insurance. Low prices could even trigger a new set of government safety nets in the Farm Bill.

Cory Walters, an agricultural economist at the University of Nebraska-Lincoln, says rising costs for everything from seeds to fertilizer make these low commodity prices harder to handle.

"Does that mean we're going to have multiple years of low prices and it's all doom and gloom? No, I don't buy that right now," Walters says. "Because there's a lot of changes could happen from year to year on acreage, weather."

But that was last year. And until prices move up again, farmers like Gene Trausch who had cash to burn a couple of years ago are saving, not spending.

"It's going to hurt," Trausch says. "Because the store fronts in town like in Minden, Kearney, Hastings, Grand Island, wherever - they're going to be hurting. And then also, your implement dealers. They're just not going to sell nothing."

Farm machinery companies have noticed. John Deere plans to lay off 1,000 workers at plants in Iowa. Another company, AGCO, says it will cut around 100 jobs in Kansas.

While Trausch and some other farmers remain on solid ground financially, others will likely struggle as they try to figure out what crop to plant if commodity prices stay low.

But in agriculture, that's often how the cycle goes.