Accessibility links
Regulators Ban Cod Fishing In Gulf Of Maine As Stocks Dwindle : The Salt The federal government is shutting down cod fishing in the Gulf of Maine for the next six months. But fishermen, who now face an uncertain future, dispute the government's cod counts. 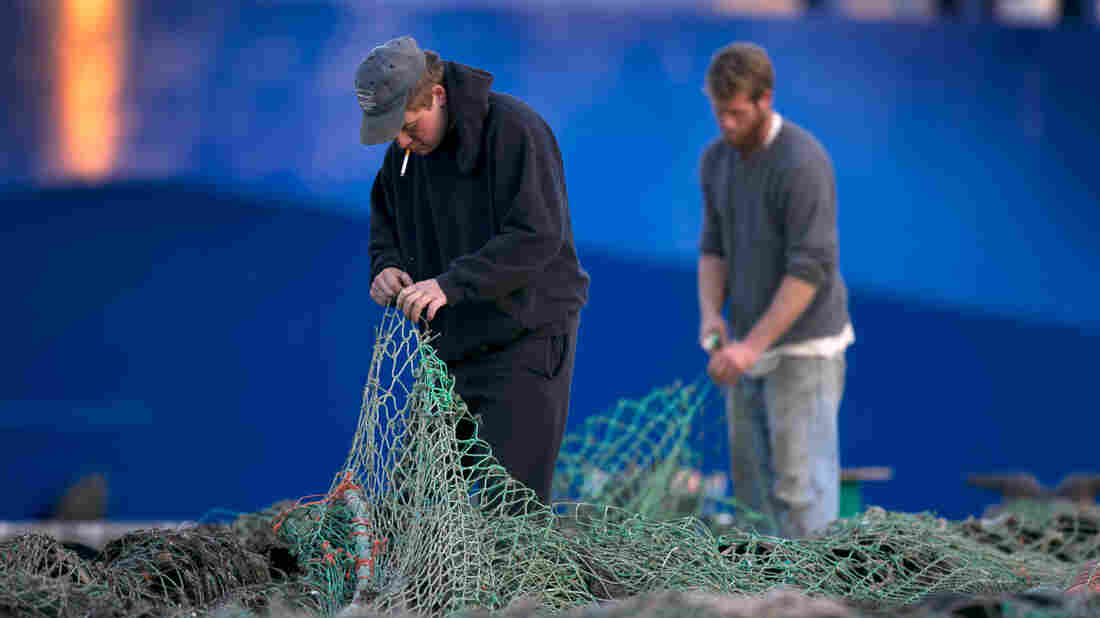 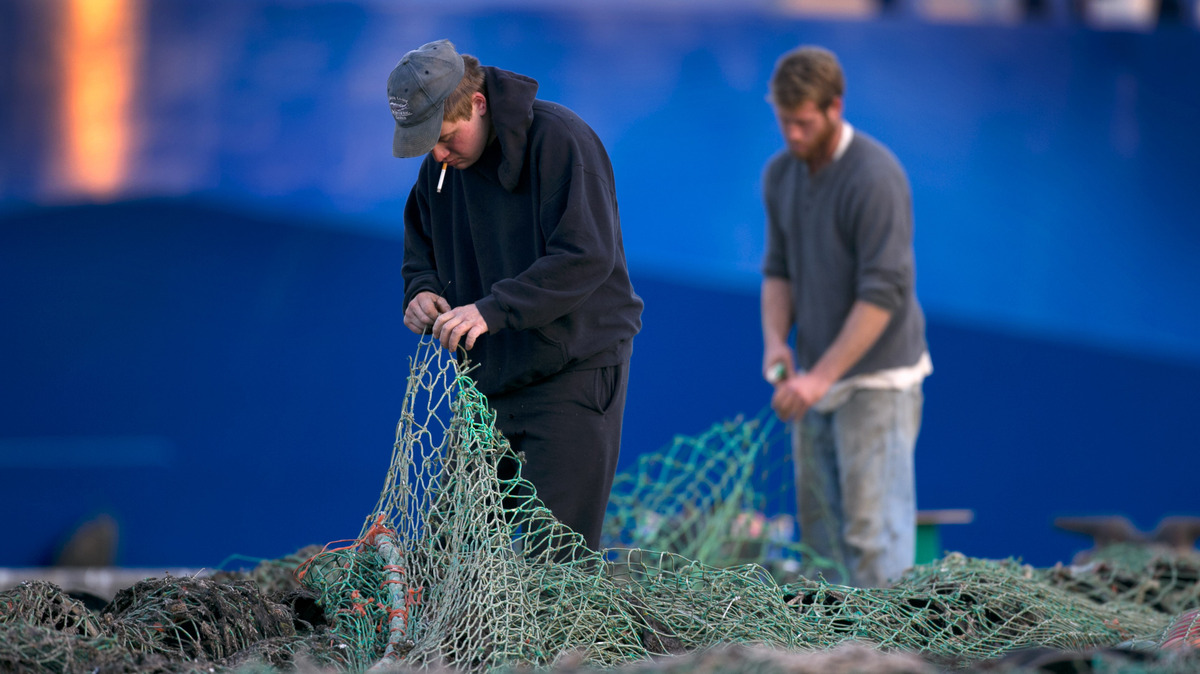 The National Oceanic and Atmospheric Administration is shutting down cod fishing, from Provincetown, Mass., up to the Canadian border, in an effort to reverse plummeting numbers of the iconic fish in the Gulf of Maine.

Starting Thursday, no fishermen — commercial or recreational — may trawl or use certain large nets that might catch cod for the next six months. Local cod fishermen, who now face an uncertain future, say the government hasn't done enough to maintain cod populations, and they challenge NOAA's cod counts.

"This is uncalled for," says Joseph Orlando, a fishermen who trawls for cod off the coast of Gloucester, Mass., just north of Boston. Orlando and a friend had had been looking forward to fishing heavily for cod for the next two months, when holiday demand boosts prices. Now, that's off the table.

"There's more codfish out there. There's always been," he says. " I mean, their science is just absurd."

The science he's referring to is data from NOAA that find haddock numbers are up, but cod are down. Michael Ruccio, an analyst with NOAA, says cod are at 3 to 4 percent of levels necessary for the population to be sustained.

"For cod to make a meaningful recovery, it's important to begin to protect their spawning activities, as well as where they aggregate and are found in large concentrations," Ruccio says.

The new federal rules expand areas where cod fishing was already banned. And accidental catches of cod are limited to 200 pounds per boat. But the Gulf of Maine is vast, and cod populations vary widely. That helps explain why fishermen like Orlando and NOAA scientists are coming up with two very different views of cod populations, says James Wilson, a professor of marine science and economics at the University of Maine.

He adds, "When the feds report that, on average, there are no codfish, or very few, they're correct. When the fishermen in Gloucester report they see a lot of codfish, they're correct. The problem is trying to manage the system as if it was a single system when in fact, it is a system that has many different parts."

Wilson — and the fishermen — note that as water depths and temperatures change, in part as a result of climate change, fish species are moving into different places. As NOAA implements immediate, short-term management measures for the entire Gulf of Maine, some fishermen fear these measures will become permanent. There's a lot of debate over how the federal government is counting fish, and where. In the meantime, fisherman Joseph Orlando is concerned about imported cod taking over the market.

"We have more regulations than anybody else in the world," he says of U.S. fishermen like himself. "But yet, we get pounded the most. And we import from countries that have no regulations. It's an outrage."

The ban on cod fishing is for the current season and will be effective until May. But biologists, fishermen and regulators have been monitoring cod stocks for 40 years, and frequently changing rules. This most recent ban is the most drastic ever for cod.