Accessibility links
Ferran Adria And Fellow Star Chefs Talk Biodiversity In Brazil : The Salt A group of chefs gathered this month in Sao Paolo to talk about how they can help preserve biodiversity. Among their warnings: If we lose food products, we will lose flavors and traditions. 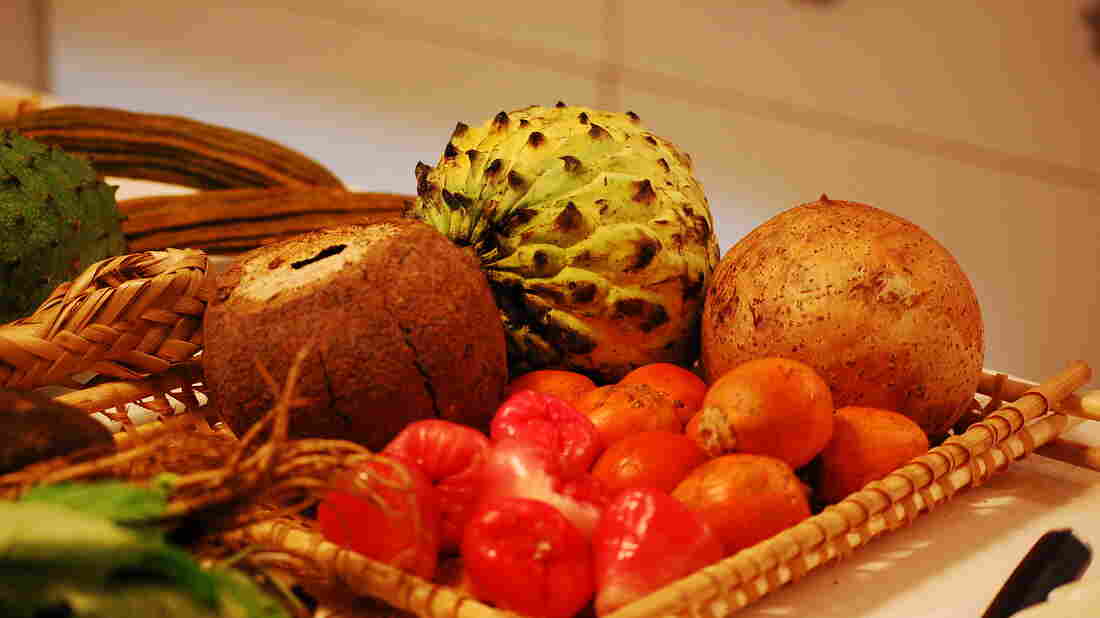 Brazilian fruits, including jambu and tapereba (lower right), displayed for a gathering of chefs in Sao Paolo. Paula Moura for NPR hide caption 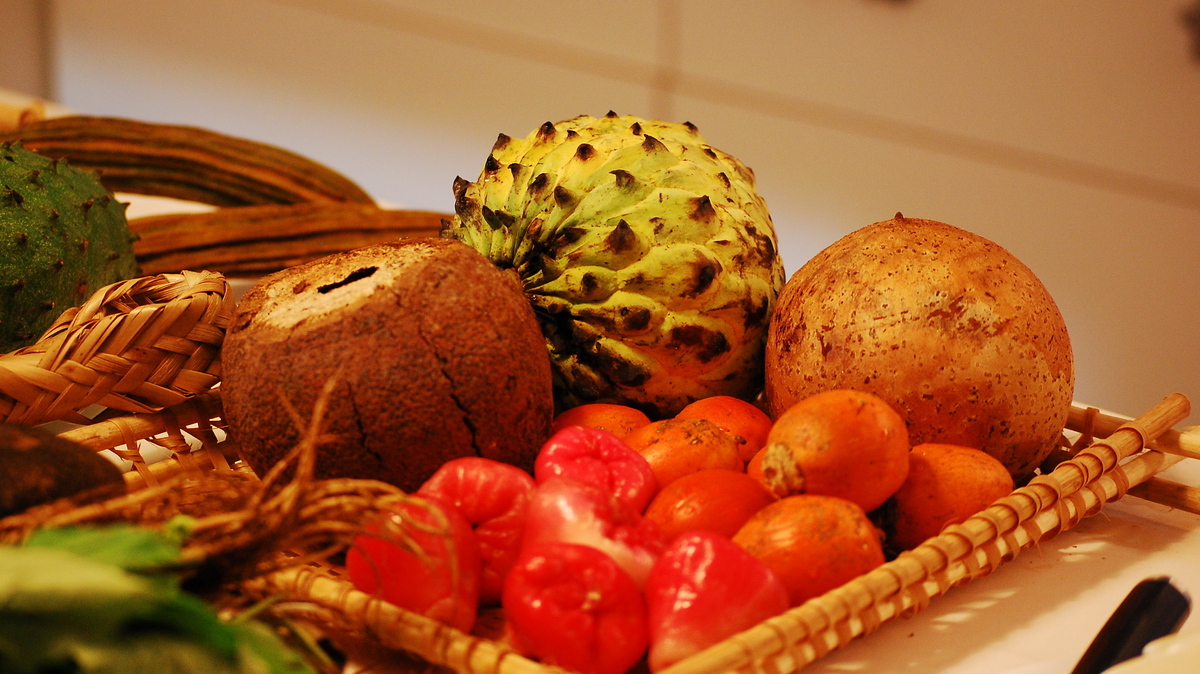 Brazilian fruits, including jambu and tapereba (lower right), displayed for a gathering of chefs in Sao Paolo.

Culinary superstars gathered in the Brazilian city of Sao Paulo this month at an event organized by the Basque Culinary Center. But they weren't there to cook. Instead, the the famous chefs were talking about biodiversity.

You may heard their names before: Ferran Adria of Spain, Alex Atala of Brazil, Michele Bras of France and Enrique Olvera of Mexico. They are so called super-chefs who've lorded over the kitchens of some of the priciest, most innovative restaurants in the world with the Michelin stars to prove it.

But here are some unfamiliar names for you to consider: jambu, tapereba, cajá. If you don't recognize these Brazilian delicacies, don't worry. Most of Brazilians don't either. These local fruits, displayed for the gathering of chefs, look as exotic as they sound, with bright colors and unusual textures. 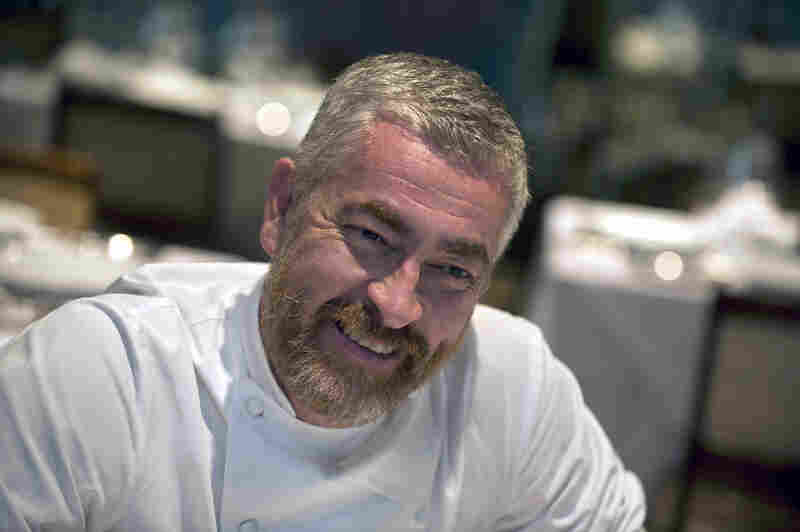 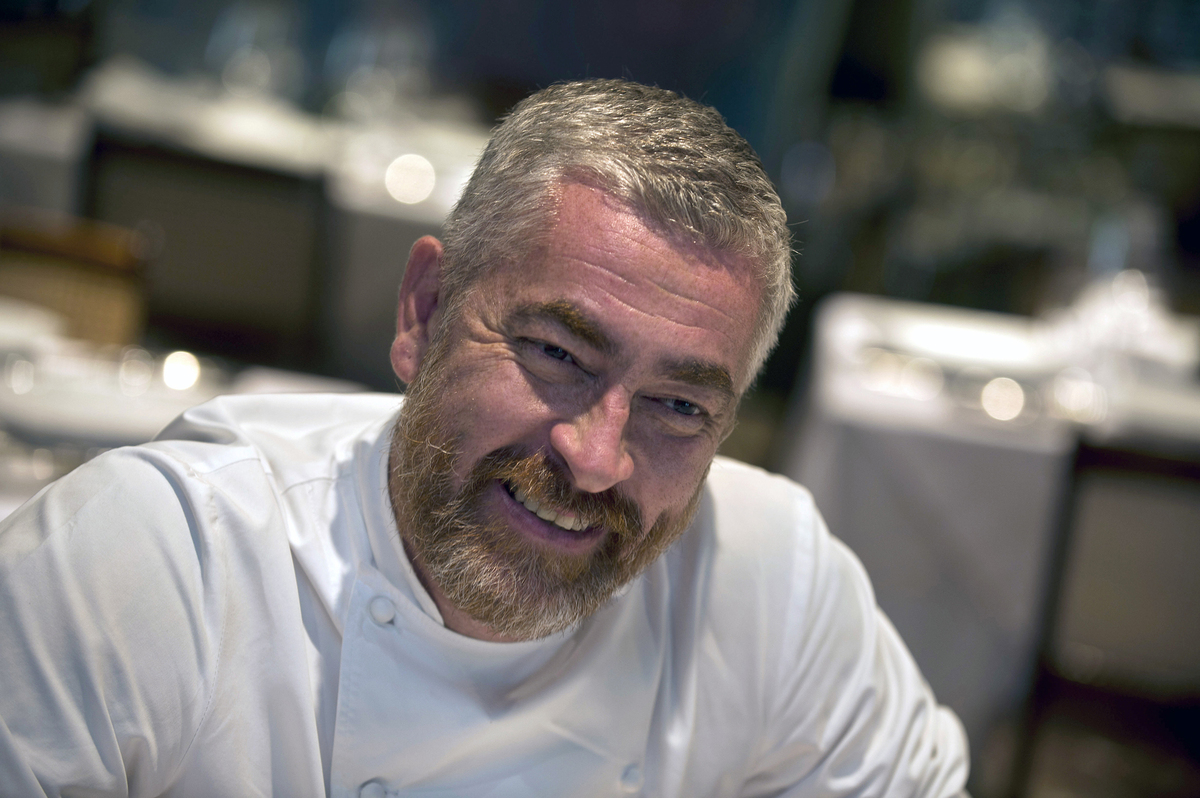 Brazilian chef Alex Atala at his D.O.M. restaurant in Sao Paulo, Brazil in 2013. Atala founded the ATA Institute to focus on food sustainability issues in the Amazon.

The chefs here are meeting to discuss food biodiversity. It's no coincidence the meeting is happening in Brazil – Latin America, and Brazil in particular, is one of the most bio-diverse places on earth. There are strong culinary traditions here with deep roots.

But studies also show that in countries like Brazil, traditional foods like cereal grains, vegetables, fruits, nuts and roots are being replaced with industrialized convenience foods like soft drinks, crackers and cookies. The availability of those three processed food categories increased more than 400 percent in Brazilian households between 1974 to 2003, one study found.

Alex Atala's D.O.M. restaurant in Sao Paulo has been rated one of the best in the world. The recent biodiversity event was sponsored by his ATA Institute, which focuses on sustainability in the Amazon.

But one has to wonder: What impact can the rarefied world of high cuisine have on what's available to people at their local supermarket?

"The real cuisine — it is not something that chefs own, people own, this is very important," Atala says. "About 20 years ago chefs didn't have this voice that you have nowadays. I believe the crossline between nature and culture is food."

"The fact that we are doing this might inspire the restaurant next door and they'll embrace some of these ideas and they'll do it themselves," he says. "The most beautiful example is Alice Waters and Chez Panisse. She started a movement that is now in stadiums and airports. You see now her influence about organic, about local, about simple, about honest. At some point this will become mainstream as well." 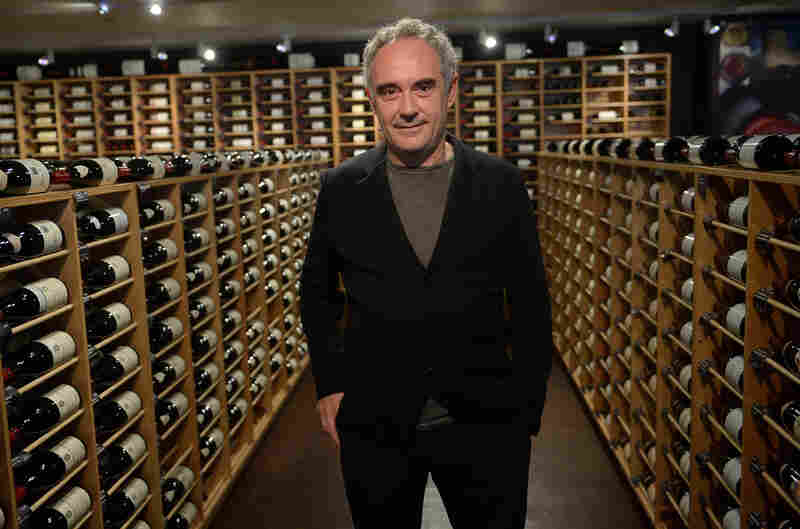 Spanish star chef Ferran Adria, of the award-winning restaurant elBulli in Spain. Adria permanently closed his restaurant in 2011, but plans to reopen it as a museum and center for creativity. Emmanuel Dunand /AFP/Getty Images hide caption 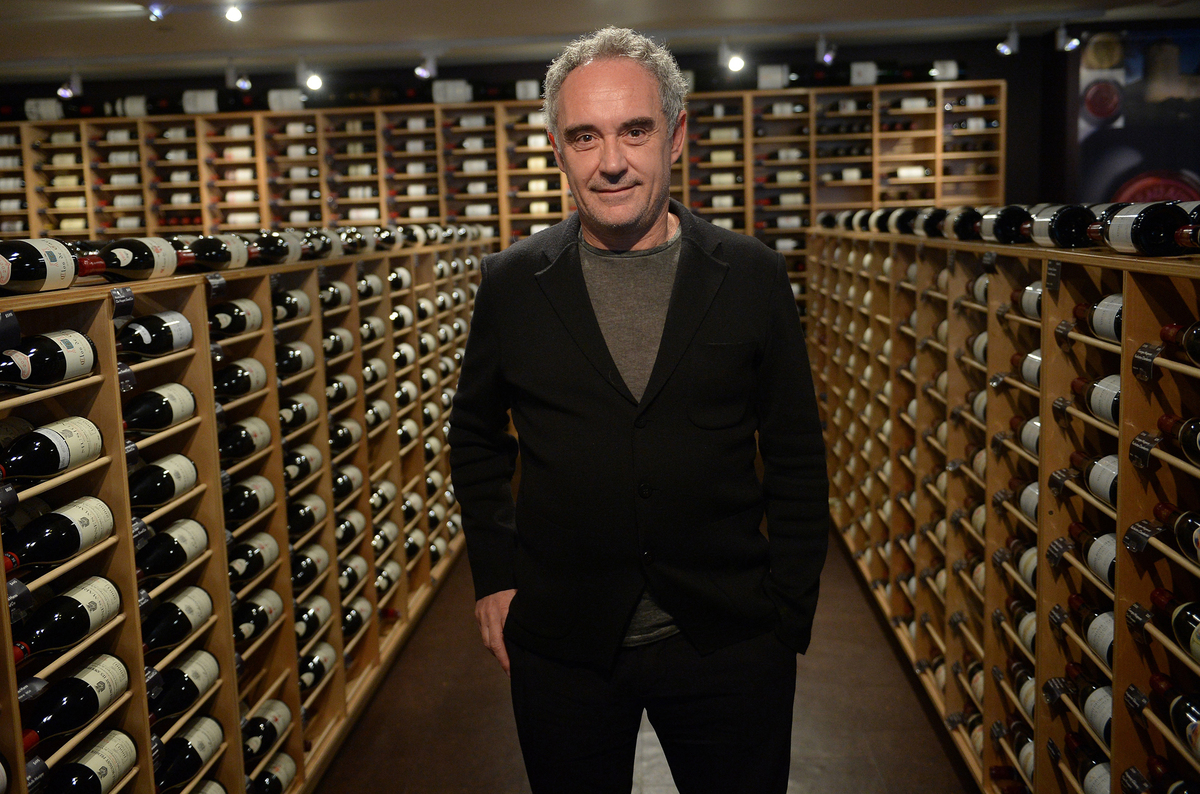 Spanish star chef Ferran Adria, of the award-winning restaurant elBulli in Spain. Adria permanently closed his restaurant in 2011, but plans to reopen it as a museum and center for creativity.

In Latin America, chefs can also help develop supply and demand for foods produced in a sustainable way. By supporting farmers with those values and environmentally responsible practices, chefs can help send a message that biodiversity is worth something. They can also remind people that if we lose food products we are losing flavors and traditions, Olvera says.

"Today I learned about a purveyor of honey in Mexico that I didn't know about," says Olvera. "When I go back to my country I'll make sure I know them, so I think it's about sharing."

The most famous chef of them all is Ferran Adria, formerly of elBulli in Spain. He says connecting restaurants and producers is what events like this are all about.

"If I have the best honey of the world next to me, I'll use it," says Adria. "Maybe it's not the best, but a local producer is making it so I decide I'll help these people who are producing this honey. Imagine this multiplied for millions of restaurants in the world."

It's a grand vision, but he says it just makes sense.

"I think there is a lot more consciousness about these things than there was 30 years ago," says Adria. "But the role of this isn't to save the world, it's to make the next generation who are studying gastronomy ... have the information and they can make decisions."

Needless to say, the event of course was punctuated by a meal: beans and rice with roast pig and, of course, some rare, local fruits.