Accessibility links
Turkey Looks For Energy In An Abundant Resource: Pistachio Shells : The Salt Converting the shells into biogas could provide most of the heat for a planned city of 200,000, engineers say. There's precedent in Australia, where macadamia nut shells are generating power. 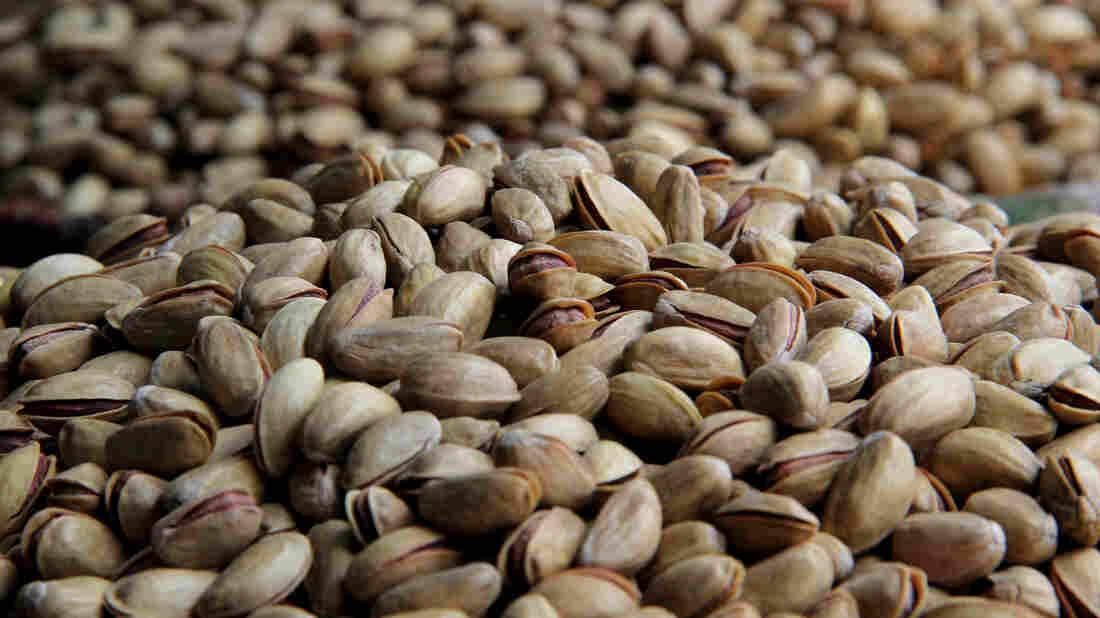 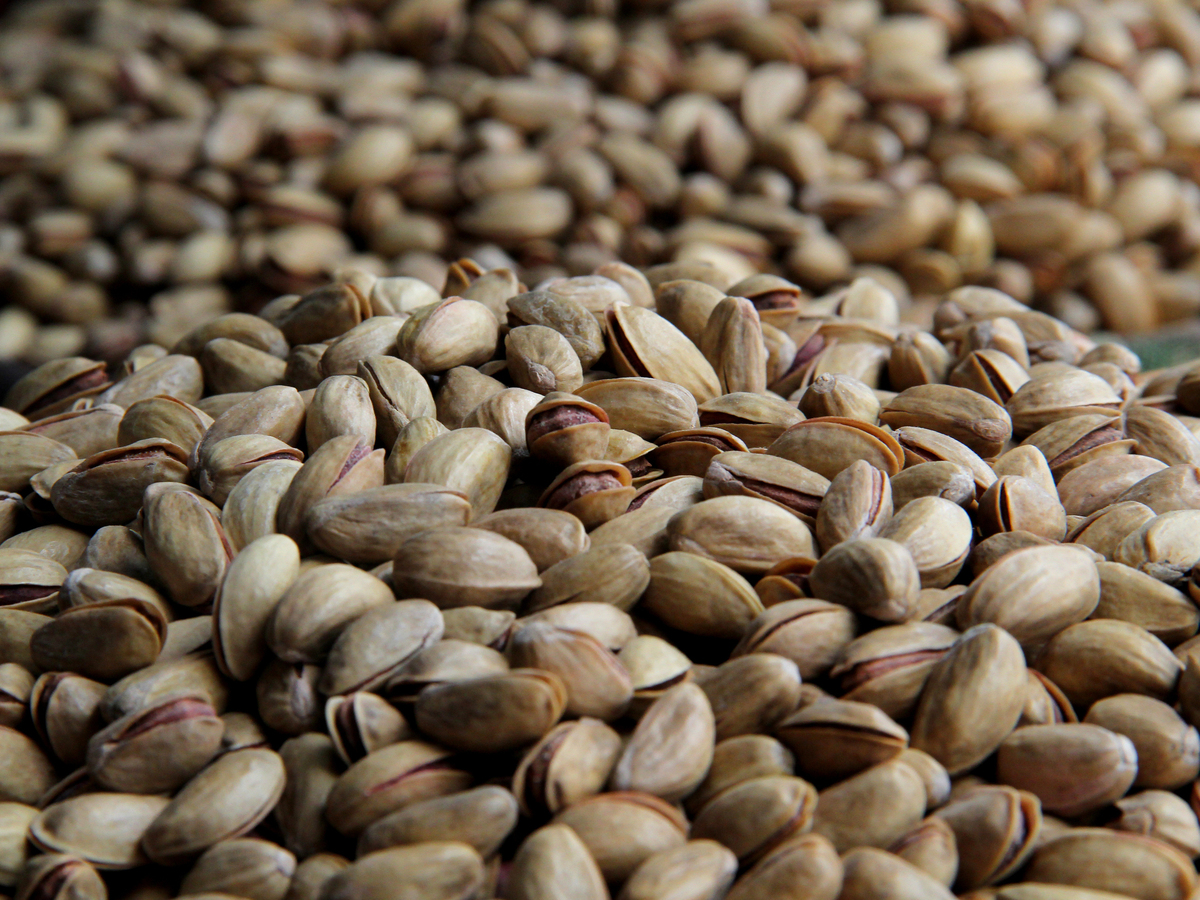 Pistachios, a possible energy source for a Turkish city.

What would you do with thousands of tons of leftover nutshells? It's a question that Turkey — the world's third-biggest producer of pistachios, behind Iran and the United States — has been asking itself for years.

Usually discarded pistachio shells end up in landfills, but nut-loving Turks think they've found a far better solution by turning it into biogas, an alternative fuel produced by the breakdown of organic matter.

Now Turkey wants to use pistachio shells to power its first eco-city, which will require fermenting tons of the green waste in so-called digesters, and then using the resulting gases — mostly methane — to generate heat. 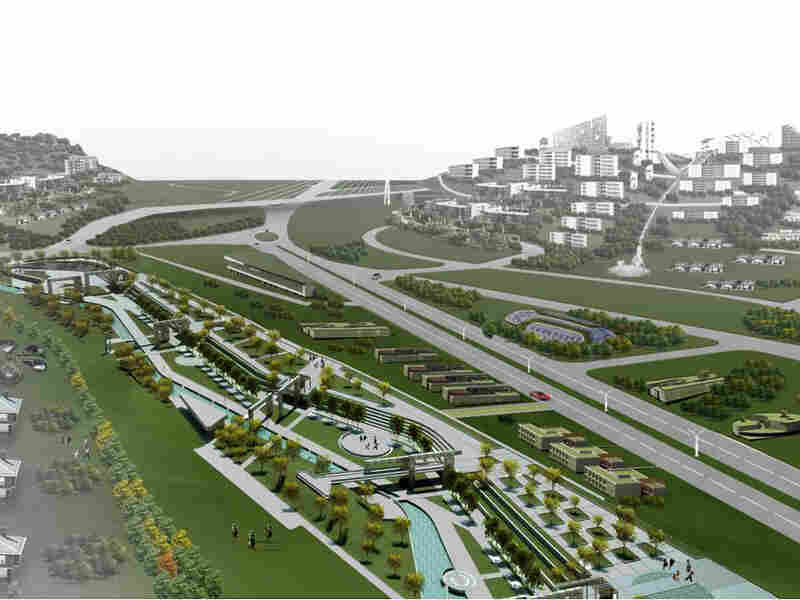 A rendering of Turkey's first "eco-city," will be founded between Gaziantep and Kilis province on Turkey's border with Syria in the country's southern Gaziantep region. Anadolu Agency/Getty Images hide caption 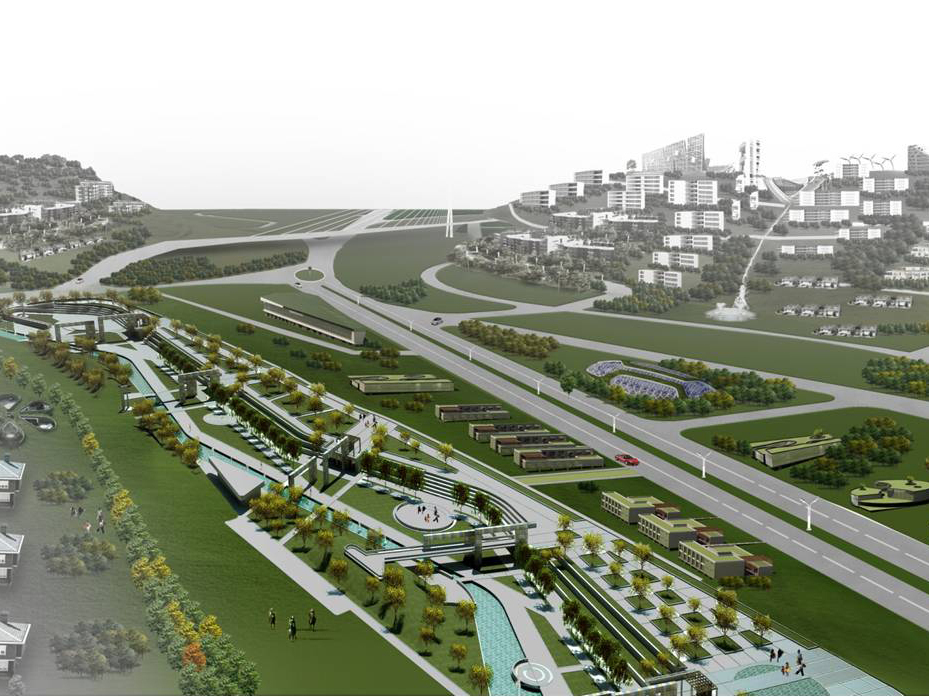 A rendering of Turkey's first "eco-city," will be founded between Gaziantep and Kilis province on Turkey's border with Syria in the country's southern Gaziantep region.

The idea is not as odd as it sounds. For starters, the green city will be built in what's arguably the best possible location: Gaziantep Province. This southern region near the Syrian border is the heart of Turkey's pistachio production, yielding more than half of the country's nuts.

"When you plan such environment-friendly systems, you take a look at the natural resources you have. So we thought the ecological city could be heated by burning pistachio shells," explains Seda Muftuoglu Gulec, the municipality's expert on green architecture. "If the region was abundant in wind power, we would use wind energy."

This peculiar source of energy is renewable and cheap because Turkey has plenty of shells to go around, so much so that it exported 6,800 tons of pistachios last year — 500 tons shy of the weight of the Eiffel Tower — according to the Southeast Anatolia Exporters Union.

Experts say turning pistachios into biogas, while untested, is not only technically feasible but also extremely convenient. Burgeap, the French environmental engineering company that first proposed the idea to the government, claims that nutshells are the most efficient source of alternative energy in the region and could satisfy up to 60 percent of the city's heating needs.

The planned 7,900-acre, nut-fueled city will be six miles from the province's capital city, Gaziantep, and is expected to become home to 200,000 people.

This is Turkey's first attempt at building an eco-city, and it will be the only one in the world that's heated by pistachios — although in Australia macadamia nutshells are already being turned into biomass. Meanwhile, in Monterrey, Mexico, the methane generated from decaying garbage is being converted into electricity to illuminate city lights.

Is Running Your Car On Rubbish The Future Of Fuels?

Is Running Your Car On Rubbish The Future Of Fuels?

Green cities being built in other countries are based on other renewable sources. In China, for example, Tianjin Eco-city will be finished by 2020, with most of its energy coming from solar panels. In India, Narendra Modi wants to build Dholera, a "smart city" twice the size of Mumbai that would be powered by various renewable energies, including wind. But skeptics doubt these idealistic projects will ever be fully realized, insisting that the plans are too expensive and detached from local reality.

For now, Gaziantep's municipality is waiting for the results of exhaustive feasibility reports. Gulec says it's too soon to estimate how much it will cost, but if the project gets greenlighted, construction of the new city will start in the next two years.

A pilot scheme will start with a 135-acre piece of land and, if successful, expand into an entire city during the next following two decades. If the project bears fruit, it might inspire other agricultural regions to look at how to convert what they typically consider waste into fuel for the future.