Accessibility links
Moderate Drinker Or Alcoholic? Many Americans Fall In Between : The Salt A study from the Centers for Disease Control and Prevention finds that 1 in 3 adults drinks excessively. That means eight or more drinks per week for women, and 15 or more drinks a week for men. 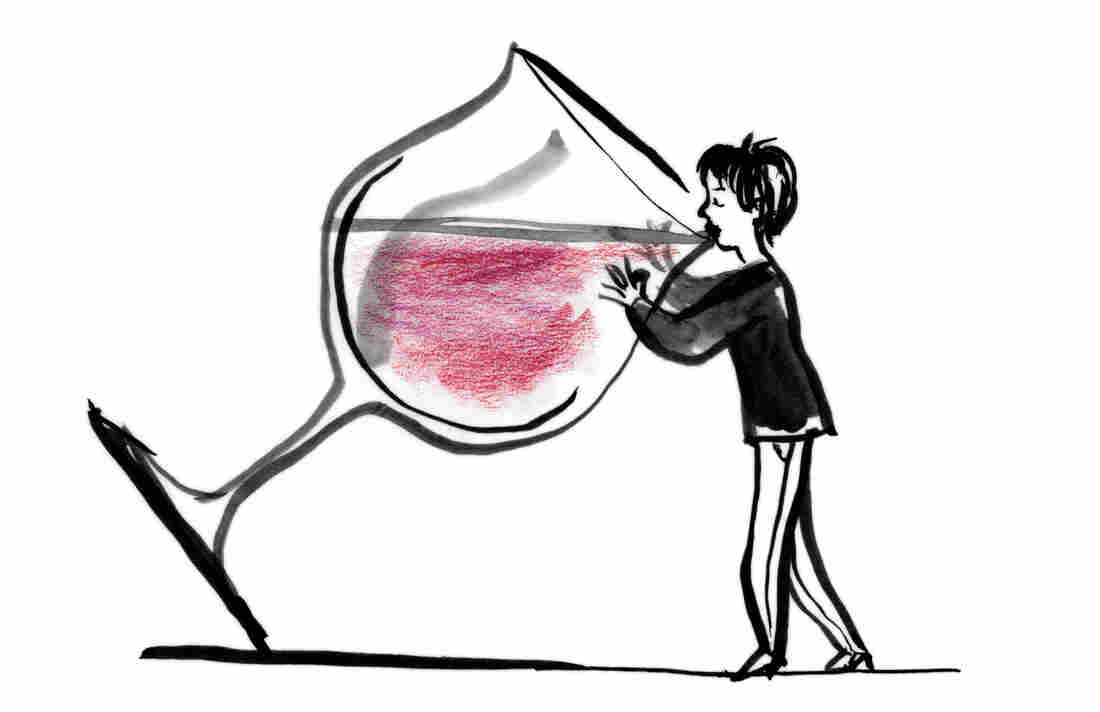 Women who consume eight or more drinks per week are considered excessive drinkers, according to the CDC. Breast cancer, liver disease and heart disease have all been linked to excessive drinking over time. Ann Boyajian/Illustration Works/Corbis hide caption 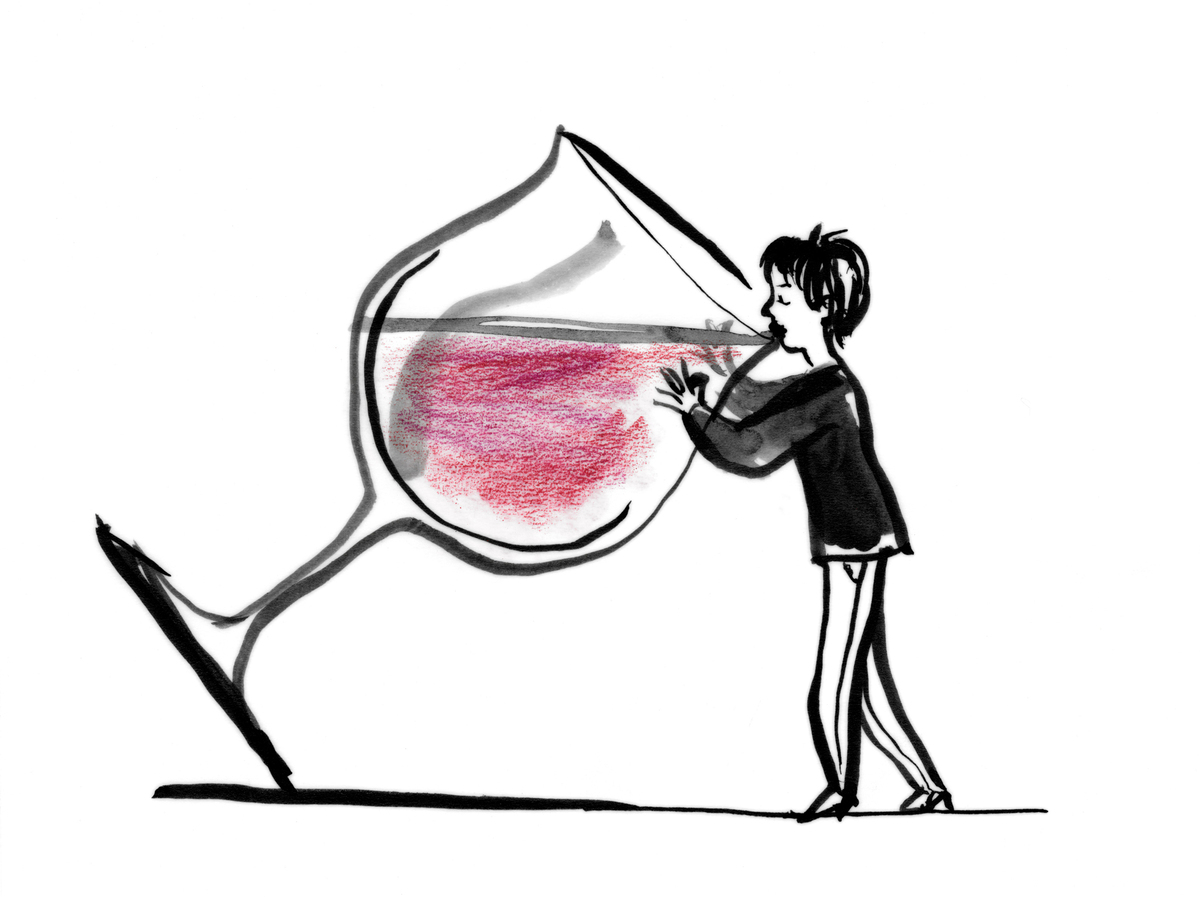 Women who consume eight or more drinks per week are considered excessive drinkers, according to the CDC. Breast cancer, liver disease and heart disease have all been linked to excessive drinking over time.

A lot of us make the assumption that there are two kinds of drinkers: moderate drinkers who have a glass of wine with dinner, and on the other end of the spectrum, alcoholics.

But this is not an accurate picture, according to researchers.

"The reality of the situation is that most adults who drink, they're drinking maybe a couple drinks during week and then typically drinking [larger] amounts on weekends," says Robert Brewer, an epidemiologist with the Centers for Disease Control and Prevention and co-author of a new study published in Preventing Chronic Disease.

And what that means is that 1 in 3 adults drinks excessively.

What counts as excessive? Less than you might think.

So, say I have a smallish glass of wine with dinner most nights of the week. Then I go out on Saturday night and have a cocktail and a beer, or maybe more wine. Does this means I am drinking excessively?

"That's correct, as a woman, if you were to drink eight or more [drinks] per week, that is considered in the category of excessive drinking," Brewer says.

Turns out, a lot of us are not the moderate drinkers we thought we were.

Now, Brewer points out that most excessive drinkers follow much more of a binge-like pattern, where they're drinking four or more drinks per occasion.

And, from a health perspective, the more people drink to excess, the higher their risks. Brewer points to a host of diseases that are linked to excessive alcohol use over time. "This could include breast cancer, for example, liver disease, liver cancer, heart disease," to name a few.

Excessive alcohol consumption, according to the CDC, is responsible for 88,000 deaths per year and costs the U.S. more than $200 billion.

Now, there's also a surprising finding to the new study: 90 percent of excessive drinkers are not alcohol dependent, i.e., alcoholics.

"This study shows that, contrary to popular opinion, most people who drink too much are not alcohol dependent," says Brewer.

This means that despite drinking a lot of alcohol, they don't experience withdrawal symptoms when they stop drinking, nor do they report an increased tolerance for alcohol. There are several other criteria for alcohol dependence as well.

The findings are based on survey data from the National Survey on Drug Use and Health. About 138,000 participants were asked a series of questions about their drinking patterns and alcohol dependence. Researchers acknowledge that some participants could have underestimated their consumption or dependency.

But Brewer says it's important to understand that the excessive drinkers who are not alcohol dependent are unlikely to need addiction treatment. They may also respond to interventions such as increased alcohol taxes to drink less.