Accessibility links
The 3-Bird Turducken Has Nothing On This 17-Bird Royal Roast : The Salt The Frenchman who was the world's first restaurant critic launched the world's first serial food journal in 1803. To wow readers, he offered a recipe for rôti sans pareil, the roast without equal. 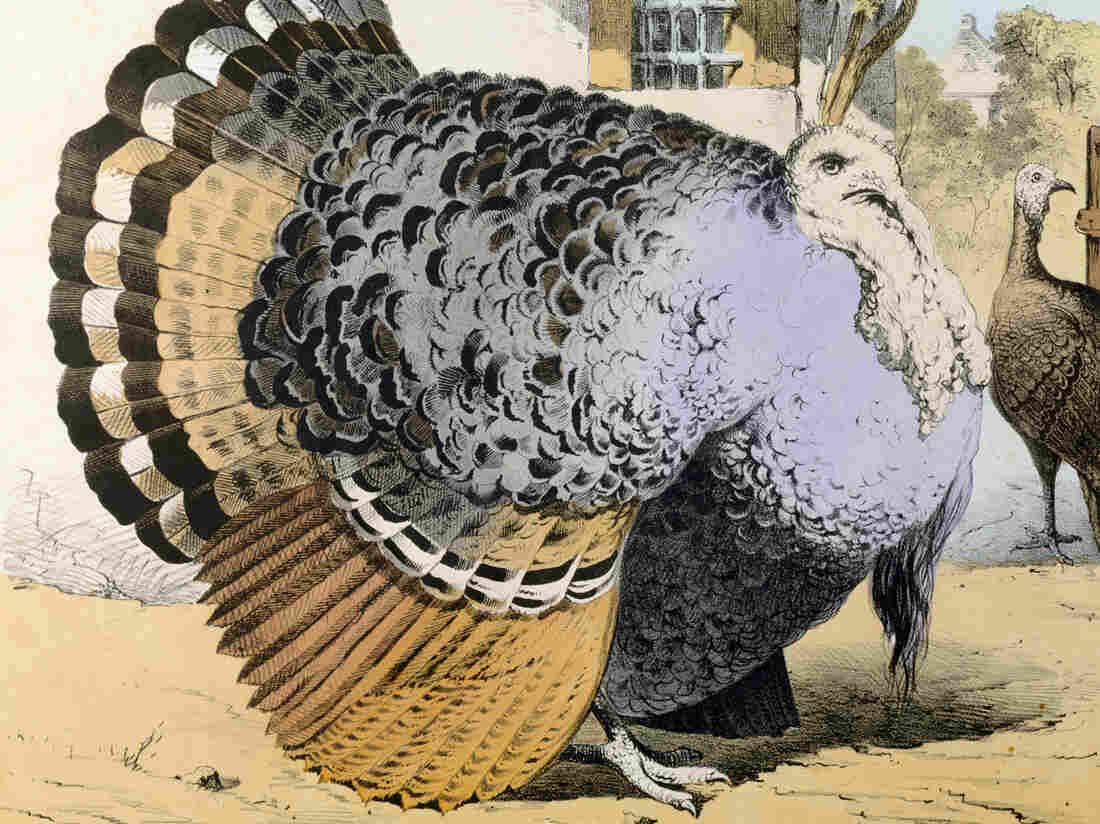 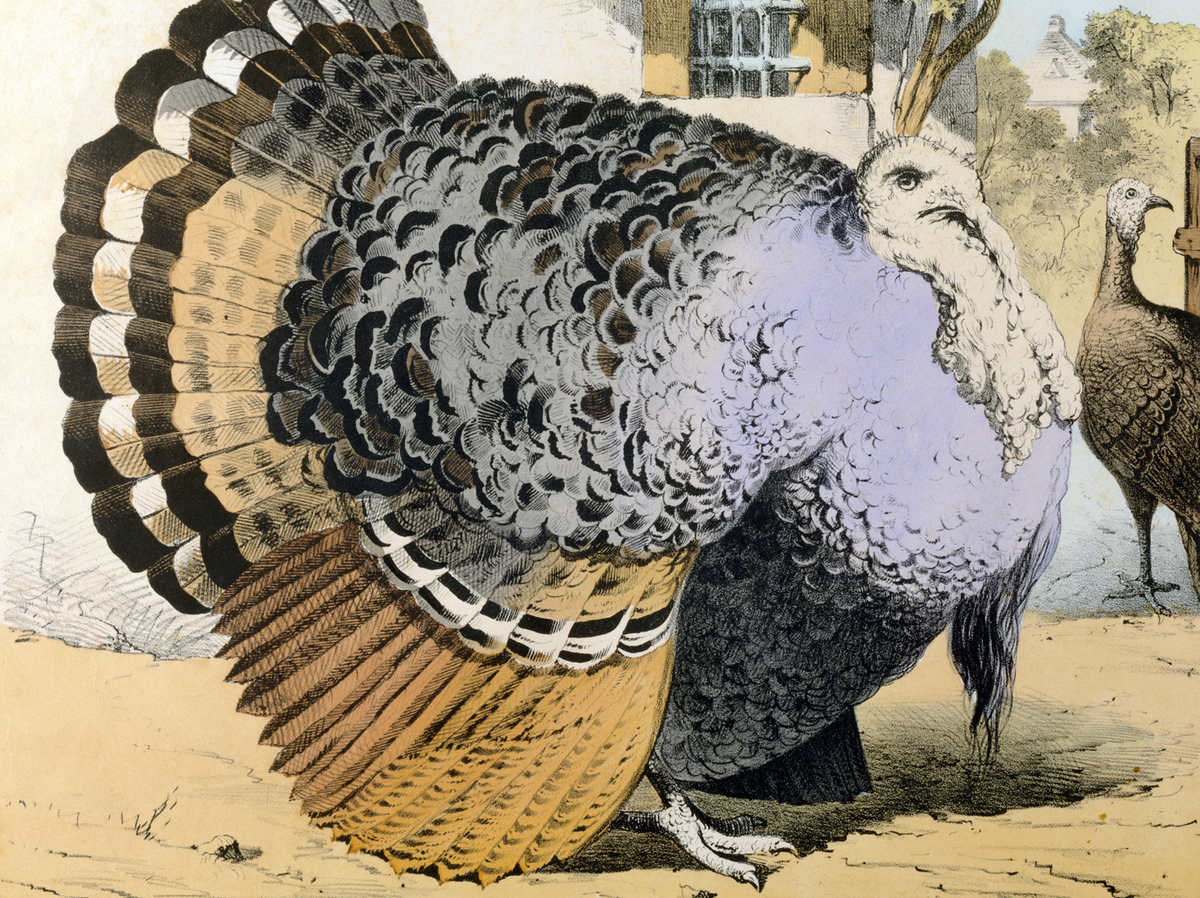 The turducken — a whole chicken stuffed inside a whole duck stuffed inside a whole turkey, all boneless — is a relatively recent culinary phenomenon. Though popularized in the past 20 years with the help of Louisiana's Chef Paul Prudhomme and John Madden, who brought one to a football game broadcast in 1997, the turducken actually builds on a long tradition of creative bird-into-bird stuffing.

Like any good publisher, Grimod de la Reynière knew he needed to slide in some extra flair from time to time. And in 1807, he put out a recipe for rôti sans pareil, the roast without equal.

The daredevil-ish recipe calls for a tiny warbler stuffed in a bunting, inserted in a lark, squeezed in a thrush, thrown in a quail, inserted in a lapwing, introduced to a plover, piled into a partridge, wormed into a woodcock, shoehorned into a teal, kicked into a guinea fowl, rammed inside a duck, shoved into a chicken, jammed up in a pheasant, wedged deep inside a goose, logged into a turkey. And just when you think a 16-bird roast is probably enough, it's not. This meat sphere is finally crammed up into a Great Bustard, an Old World turkey-turned-wrapping paper, for this most epic of poultry meals.

The Veggieducken: A Meatless Dish With Gravitas

While there's no record of anyone actually making the rôti sans pareil, Grimod de la Reynière seemingly achieved what is every publisher's goal: capturing (generations of) eyeballs. (If you want a visual of the concoction, check out the illustrations that Wired magazine and Vice came up with.)

It's clear that culinary stunts with meat started long before chefs were grilling steaks with molten lava. Take the cockentrice, a half-pig, half-turkey combo that rode the line between mythical beast and gastronomic masterpiece during the reign of Henry VIII in the 16th century. It's been re-created by Richard Fitch, the project coordinator for the Historic Kitchens at Hampton Palace, who told Vice that while these dishes certainly weren't the norm, Henry VIII once served a cockentrice and a dolphin to the French King, Francis I. (As we've previously reported, royals of that era went to great lengths for a culinary thrill.)

While the roti may seem freakish or excessive today, we do have the bacon-wrapped alligator, a sort of modern-day meat mummy.

For those who heart turducken, the demand is high enough that big-box stores like Sam's Club and Costco now stock them. There's even a vegetarian version, if the stuffing concept floats your boat.