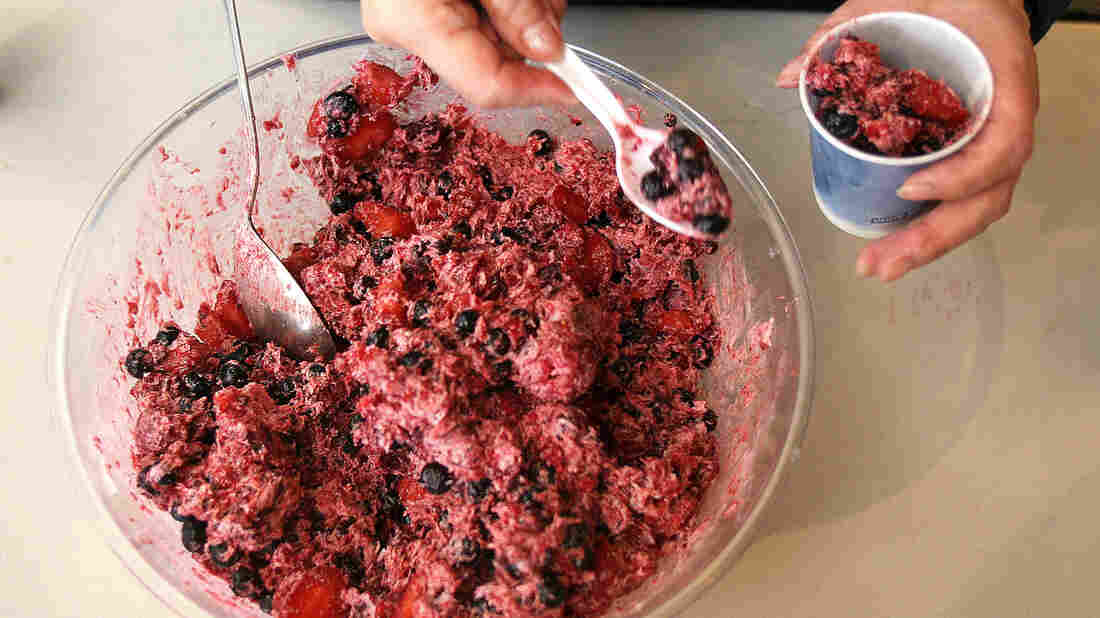 Akutaq or agutak — also known as Eskimo ice cream — is a favorite dessert in western Alaska. It's made with berries and frothed with fat, like Crisco. Al Grillo/AP hide caption 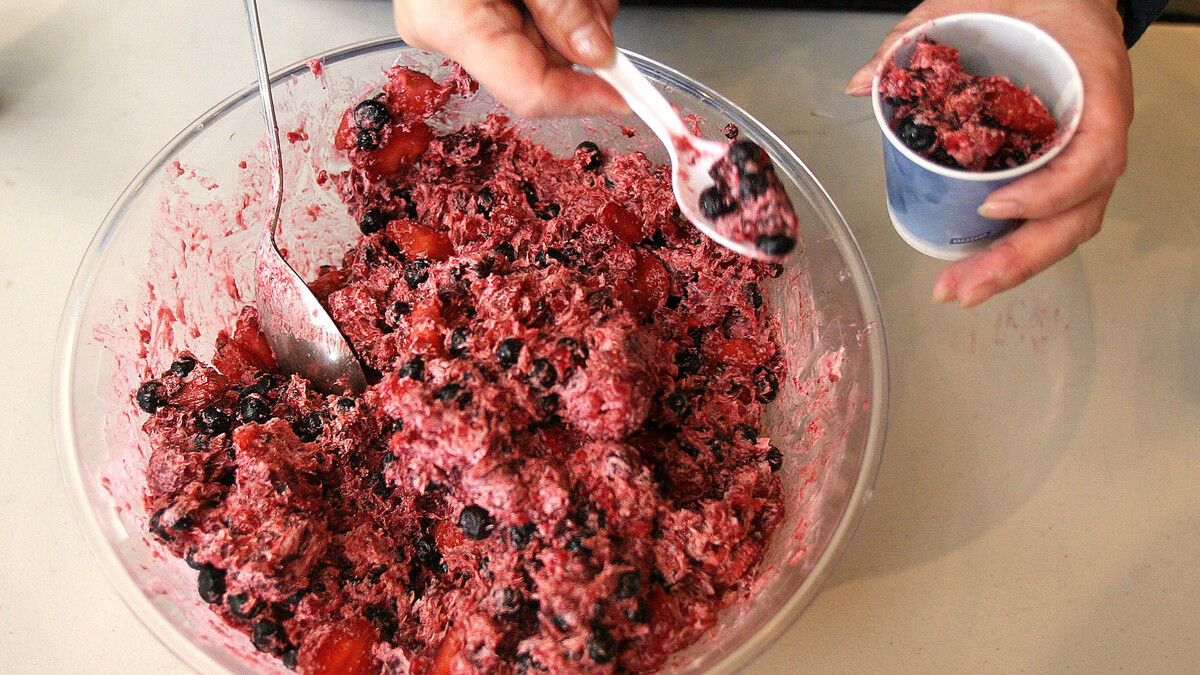 Akutaq or agutak — also known as Eskimo ice cream — is a favorite dessert in western Alaska. It's made with berries and frothed with fat, like Crisco.

When Americans sit down to their Thanksgiving meal, most tables will feature traditional fare: turkey, mashed potatoes, cranberries. But should you be looking for a different kind of holiday meal, head for rural Alaska.

That's where Nellie Gamechuck lives, in a village squeezed between tundra and a bend in the river in the southwest part of the state. Ask her what's for dinner on Thanksgiving, and she opens up the deep freeze. "Walrus meat, moose meat," she says. Digging down through the layers, she reaches the dessert level: salmonberries.

And where does all this food come from? "The wilderness," she says.

Native Alaskans depend on the wilderness, in part because grocery store food is so expensive. A big box of saltines can set you back $9. But people also just like their traditional foods.

Julia Apalayak, an 87-year-old "auntie," as her neighbors call her, says in her native Yupik that her favorite holiday treat is dried fish dipped in seal oil. Judy Itumulria, who interprets for her, adds that a typical Thanksgiving meal also includes salmonberry akutaq or agutak — which is salmonberries mixed with Crisco.

Kelsey Wallace, who is Yupik and works for the Alaska Native Heritage Center in Anchorage, admits that to nonnatives, that might not sound appealing. "It's delicious, though. It's so good," Wallace says.

The dish, she says, has a long history. "They call it Eskimo ice cream," she says.

Sometimes, different caribou fats are used, she says, but these days, in southwest Alaska, they substitute Crisco. Sometimes sugar is added. She says a big part of the appeal is the frothy texture.

In a cold-weather climate, you can kind of see the appeal of a sweet treat that's suspended in frothed-up, silky fat. But there are some Yupik delicacies that are less likely to cross the cultural divide.

"We used to eat a lot of ... fermented, salted fish heads that are buried underground for six months," she says.

It's just not something I could eat. But I have to remember that the highlight of our Thanksgiving is cheesy potatoes topped with corn flakes. It's all about the food you grew up with.