Accessibility links
Our Ability To Digest Alcohol May Have Been Key To Our Survival : The Salt Our primate ancestors could consume alcohol 10 million years ago in the form of fermented fruit, researchers have discovered. The finding suggests that our relationship with alcohol is ancient. 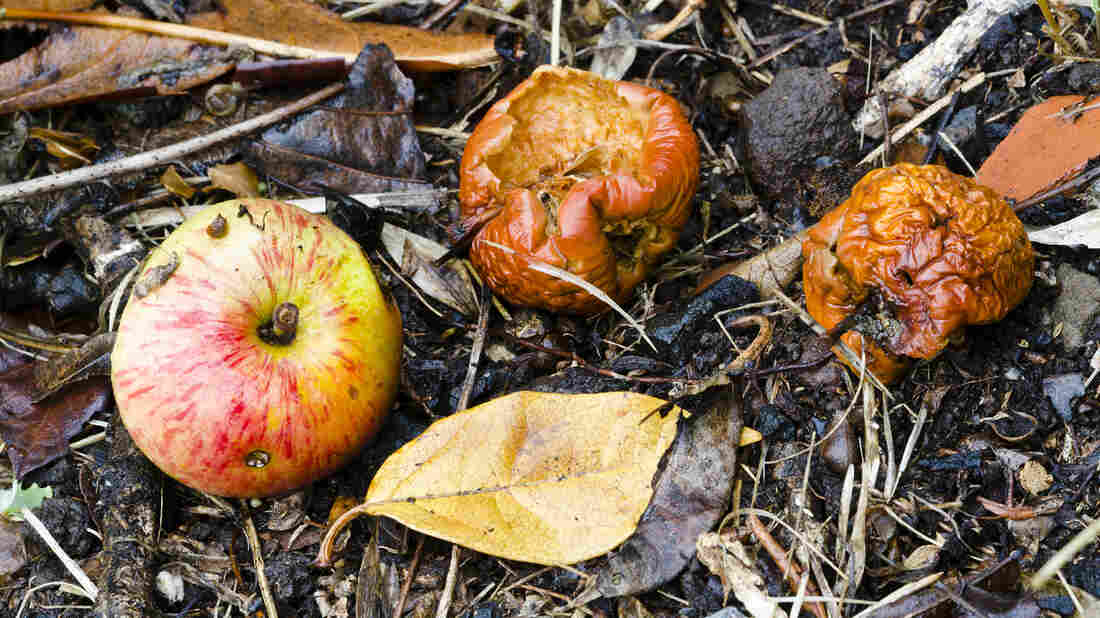 Rotten, fermented fruit has some nutritional value, and may have looked pretty good to our hungry ancient ancestors. Evolving the ability to metabolize the alcohol in fermented fruit may have helped us adapt to a changing climate 10 million years ago, research suggests. iStockphoto hide caption 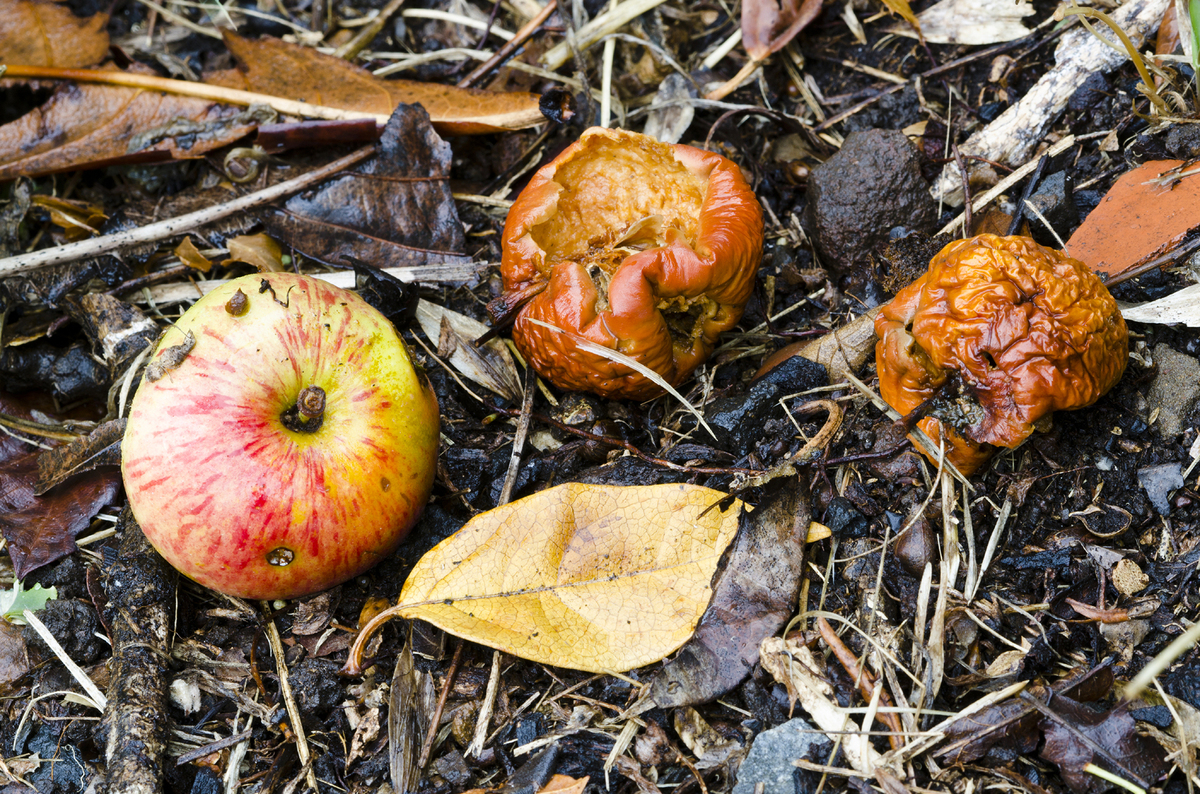 Rotten, fermented fruit has some nutritional value, and may have looked pretty good to our hungry ancient ancestors. Evolving the ability to metabolize the alcohol in fermented fruit may have helped us adapt to a changing climate 10 million years ago, research suggests.

As we're sipping away on a glass of stout or Merlot, we probably take for granted our ability to digest the alcohol in the drink. Alcohol, or dietary ethanol (as scientists like to call it), is technically a toxin — imbibing too much can lead to a hangover and even poisoning, of course.

But thanks to enzymes in our gut, and particularly one called ADH4, we can make use of the calories in alcohol. And, according to a new scientific paper, we gained that ability a very long time ago, at a critical moment in our evolution.

Matthew Carrigan is an evolutionary biologist at Santa Fe College in Gainesville, Fla., and lead author on the paper. He discovered that the ADH4 enzyme started showing up in the ancestor we share with chimps and gorillas 10 million years ago, around the time when these ancestors started eating fallen, fermented fruit off the forest floor. The findings appear in the latest Proceedings of the National Academy of Sciences.

That was a long time before we started making alcohol ourselves around 7,000 B.C. And the timing was important, says Carrigan, because 10 million years ago, the climate was changing rapidly, and the East African forest ecosystem where our ancestors were roaming was replaced with more fragmented forests and grassland ecosystems. The change meant our tree-loving ancestors were probably spending more time on the ground.

Down there on all fours, our ancestors had access to fruit that had fallen from the trees and was fermenting — so it had a buzzy kick. And that's when that ADH4 enzyme seemed to really come in handy.

"The emergence of ADH4 in our ancestors wasn't slow and gradual; it was a rather abrupt shift of a large magnitude," Carrigan tells The Salt.

To figure out when the enzyme might have become a regular in our gut, Carrigan used paleogenetics, an experimental approach in which gene sequences from contemporary species are used to estimate how proteins, and in this case enzymes, evolved over time.

This ability to eat fermented fruit — not just ripe fruit — and use the alcohol for energy, as well as the sugars, vitamins and proteins in that fruit, might have helped us survive the changing climate, Carrigan says. But, he says, it also elucidates another dimension of our relationship with alcohol.

"There are hypotheses that the reason humans consume ethanol is because of our recent transition to farming, and how we learned how to ferment grains or fruit, maybe because we wanted to escape consciousness," he says. "But my study shows that maybe it has its roots in our ancient history as [fruit eaters]."

The findings have intriguing implications for research into the evolutionary origins of alcoholism, Carrigan says. We humans have only been fermenting alcohol for 9,000 years, but his research shows we've actually been consuming it for millions of years. So when and why did our relationship to booze become problematic? That's a mystery that remains to be solved.