Accessibility links
A Burger Joint Pays $15 An Hour. And, Yes, It's Making Money : The Salt Fast-casual chain Moo Cluck Moo, in suburban Detroit, pays all of its workers far above the typical wage for a fast-food employee. It's part of its business model. 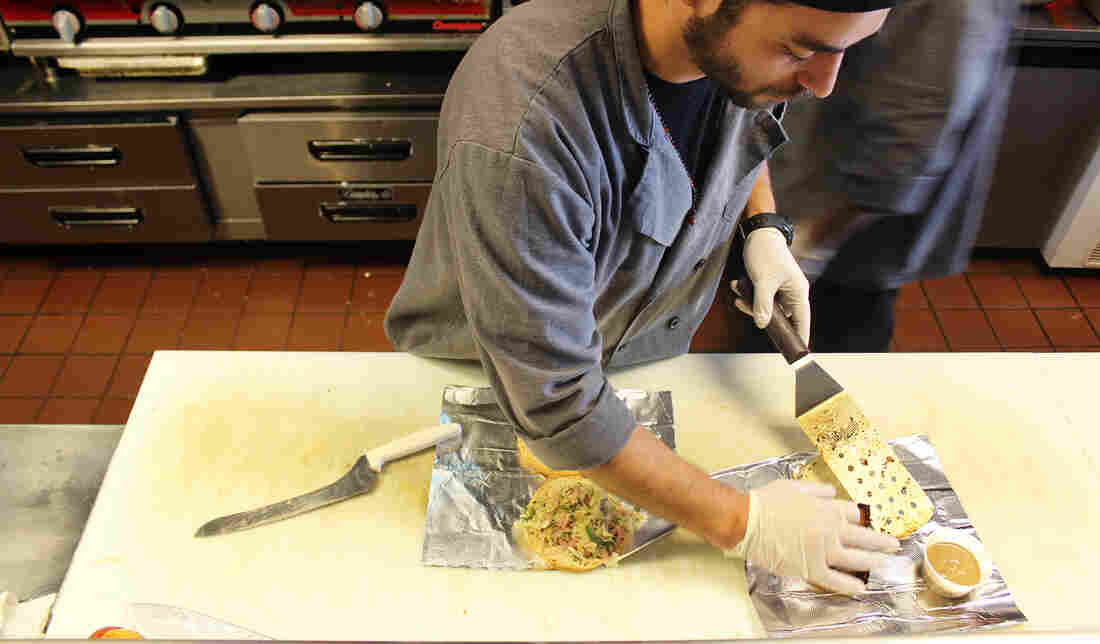 A worker at Moo Cluck Moo, a fast-casual burger and chicken chain in suburban Detroit, prepares a meal. Workers at Moo Cluck Moo all make $15 an hour. Zachary Rosen for NPR hide caption 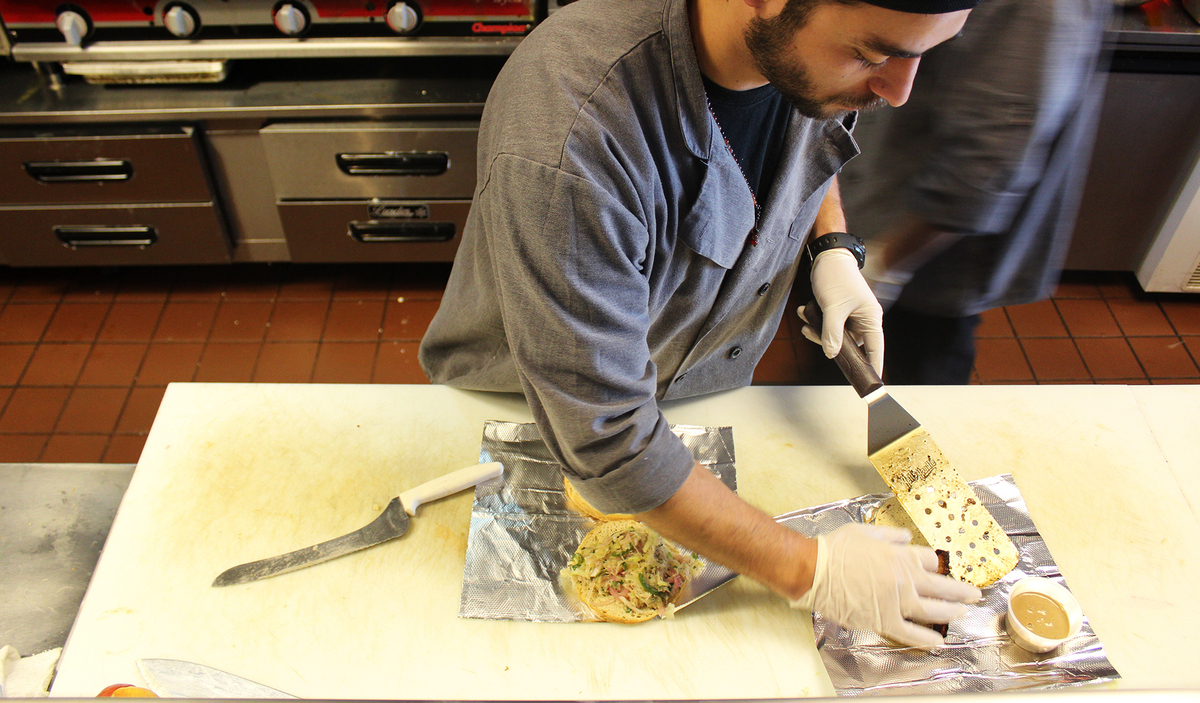 Fast-food workers rallied around the country Thursday, calling for a minimum wage of $15 an hour. But in suburban Detroit, a small but growing fast-casual burger and chicken chain has already figured out how to pay higher wages and still be profitable.

When Moo Cluck Moo opened its first location almost two years ago, the starting pay for all workers was $12 an hour. The idea, according to co-founder Brian Parker, was to train everyone to multitask.

No one is just flipping burgers. All of the workers are expected to be jacks-of-all-trades: They bake buns from scratch daily, they house-make aioli and prepare made-to-order grass-fed burgers and free-range chicken sandwiches.

And, now, says Parker, the investment is paying off. Revenue is up at the chain's two locations. And workers are sticking around. And their pay now? It's up to $15 an hour. By comparison, a typical fast-food worker in the U.S. makes about $8 or $9 an hour.

"Because of our low turnover, and the fact that people are really into their jobs, $15 an hour wasn't a big stretch," Parker says.

Parker says there are savings in not having to constantly train new hires, and his workers are empowered because they're given so much responsibility.

When we stopped in for a visit this week, manager Dan Chavez was standing at the grill preparing a made-to-order Moo Burger. He has been cooking in restaurants for 15 years, so he knows how to move quickly from the grill to the fryer. He also oversees baking and talks to customers.

"It's more fun than I've had at other jobs, because we get to do everything ourselves," he says.

And Chavez says the higher-than-average wages are a big part of his job satisfaction.

"It feels good just to be able to pay my bills and enjoy a little of life," Chavez says.

In the beginning, Parker wasn't sure the higher wages would be sustainable. But now the restaurants are thriving. "We're ... going to show a profit in the last quarter," Parker says. And he and his partner are planning to add new locations.

Now, in order to make this model work, customers have to pay a little more.

Grass-fed Moo Burgers on a homemade bun start at about $6. This compares to a Big Mac, which retails in the U.S. for about $4.80. That's a price differential of just over a dollar.

In starting the company, the founders say, they were motivated by the lack of options. "We couldn't find an affordable place to take our kids and grandkids that didn't have hormones, preservatives," they write on the company's website.

They now vet their suppliers to make sure all the food they buy meets their specifications, and they source their beef from Joseph Decuis Wagyu Farm in Indiana.

"We're building a brand," Parker says. And part of getting Moo Cluck Moo out there is telling people about its sourcing of beef and chicken, and talking about its commitment to paying people a living wage.

"I'm not driving around in a six-figure sports car," Parker says. But he does have his eye on the future.

So are small burger chains like Moo Cluck Moo — which are willing to pay workers more and serve more upscale menus — going to put pressure on the giants such as McDonald's and Burger King to raise wages?

"No, I don't think so," says Michael Strain, an economist at the conservative-leaning American Enterprise Institute.

Strain says there are two different models here, and two different kinds of customers. These new chains appeal to people who are willing to pay more for food prepared from scratch. But, he says, traditional fast-food chains are not going to go away.

"McDonald's appeals to people who like the Dollar Menu, and to people for whom that price point is appealing," he says.

And McDonald's will likely continue to offer its Dollar Menu, and other value pricing, as long as it can find people who are willing to work for the kind of wages it currently offers.

"Imagine if some machine gets invented that can operate the french fry machine at McDonald's, " Strain says. That's one less worker needed at the fryer.

This automation has been happening for a while, Strain says. When he was a kid, it was a person — not a soda machine — that filled his cup.