Accessibility links
How Afghanistan Vets Are Trying To Cultivate Peace Through Saffron : The Salt Afghanistan has an ideal climate for growing saffron, the most expensive spice in the world. But little is exported. Rumi Spice is working with small farmers there to build the U.S. market for it.

How Afghanistan Vets Are Trying To Cultivate Peace Through Saffron

How Afghanistan Vets Are Trying To Cultivate Peace Through Saffron 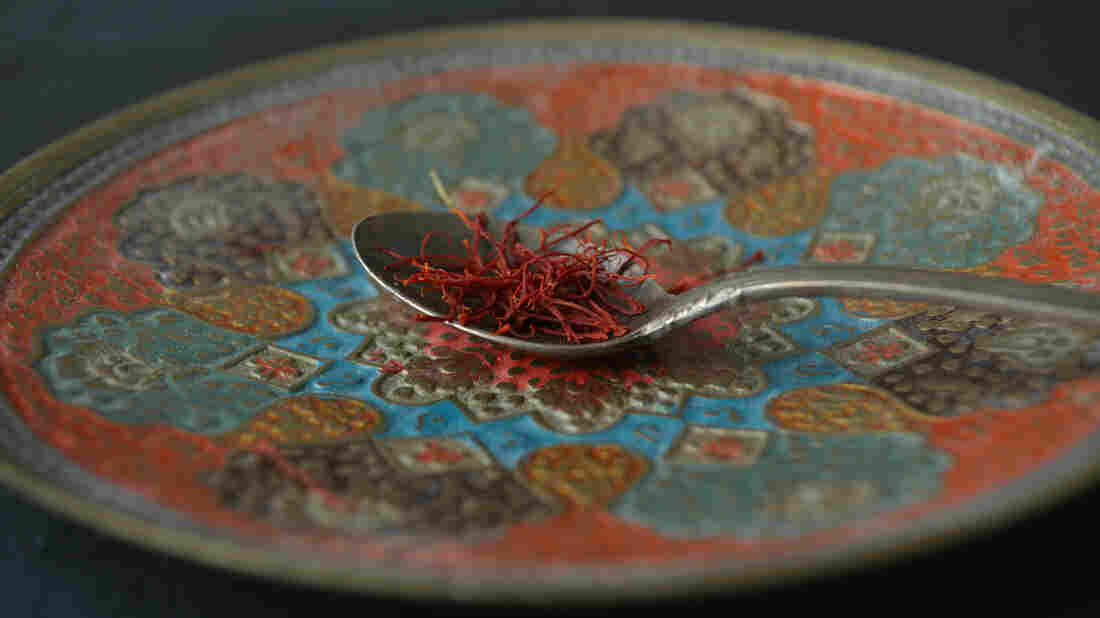 At about $15 a gram, saffron is the world's most expensive spice. Rumi Spice has a unique model of employing Afghan farmers who are growing it that aims to double or even triple their annual income. Cristina Hirschkorn/Courtesy of Rumi Spice hide caption 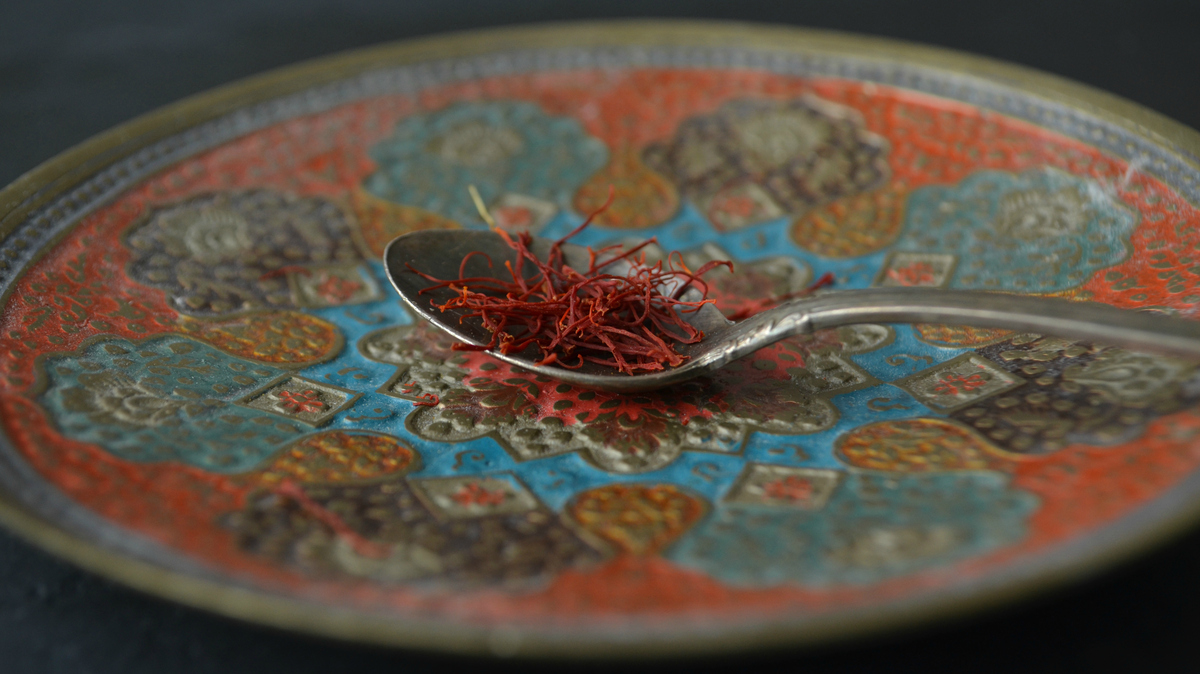 At about $15 a gram, saffron is the world's most expensive spice. Rumi Spice has a unique model of employing Afghan farmers who are growing it that aims to double or even triple their annual income.

When you think of saffron, dark red strands from Spain or Iran may come to mind. But the delicate spice, one of the most expensive and labor-intensive in the world, grows well in another country long plagued by conflict: Afghanistan.

Rumi Spice, a small, enterprising company in Brighton, Mass., is trying to build an Afghan saffron connection for lovers of the spice in the U.S., and cultivate peace through trade.

Behind Rumi Spice is a group of veterans who served in Afghanistan who are now business school students, a lawyer, an Afghan water specialist and farmers the vets met while serving there. 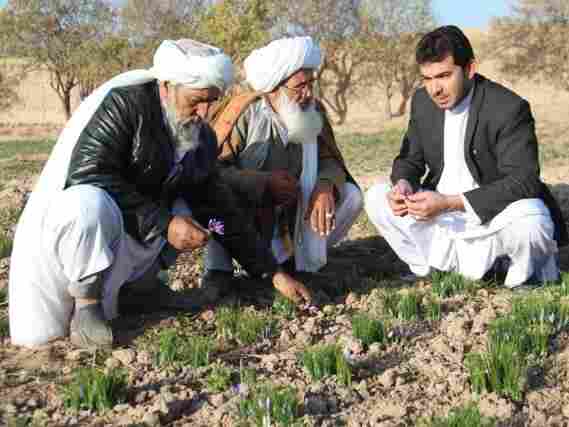 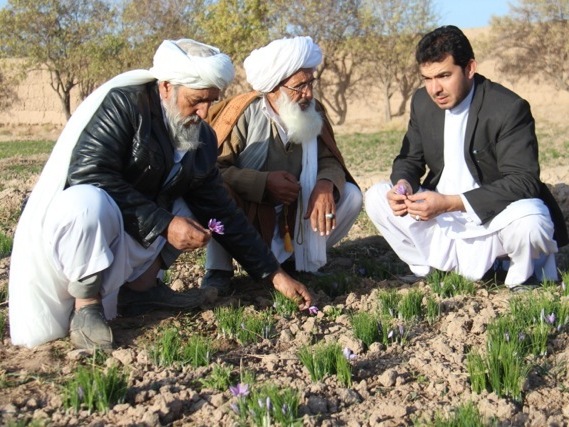 The idea for the fledgling company came about in March 2013, when Army veteran Kimberly Jung was chatting with a fellow vet named Keith Alaniz. Alaniz told her about how when serving in Afghanistan, he met a local saffron farmer who had a warehouse full of the valuable spice, with no buyers lined up overseas.

"I was very surprised to find out it grows the best in the climates of Afghanistan with hot winds and dry climate," Jung tells The Salt. "So, I immediately thought, hey, this could be an awesome business opportunity."

Jung and Alaniz teamed up with four others, and the six realized that if they could create a viable market for saffron in the U.S., they could also transform saffron into a cash crop that might one day replace poppy, the crop used to make opium that helps fund the Taliban.

"Without investment in agriculture, Afghan farmers have little prospects with shrinking land allotments - making them susceptible to the Taliban," the group's website reads. "Rumi Spice strives to change this dynamic."

Saffron ranges wildly in price, but on average goes for about $15 a gram, or $1,500 a pound. Despite that high price, the typical Afghan saffron grower earns just $400 to $600 annually. Rumi Spice says it expects it can help small-scale farmers triple their income through fair-trade tactics of cutting out the middle men.

These 5 Crops Are Still Hand-Harvested, And It's Hard Work

The company says it will also reinvest at least 10 percent of profits back into infrastructure, like processing facilities and machines, which Jung says represents a continuation of the civil affairs and infrastructural development work she began as a soldier. "This was a very natural extension of what I thought we needed to be doing in Afghanistan," says Jung.

In July 2013, Jung hand-carried their first shipment of saffron directly from the farmers in Herat and Wardak Provinces all the way back to the U.S. During the early stages of Rumi Spice, Jung drove around in her car peddling saffron to local farmers markets and gourmet shops in the Boston area.

"For me that's my target market, my target channel – boutique and gourmet grocers, for people who care where and who picks their food and how these people are treated," says Jung. Rumi Spice now sells to three towns in Massachusetts: Brookline, Lexington and Cambridge. 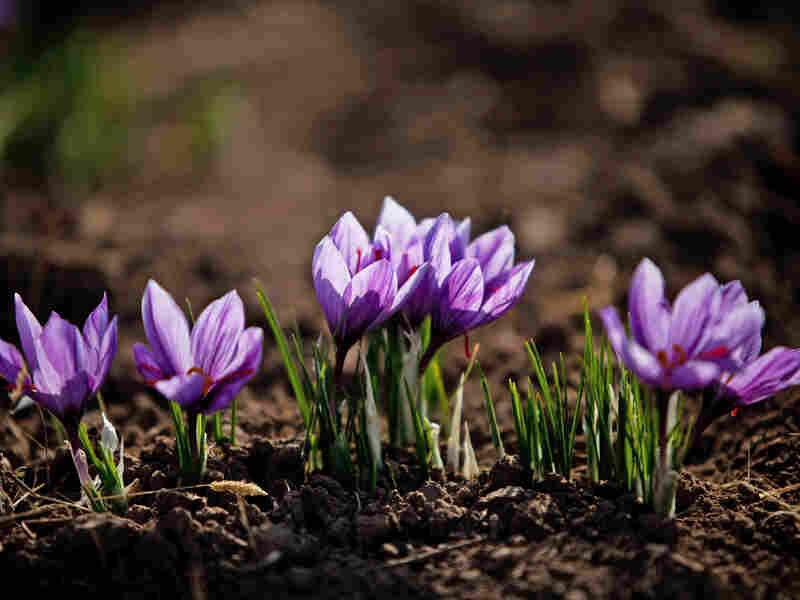 Saffron flowers on a farm in Herat, Afghanistan. It takes about 200,000 stigmas from the saffron crocus flower to make one pound of saffron. Majid Saeedi/Getty Images hide caption 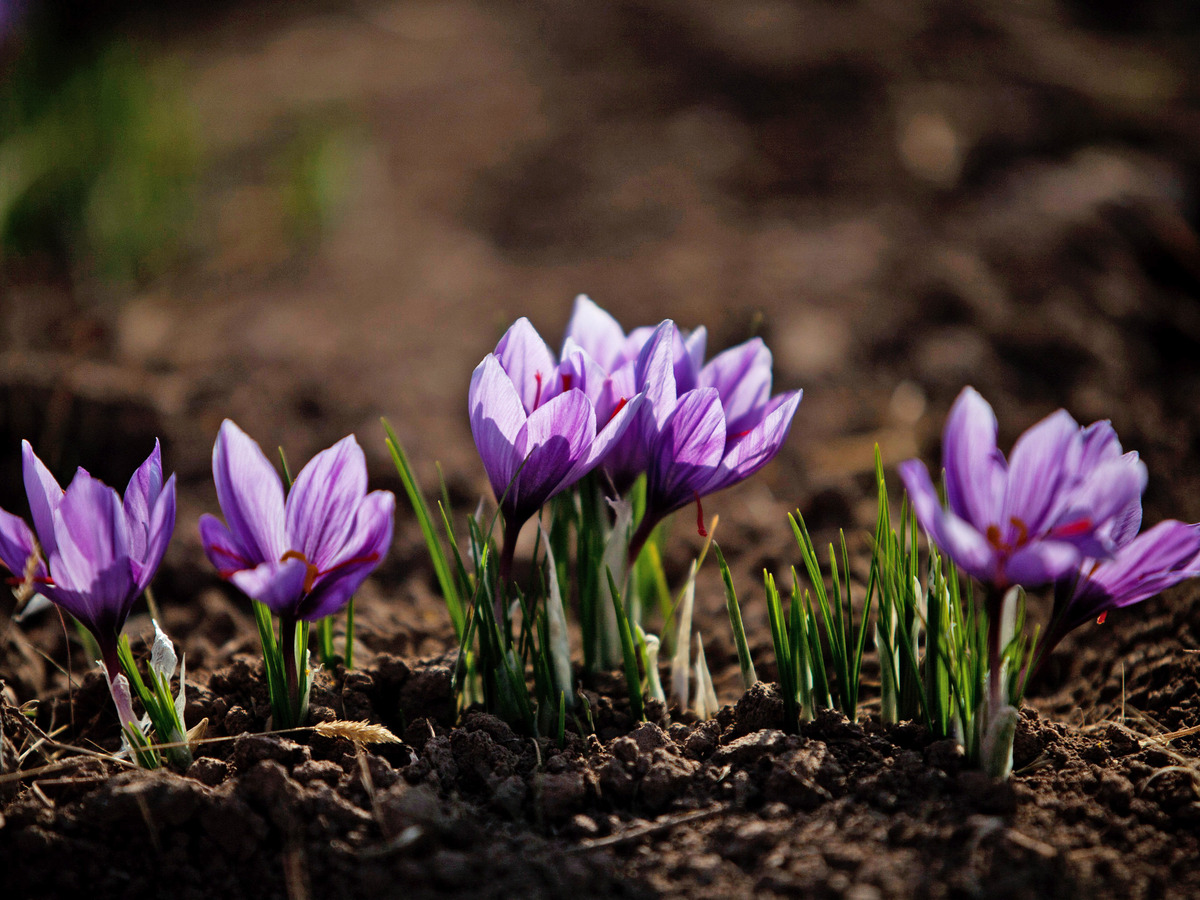 Saffron flowers on a farm in Herat, Afghanistan. It takes about 200,000 stigmas from the saffron crocus flower to make one pound of saffron.

Abbdul Shakoor Ehrarri is a water specialist based in Herat, Afghanistan who facilitates growing and agricultural operations for Rumi Spice. He says he sees this is an opportunity to help local farmers in his country and ensure they receive fair value for their hard work.

"Since I heard that [Rumi Spice] was planning to work with the farmers I was really excited because nowadays the farmers are poor," says Ehrarri.

Growing saffron requires a lot of land, and a lot of labor for hand-harvesting. Each saffron flower has three stigmas, and it takes around 200,000 stigmas to get one pound of saffron. The high value and limited supply have also helped create varying levels of quality, as well as a market for counterfeit saffron.

"You have no idea where it comes from, and they give you all kinds of certifications that I don't trust, and that's the story of most of the saffron in the world," said Philippe De Vienne, a professional spice hunter and CEO of Epices De Cru, a Montreal-based spice company. "Meeting Rumi, it was like 'Wow, somebody opened a window and let some fresh air into the house!' "

Rumi Spice's saffron has a feel-good story, but it's also a consistently high-quality product, says De Vienne. "The color is beautiful, the flavor is exceptional," he says. "You can see the craftsmanship in every stem of saffron ... it's 100 percent the right kind of stigma and it's top quality."

However, more than having the right shape, look and color what really counts is the smell and taste, says De Vienne.

James Clark is a visuals intern at NPR and a former Marine.