Fringe No More: 'Ancient Grains' Will Soon Be A Cheerios Variety

Fringe No More: 'Ancient Grains' Will Soon Be A Cheerios Variety 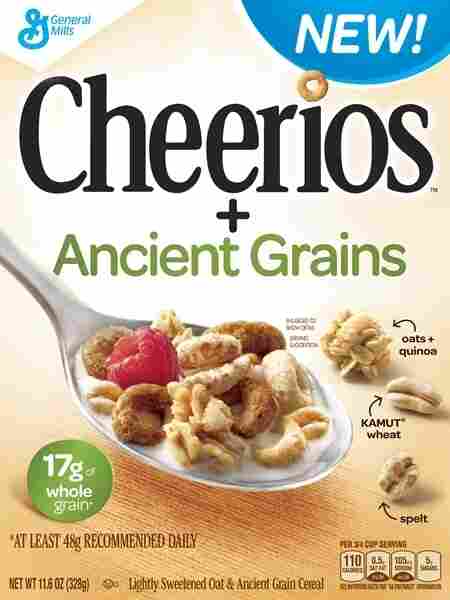 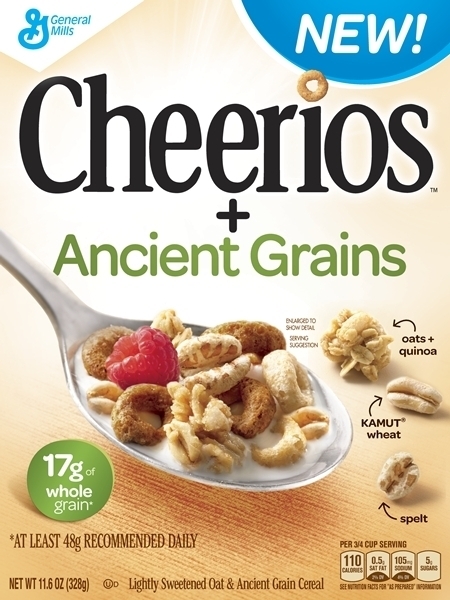 So-called "ancient grains" have moved with breathtaking momentum from America's culinary dissident fringe toward the mainstream — and now they've arrived. After all, what's more mainstream than Cheerios? In January, General Mills will introduce a new version of its flagship breakfast cereal, called Cheerios + Ancient Grains.

The new version of Cheerios will contain small amounts of quinoa, Kamut wheat and spelt along with the traditional oats.

"They're keeping their ears attuned to what's hot and trendy," says Topher Ellis, who's been monitoring the world of breakfast cereals ever since he and his two brothers fought over the prizes at the bottom of each new box. Topher co-authored The Great American Cereal Book: How Breakfast Got Its Crunch, and edits a newsletter on cereals called The Boxtop.

No one seems to know who first came up with the term "ancient grains." It certainly has little basis in history or botany. Spelt or quinoa or millet aren't older than oats or regular wheat; they're just more hard to find, and they've been relatively neglected by crop breeders. "You could just call them 'whole grains,' " admits Maria Speck, author of the cookbook Ancient Grains for Modern Meals.

But calling these grains "ancient," with its sense of mystery and archeological discovery, helped to express Speck's fascination with traditional whole grains. "I'm mesmerized by them," she says.

Speck did not, however, invent the term. Cynthia Harriman, director of food and nutrition strategies for Oldways, which promotes traditional foods, searched through her email archives and discovered that Nature's Path, the organic food company, was talking about "ancient grains" in 2005.

UPDATE Dec. 10, 10:15 am: Harriman did some further research and came across a reference to "ancient grains" in 1996, in an article first published in the New York Daily News. "I guess interest in ancient grains is more ancient than we even thought," she wrote in an e-mail.

Now, General Mills hopes that these allegedly ancient ingredients will invigorate a brand that's showing signs of age itself.

Cheerios helped to define the industrial era of American breakfasting when General Mills launched the product as Cheery Oats in 1941. But breakfast cereal sales have been sagging in recent years.

Ellis points out that General Mills has actually done a lot of experimenting with its venerable franchise. Since 1979, it has spun off a whole family of Cheerios subgenres. There are now 15 in all, including Honey Nut (which now outsells the original Cheerios), Dulce De Leche, Chocolate, Multi Grain and Protein.

All of the new versions are sweeter than the original. A serving of unadorned Cheerios has one gram of sugar, compared to nine grams in Honey Nut Cheerios. A serving of Cheerios + Ancient Grains will have five grams of sugar.

Speck seems uncertain how she should react to this ancient grains version of Cheerios. Part of her is quite pleased. "For me, it's beautiful that 'ancient grains' has this appeal," she says. On the other hand, she doesn't eat manufactured breakfast cereal, and isn't really interested in promoting it. "My interest is, I want people to cook more," she says.