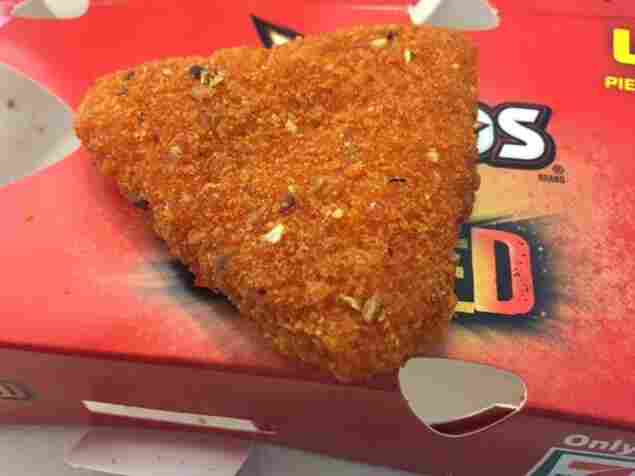 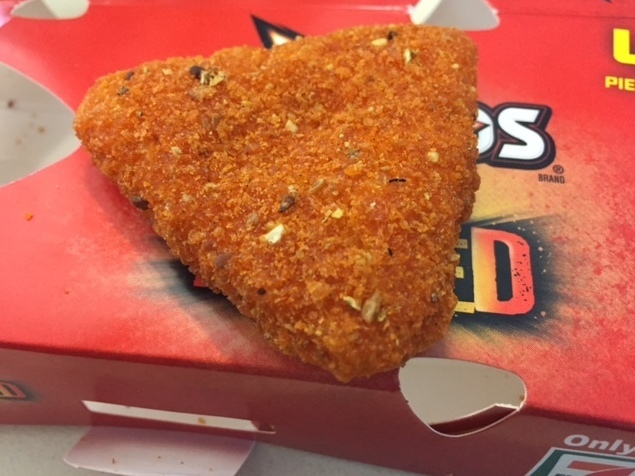 Doritos are everywhere. They're in taco shells at Taco Bell, they're in pizza crusts in Australia and they're sneaking up behind you right now with murder in their eyes. 7-Eleven has introduced the Doritos Loaded, shorthand for "vaguely Doritos-shaped fried thing stuffed with cheese."

Robert: This is what happens to Doritos after they eat too many Doritos.

Miles: My Doritos was so loaded that I had to hold its hair back while it threw up in my bathroom.

Eva: Perfect for the Dorito-lover in your life who's just had jaw reconstruction surgery and has to gum his food. I'll make that sentence gender neutral when you show me a woman buying dinner at 7-Eleven. 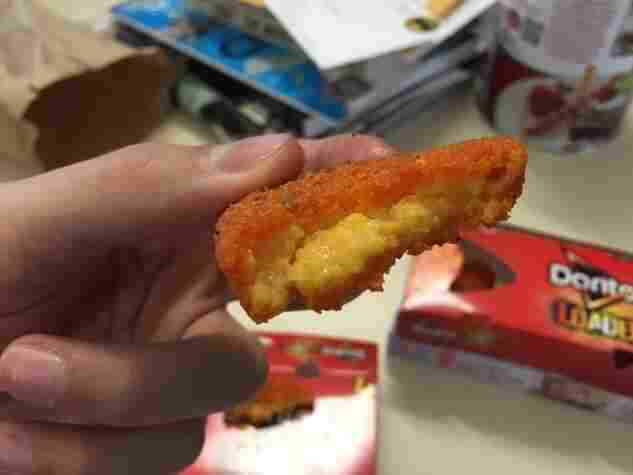 Doritos Loaded: Just nachos that keep their feelings on the inside. NPR hide caption 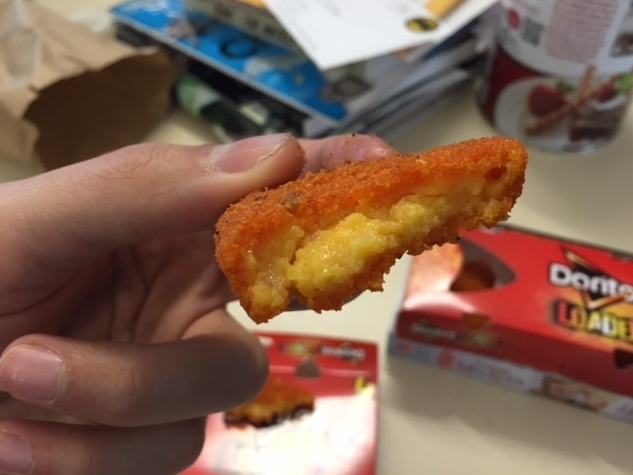 Doritos Loaded: Just nachos that keep their feelings on the inside.

Eva: These look like Doritos after they went to college and gained the freshman 15.

Robert: Helpful household tip: If they get too cold to eat, you can attach them to the bottom of furniture legs to help slide heavy items along the floor.

Ian: They have an aroma that makes you ask: Did someone bring Doritos Loaded, or did my grandpa just take his shoes off? 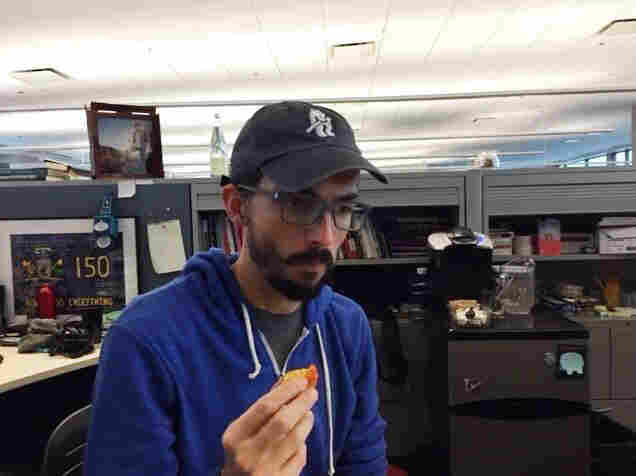 When handling Doritos Loaded, make sure the safety is on. NPR hide caption 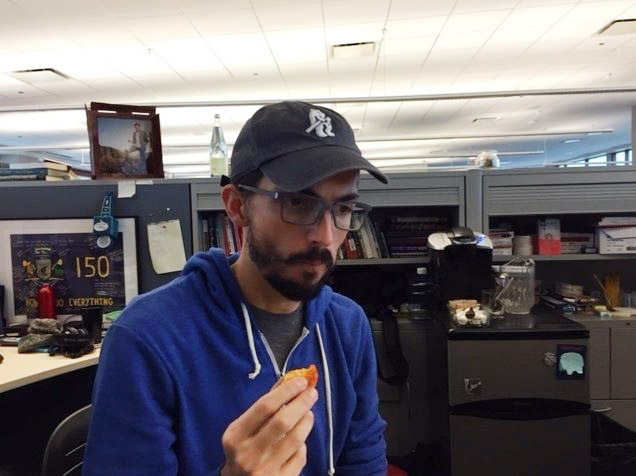 When handling Doritos Loaded, make sure the safety is on.

Ian: We're probably at the last point in history where you still have to mention something is made with Doritos. In 10 years, you'll just assume anything you're eating has some Doritos in it.

Robert: Including me. I've been composed primarily of Doritos since 1996.

Miles: It leaves a little crumb trail from the box to your mouth, like a disgusting Hansel and Gretel. 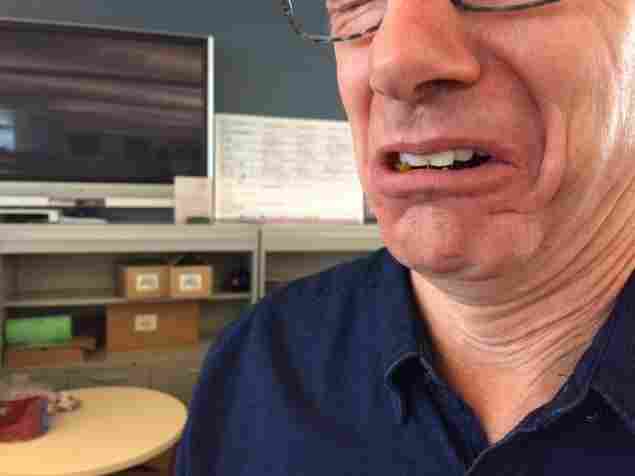 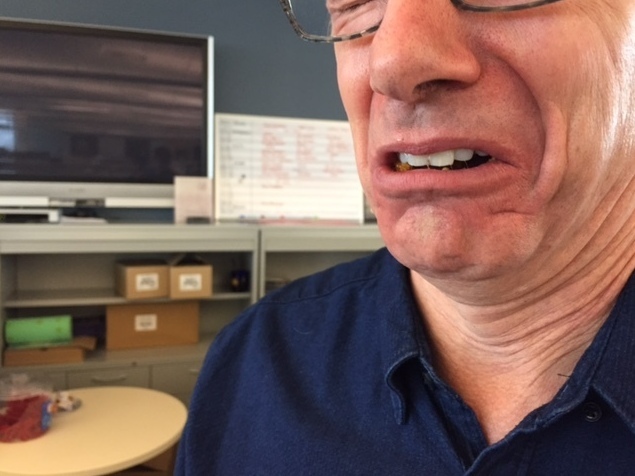 Ian: I bet whoever invented the triangle is pretty offended right now.

Robert: If only they were octagonal I might have stopped instead of yielded.

[The verdict: mixed. The cheese reminded some of us of the stuff in Handi-Snacks, which was a nice jolt of nostalgia. But overall we feel the Dorito has not been improved by this latest edition.]