Accessibility links
Top Chefs Discover Denver's Fast-Growing Restaurant Scene : The Salt Thanks in part to the nearby oil and gas boom, Denver is seeing a flood of affluent professionals with a hunger for good food. In one month this summer, for example, 40 restaurants opened. 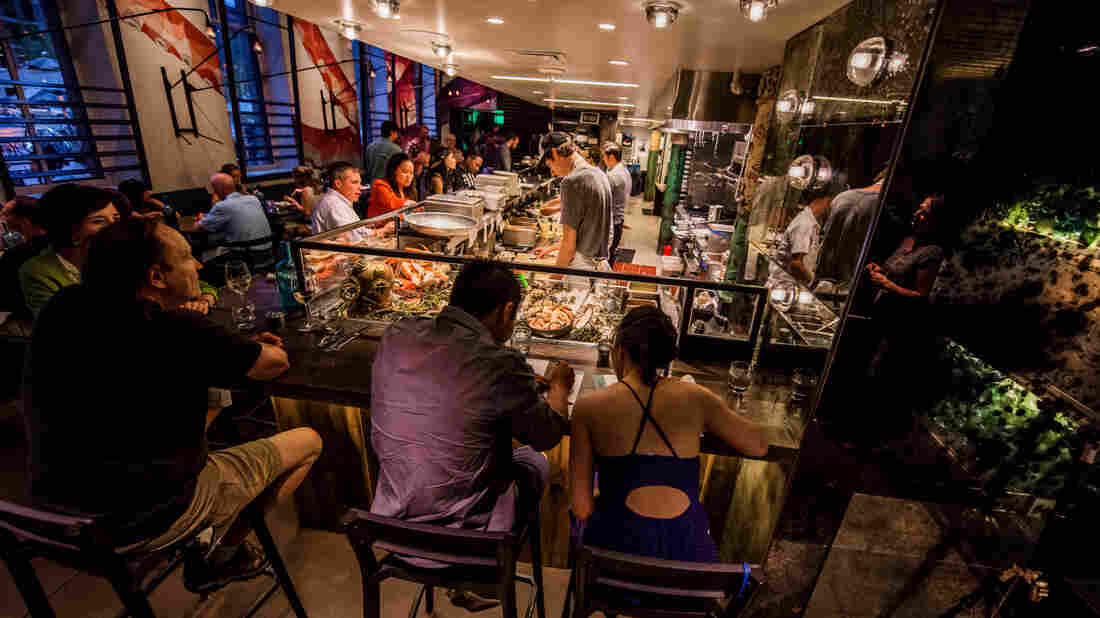 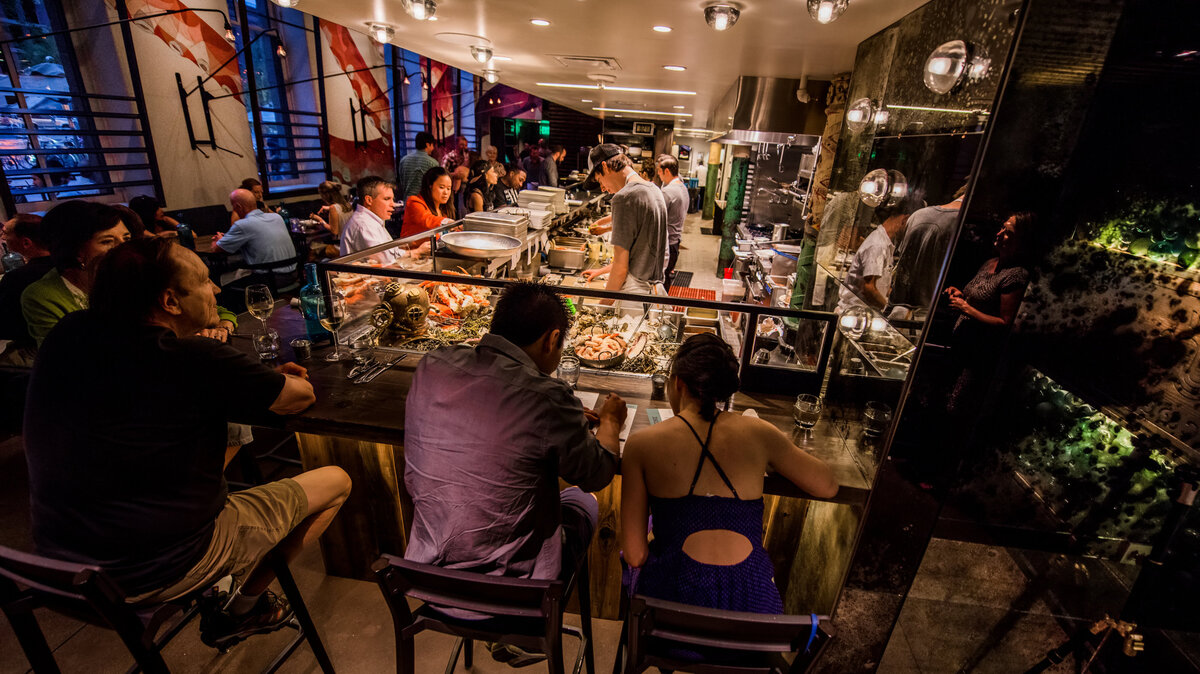 When you think of the restaurant scene, Denver probably doesn't come to mind. But that's just the latest change for a city whose population has ballooned in the last couple of years, thanks in part to a nearby oil and gas boom. Top chefs are beginning to take notice.

Award-winning pastry chef Keegan Gerhard, for example, just opened a new location of his restaurant, D Bar, that is three times the size of his old one. His chef buddies wonder why he's in Denver.

"Listen, everybody in my industry, certainly all of my [Food Network] TV colleagues [say]: 'Like, really Keegan? Really? Denver? What, are you afraid to compete? What, is your food not good?' Like, I've heard it all," Gerhard says. 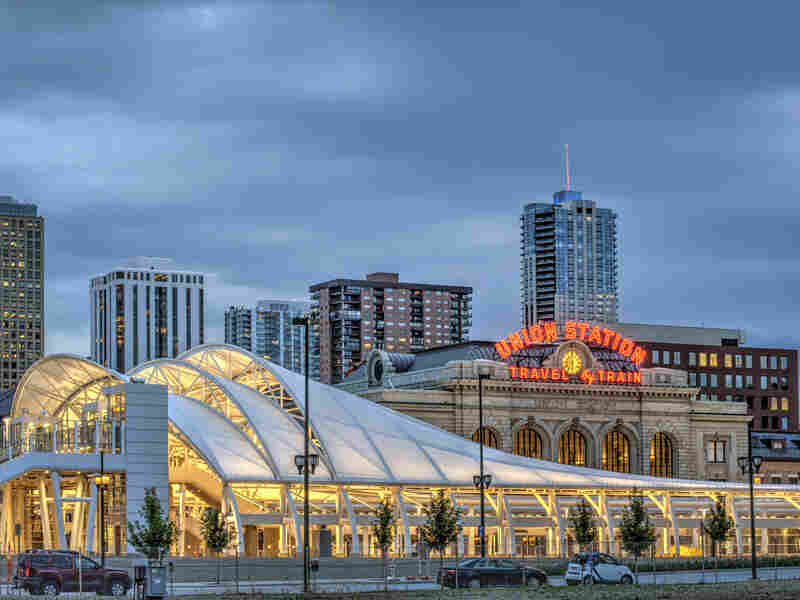 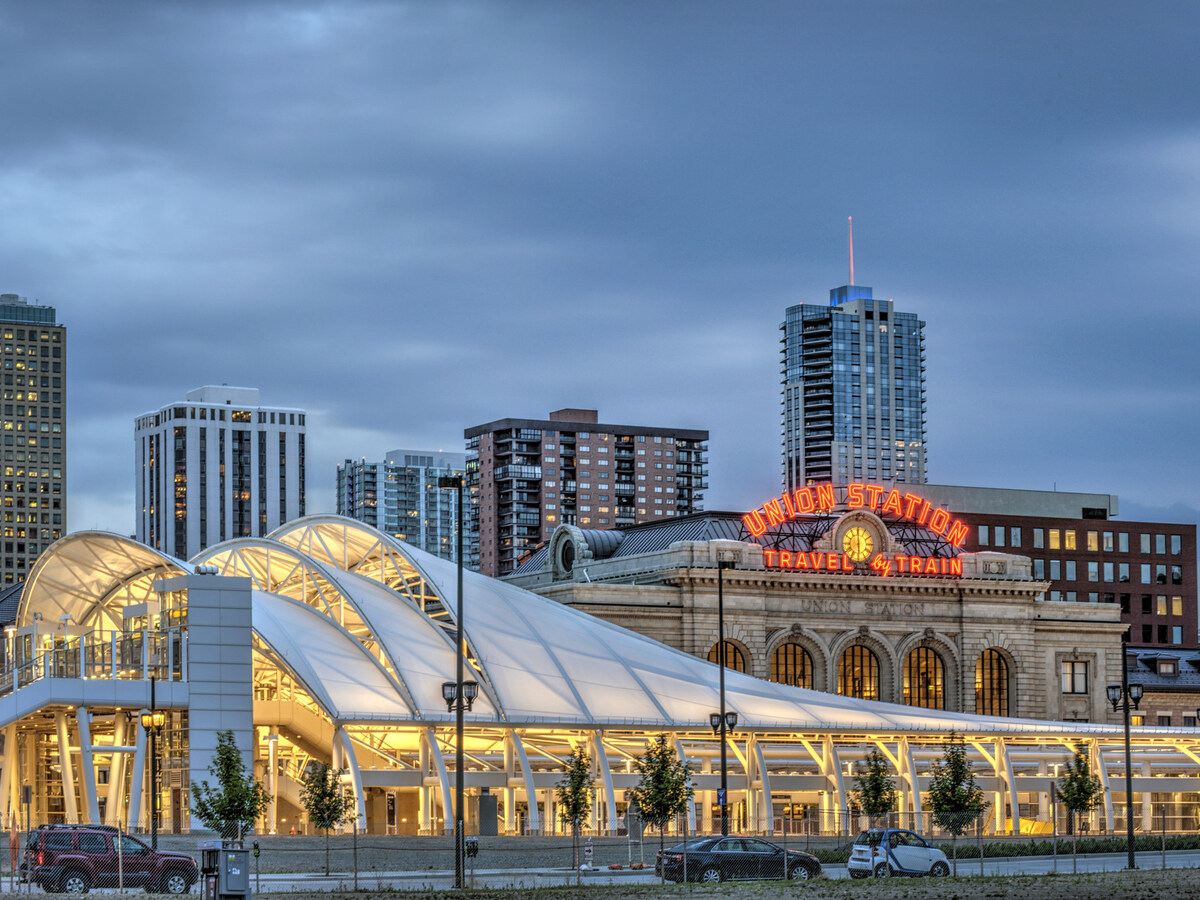 Denver's recently redeveloped Union Station is home to a slew of new restaurants and bars.

Gerhard is part of a massive influx of people here, making it the No. 2 fastest-growing big city in the country, behind only Austin. And all those transplants need somewhere to eat. In one month this summer, 40 restaurants opened.

"Sometimes, it takes a while for the ground swell to get here, and it's finally gotten here," says Jen Jasinski, a James Beard-award winner and Top Chef Masters star. She recently opened a restaurant in Denver called Stoic and Genuine. She's noticed that tastes have changed in her adopted city: Customers have more money and have become more adventurous and sophisticated.

"Buffalo tongue stroganoff in 2000 was going nowhere," she says. "So I definitely think the customers have [become more adventurous]. And I think it's TV, and everything on the Internet, and all of the blogs that are out there. They're interested in these new techniques and trying something new and inventive," she says.

Sometimes it takes a while for the ground swell to get here, and it's finally gotten here.

"The Denver base doesn't just want meat and potatoes anymore. We're so far beyond that," Bonanno says.

He says there wasn't even a restaurant scene here 20 years ago: "Nothing, there was nothing." Now he says so many have opened that it's hard to keep track.

The boom in restaurants in Denver even surprises longtime restaurant analyst Bonnie Riggs.

"What is normal in the restaurant industry these days is not normal," she says.

She says coming out of the recession, restaurant traffic has been flat across the country. But in fast-growing cities like Austin, Nashville and Denver, food is taking off.

The tower cranes hanging all around downtown are a constant reminder of the city's new affluence. Dozens of shiny new apartment and commercial buildings are sprouting up to relieve the pressure of falling vacancies. About $5 billion in development money has poured into downtown Denver in the last five years.

"So that impacts the rest of the city in a lot of ways," says Sonia Riggs, president of the Colorado Restaurant Association, as she nibbles on appetizers at a restaurant in the city's newly redeveloped Union Station.

"We really have arrived, I think, in a lot of ways as a cultural city. And we're getting a lot of recognition throughout the United States in that way, so restaurants [are] certainly a part of that," Riggs says.

Restaurant sales in Denver have doubled in the last 10 years. But restaurant profit margins are usually thin — and most fail within five years. Despite that, many would-be restaurateurs are betting that the evolution in Denver's culture and economy, and a nearby oil and gas boom, will be lasting.