Accessibility links
Nuns On The Ranch Give A Heavenly Twist To Beef : The Salt At a Colorado ranch run by Benedictine nuns, prayer and farming go hand in hand. "We have kind of a corner on the market" for grass-fed beef, says one sister. "People just kind of believe in it." 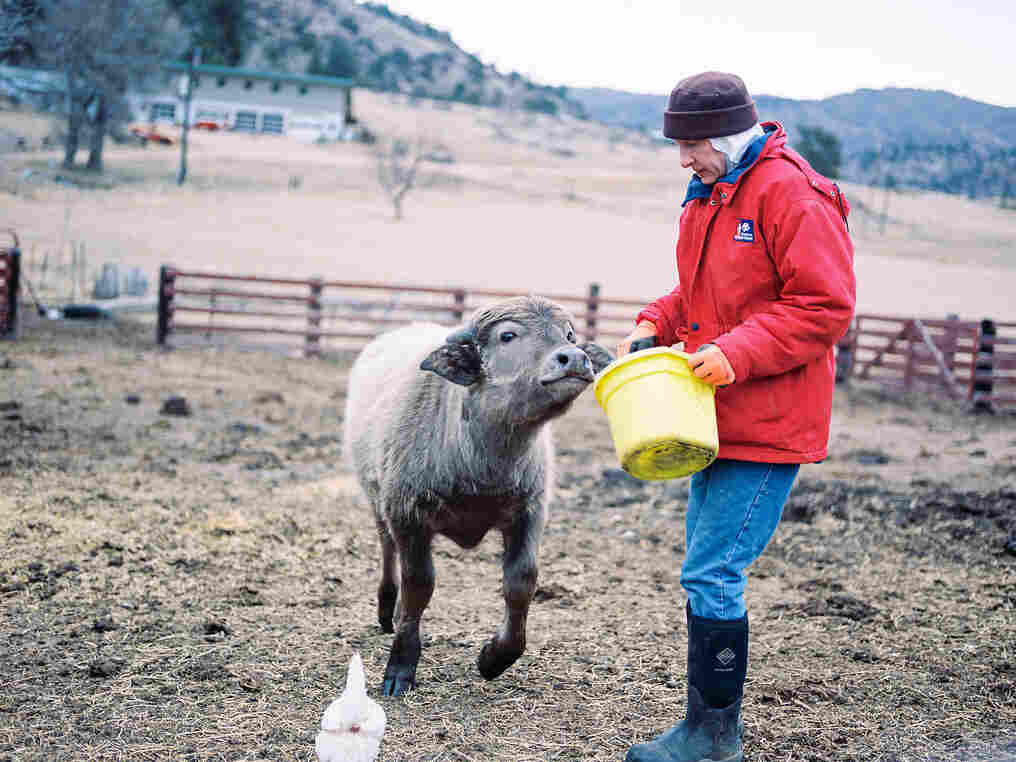 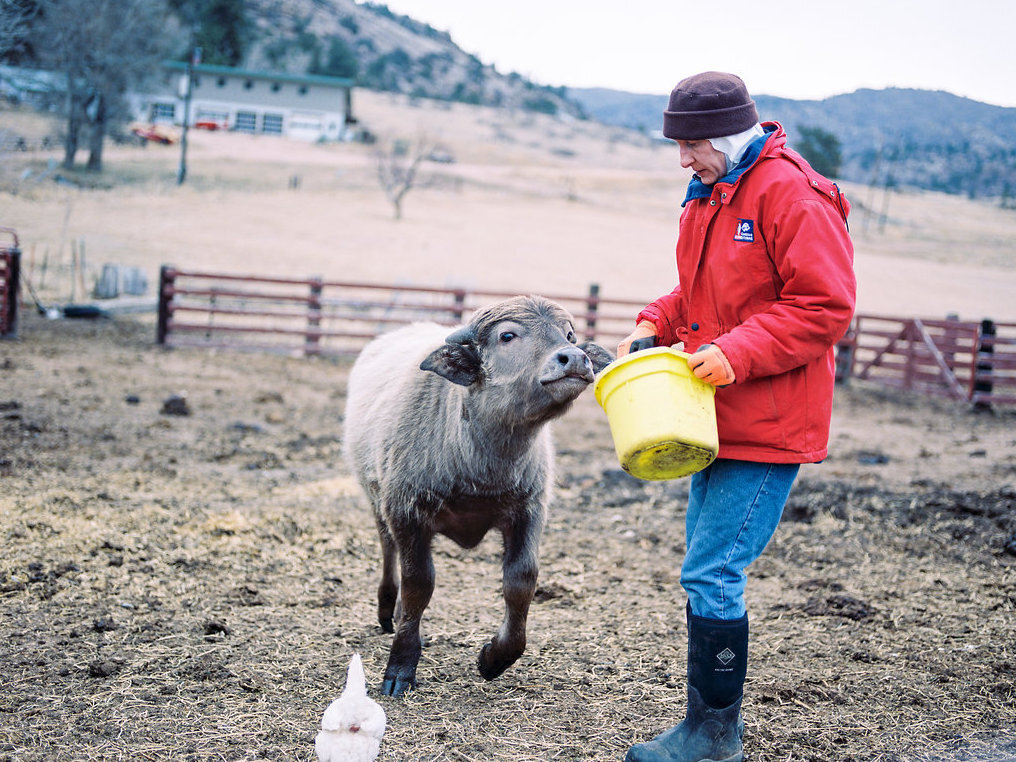 Sister Elizabeth feeds Yoda, a water buffalo calf at the ranch. The nuns bought the buffalo to make mozzarella.

Many beer aficionados are familiar with the rare breweries run by Trappist monks. The beer is highly sought after, but it's not the only food or drink made by a religious order. Many abbeys and convents have deep roots in agriculture, combining farm work with prayer.

Just 5 miles south of the Colorado-Wyoming border you'll find one of these places. Idyllic red farm buildings sit in the shadow of the main abbey, all tucked in a stony valley. At the Abbey of St. Walburga, cattle, water buffalo and llamas graze on grass under the watchful eye of Benedictine nuns.

Sister Maria-Walburga Schortemeyer runs the abbey's ranch. Other sisters volunteer their time to work. The list of agricultural activities is long. In addition to the cows and llamas, the nuns raise chickens and bees, most of which are used in the abbey's kitchen. The water buffalo are the newest addition, brought on in April and milked to make mozzarella cheese. But because the sisters need a health certification for their operation, the cheese-making is currently on pause.

The biggest moneymaker on the farm comes from the beef cattle. The sisters are very aware of their marketing edge, Schortemeyer says.

"We have kind of a corner on the market — you know, nuns selling natural beef. People just kind of believe in it," she says. 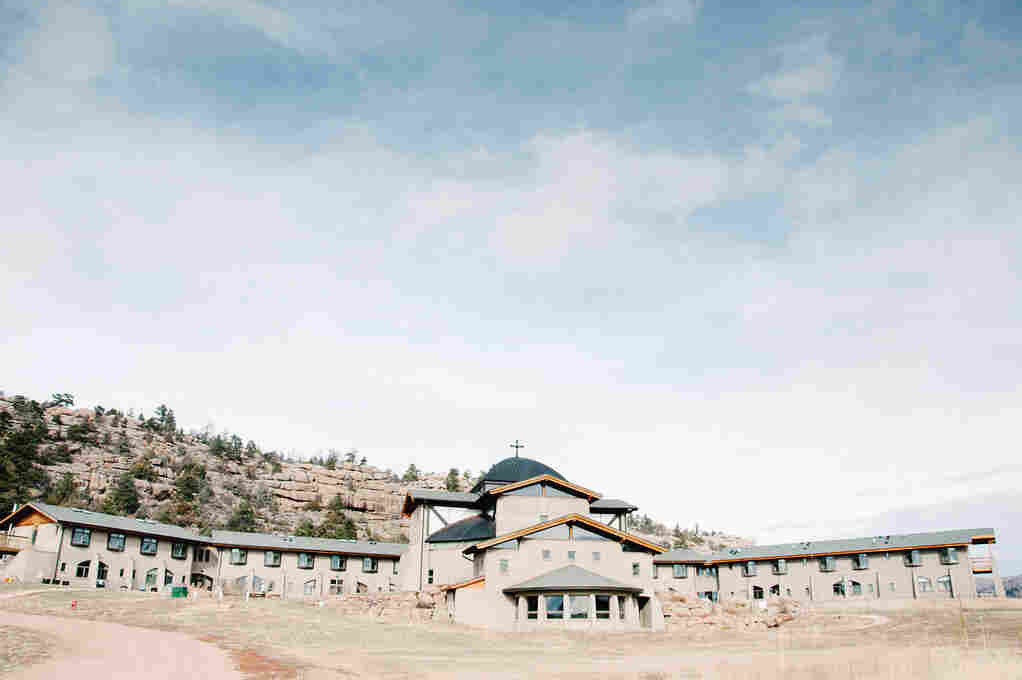 The farm buildings sit in the shadow of the main Abbey of St. Walburga, all tucked in a stony valley. Sonja Salzburg for Harvest Public Media. hide caption 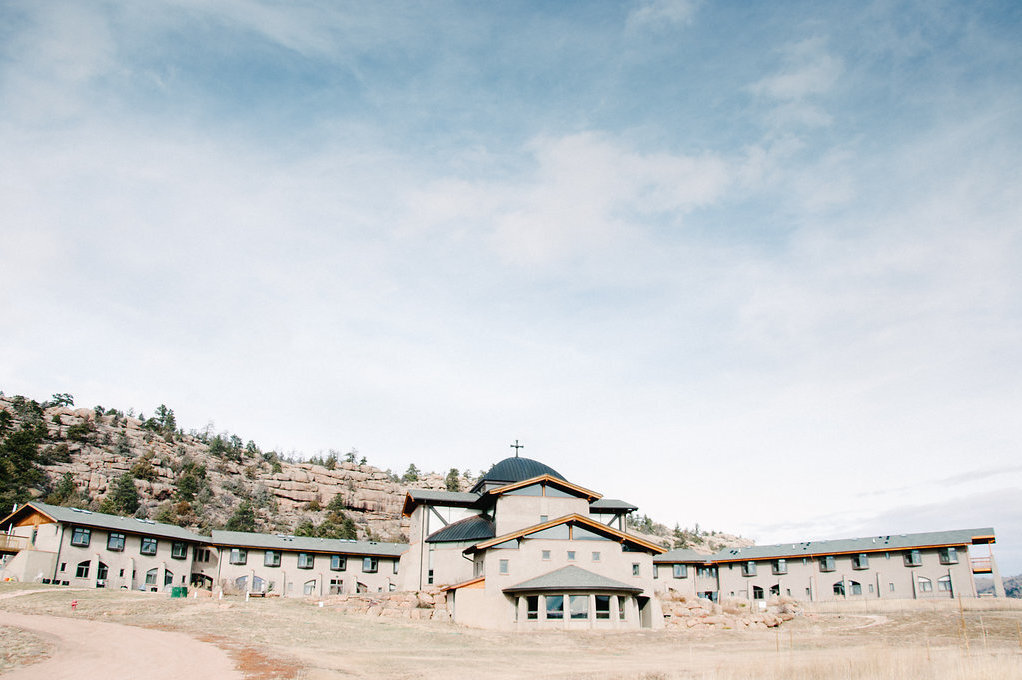 The farm buildings sit in the shadow of the main Abbey of St. Walburga, all tucked in a stony valley.

They've been in the grass-fed beef business now for about seven years. Because their operation is unique, so they've never had a problem selling out of their product.

"Some of our customers want it because of the beef," Schortemeyer says. "Some of them want it because they know how [the animals are] being cared for. We didn't have much trouble, and now we always have a waiting list for the beef."

To keep the baby cows safe from the region's numerous predators, the nuns employ a set of unorthodox security guards — the aforementioned llamas.

"We have seen them chase a mountain lion off the property," Schortemeyer says. "Llamas have various weaponry. One of them is their breath. They also kill with their front feet. They try to disembowel you — if they were upset with you."

That's right, a disemboweling guard llama raised by nuns. The sisters say the llamas usually save their spit and hooves for intruders, not the nuns who feed them. 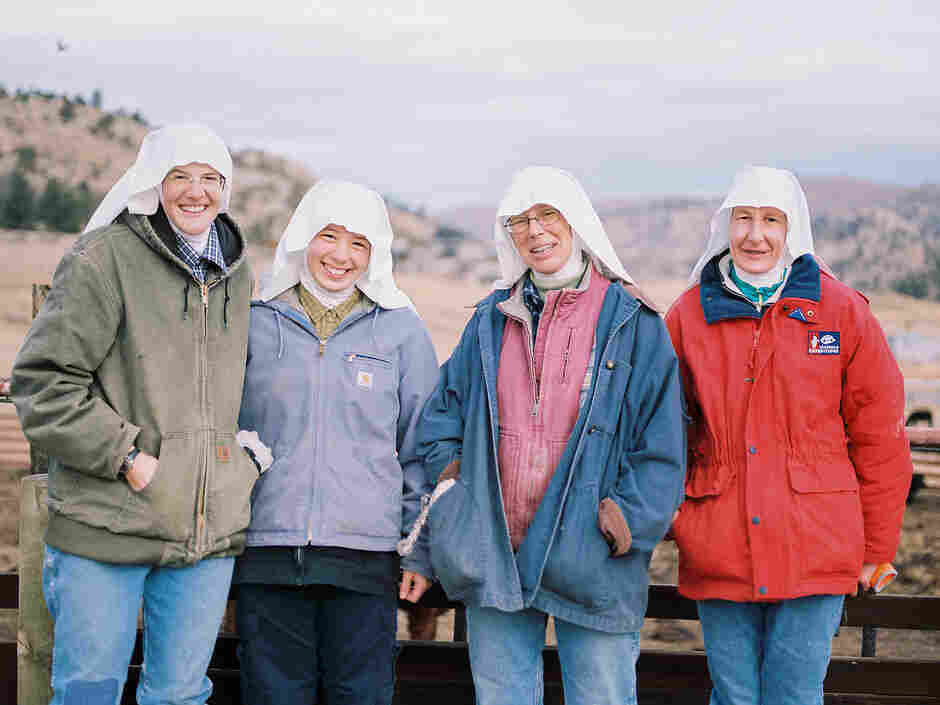 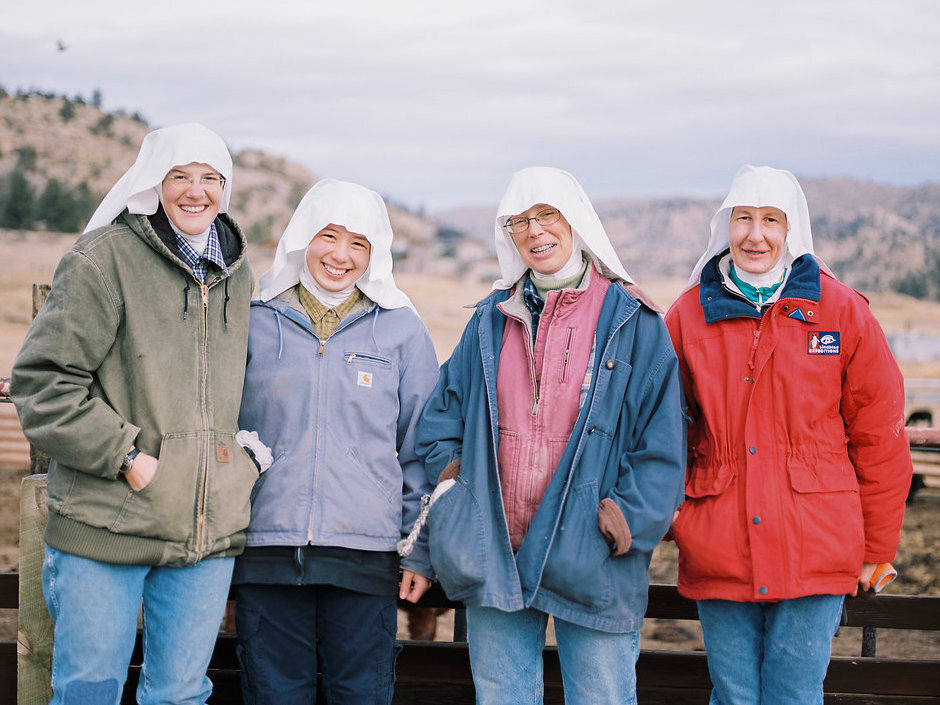 Benedectine nuns blend work and prayer on a farm run by the Abbey of St. Walburga near the Colorado-Wyoming border. From left are sisters Maria-Gertrude Reed, Ann Lee, Maria-Walburga Schortemeyer and Elizabeth Baumgartner.

When many religious orders were founded centuries ago during the Middle Ages, agriculture was more than a way of life; it was a way of survival. Monasteries were self-sustaining, growing the food they ate. While farming has become less common as society has urbanized, Schortemeyer says the abbey's farm is more than just a quaint business. Other sisters have questioned the ranch's value, but Schortemeyer says it keeps the sisters connected to the outside world.

"When our neighbors are suffering from drought or suffering from flooding, we can totally relate to them. We're not above and beyond. ... It's good to be at the mercy of the environment, and so that other people know we don't live some ethereal life," she says.

Benedictine monasteries, with orders like the Trappists and Cistercians, use the motto Ora et Labora, meaning prayer and work. That motto doesn't represent separate ideas to the sisters. All day long, prayer and work are intertwined.

Seeing their simple farm clothes of plaid shirts, jeans and Carhartts, it can be easy to forget the women are nuns — save for the fact they still wear the familiar fitted white coif covering their heads.

Back at the main abbey, Schortemeyer dons the traditional black and white habit. No more Carhartt jacket. With farm work done for the morning, it's time for prayer. It won't be long before they're headed back out to the ranch to round up some rogue llamas.

This story comes to us from Harvest Public Media, a reporting collaboration that focuses on agriculture and food production.