Accessibility links
For Australian Christmas, Everything's Overturned But The Pudding : The Salt Cooking in 100-degree weather is no fun, which is why many Australians ditched roasts and other holiday mainstays long ago. Except for Christmas pudding, a tradition steeped in history — and alcohol.

For Australian Christmas, Everything's Overturned But The Pudding

For Australian Christmas, Everything's Overturned But The Pudding 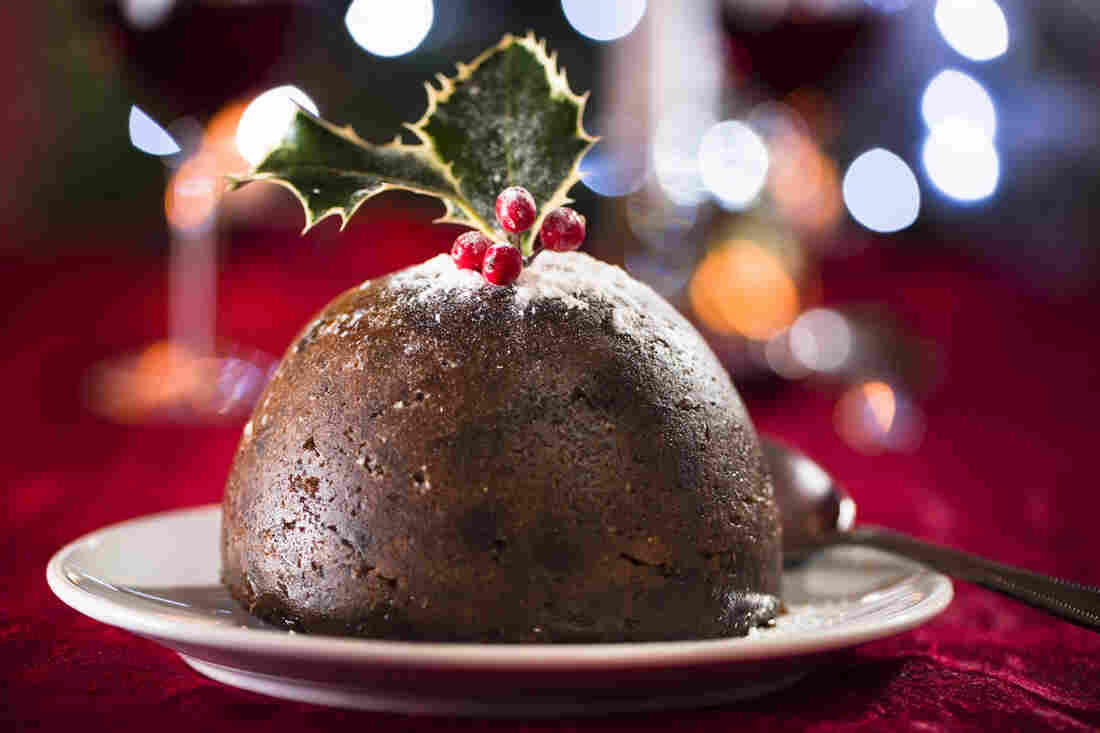 Australian Christmas today is characterized by gastronomic eclecticism. Many of us have abandoned the old British customs — except for the rich and alcoholic Christmas pudding. Edward Shaw/iStockphoto hide caption 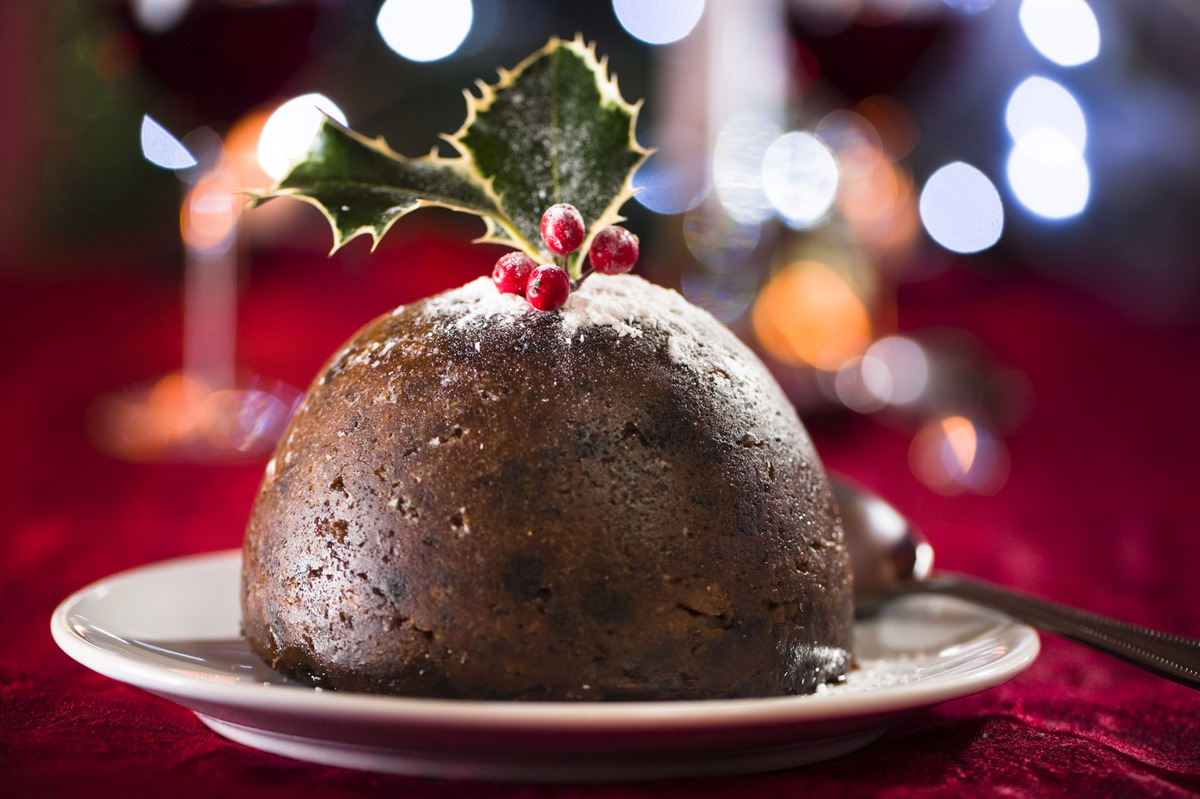 Australian Christmas today is characterized by gastronomic eclecticism. Many of us have abandoned the old British customs — except for the rich and alcoholic Christmas pudding.

Americans know Australia as the land Down Under, and one consequence of this geographical flip is that Christmas here falls at the height of summer.

Our 100-degree temperatures aren't exactly conducive to cooking with a hot oven — although early colonists gave it their best shot.

But it wasn't long before Australians began to rebel, ditching the formal dining room for the pleasures of a picnic spread at the beach or a shady glade. Over the years, many of us have abandoned the old British customs altogether.

Except for Christmas pudding.

Plum pudding, as it's also known, has a long, distinguished history going back to at least the early 17th century. Ironically, plums are not an ingredient, though other fruits — dried raisins, sultanas and currants — are obligatory, as are aromatic spices. These are suspended in a matrix made of grated suet, eggs, breadcrumbs and flour — and a healthy pour of brandy, or sometimes rum or sherry. Traditionally, this rich and alcoholic dessert is served with custard and brandy butter. While you welcome it on Christmas Day, once a year is plenty.

Ideally, you make the pudding in November, giving it a month to age. You prepare the fruit and search for silver coins and tiny charms — a money purse, a horseshoe, a ring — to add in. These will predict the finder's luck in the coming year.

Finally, you assemble family for the all-important stirring: Everyone takes turns grasping the stout wooden spoon and pushing it through the solid mass of fruit, coins and charms while making a wish. The spoon must always follow the same direction, and there can be no pause in the stirring, for fear that wishes will not be granted.

All of this ritual — inherited, like the pudding itself, from English tradition — enhances significance, for the pudding, only ever served on Christmas Day, symbolizes Christmas in Australia. It's one of a privileged collection of foods and drinks that, throughout the world, are associated with particular festivals, whether religious or secular, public or private.

Initially, 19th-century Australians faithfully followed English customs, sweating it out to prepare Christmas tables laden with roast beef and all the trimmings. But in adopting menus more in sympathy with the climate, the population found itself gastronomically adrift during the holiday.

Early 20th-century newspapers tried to remedy that, sponsoring competitions for the ideal Christmas menu, always with two options: a hot or cold Christmas dinner. Some promising ideas emerged, such as cold chicken pie, lobster mayonnaise and veal and ham mold. But none of these stayed around long enough to gain general acceptance.

And so to the present, where there is no consensus across the nation as to a Christmas menu. With no new model established, people resort to family tradition: "It's not Christmas without Mum's potato salad." Or they choose dishes that are sufficiently different from everyday meals to mark the day as exceptional and carry the symbolic importance. Think expensive, extravagant treats, such as oysters, prawns and lobsters, or a symbol of largesse, such as a whole ham. Or a dish that represents a labor of love on the part of the cook, such as a deboned, stuffed chicken.

What characterizes the Australian Christmas today is a gastronomic eclecticism that accommodates all families, all faiths, all cultural affiliations. The old idea of a single dish or a menu shared across the nation is more honored in the breach than the observance.

But, we still have pudding. Curiously, in the multiplicity of menus across Australia at Christmas, the pudding remains a surprising constant. Perhaps because it is seen as playing a supporting role, secondary to the main course, it has not been challenged in the same way. And despite the inventiveness of Australian women over the years in producing cold variations — jellied plum pudding, ice cream plum pudding, frozen plum pudding — these never became an alternative tradition.

So in many households, the rich, brandy-sodden Christmas pudding survives, a nostalgic nod to the past. The stirring of the pudding, however, increasingly happens in commercial kitchens. Even time-strapped families can continue the tradition, thanks to supermarkets and Lions clubs, which raise money for charity through the sale of Christmas puddings.

Will it survive for one more generation? Waiting in the wings is another contender, the summer duo of mangoes and cherries, both at their seasonal best in December. Fresh, light and uncomplicated, this pairing is also a distinctly Australian finale to Christmas dinner.

Barbara Santich is a culinary historian, professor emeritus at the University of Adelaide and author of Bold Palates: Australia's Gastronomic Heritage.