Accessibility links
Why Bury Fig Trees? A Curious Tradition Preserves A Taste Of Italy : The Salt For generations, Italian-American fig growers in the Northeast have buried their trees in trenches for the winter. It's a tradition that preserves both flavor and ancestral ties to southern Italy. 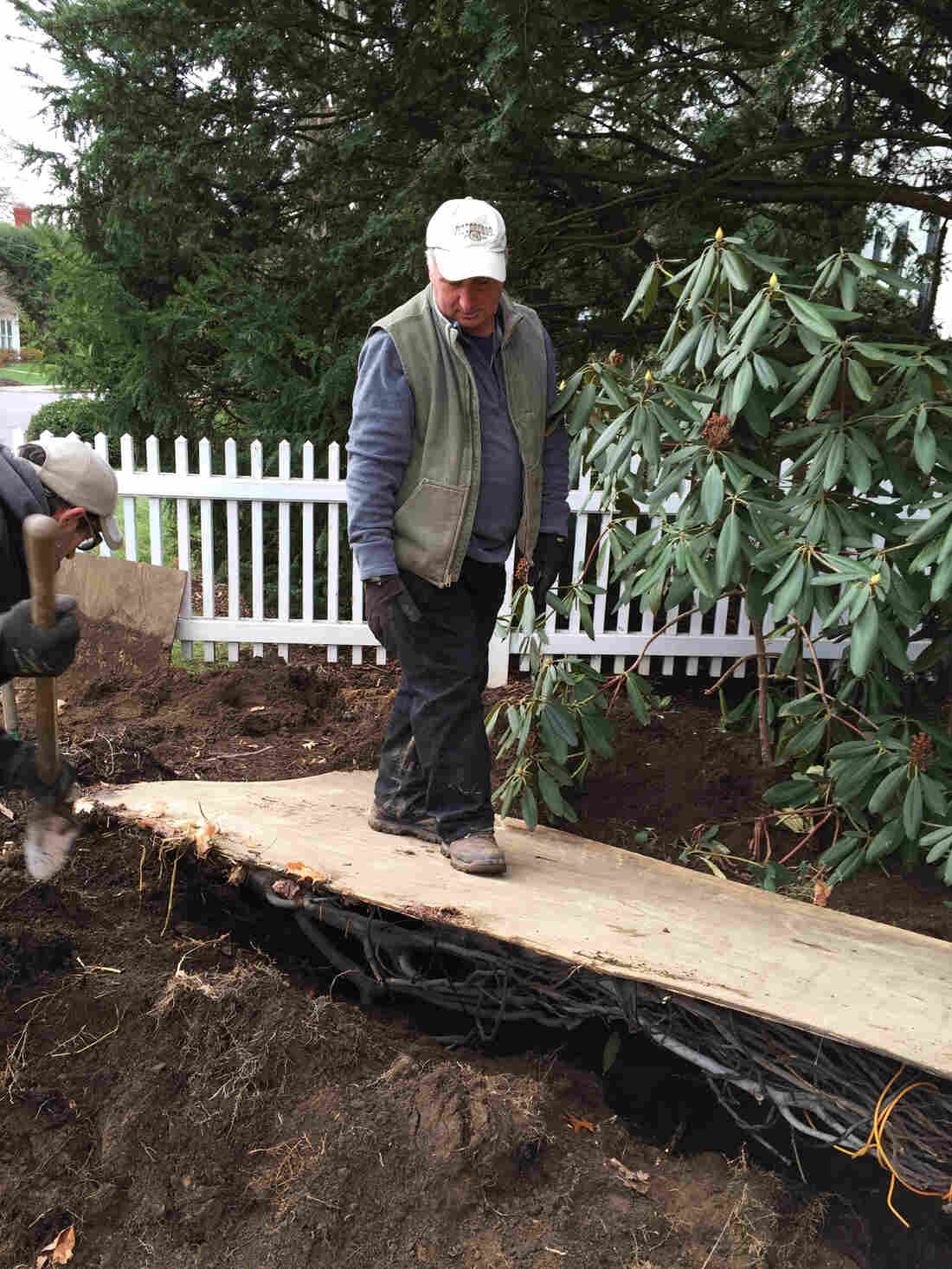 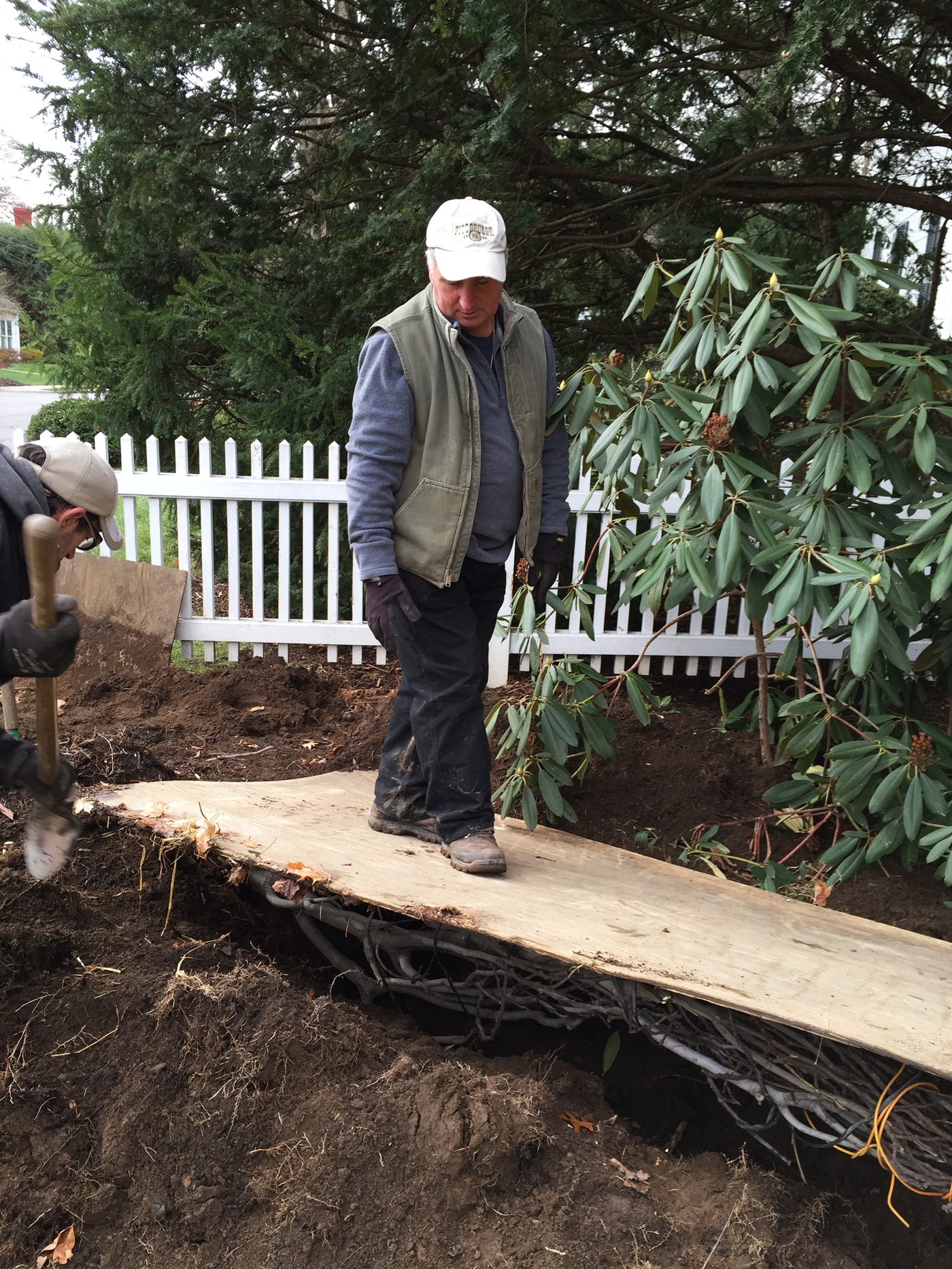 Michele Vaccaro buries a fig tree in the yard of Mary Menniti in Sewickley, Pa.

On a gray, chilly December morning in Sewickley, Pa., Michele Vaccaro and his assistant are digging a trench in a garden.

"It looks like we're burying somebody over here — a body," Vaccaro says.

Cast your old Godfather stereotypes aside, because this Calabrian immigrant is carrying on a much more wholesome tradition: He's burying a 12-foot fig tree.

"It's been done for years. Probably [since] the 1800s," he says, when Italians coming to America first started bringing fig trees over from the old country. "They would put them always in the ground."

The trees get buried because figs aren't especially suited to growing in the cold climate of the Northeast. Freezing temperatures and whipping winds can kill a fig tree.

As Italian immigrants like Vaccaro age — the 60-year-old moved to the United States in 1976 — they're looking to pass this curious tradition on to a new generation.

Some fig growers try other methods — including bringing potted plants into unheated garages, or wrapping their trees in burlap — to keep the plants alive. Those solutions often work during a mild winter. Menniti says that during a cold winter, though, "Only the ones in the ground were the ones that survive consistently." 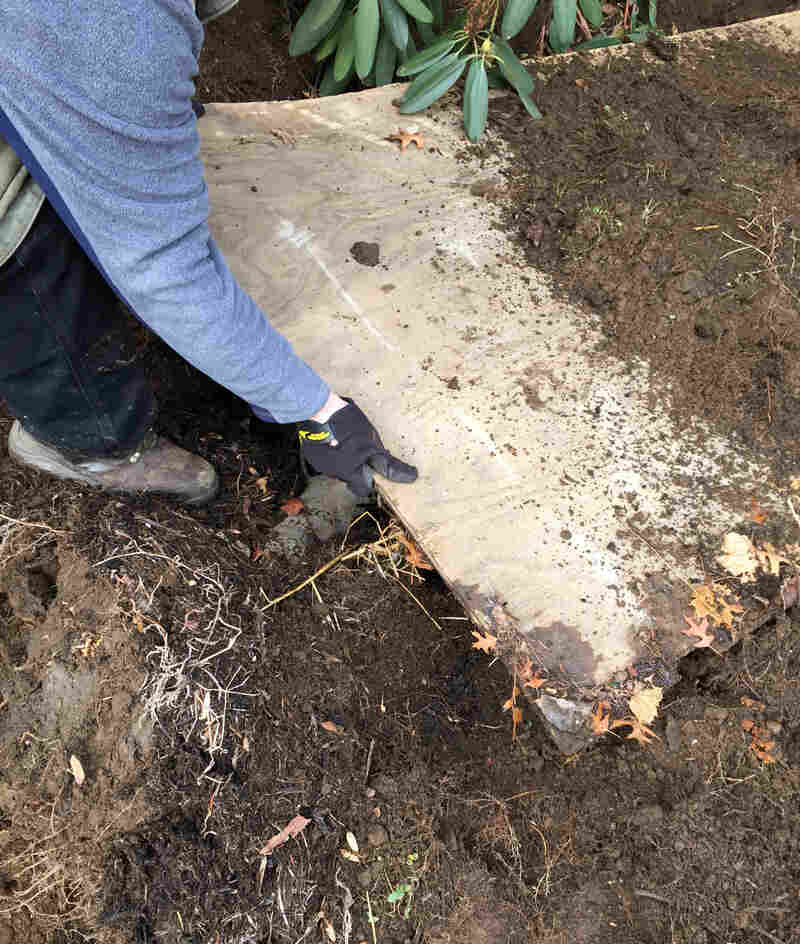 Michele Vaccaro adds a piece of plywood on top of the tree before covering it with the remains of last summer's garden. Hal Klein for NPR hide caption 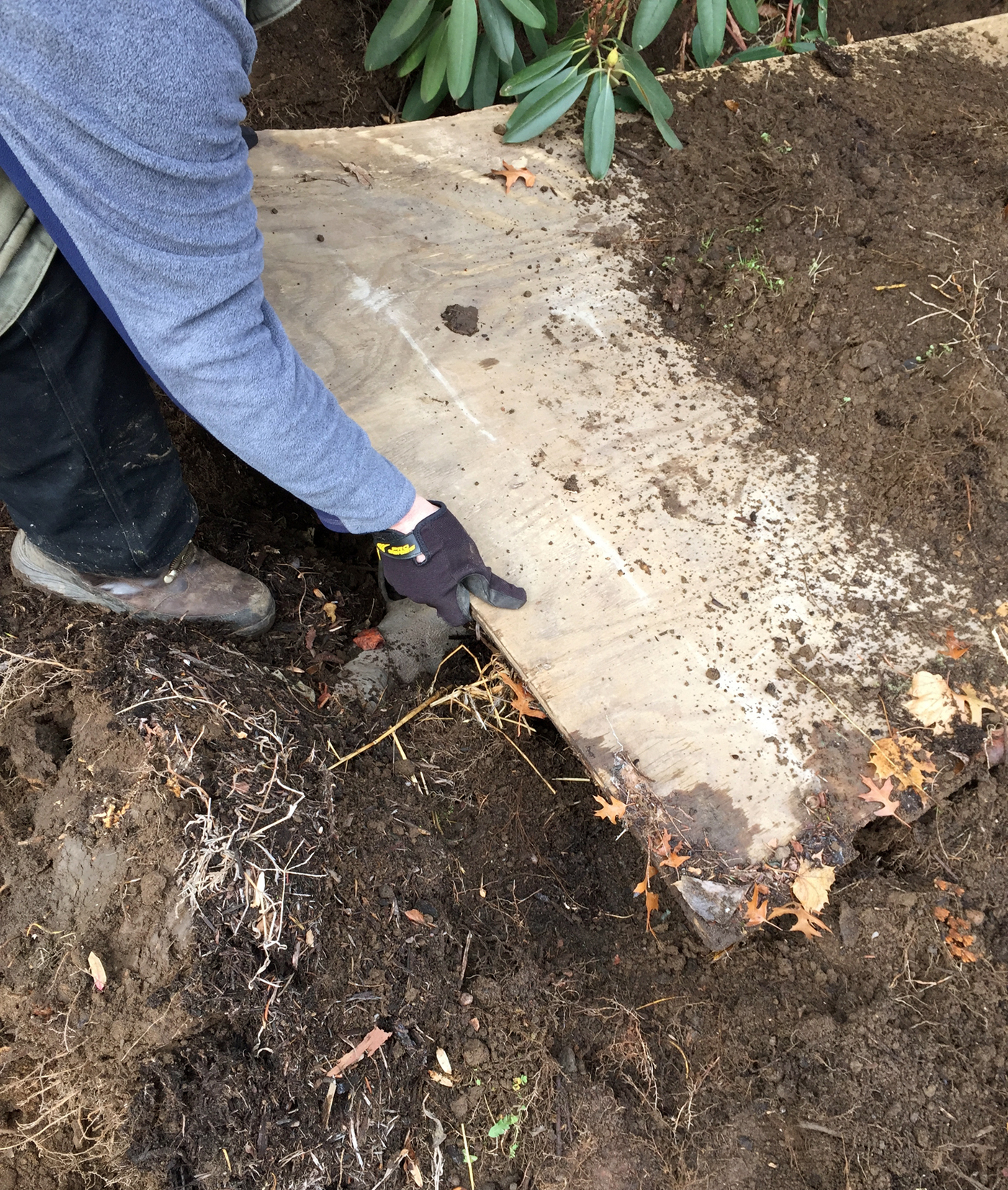 Michele Vaccaro adds a piece of plywood on top of the tree before covering it with the remains of last summer's garden.

So after the tree's leaves drop, but before the ground freezes, Italian-American fig growers in the Northeast pull their trees into a 2-foot-deep trench until spring.

Vaccaro is teaching Menniti how to bury the tree that he gave to her three years ago. Once the trench is dug, he uses an old electrical wire to tie the tree into something that looks like a rocket ship. Branches snap and pop while he does it. Then, with the tree still in place, he starts to bend it toward the grave. Thousands of capillary-like roots are broken as he pulls the tree parallel. By the time it's in the ground, it's hanging on by just a few of its strongest roots.

It's a lot of work for a few baskets of figs, even if those figs have an earthy, herbaceous flavor impossible to find at the grocery store. What's important to this group of immigrants is that these fruits connect them to their southern Italian roots.

"We cannot forget Italy. It's always in our blood. We left from there, but we still care in our hearts all the time. And that's something that keeps us in touch with our Italian heritage," Vaccaro says.

"It's like having a living heirloom," says Menniti. She also cares for a tree first grown by her late grandfather. 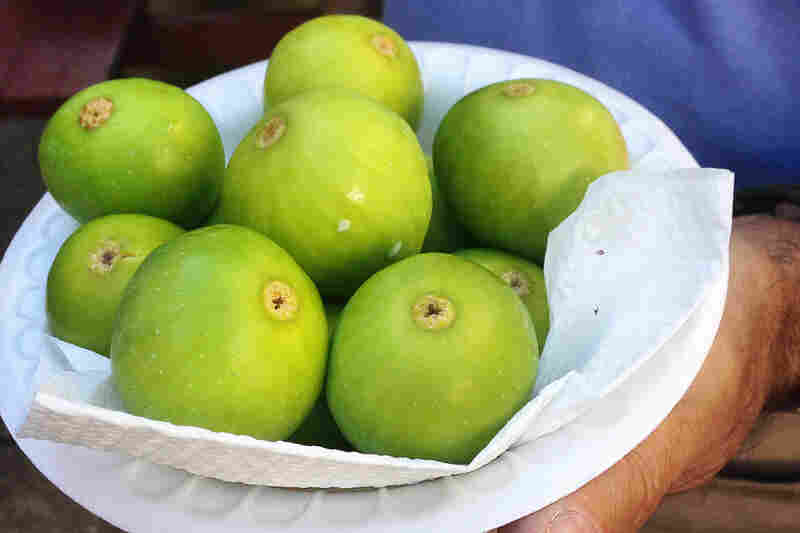 A basket of figs plucked from a tree in Pittsburgh in September. Hal Klein for NPR hide caption 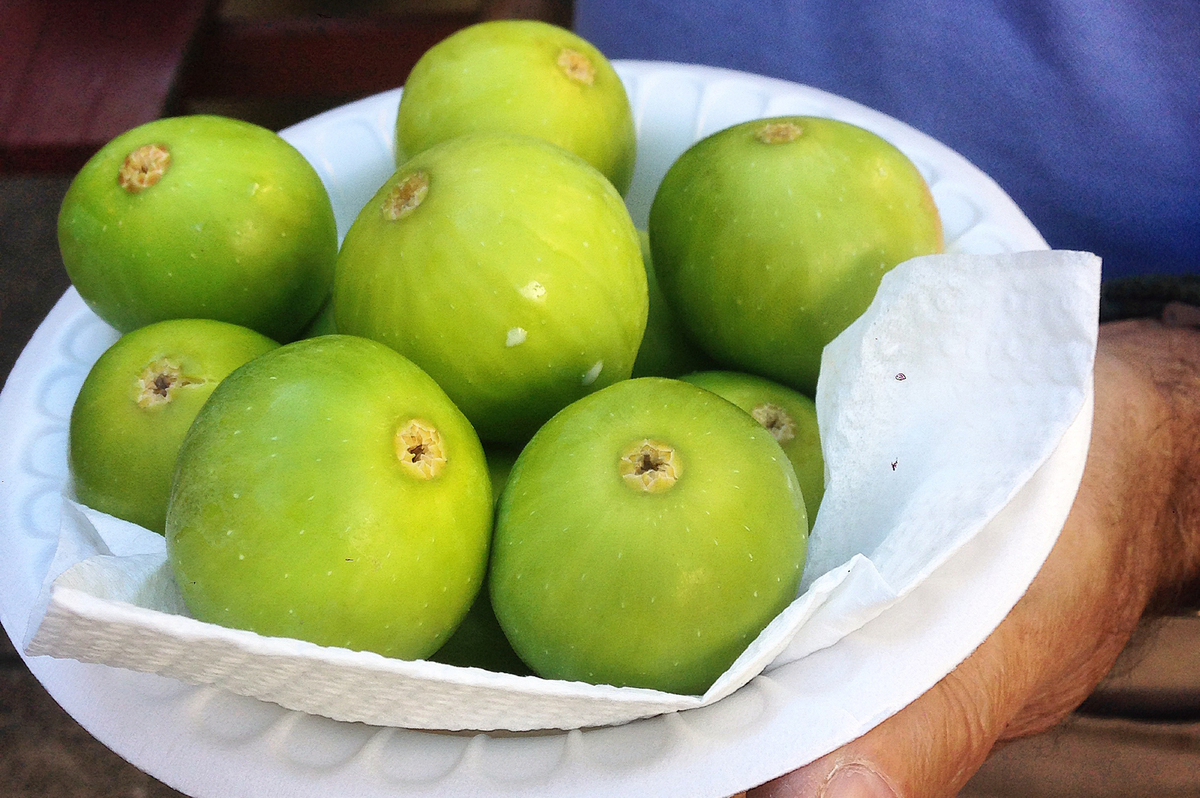 A basket of figs plucked from a tree in Pittsburgh in September.

This heirloom is treated a bit more roughly than Victorian china, but fig trees are remarkably resilient. Vaccaro covers the grave with plywood, and then, in the Italian tradition of wasting nothing, covers the plywood with the remains of last summer's garden. Those tomatoes, beans and pepper plants will help insulate the trees and then, in the spring, decompose to compost to feed them.

"It's a lot of work. But when you eat those figs, it's worth it," says Vaccaro.

In the spring, Vaccaro, Menniti and other Italian-Americans in the Northeast will unearth and upright their trees — they pop back up as easily as they bend down. By summer, these fig lovers will once again reach into their trees' branches, twist off the fruits and taste a sweet bite of home.