Accessibility links
Craft Brewers Are Running Out Of Names, And Into Legal Spats : The Salt One consequence of the thousands of breweries that have sprung up? Just about all the beer names you can imagine have been snapped up. That's making it harder for newcomers to name that brew. 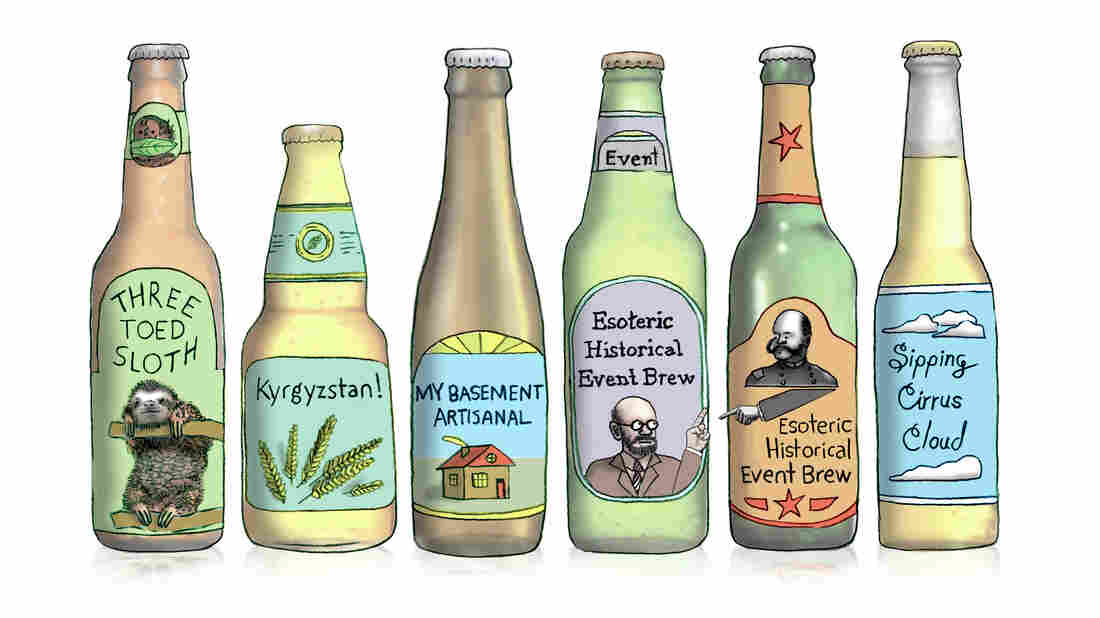 With so many craft breweries now in operation, just about every beer name you can imagine is taken. That's making it harder for newcomers to name that brew without risking a legal fight. Leif Parsons for NPR hide caption 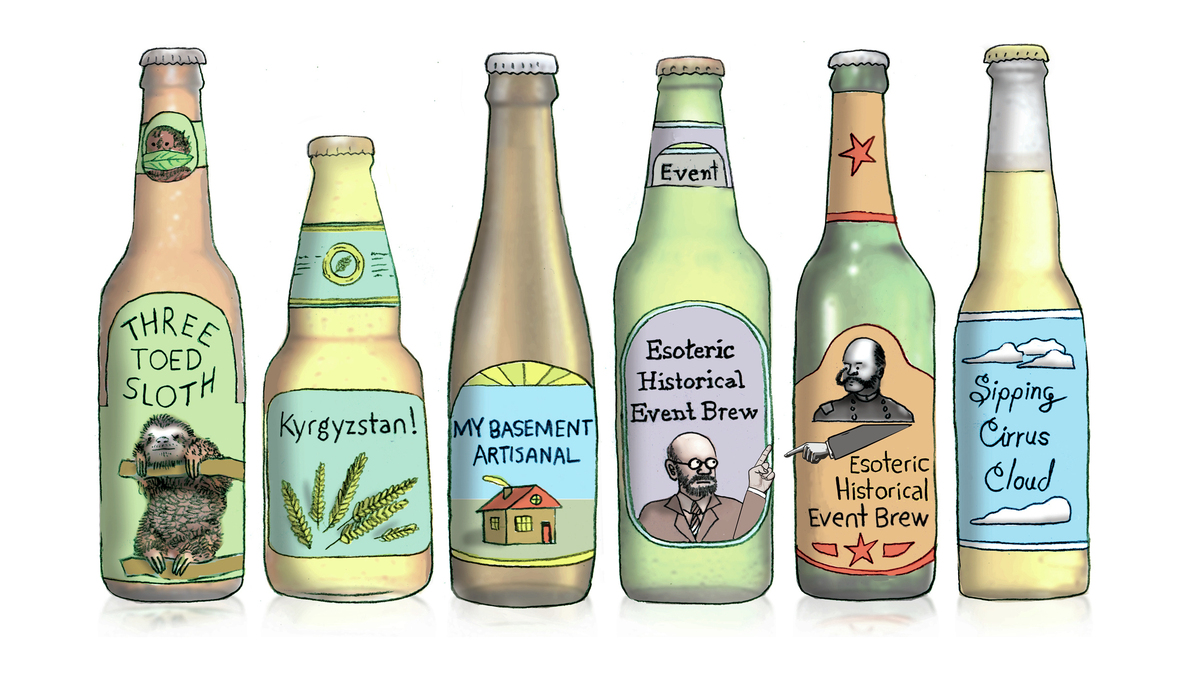 With so many craft breweries now in operation, just about every beer name you can imagine is taken. That's making it harder for newcomers to name that brew without risking a legal fight.

Virtually every large city, notable landscape feature, creature and weather pattern of North America — as well as myriad other words, concepts and images — has been snapped up and trademarked as the name of either a brewery or a beer. For newcomers to the increasingly crowded industry of more than 3,000 breweries, finding names for beers, or even themselves, is increasingly hard to do without risking a legal fight.

Candace Moon, aka The Craft Beer Attorney, is a San Diego lawyer who specializes in helping brewers trademark ideas and also settle disputes. Moon tells The Salt she has never seen a brewery intentionally infringe upon another's trademarked name, image or font style. Yet, with tens of thousands of brands in the American beer market, it happens all the time.

"There are only so many words and names that make sense with beer, so it's not surprising that many people will come up with the same ideas," Moon says.

Name overlaps may not matter as long as the beers are sold in different regions, but in such cases, Moon says, would-be conflicts often go unresolved.

For example, when the brewers at Avery in Colorado and Russian River in California discovered that they each had a beer named Salvation, they met at an annual Colorado beer festival to talk it out. Vinnie Cilurzo, co-owner and brewmaster of Russian River Brewing Co., says that neither he nor Adam Avery knew who had coined the name. Nor were they particularly worried about it. Still, they took the opportunity to come to a clever compromise. They combined their beers in a blend and named it Collaboration Not Litigation.

Other cases get ugly. In July 2013, Lagunitas Brewing Co.'s owner, Tony Magee, received a cease-and-desist order from SweetWater Brewing Co. in Atlanta demanding that the Northern California brewing giant stop using the marijuana code "420" in the cryptic artwork and messaging found on many Lagunitas beer labels. Since the 1990s, SweetWater had made a beer called 420 Extra Pale Ale. Magee, who responded to the demand with a volley of Twitter jabs at SweetWater, quickly agreed to the demand.

Magee admits he has called out others — like Knee Deep Brewing Co. — when they have printed IPA labels too similar to his own. The Lagunitas IPA label features three stencil-style letters, bold and black, in a serif font and without periods in between.

American trademark law lumps breweries together with wineries and distilleries, making the naming game even chancier. A widely circulating rumor has it that Yellow Tail Wines, of Australia, came after Ballast Point Brewing Co., in San Diego, for naming a beer "Yellowtail." Ballast Point's pale ale is now conspicuously lacking a fish-themed name (a signature, if not a trademark, of the brewery), though an image of a brightly colored yellowtail still resides plainly — and legally, it seems — on the label. A spokesperson for Ballast Point said the company could not discuss the matter.

Even imagery can be trademarked and protected in court. San Diego's Port Brewing Co., for instance, applied several years ago for a trademark to use Celtic cross-shaped tap handles at its brewpub, specifically for its Lost Abbey label. When Port, which first installed its stylized tap handles in 2008, discovered that Moylan's Brewery and Restaurant, near San Francisco, was serving beer with similar handles, Port sued Moylan's.

"I'd been using Celtic crosses for 16 years when [Port's owner] came after me," Brendan Moylan tells The Salt. Moylan says he lost time and money fighting the lawsuit — but not his crosses. He thumbed his nose at the San Diego brewery and kept his tap handles.

Moylan's has been involved in other trademark battles, too. Moylan says he was the first brewery to name a beer Kilt Lifter. However, he didn't trademark the two words. Over the years, other craft breweries put the same name on their own beers — often dark and malty Scotch-style ales. Moylan, who says he isn't a "trademarkey kind of guy," wasn't concerned.

Then, as Moylan tells it, a brewing company in Arizona called Four Peaks not only adopted the name but applied for a trademark on it. Foreseeing legal troubles, Moylan voluntarily took the name off bottles of his beer that were shipped to states where Four Peaks beers are sold. Four Peaks representatives could not be reached for comment.

Moylan says the owners of Four Peaks recently visited his brewpub with a peace offering: a Four Peaks T-shirt and some beer. Moylan drank the beer and has even worn the shirt. It might not have been the happiest ending for his Kilt Lifter, but it wasn't a, um, bitter end.