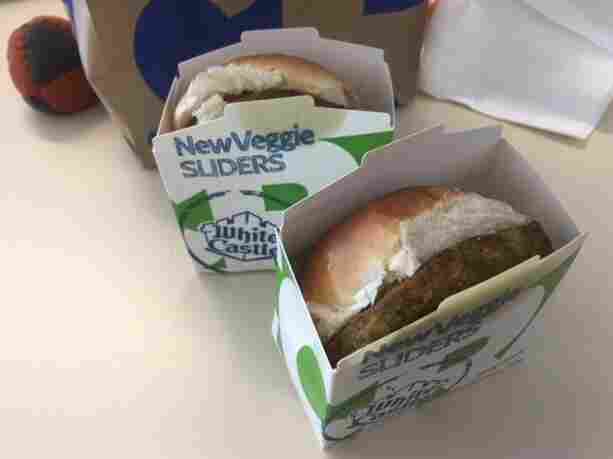 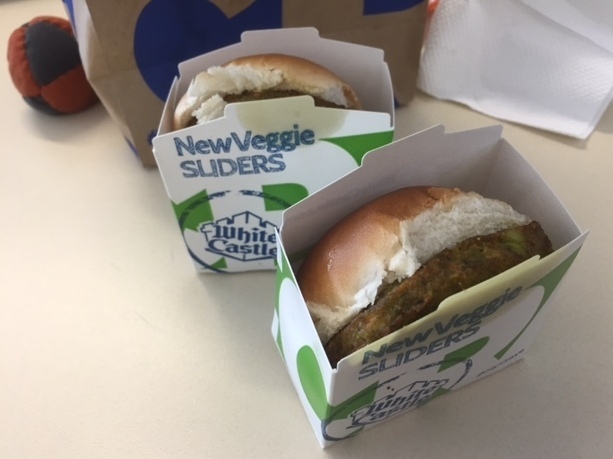 Let's talk about the creepy green stains on the slider sleeves.

White Castle is not a place you think of as a restaurant for vegetarians. In fact, early franchises built moats and had cauldrons of hot oil at the ready to keep vegetarians out. So, the new Veggie Slider comes as something of a surprise. It's a tiny veggie burger made with carrots, zucchini, peas, spinach and broccoli on a tiny bun, topped with honey mustard, ranch or Thai sauce.

Eva: Oh, did you get these from Beige With Weird Green Lumps Castle?

Miles: Harold and Kumar Go To White Castle, Are Confused.

Ian: Honestly, at normal White Castle pace, I'm into slider No. 4 before I realize they're veggie burgers. 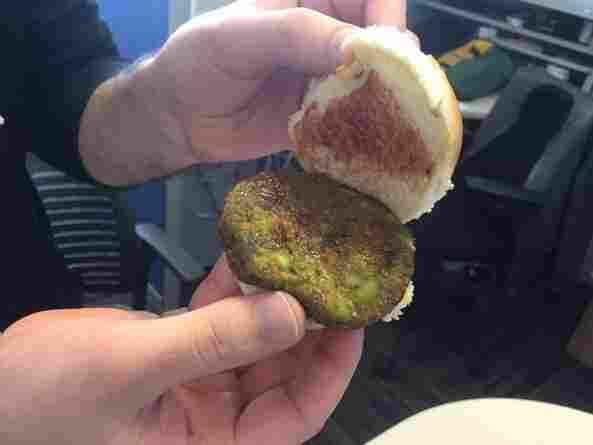 A look within the slider. NPR hide caption 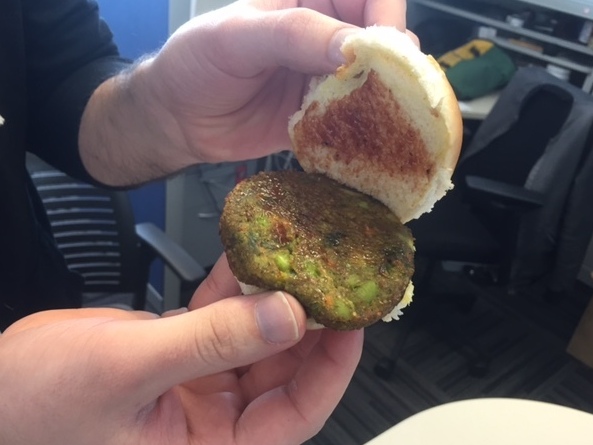 A look within the slider.

Peter: Wait, do the green spots mean it's got vegetables or it's low emission?

Ian: White Castle offering a veggie burger is like my grandma offering me drugs. Doesn't seem right, but I'm not gonna say no.

Peter: I understand PETA has protested the conditions under which these vegetables were killed. 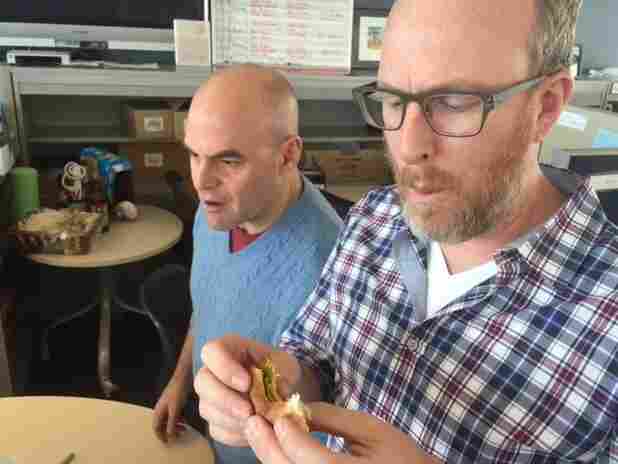 Mike and Peter usually chew their sandwiches in perfect unison, but the White Castle Veggie Slider threw them off. NPR hide caption 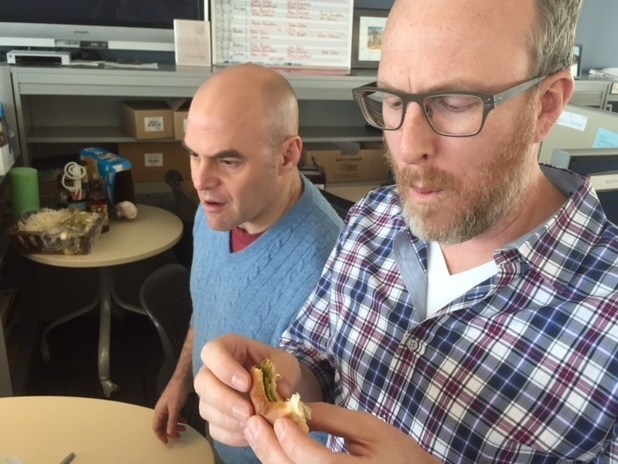 Mike and Peter usually chew their sandwiches in perfect unison, but the White Castle Veggie Slider threw them off.

Robert: I think I can eat this since I'm an ovo-lacto-barfo vegetarian.

Miles: When I first heard that White Castle was making vegetarian sliders, I assumed that meant it was making them out of vegetarians. After eating them, I still think that may be true.

[The verdict: Not too bad. They don't have a whole lot in the way of texture, so it's a little bit like inhaling greasy air. But we like veggie burgers and we're glad White Castle is making one.]