Accessibility links
Multivitamins: The Case For Taking One A Day : The Salt Multivitamins have gotten a bad rap. But studies suggest these dietary supplements may help plug the nutrition gaps resulting from our less-than-ideal eating habits. 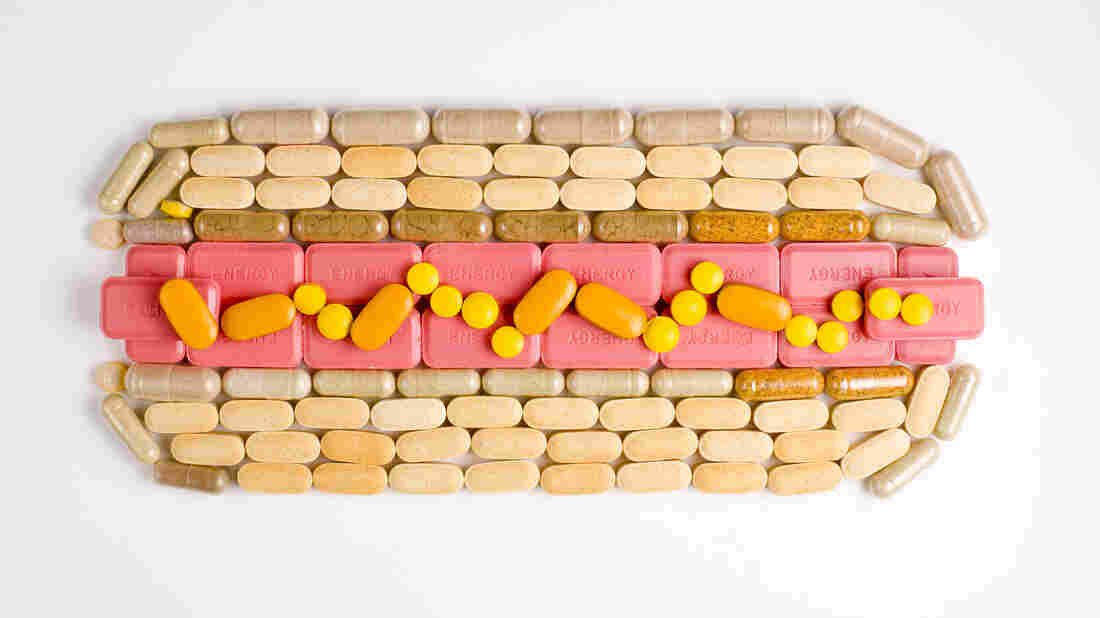 Ideally, we'd all eat super healthful diets. But that's not the world we live in, and multivitamins may help bridge the nutritional gaps. Jasper White/Getty Images hide caption 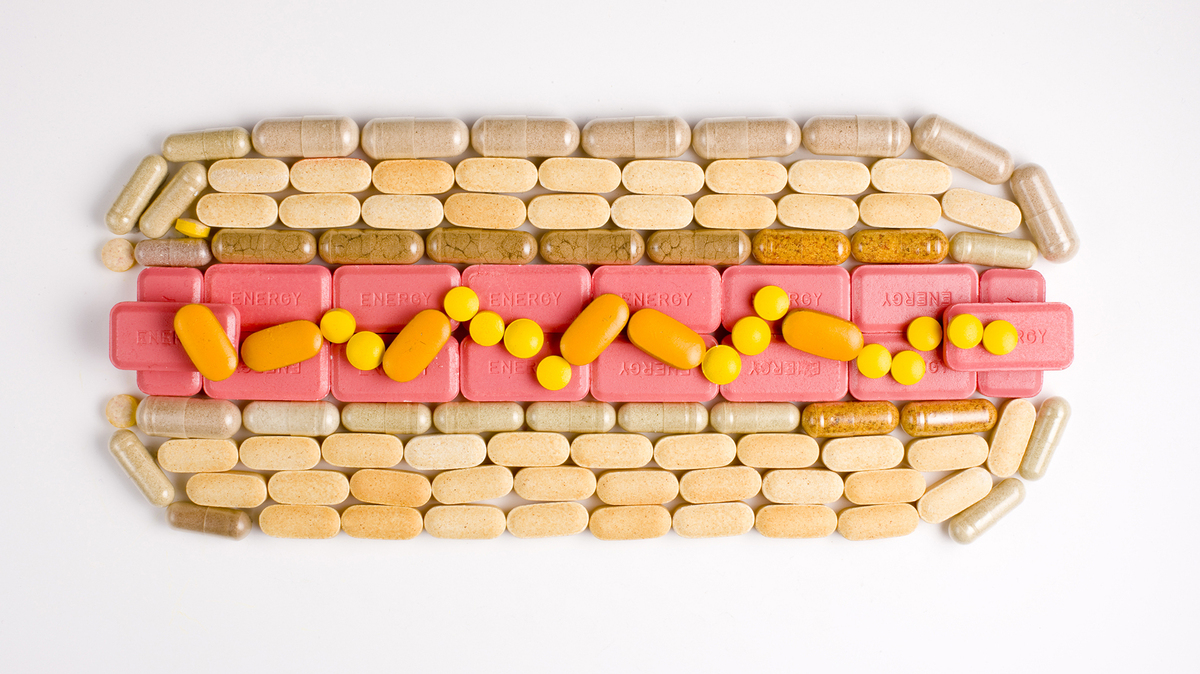 Ideally, we'd all eat super healthful diets. But that's not the world we live in, and multivitamins may help bridge the nutritional gaps.

In an ideal world, we'd all be eating copious amounts of nutrient-dense foods such as fruits and vegetables — and getting all the essential vitamins and nutrients our bodies need for optimal health.

But, as a nation, we're far from that healthful eating ideal.

According to the Centers for Disease Control and Prevention, Americans, on average, only eat about one fruit and one or two vegetables on a typical day. This helps explain why millions of people fall short of the recommended intakes of some vitamins and minerals.

For instance, more than 1 in 3 children and teens (ages 9 to 18) don't meet recommended intakes for calcium and vitamin D, according to a study in The Journal of Pediatrics.

So, how might people with less-than-stellar diets plug the gaps of good nutrition?

Fortification efforts, such as the Food and Drug Administration's requirement that folic acid be added to many cereals and breads, have paid off. As this CDC infographic points out, folate levels in women increased by 50 percent between 1993 and 2006. This is critical, since folate helps prevent birth defects.

Another option? Taking a daily multivitamin with minerals may be helpful.

A study published in the American Journal of Clinical Nutrition found that supplements helped adults meet the recommended intake of certain minerals, such as calcium and magnesium in men and women, as well as iron for women.

Another study found that in children and teenagers (ages 9 to 18), "taking supplements added nutrients (for example, magnesium, phosphorus, and vitamins A, C, and E) for which intakes would have been inadequate from food alone," according to study author Regan Bailey of the National Institutes of Health.

So, given the case that vitamins may be a good way to avoid nutritional inadequacies, why do they get a bad rap?

About a year ago, as we reported, the U.S. Preventive Services Task Force concluded that there was insufficient evidence to recommend for or against the use of multivitamins for prevention of cancer and heart disease.

Some medical experts have also weighed in, concluding that vitamins and supplements are a waste of money. Researchers also point to evidence that taking more than the recommended levels can be harmful.

As our colleagues at Shots have pointed out, studies have found that multivitamins show no benefit in preventing early death.

What's more, one of the largest studies ever conducted to evaluate multivitamin use, the Physicians' Health Study II, determined that, at least in men, taking a multivitamin did not reduce the risk of death from heart disease.

But the evidence is decidedly mixed. For instance, that same study found a small reduction in cancers and cataracts associated with multivitamin use.

And just this month, a study published in the Journal of Nutrition found that women who took a multivitamin with minerals for three years or longer had a lower risk of death from heart disease. Interestingly, the benefit was not seen in men.

So when it comes to preventing serious diseases, the jury is still out on whether taking multivitamin supplements may be beneficial.

But when it comes to plugging nutritional gaps in our diet, some researchers say a multivitamin is a good bet. Jeffrey Blumberg, a senior nutrition scientist at Tufts University, is among them.

"I'm not saying it's an excuse not to eat healthy," Blumberg told us. But given how many people aren't eating well, "it's a very prudent thing for many people to choose to take a multivitamin" he says.