Accessibility links
Shake Shack Sizzles With IPO As McDonald's Fizzles : The Salt Shares of the burger chain shot up Friday, its first trading day. Shake Shack and other fast-casual joints are taking a bite out of McDonald's, which can't recast itself to fit the current trend. 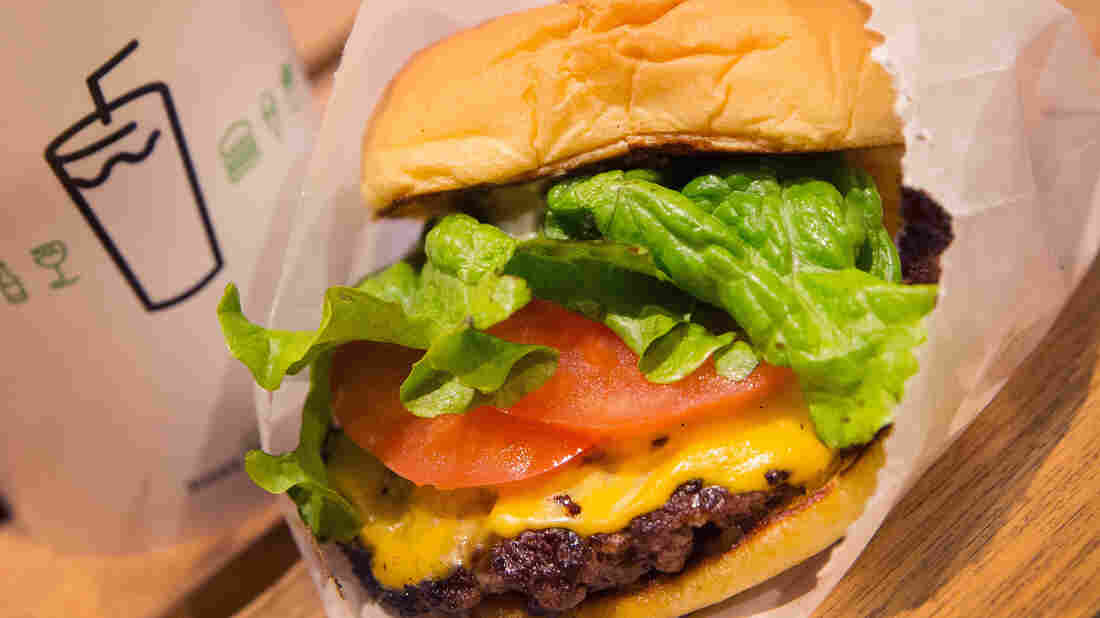 Shake Shack made its stock market debut Friday, and shares quickly soared to nearly $50. The chain hopes to become the Chipotle of burger joints, but it faces much competition in the fast-casual market. Scott Olson/Getty Images hide caption 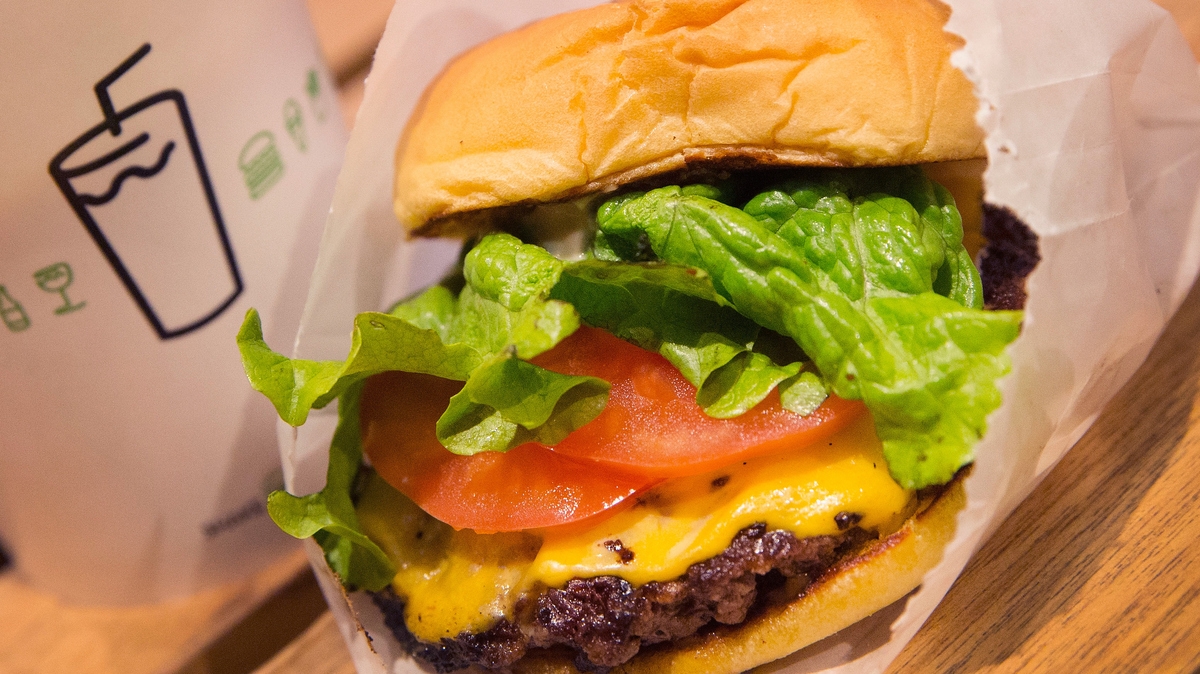 Shake Shack made its stock market debut Friday, and shares quickly soared to nearly $50. The chain hopes to become the Chipotle of burger joints, but it faces much competition in the fast-casual market.

Shake Shack, the Manhattan-based burger chain, has a cult following, and investors gobbled up shares Friday when it became a publicly traded company.

In its initial public offering, shares were priced at $21, but they jumped to nearly $50 as trading began, and closed the day just under $46.

Aaron Allen, a consultant, says a revolution is taking place in the restaurant business. People want their food fast, but they don't want fast food. They want to see their food made to order and put together right in front of them.

"If you take Red Lobster and Olive Garden, TGI Fridays, IHOP, Applebee's, Chili's, add them all together and their valuation is less than just Chipotle," Allen says. 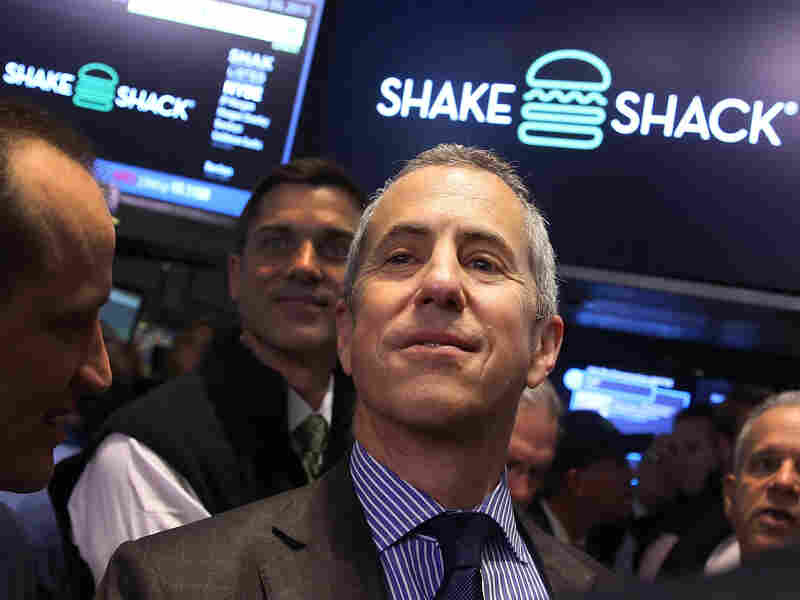 The founder and chairman of Shake Shack, Danny Meyer, visits the floor of the New York Stock Exchange.

Shake Shack hopes to be the Chipotle of burgers, Allen says. But the company already faces much competition from chains such as Five Guys, In-N-Out and Habit Burger. He adds that the so-called fast-casual movement has been very profitable, and it's expected to more than triple its sales within the next decade.

"This sector is actually cannibalizing parts of the industry," Allen says.

It's certainly taking a bite out of McDonald's, which this week announced its CEO would step down amid global sales problems.

Allen says fast casual has a leg up on traditional fast food. The assembly line format requires both less space and fewer employees, which are a restaurant's main expenses. And he says Shake Shack, Chipotle and others focus on fewer menu items with better, more healthful ingredients.

McDonald's cannot recast itself to fit the current trend, he says.

"Part of the reason that there hasn't been more innovation there is because the supply chain is built around heavily processed frozen food product, and so to change the product offering, you'd have to re-engineer everything from the supply chain to the kitchen layouts to the training systems and more," Allen explains.

But what's exactly behind the appetite for Shake Shack? The menu options are fairly limited: five options for burgers, four hot dogs and seven flavors of shakes. On a recent day at the burger chain's downtown Washington, D.C., location, tables were still packed at 3 p.m., which is pretty late for lunch.

Shake Shack customer Jason Cheever is the restaurant industry's prize consumer. He dines out eight to 10 times a week. "More healthy fast casual, not necessarily fast food," he says. "I have a Sweetgreen right next to my house, I go there," says Cheever, referencing the fast-casual salad chain. "I'll go to [Mediterranean fast-casual chain] Roti ... faster food places that have quality ingredients."

Cheever, who is 29, says most of his peers feel the same way.

"They'd rather pay a few dollars more to go to somewhere that has better food and is healthier for you, and they know that the people that are making it are preparing it in a sanitary environment," he says.

Public investors will pressure Shake Shack to grow quickly from its current base of 63 stores, says Dean Small of Synergy Restaurant Consultants.

"Growing strategically, finding the right locations, the right sites, will be one of the biggest challenges," he says.

Especially with so many other restaurants with similar models nipping at their heels.