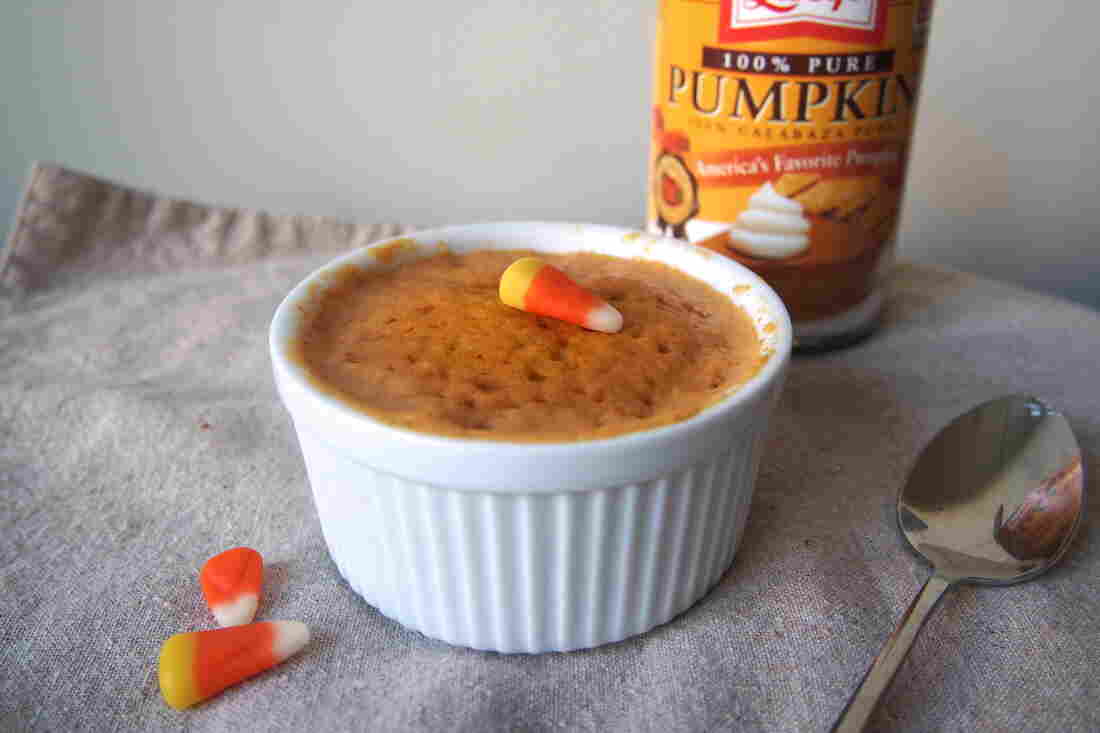 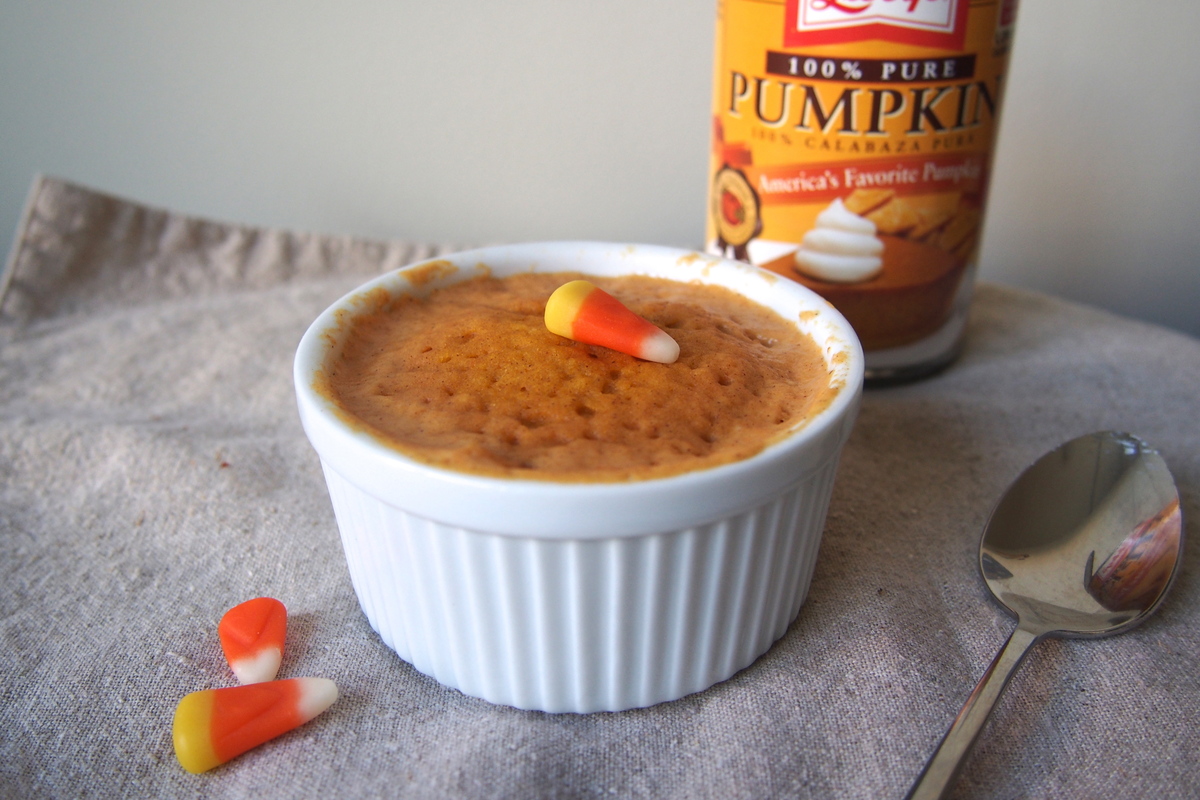 No oven necessary: Hu makes her pumpkin cake in the microwave.

Emily Hu is a veritable master chef of the dorm room.

No oven? No problem. The college student is skilled at navigating the cooking limitations of campus living — she can whip up cakes with just four ingredients and a microwave, and make muffins in a toaster oven.

Her blog, called NotYourAverageCollegeFood.com, is full of recipes geared toward time-crunched students with limited resources and tiny kitchens. And earlier last month, she even taught a few Dorm Cooking 101 classes for the benefit of her fellow students at Johns Hopkins University, where Hu is a junior.

But Hu, who studies public health at Hopkins, wasn't always such an expert. 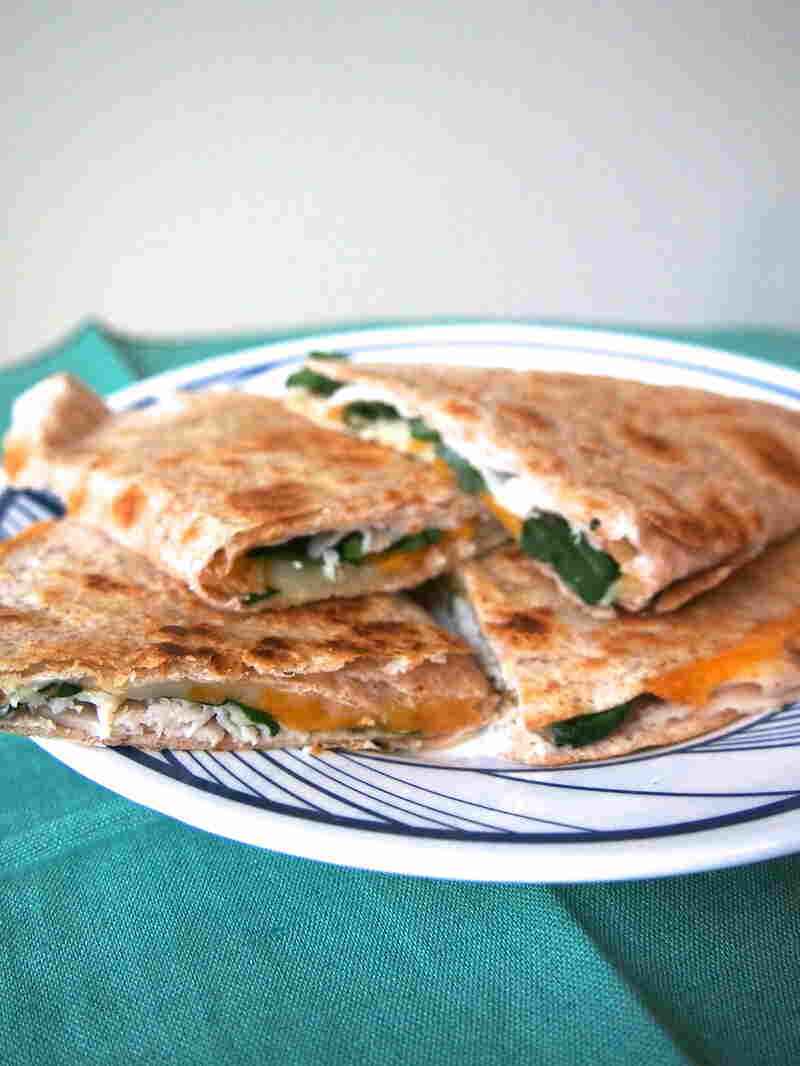 Emily Hu whipped up these chicken and spinach quesadillas after moving into a dorm suite that had an actual — albeit tiny — kitchen. Courtesy of Emily Hu hide caption 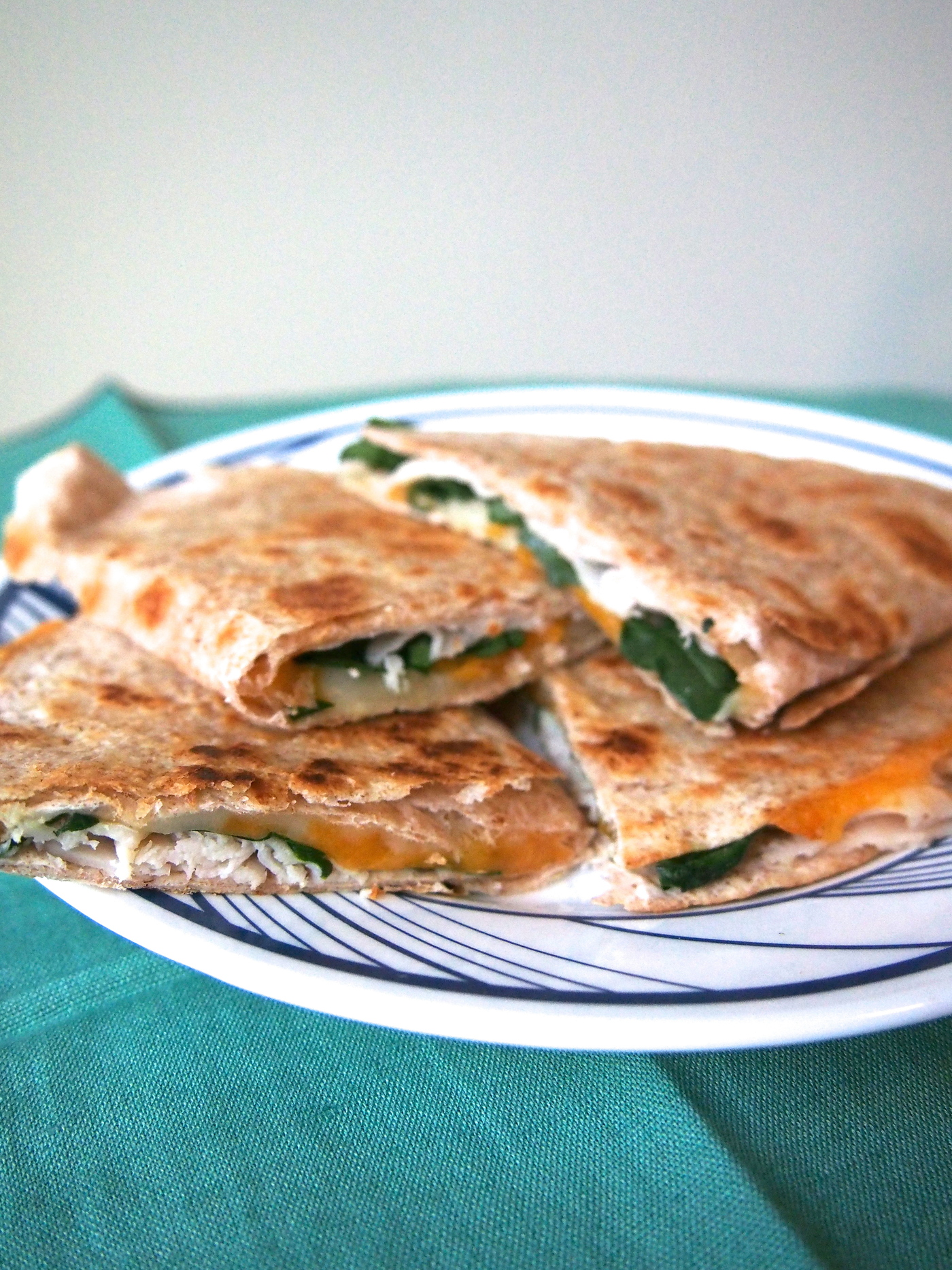 Emily Hu whipped up these chicken and spinach quesadillas after moving into a dorm suite that had an actual — albeit tiny — kitchen.

By the end of her first year of college, Hu says, she was sick of eating at the dining hall. (Apparently, there is such a thing as too much pizza and Lucky Charms.)

"I really wanted to cook for myself, and I knew that my sophomore year, we'd be living in a dorm that had a kitchen," Hu tells The Salt. "But I had never really cooked before."

And she realized her predicament was pretty common among her peers. "I think colleges should definitely offer cooking 101 classes," she says. "Although cooking may not be seen as academic, it is still a skill many people want to learn and is useful for all of life."

So Hu took matters into her own hands. She spent her summer attending cooking classes and perusing food blogs. And once she mastered the basics, she began creating her own recipes, inventing healthier and simpler versions of the dishes she saw online.

"I'm really interested in the nutrition side of public health," she says. " And usually cooking at home is a lot healthier, because you know exactly what you're putting into a dish."

Hu says she hopes her blog will inspire other students to cook and eat healthier meals.

"Sometimes when I post recipes online, I'll also mention the health benefits of certain ingredients," she says. And she often looks for ways to make indulgent dishes a bit healthier.

For instance, Hu often substitutes avocados for butter — as in her avocado fudge brownies and her avocado truffles. And Greek yogurt plays a strong supporting role in her whole-wheat chocolate chip cookies and blueberry pancakes.

Coffee Maker Cooking: Brew Up Your Next Dinner

Above all, her recipes are easy — and full of handy hacks.

"You can make basically anything you can imagine using just the microwave and toaster oven," she says. Her blog features recipes for microwavable goods like Nutella chocolate cake. And Hu has relied on her trusty toaster oven to make everything from gourmet pizza to single-serving apple crumble. (The first time she made that dessert, she baked it inside of a cored apple, since she didn't have individual ramekins on hand.) 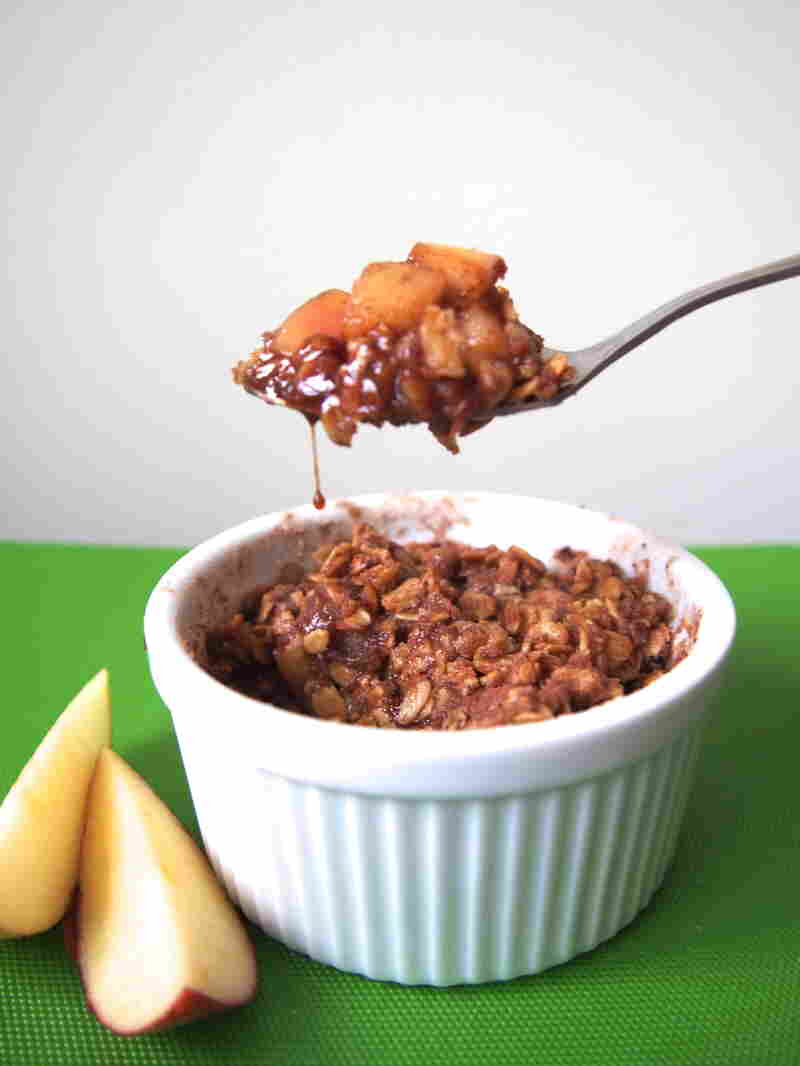 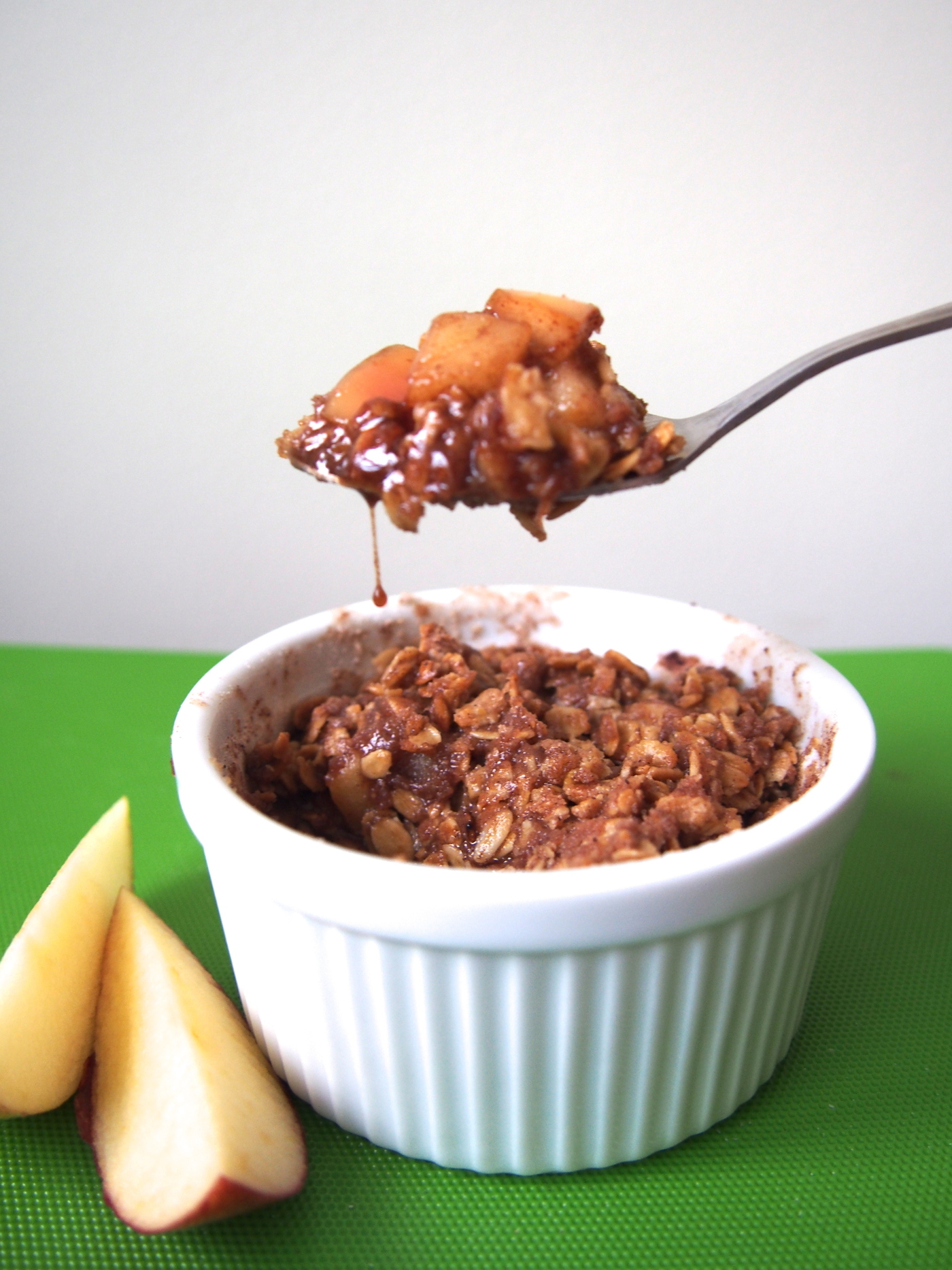 Earlier last month, Hu taught a couple of not-for-credit Dorm Cooking 101 courses during the three-week break between semesters. She drew in a total of about 15 students this time, but Hu says lots of students have emailed her since, asking her to teach more classes.

"I think more and more people are interested in learning how to cook," she says.

A few other universities are starting to take heed. Oregon State University offers one-off Healthy Cooking 101 classes each term, and at the University of Minnesota, a student group offers one-on-one classes for students in need of culinary guidance.

This year, Stanford University teamed up with celebrity chef Jamie Oliver to create a cooking program to teach students the basics of healthy cooking and eating. (Stay tuned: We'll report on that program later this week. UPDATE 2/4/15: Here's that report.)

Hu's biggest tip for students is to try to carve out as much time as possible to grocery shop and cook. Buddying up with friends or roommates can help, she says.

"But I know it can be really difficult," she says. "I think for a lot of students, it's either take a nap or put some extra time into making dinner."