Accessibility links
Surströmming Revisited: Eating Sweden's Famously Stinky Fish : The Salt Sweden has the distinction of producing surströmming, one of the foulest-smelling foods in the world. More than a decade ago, NPR's Ari Shapiro tried eating it and failed. It's time for a rematch.

Last time I tried the famously pungent fermented Swedish herring called surströmming, it didn't go well. Thanks to chef @malinsoderstrommat for teaching me how to learn to love it!

More than a decade ago, NPR's Ari Shapiro attempted to eat a fermented Swedish herring called surströmming, one of the most pungent foods in the world. It did not go well. Twelve years later, on a reporting trip to Sweden, Ari decided it was time to face his fears and try the fish again.

The first thing I had to remember was: I am not alone. Other brave souls have tried to eat surströmming and failed.

When Matthew Barzun was the U.S. ambassador to Sweden a few years ago, he fed this fermented fish to his children and posted the video on YouTube. How's that for cultural diplomacy?

"I shouldn't try it ever, ever again," says one of the children in the video.

I knew that if I hoped to do any better, I would need professional help.

"We love surströmming, and if you'd like to try it, we'd be happy to help you," says Malin Söderström, a renowned chef and cookbook author in Stockholm.

She opened her doors on this night just so we can try the pungent delicacy.

She had three different kinds available. One can had her face on the side: It's called Malin's Mix, a mix of surströmming fillets and whole fish with roe. 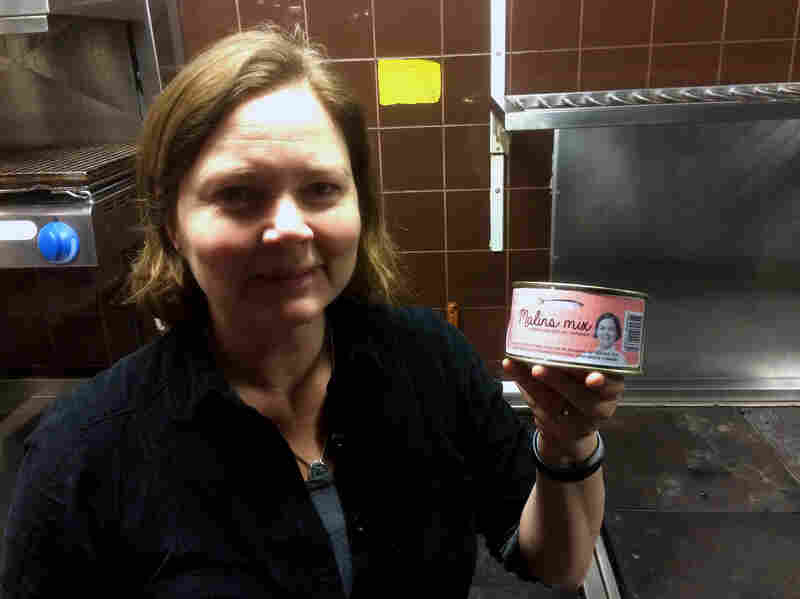 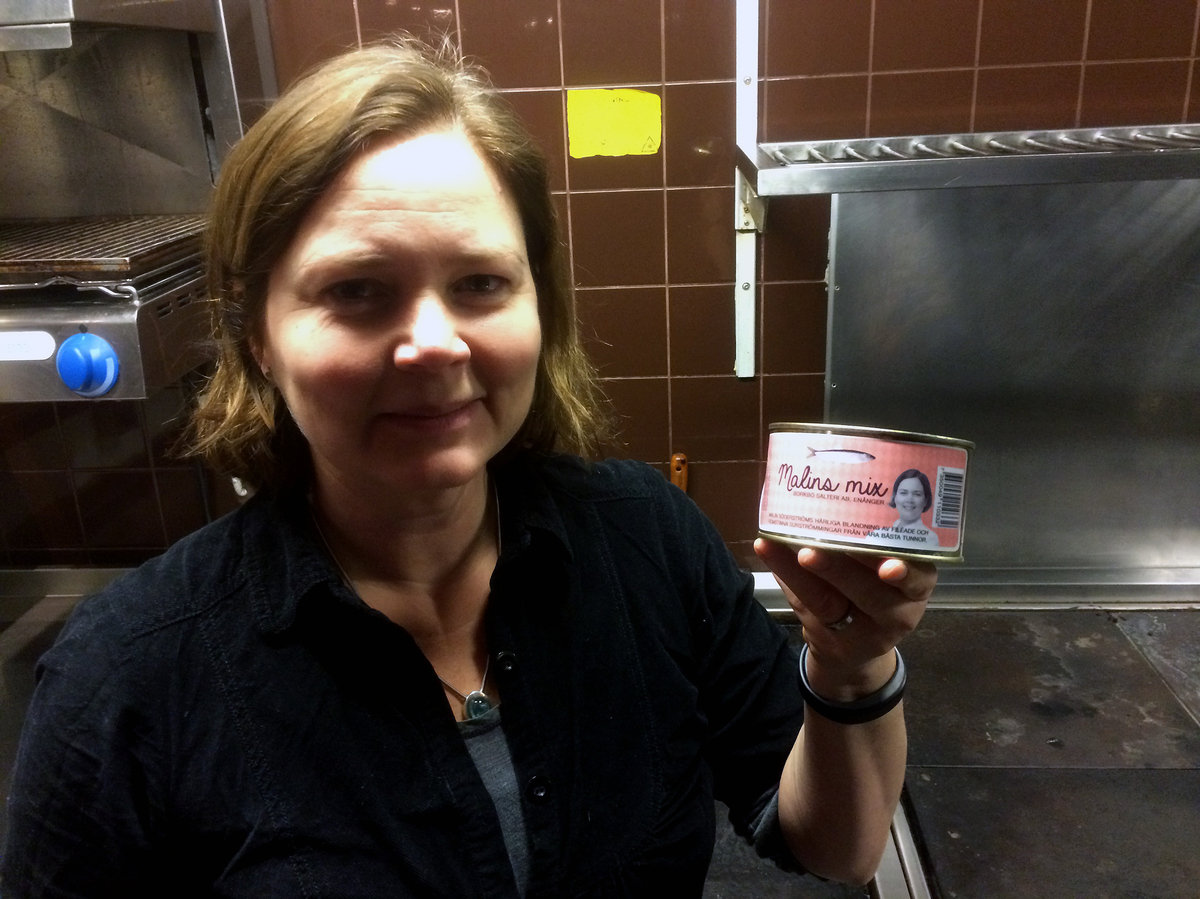 Swedish chef Malin Söderström has her own brand of surströmming called Malin's Mix.

The cans bulge under the pressure of the fermented herring inside.

When she opens it, an aggressive smell jumps out of the can with a hiss. It's like Roquefort cheese, vinegar and seafood all in one.

Söderström explains that my mistake when I tried this a decade ago was sticking a fork in the can and biting into a fish like it was sashimi. That is not how surströmming should be eaten.

She suggests chopping it up as an open-faced sandwich on crunchy flatbread with butter, sliced potatoes and chopped red onions.

"You can use, like, sour cream, dill, and also some chopped chives could be nice to have," she says.

The surströmming becomes a funky, salty baseline of flavor, layered with tastes that are creamy, crunchy, sharp and herbal. 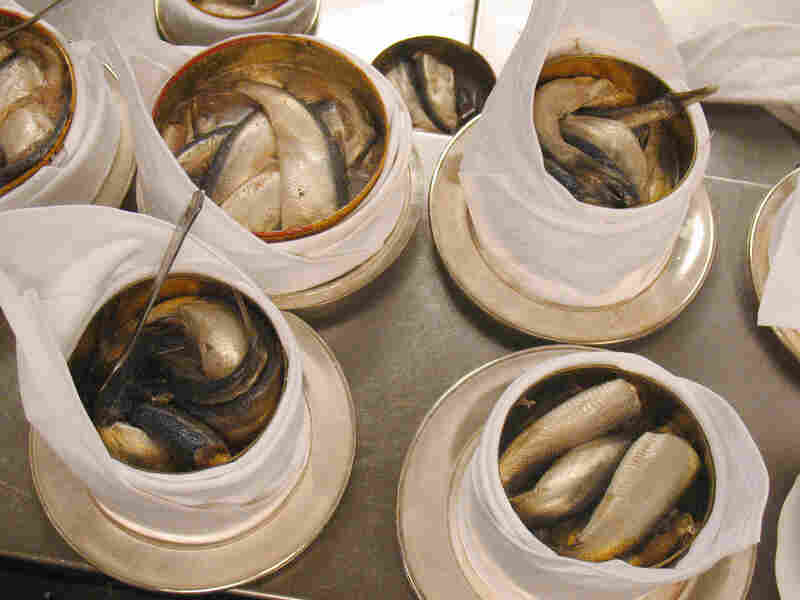 Surströmming, a fermented herring considered to be a famous delicacy in Sweden, is also known as one of the most pungent foods in the world. Pauline Conradsson/AFP/Getty Images hide caption 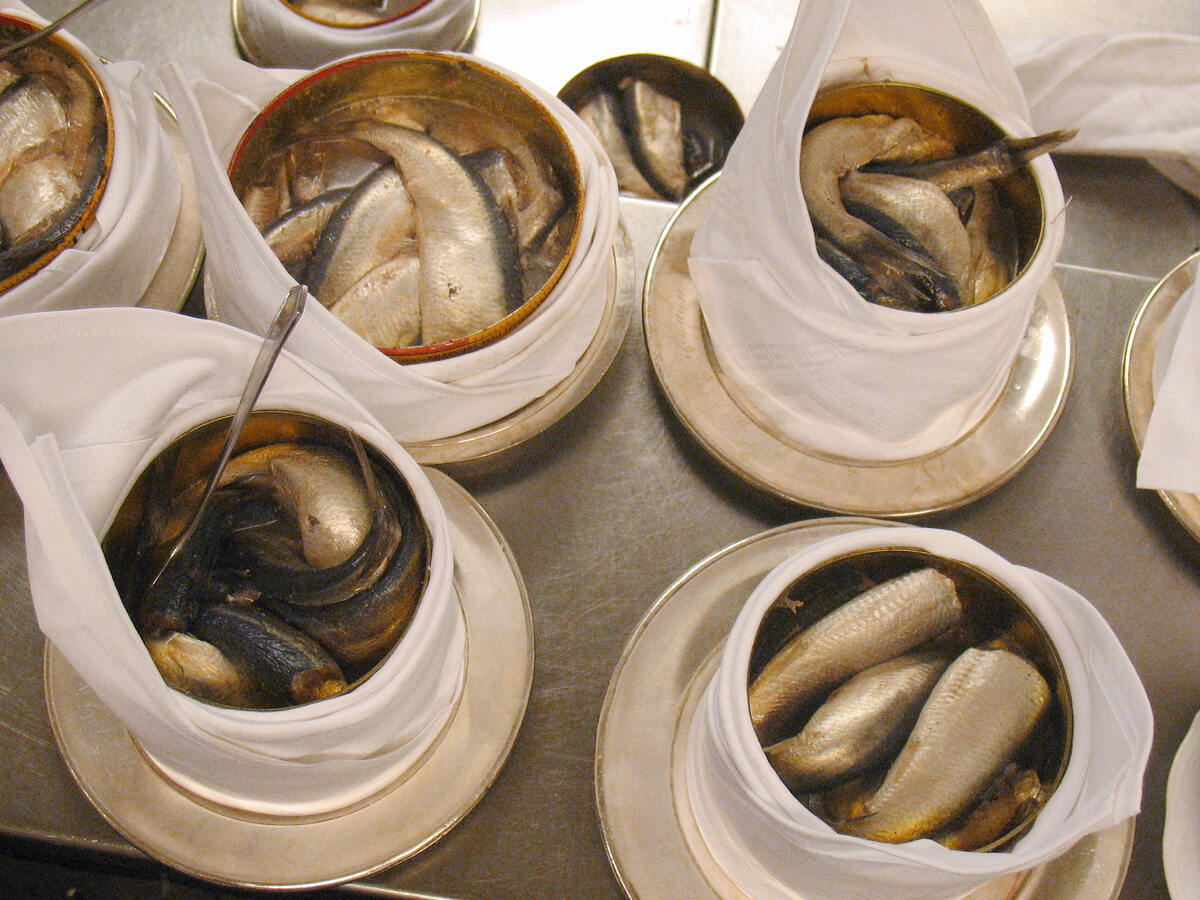 Surströmming, a fermented herring considered to be a famous delicacy in Sweden, is also known as one of the most pungent foods in the world.

Herring has been a key part of Swedish culture for centuries. Long ago, Swedish workers were even paid in herring. And fermented surströmming allowed people to preserve their catch long after the fishing season was over.

Finally our sandwiches are assembled, and it's time to eat.

I ate the whole thing. And then ... I had another.

When we were finished Malin Söderström even gave me a can of surströmming to take home with me.

It sits unopened on my counter — bulging.