Accessibility links
How Fish Could Change What It Means For Food To Be Organic : The Salt The USDA is considering a set of rules for certifying farmed fish as organic. But some consumer groups say the recommendations don't go far enough to meet the strict standards of other organic foods. 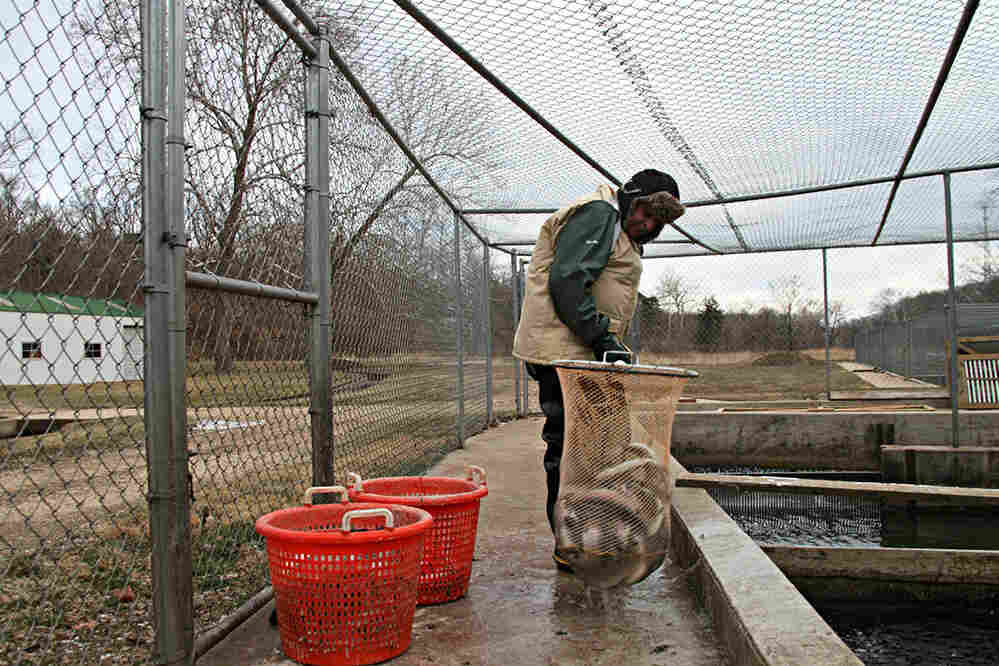 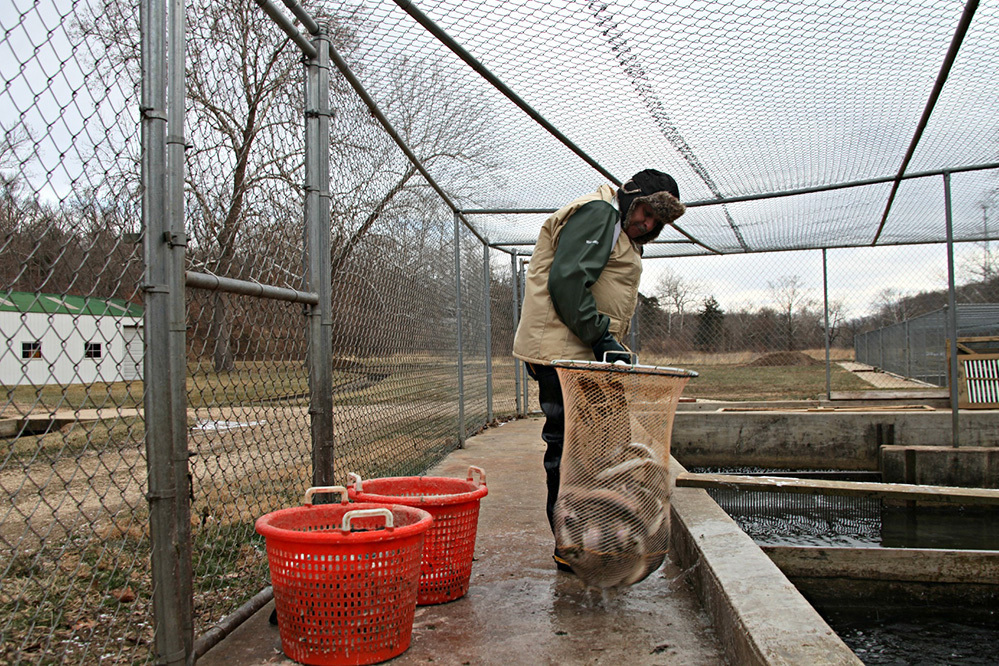 When it comes to organic certification, food producers must follow strict guidelines.

For an organic steak, for instance, the cow it came from has to be raised on organic feed, and the feed mix can't be produced with pesticides, chemical fertilizers or genetic engineering.

Now, the U.S. Department of Agriculture is considering a set of rules for organic farmed fish. Several consumer groups, though, say the recommended rules don't go far enough to meet the strict standards of other organic foods.

The feed that the fish eat is at the center of the debate.

On one side of the issue: the National Organic Standards Board, a federal advisory board whose members are appointed by the secretary of agriculture. NOSB recommended guidelines for how fish can be grown organically in pens in the ocean and how much wild-caught fish can be ground up as fish meal to feed the fish.

"What the National Organic Standards Board recommended was that there would be some allowance for nonorganic fish feed that would be phased out after a 12-year period of time," says Miles McEvoy, the deputy administrator of the USDA's National Organic Program. 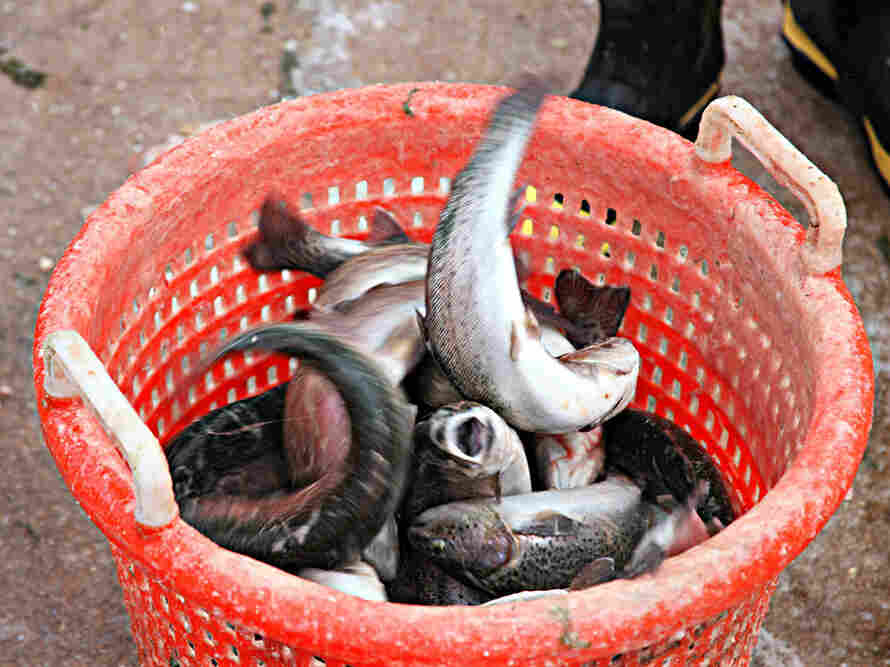 Farmed fish, like these rainbow trout, are at the center of a debate within the organic industry. Kristofor Husted/Harvest Public Media hide caption 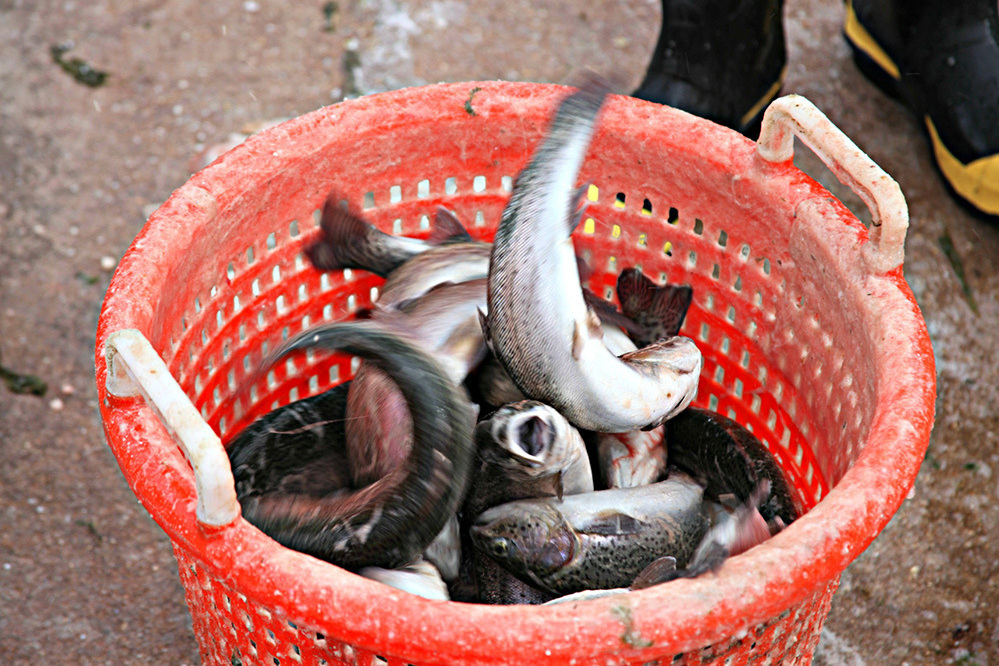 Farmed fish, like these rainbow trout, are at the center of a debate within the organic industry.

Many organic stakeholders, however, say an organic diet is important for organic livestock and fish.

Can A Fish Farm Be Organic? That's Up For Debate

"It's not 100 percent organic — and organic requires all animals to have an organic diet," she says.

Bunin is also concerned about raising farmed fish in pens in the open ocean, as farmers can't control the toxins the fish are exposed to. Ocean-based fish farms could also be a source of pollution. Diseases can pass between populations of wild and farmed fish.

"The particles from these facilities eventually settle on the ocean floor and can dramatically alter the oxygen [available] and reduce the population of bottom-dwelling animals," Bunin says.

Consumer groups like Food and Water Watch and Consumers Union have also opposed the recommended standards for organically farmed fish.

The labeling question has big monetary implications: The organic food market is exploding — it's currently worth about $35 billion a year — and many fish farmers and retailers want in.

But some in the organic industry worry that certifying farmed fish as organic would mark a watering down of organic standards.

With so many labels on food products at the grocery store, some worry that an organic label might lose its power.

Fish farmers and scientists are working to create more sustainable aquaculture. Some farms are using closed loop systems that recycle water. And researchers are experimenting with fish feed made from ingredients like soybeans and animal byproducts, which could possibly make up certified organic feed.

The organic debate is an important one for fish farmers like Merritt Van Landuyt. She and her husband, Dennis, run Troutdale Farm, which sits at the end of a dirt road near the edge of Missouri's Lake of the Ozarks. An upwelling spring feeds about a dozen cement raceways filled with rainbow trout. Workers use nets to pull out basketfuls of fully grown fish. 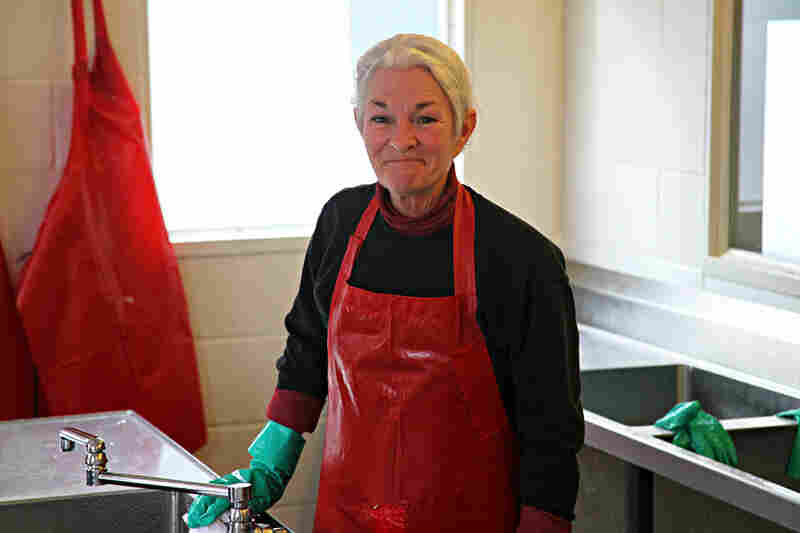 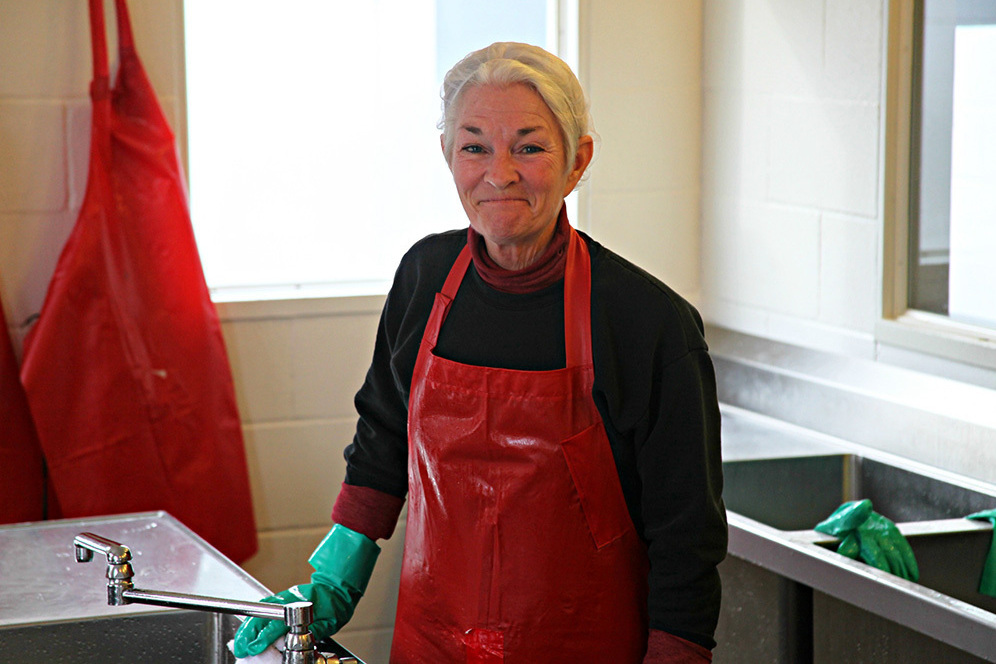 The Van Landuyts took over the farm in 2002 and revamped it with a new water system. They also decided against the use of any chemical additives, growth hormones or antibiotics. It's a minimalist approach that Merritt Van Landuyt says she's proud of.

"We just decided to build a system that seemed like it could actually be more sustainable into the future," she says.

The Troutdale fish aren't technically organic, but Van Landuyt says she'll consider seeking that certification if regulations are passed. Ultimately, she says, it will depend on what her customers want — and on what the added cost will be to her farm.

"It's really fun to go out and play with the fish," she says. "And it's really nice to see those little eggs grow. But darn it, you're still a business."

The USDA plans to publish its organic standard proposal for farmed fish by summer. That will open a public comment period of at least 60 days.

Kristofor Husted is a reporter with member station KBIA in Columbia, Mo. This story comes to us via Harvest Public Media.