Accessibility links
Scientists Want To Trick The Gut Into Burning Fat Without Food : The Salt Researchers say they've discovered a way to jump-start fat-burning by switching on the digestion process without the presence of food. So far, it has only been tested in mice. 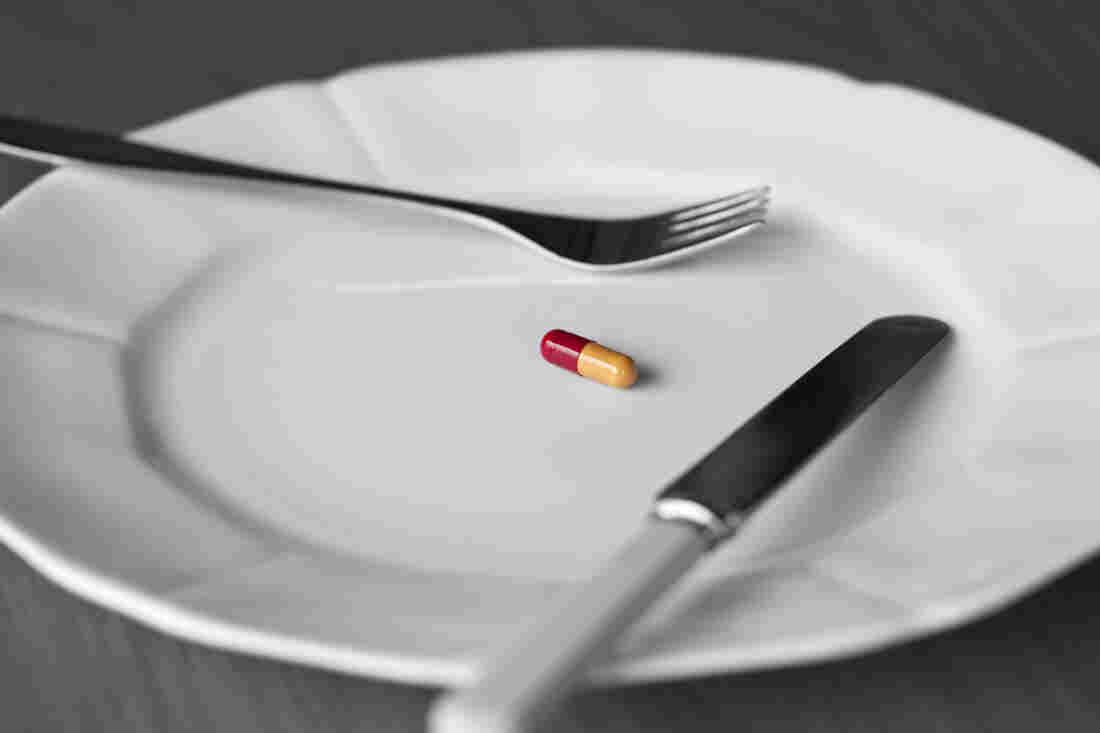 Scientists say a drug that's been effective in mice acts like an "imaginary meal" in the body. iStockphoto hide caption 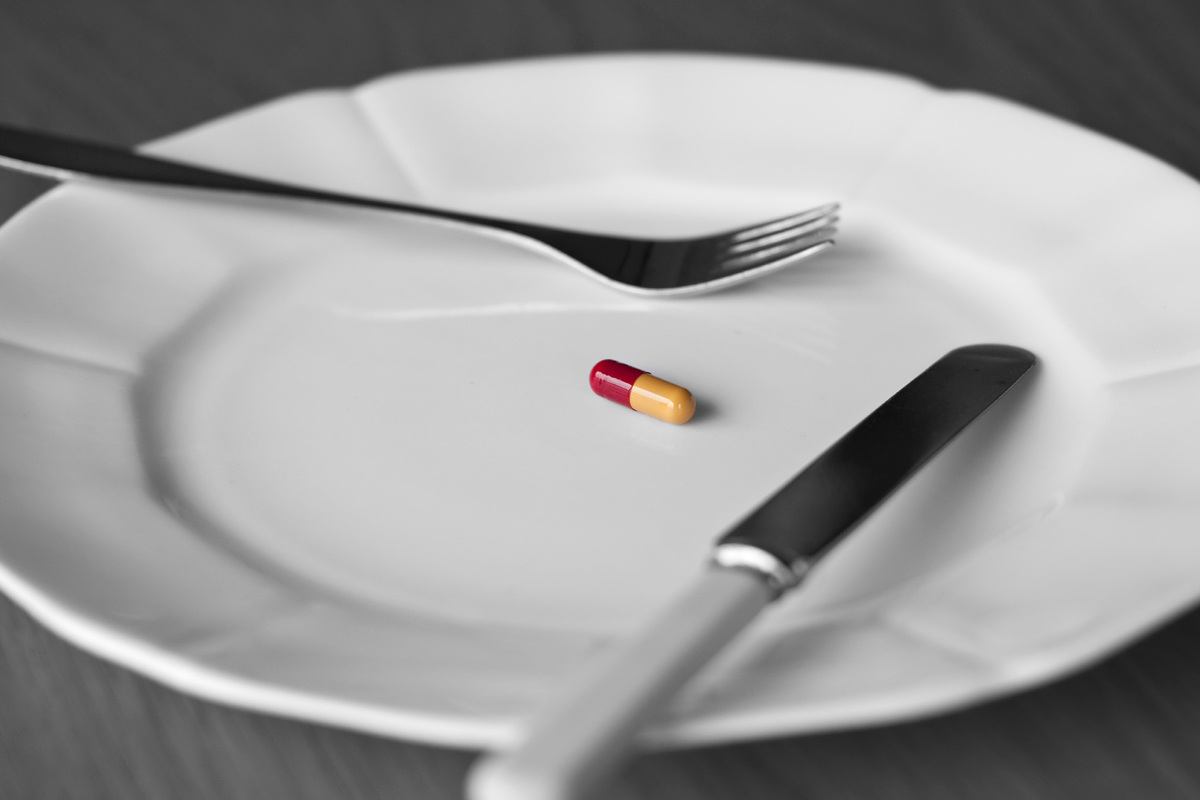 Scientists say a drug that's been effective in mice acts like an "imaginary meal" in the body.

Forget the so-called "miracle" diet pills that claim to rev up metabolism.

Slowly but surely, we're entering a new era of clinically tested drugs to combat obesity; most of the newest ones try to do that by suppressing appetite. And while no one's giving up on old-fashioned diet and exercise to help people lose weight, more scientists are convinced that drugs will become a good option for some of the one-third of American adults who are obese and at risk of obesity-related diseases like diabetes and hypertension. (Insurers don't yet seem to agree.)

When we heard about a new pill researchers say could act like an "imaginary meal," tricking the digestive system into burning fat even without any food, we were intrigued. Big caveat, though, before we dive into the details: So far, this pill has only been tested in mice and is at least a year away from its first trial in humans.

Leading the research into this compound, called fexaramine, is Ronald Evans, director of the Gene Expression Laboratory at the Salk Institute for Biological Studies in California. He and a team of other researchers published a paper in Nature Medicine in January showing that fexaramine reduced weight gain, inflammation and helped turn white fat (which stores calories) into brown fat (which burns calories) in overweight mice compared to a control group. Evans tells The Salt he has a lot of reasons to be optimistic it will work well in humans, too. (More on that later.)

Fexaramine is a compound that activates a receptor that's linked to the release of bile acids, or the digestive juices that help you absorb nutrients during a meal. They're produced in the liver, then go to the gallbladder before being released into the intestine — all as part of the beginning of the digestion process.

"We realized the release of bile acids ... flips [on] a series of genetic programs ... that control intestinal activity," says Evans. "The gut gets a signal that food is there, which mobilizes bloodflow to gather nutrients and prepares [fat] tissue to behave in a particular way."

Another way to think about it, says Evans, is that "when you start eating, a baton gets passed ... it's like a relay. Once you start the relay, the fat tissue needs to anticipate food before it's there." And so fat starts to get burned. 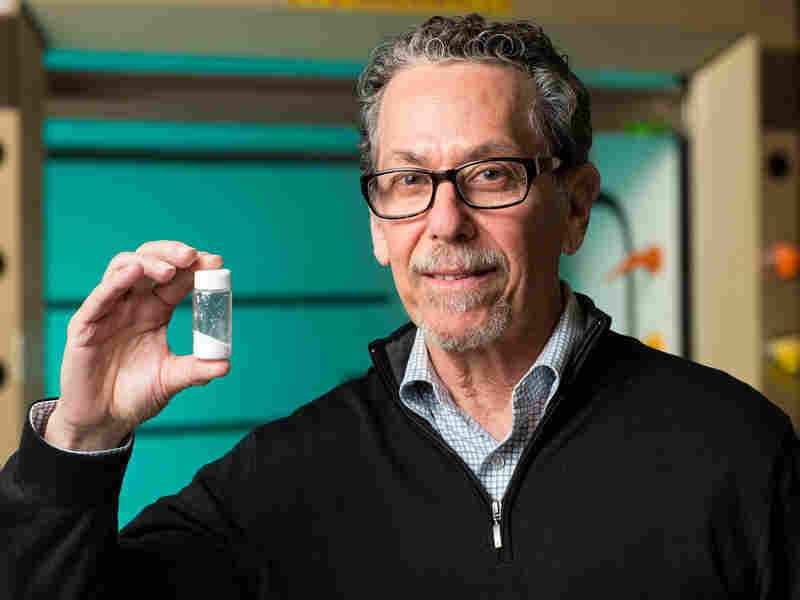 Ronald Evans, director of the Salk Institute's Gene Expression Laboratory, has developed a compound called fexaramine that acts like an imaginary meal. He hopes fexaramine, which tricks the body into burning fat as if it has consumed calories, will lead to an effective obesity and diabetes treatment in humans. Courtesy of the Salk Institute for Biological Studies hide caption

toggle caption
Courtesy of the Salk Institute for Biological Studies 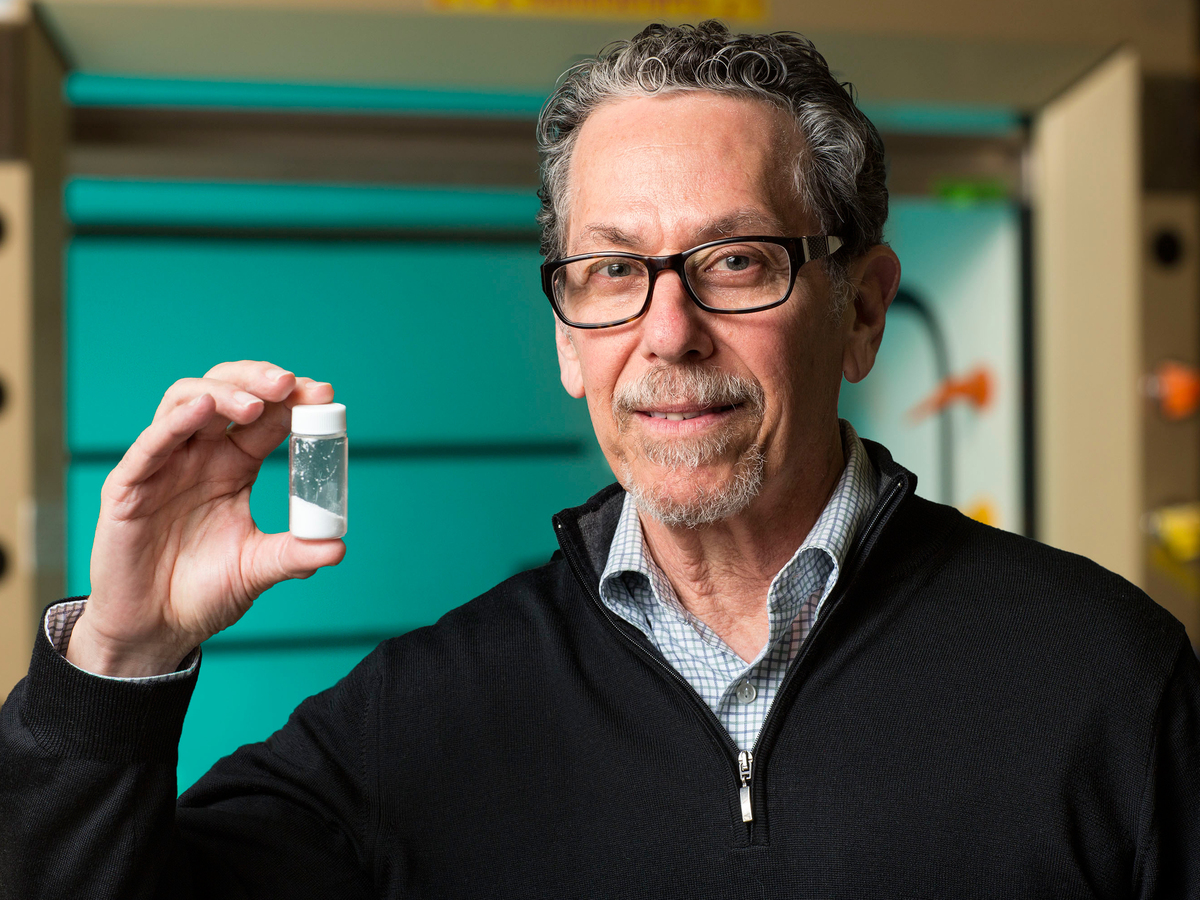 Ronald Evans, director of the Salk Institute's Gene Expression Laboratory, has developed a compound called fexaramine that acts like an imaginary meal. He hopes fexaramine, which tricks the body into burning fat as if it has consumed calories, will lead to an effective obesity and diabetes treatment in humans.

Courtesy of the Salk Institute for Biological Studies

Evans says he's not sure precisely why, but when he gave overweight mice the fexaramine pill targeting the intestine, it triggered a switch for brown fat activity that led to weight loss. And all this happened without any food — which normally kick-starts this process.

"One of the 'miracles' of this drug is that it doesn't require you to restrict calories," he says. "That's important, because if you want people to lose weight, it's not easy to control the appetite center in the brain, or get them to change their eating."

Another advantage, Evans adds, is that unlike the appetite suppressants or caffeine-based diet drugs on the market, fexaramine doesn't dissolve in the blood. It's active only in the intestines, which Evans says means fewer side effects. "We don't have to worry about its effect on the heart or the brain, because it doesn't go there," he says.

And why is he so confident this will work in humans? After all, only a few of the drugs that seem effective in mice ever become an effective drug for patients, because most end up causing complications that make them unfit for clinical use.

Evans says bile acids help all mammals digest and absorb food. And fexaramine, the bile acid sensor, is in place in all mammals as well. "We'll definitely get some kind of response" in humans, he says. "Whether it will be the same as rodents, we don't understand yet."

Fexaramine isn't the only new strategy for fooling the gut into going without food. As our pals over at Shots reported in January, the Food and Drug Administration has approved a new device designed to make people feel less hungry by stimulating a nerve that controls our sense of fullness.