Accessibility links
If Apple Made iMilk And Nike Sold Fruit: Designer Groceries As Art : The Salt A designer has reimagined a host of everyday edibles as high-end grocery items. It's a project that explores how branding influences our purchases — and where the ethical boundaries lie for designers.

If Apple Made iMilk And Nike Sold Fruit: Designer Groceries As Art

If Apple Made iMilk And Nike Sold Fruit: Designer Groceries As Art 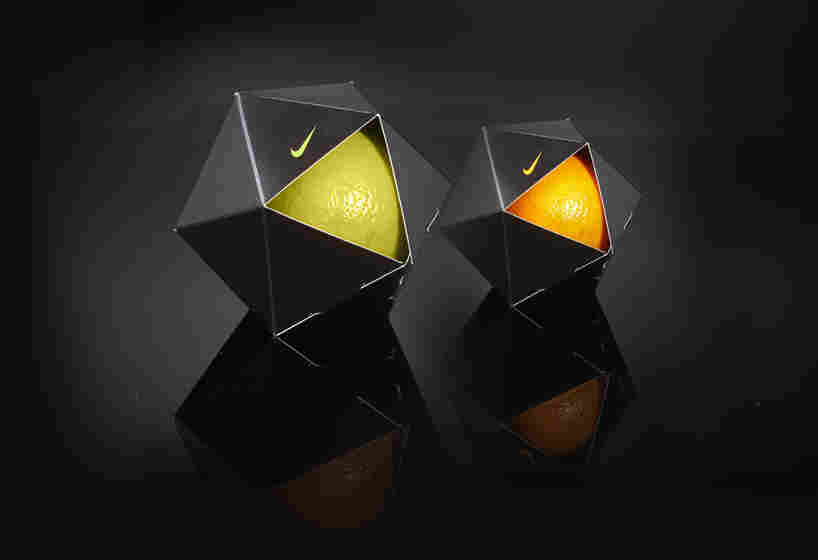 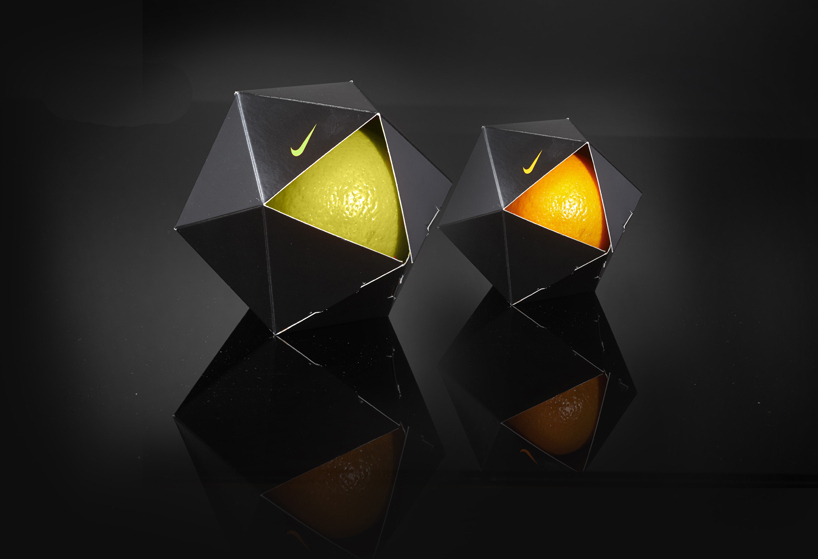 Fruit by Nike is a piece by designer Peddy Mergui in his exhibit "Wheat is Wheat is Wheat," next on display in May at Expo Milano 2015.

It's hard to look at these stylish packages of citrus fruit, bearing Nike's iconic swoosh, without having the athletic company's famous slogan "Just do it" immediately come to mind. And that's precisely the point, says Israel-based designer Peddy Mergui.

He says packaging tells a story, and can imbue consumer goods with value and prestige. And he created the Nike fruit as part of a project that reimagines everyday foods as designer groceries. The goal, he tells The Salt, is to explore how packaging manipulates our perceptions and desires. 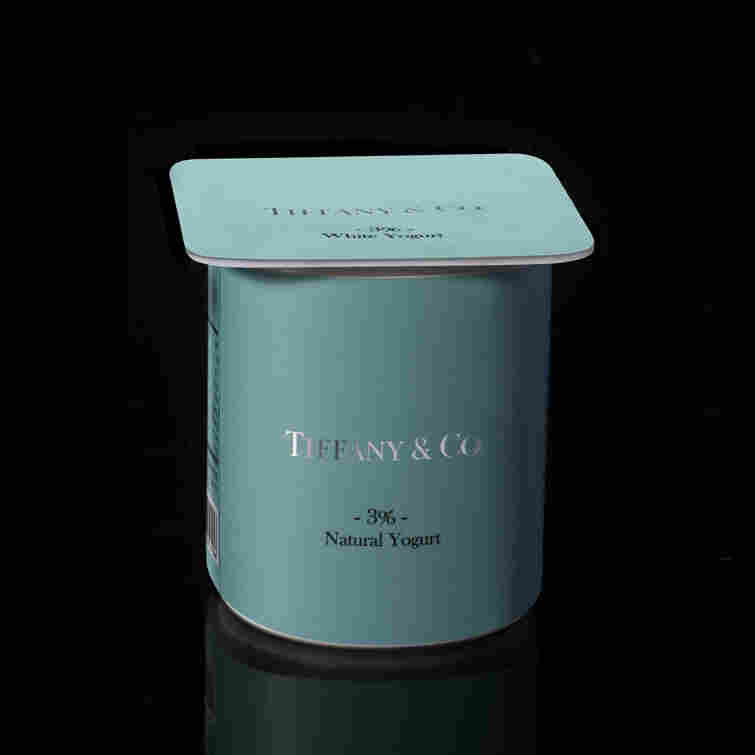 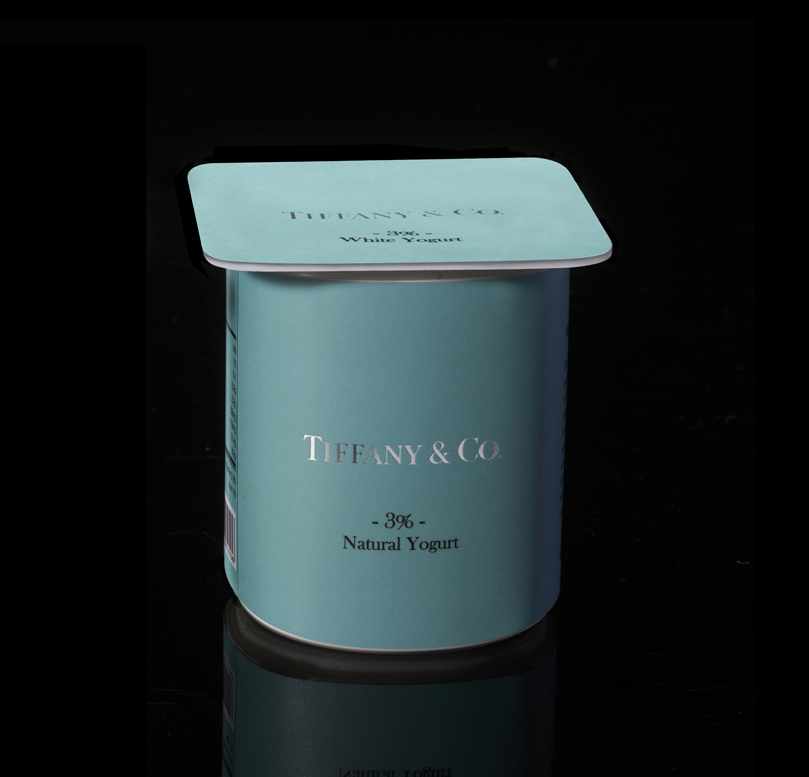 "In my line of work, I was always asking, 'What is the ethical boundary for designers' ability to influence consumption? Are we using our 'tools' wisely? This got me on a three-year journey to explore my field [and] examine the way we think as consumers," he tells us in an email.

The result, an exhibit called "Wheat Is Wheat Is Wheat," borrows the visual branding of luxury brands to disturbingly alluring effect.

Yogurt containers in Tiffany blue connote a spoonful of privilege. A breakfast of Coffee by Cartier, Eggs by Versace and Soft Butter by Bulgari feels like the ultimate in decadence.

And a carton of Mergui's iMilk By Apple is undoubtedly sleeker than anything we're used to seeing in the dairy aisle. It would probably look pretty good in my refrigerator.

Part of the seduction, says Mergui, is that like many high-end brands, Apple isn't just selling you products. "It represents a certain lifestyle, a community," he says. And that goes to the heart of what Mergui wanted his project to explore: How do the values associated with a brand affect how we feel about a ordinary food products done up in fancy packaging?

"Some will find [the resulting products] playful, ridiculous, exaggerated," he says. "Some may even feel they belong." 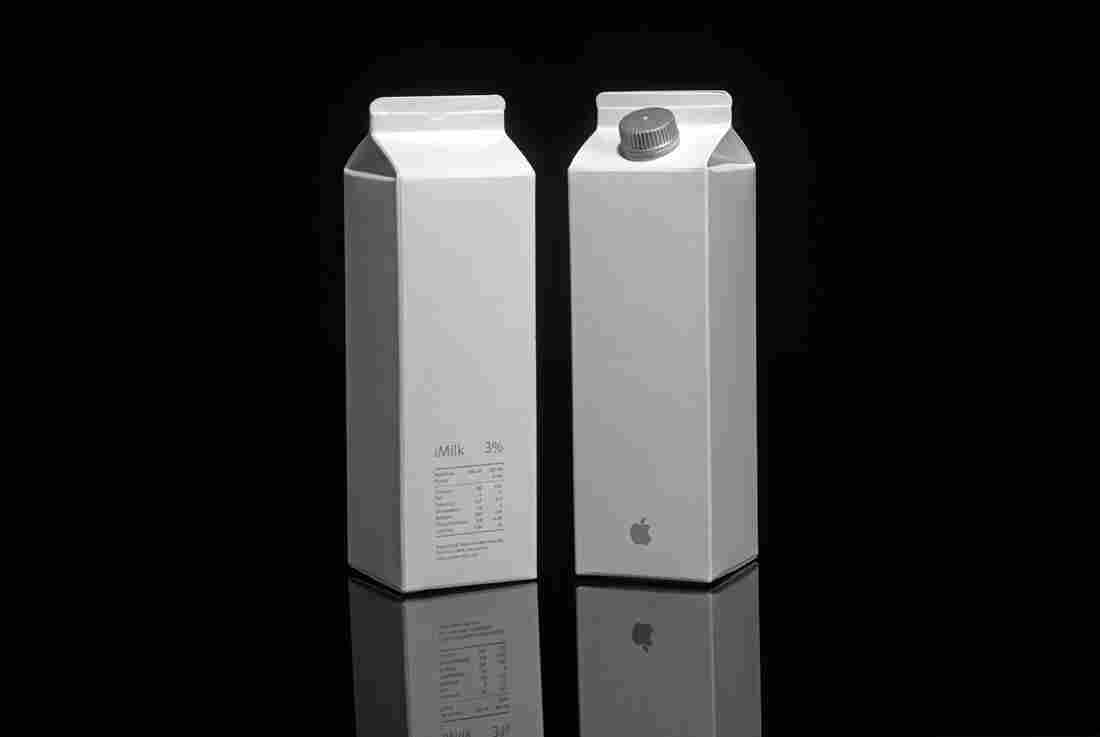 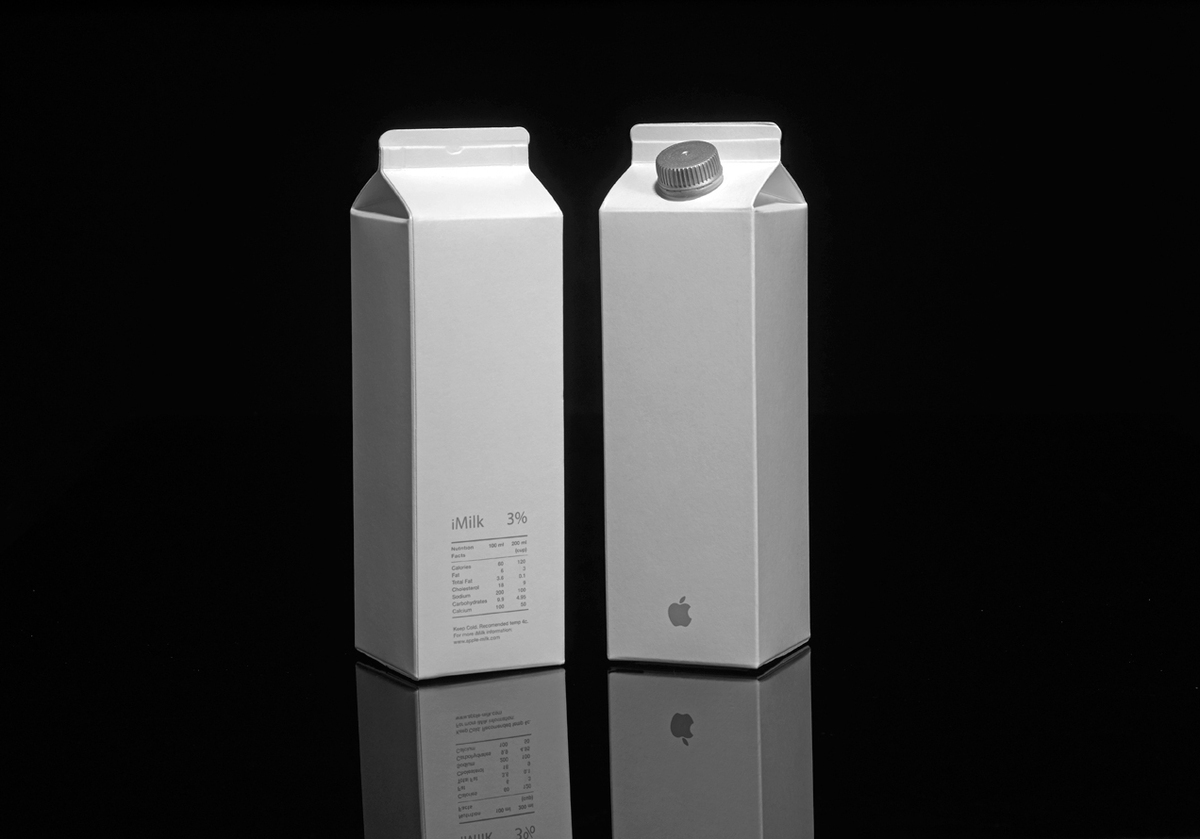 Indeed, there is a certain logic to having Nike – a company whose products are associated with healthy, active lifestyles — peddle fruit. It wouldn't actually be the first consumer goods purveyor to make the leap into foodstuffs. For example, the outdoor clothing and gear company Patagonia sells smoked salmon provisions – a move which Mergui says makes a lot of strategic sense: "They extended their outdoor brand to outdoor foods."

For now, the comestibles Mergui imagines remain in the realm of fantasy: Flour by Prada tickles the fancy in part because an essential food product with a luxury label — and presumably, with a luxury pricetag — seems so outlandish.

And yet, the uncomfortable truth of modern food shopping is that there is a booming market of luxury foods. And while they may not have designer labels, they are certainly steeped with a set of values. Why else would you pay $7 for a half-gallon glass bottle of local, grass-fed milk? Consumers aren't just paying for the taste, but the lifestyle and values it embodies.

"Wheat is Wheat is Wheat" was a hit when it went on display last April at San Francisco's Museum of Craft and Design, says the venue's executive director, JoAnn Edwards. The reaction from museum visitors "was unbelievable," she says — some left the exhibit asking why more daily goods weren't given a designer gloss. Excellent packaging, she says, is "becoming more and more something consumers respond to."

Mergui says he got a first-hand lesson on that while he was designing a container of "Chanel infant formula."

"A colleague of mine saw it in my office ... and asked where can she get it," he says. "She wanted to buy it for her baby. That made me realize the power [these] luxury values have."

Update 2/10/15: As a reader notes in an email to The Salt, other artists have also used the concept of designer foods to explore brand obsession and consumption. One of the best-known examples comes from the influential artist Tom Sachs. Back in 1997, Sachs' Hermes Value Meal gave a McDonald's meal a makeover in the spirit of the luxury fashion house — a jarring and cheeky juxtaposition of the high and low end of consumer culture. Last year, Tyler Shields' "Indulgence" series featured Prada Popcorn and Hermes-labeled milk and cola.

And several years ago, the folks at The Cool Hunter pitched a real-life version of designer fast food. The concept, called McFancy, envisioned a luxe, pop-up version of McDonald's — with menu items like Gucci french fries and Burberry burgers — to be served at Fashion Week in various cities.