Accessibility links
California's Strawberry Feud Ends, But Who Will Breed New Berries? : The Salt Strawberry farmers have dropped a lawsuit against the University of California, Davis, and the university has hired a new strawberry breeder. But the future of academic berry breeding is uncertain. 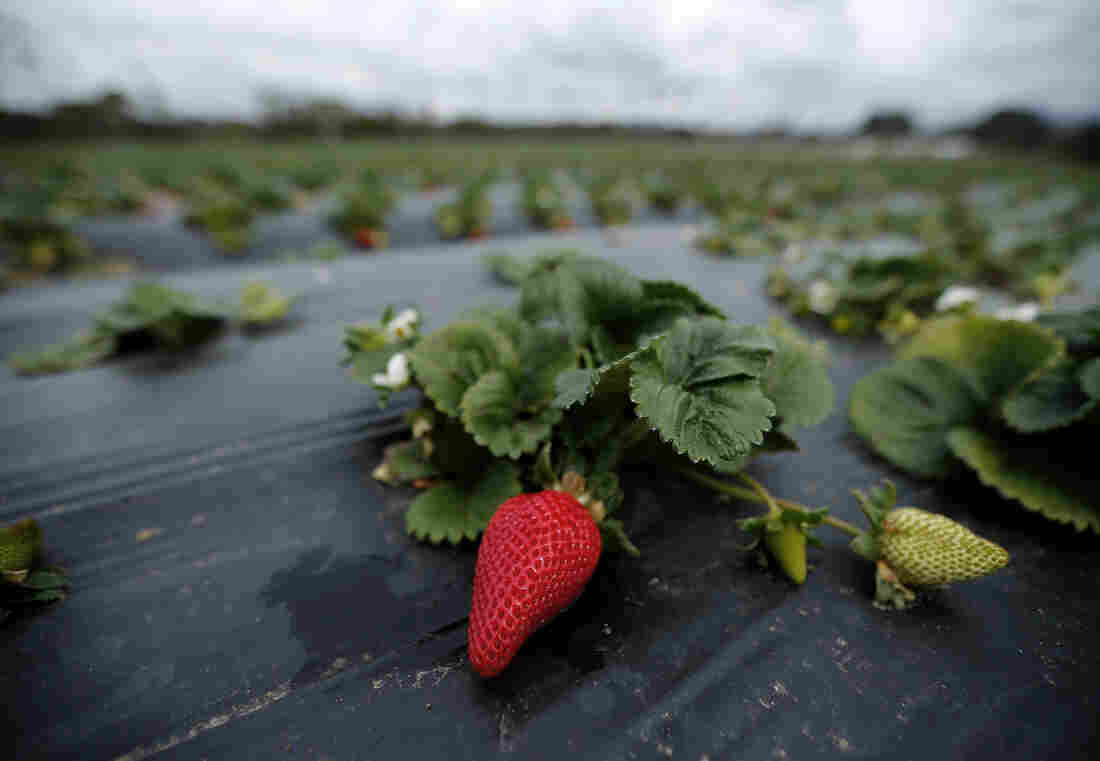 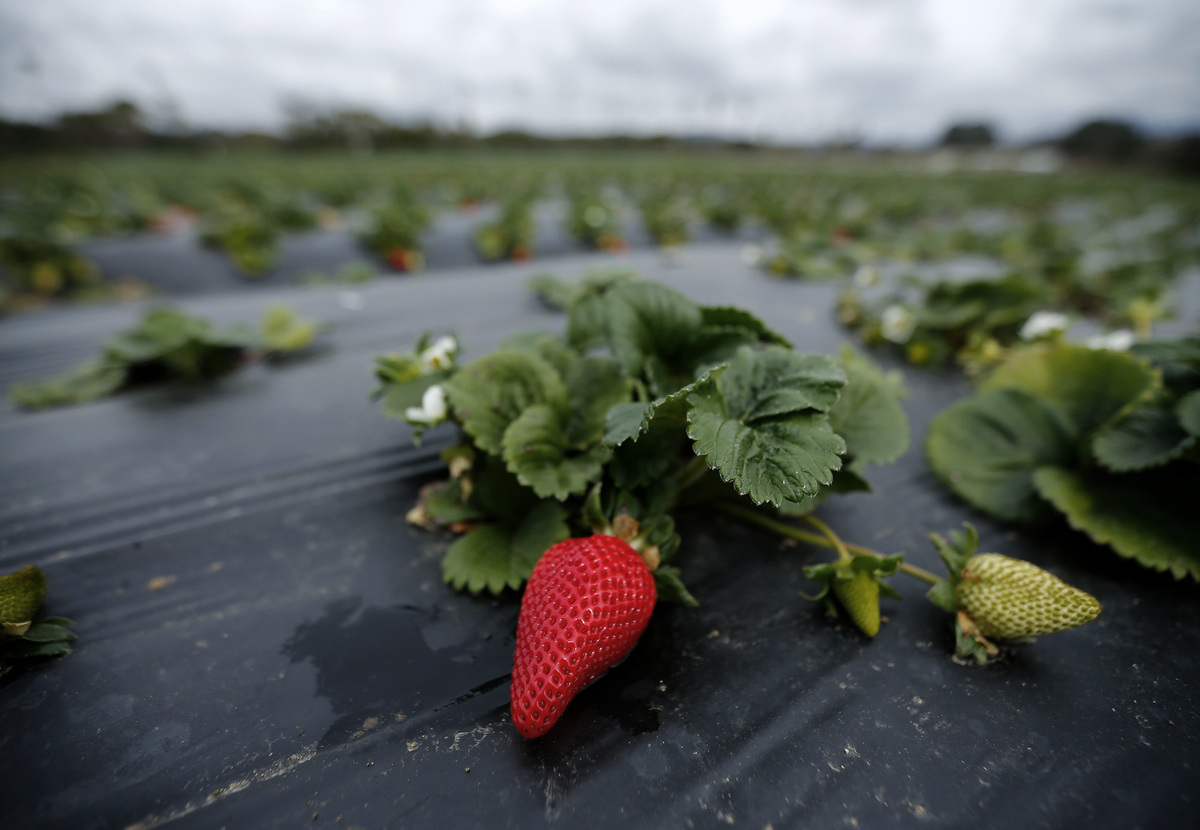 The future of strawberry breeding at the University of California has been secured. Perhaps.

As we reported last summer, more than half of the strawberries that you pick up in supermarkets got their start in greenhouses and test plots at the University of California, Davis. It's one of the biggest breeding programs in academia, and possibly the most lucrative, generating millions of dollars each year in royalties for the university.

For the past year, though, a feud worthy of a soap opera has been stewing there. The scientist who ran the breeding program jumped ship, accusing the university of not valuing his work or paying him enough.

He's now starting a private company that will compete with the university. The university allegedly considered shutting down its strawberry breeding, which in turn convinced an industry group, the California Strawberry Commission, to sue the university and accuse it of betraying a public trust. The university responded by suing the commission.

This week, it appears, all is forgiven. Both sides announced that the lawsuits are history. As part of this reconciliation, the university has hired a scientist who will "design a new strawberry breeding program for the 21st century," according to the university's statement.

The new boss is Steven Knapp, who spent 19 years teaching at Oregon State University, but most recently held the imposing title of global director for vegetable breeding technology at Monsanto, the giant biotech and seed company. In that position, Knapp managed more than 200 scientists in far corners of the world.

"I missed academia," Knapp tells The Salt. He'd just walked into his university office and had to do some investigating to find his new phone number. This particular academic job, he says, is "a dream come true."

But Knapp has not previously worked with strawberries. For a few years, at least, he'll have to rely on others as he learns this new crop. What he brings, instead, is management experience. Evidently, university administrators wanted someone with the political skills to smooth the conflicts that erupted last year.

Those conflicts involve the program's essential purpose. In recent decades, the UC Davis strawberry program has acted much like a private company. Its leaders focused on creating new varieties and guarding their intellectual property. The strawberry farmers who grow those varieties, in fact, want the university to continue doing exactly that.

Some university administrators, though, want it to behave more like an academic program, devoted to research that isn't guaranteed to pay off commercially. And paradoxically, the new hire from Monsanto is singing exactly the same tune. Knapp tells us he's "creating a true academic program" that will have more "transparency." The previous breeder, Douglas Shaw, was noted for his secrecy.

Knapp admits that this new strategy may eventually hurt the program's financial bottom line, which currently benefits from royalties that farmers pay for the right to grow the university's commercial varieties. But he says this may be an inevitable outcome. "The reality is, there's more competition," he says. "Will [the UC Davis program] remain the Juggernaut that it's been? The trends suggest probably not."

In fact, Shaw, Knapp's predecessor at UC Davis, is among the private competitors that are hoping to eat the university's royalty lunch. Shaw has not announced details of his new venture, but other strawberry breeders have been trading rumors about it.

According to those rumors, Shaw already has begun raising a new crop of strawberry seedlings — which perhaps will be the ancestors of strawberries that you will eat one day in the future.