Accessibility links
How Singapore Transformed Itself Into A Food Lover's Destination : The Salt More than 14 million tourists visited the island nation last year. Many came for the food. It's all part of the Singapore government's master plan to make culinary enticements a key lure for tourists. 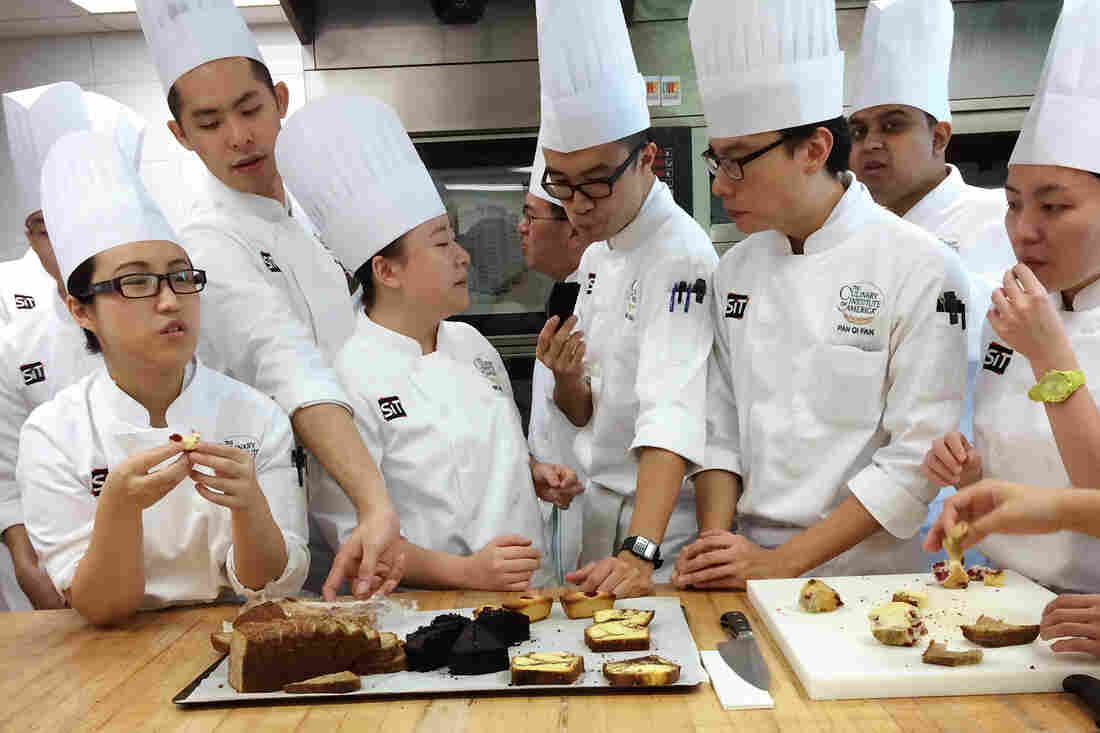 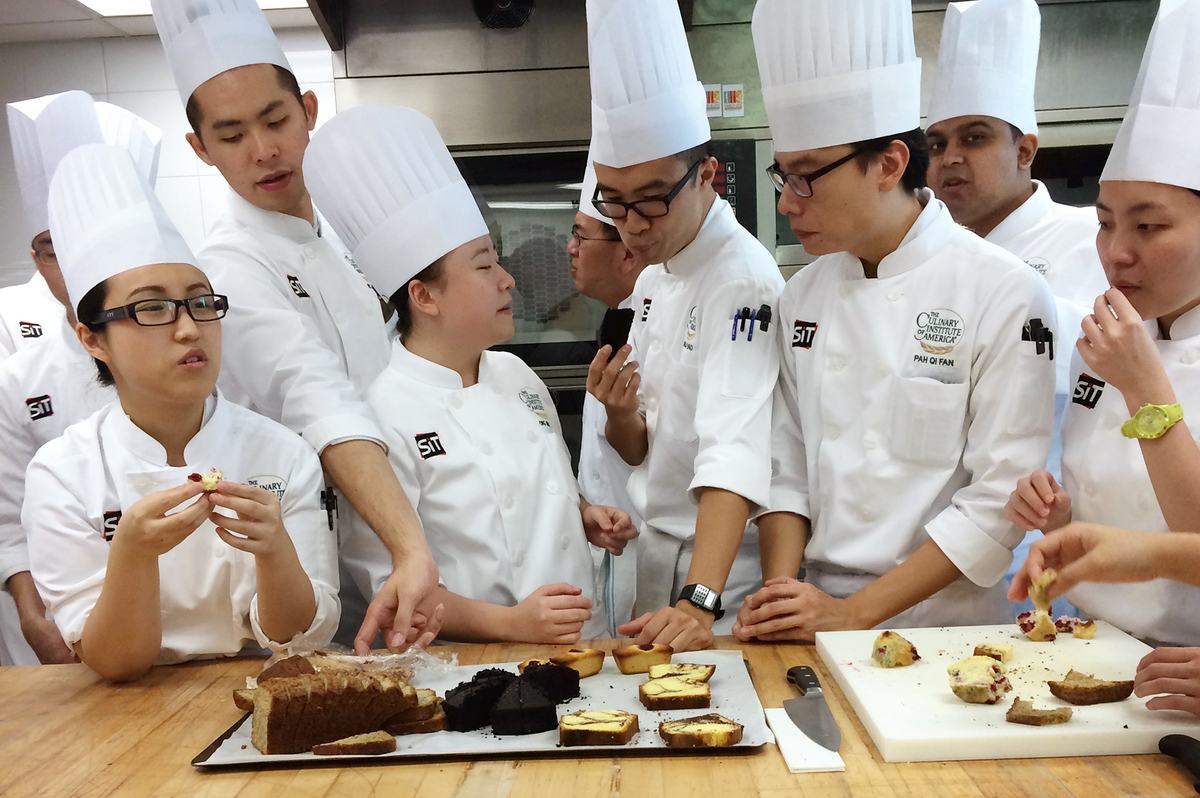 Students sample the results of their labors in Yvonne Ruperti's pastry class at the Culinary Institute of America's Singapore branch.

Lonely Planet named Singapore its top country destination for 2015. An island known as a little red dot on the world map, Singapore has less than 5.5 million people.

But when it comes to tourism, Singapore punches above its weight, with nearly 14 million tourists visiting the island in the first eleven months of 2014. And as a result of a long-term plan by the Singapore government, many of them come for the food.

That food includes meals for about $5 that can be found in Singapore's famous hawker centers, sprawling compounds made up of about 100 stalls under one roof. That's where so-called auntie and uncle food vendors serve Singapore's famous street food, a mix of Chinese, Indian, Malay and Indonesian dishes.

You can find many versions of chicken rice, considered one of Singapore's national dishes, which features steamed or blanched white bird meat. You can also find chili crab, a well-loved seafood dish stir-fried in a tomato and chili-based sauce, and rojak, fried dough that has been grilled over charcoal.

When the government of Singapore decided to make culinary training a centerpiece of its plan to turn the island into a world-class tourist destination, it invited the Culinary Institute of America to open its first international branch on the island. Four years ago, Managing Director Eve Felder moved to Singapore with her family to set up the program — around the same time that celebrity chefs like Wolfgang Puck and Mario Batali also arrived.

Felder says the culinary institute's Singapore program features the same curriculum as its other branches in the U.S., which teach students to prepare classical cuisine in the European tradition. The basic techniques used in preparing world-class cuisine are the same whether you're making a beef bourguignon or a curry, she says. 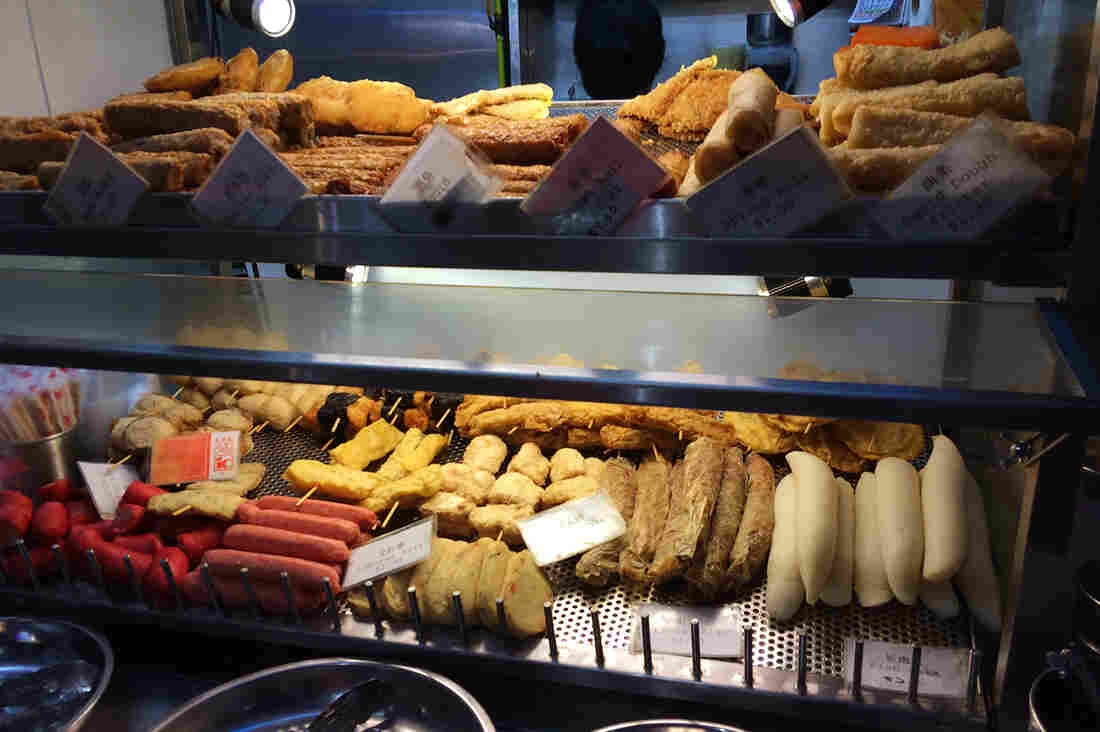 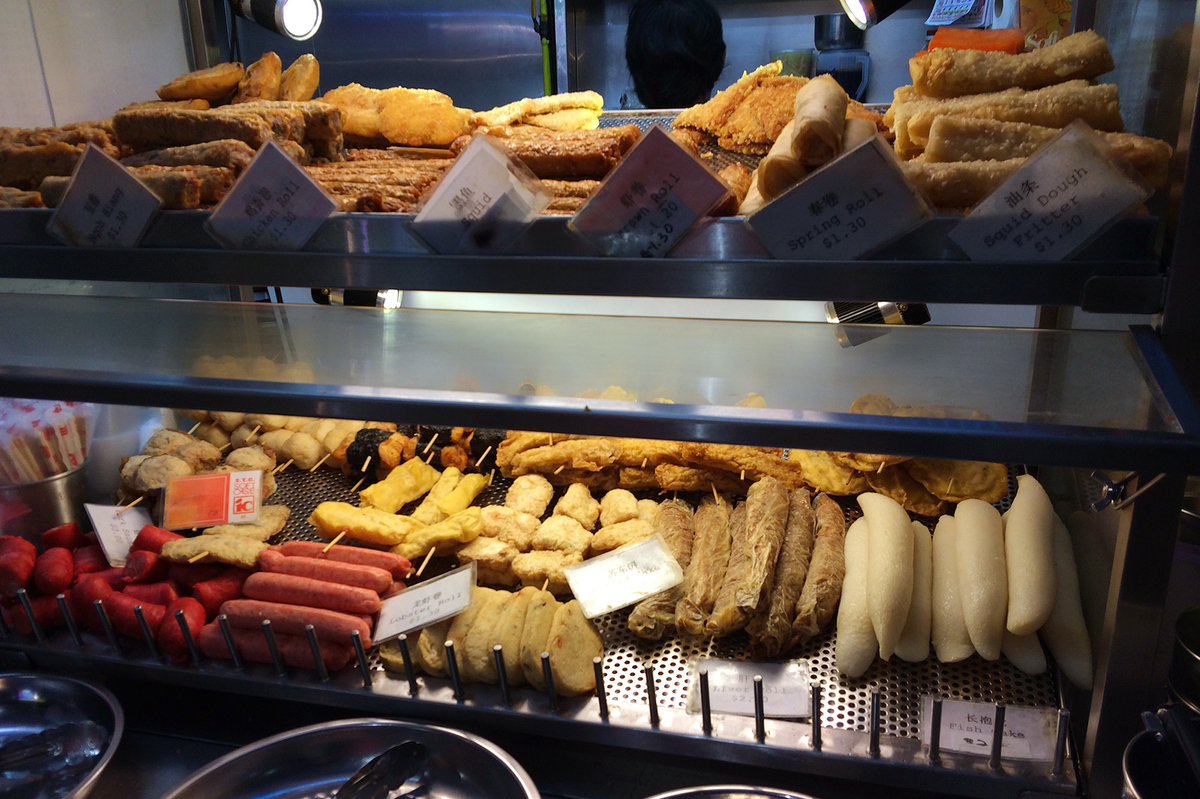 Food offerings including squid dough fritters at Hawker Center, Airport Road, Singapore. The island nation is famous for its street food, a mix of Chinese, Indian, Malay and Indonesian dishes.

"Part of our being here is to professionalize and teach the whys of cooking, so it's not haphazard," Felder says." The whys are all the same. The difference is in the flavor profiles."

Those flavor profiles run the gamut from learning to prepare Asia's classic dishes to making pastry cream. One morning in January, 19 students wearing chef's aprons and tall white hats gather in the institute's pastry kitchen. Teacher Yvonne Ruperti lines up the ingredients for mixing pastry cream. "Pastry and baking" is part of the institute's 18-month course.

Student Yan Iskanear watches Ruperti closely as she mixes cornstarch, milk, butter, salt and vanilla. Iskanear, one of 200 applicants who vied for 33 places in the culinary institute's fall semester, says he's proud of his country's food.

Nathaniel Jodin, who graduated from the Culinary Institute's Singapore branch in 2013, says everybody on the island calls themselves a foodie: "They go around and eat. They critique the food."

Jodin is now head chef at GastroSmiths, a small restaurant in downtown Singapore that borrows from cuisines around the world to create its signature dishes, such as scallop seviche and a rib-eye rice bowl.

Jodin says his parents were not happy with his choice to become a chef rather than a doctor or lawyer, because they worried he wouldn't earn enough in the kitchen. "They were very concerned," he says. "And it's a very Asian culture kind of thing. They want you to get good jobs."

But these days, some of the best jobs in Singapore are in the restaurant industry, according to Ryan Clift, who owns the Tippling Club. "This is a career where you will never be unemployed for the rest of your life. It's a universal language. It's food. It's cooking, you know." 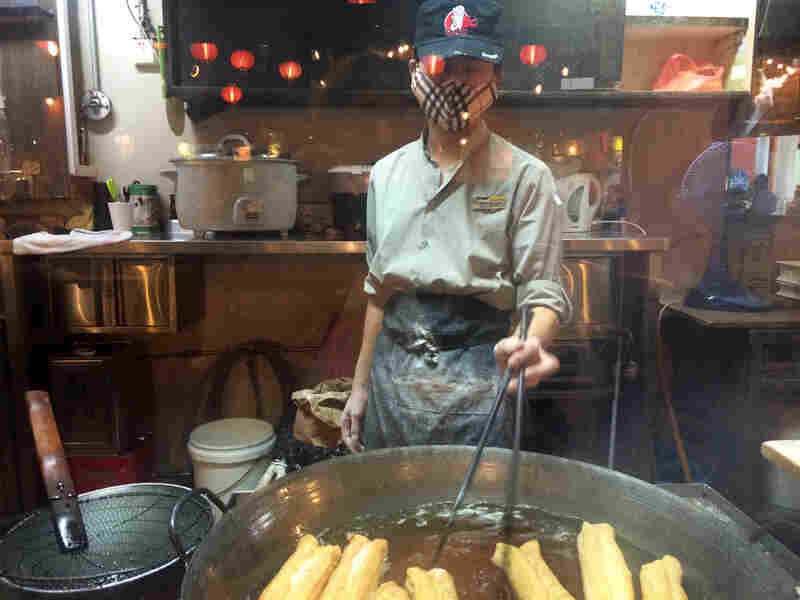 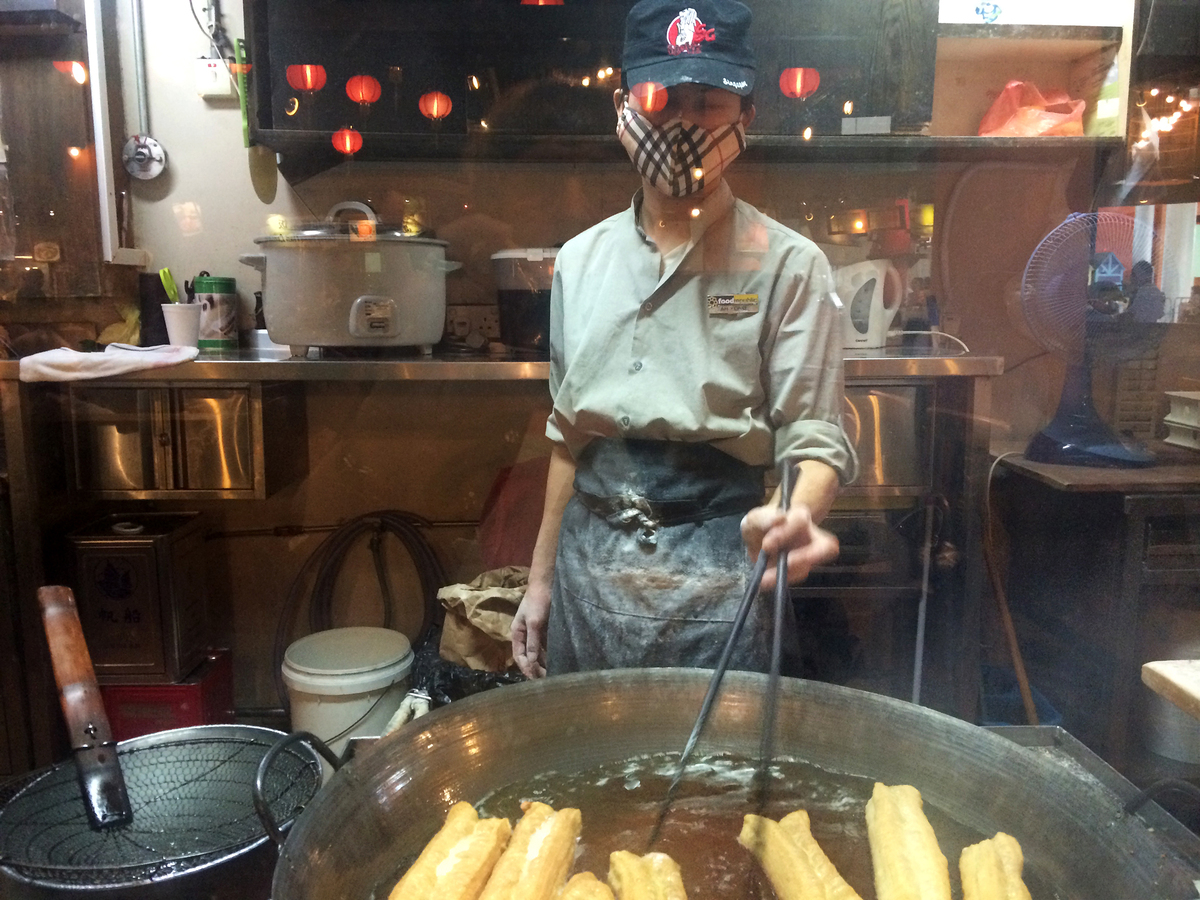 Clift has been cooking since he was 13. He used to run a restaurant in Australia and opened the Tippling Club here in 2008, in the midst of the financial crisis, managing to stay in business by selling a lot of what he called "FU-the Subprime Cocktail" for $100 each — a drink that he says was big enough to share among several people.

Now, Clift prepares meals that consist of modernist gastronomy dishes, such as edible charcoal and peppers that look like hot coals. Some of those meals can cost $5,000 for a 32-course dinner that serves up to 12 people. He says at least 45 percent of his bookings each night are international guests who come for one reason: "They are flying here as gastro tourists, and they are coming here just to eat."

Felder of the Culinary Institute's Singapore branch says she hopes she is training students to attract more gastro tourists and to earn accolades from the passion they display in the kitchen.

The way Felder puts it, "We teach them how to make people's dreams come true. A kitchen is high pressure. It's hot. Your hands smell like shrimp or whatever. But you must do it with grace. It is grace under pressure."

Singapore hopes that grace under pressure and skills in the kitchen will help make it the gastronomic gateway to Asia.