Accessibility links
Lamb Dumplings, Lentils And A Bittersweet Taste Of Home : The Salt One of Syria's most famous restaurants is bringing the tastes of Damascus to Iraq, where hundreds of thousands of Syrians have fled from war, and are hungry for a reassuring slice of home. 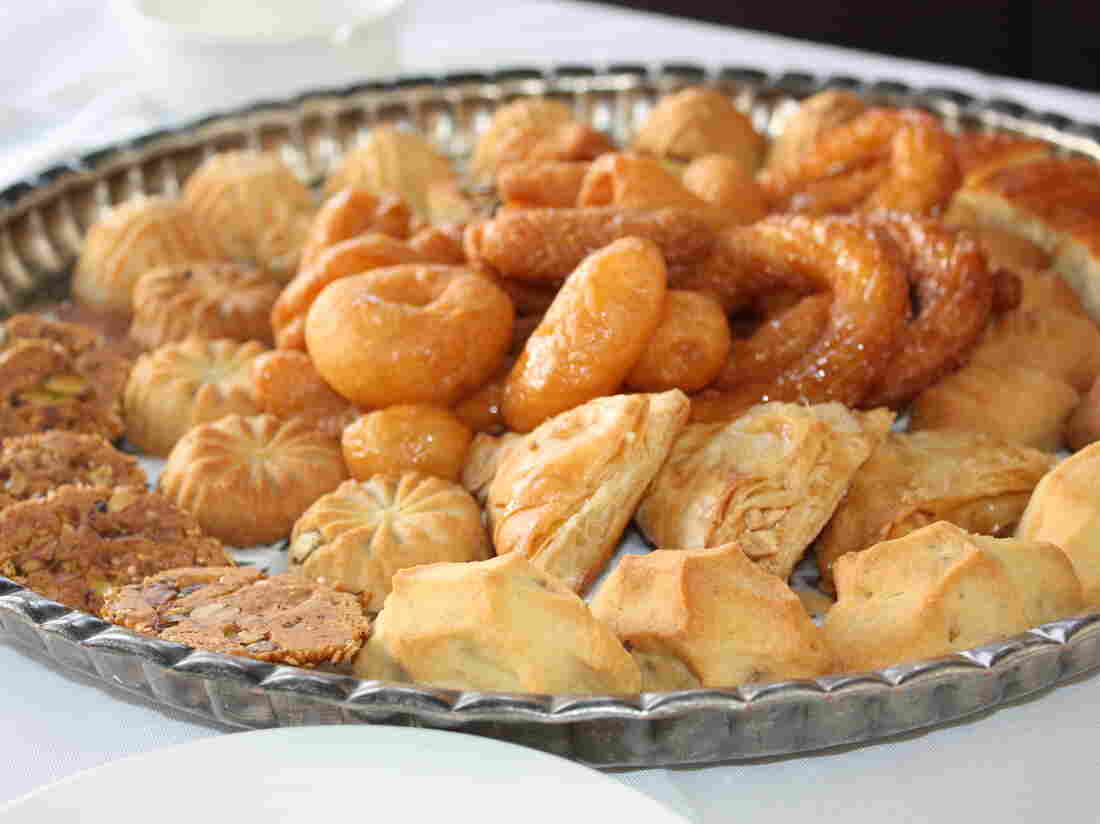 Traditional desserts, like these served in 2010 at the original Naranj restaurant in Damascus, offer sweet, familiar flavors at the restaurant's various locations in the Middle East. A platter like this shows up at the end of every meal at Naranj, and all the pastries are made in-house. Jan Smith/Flickr hide caption 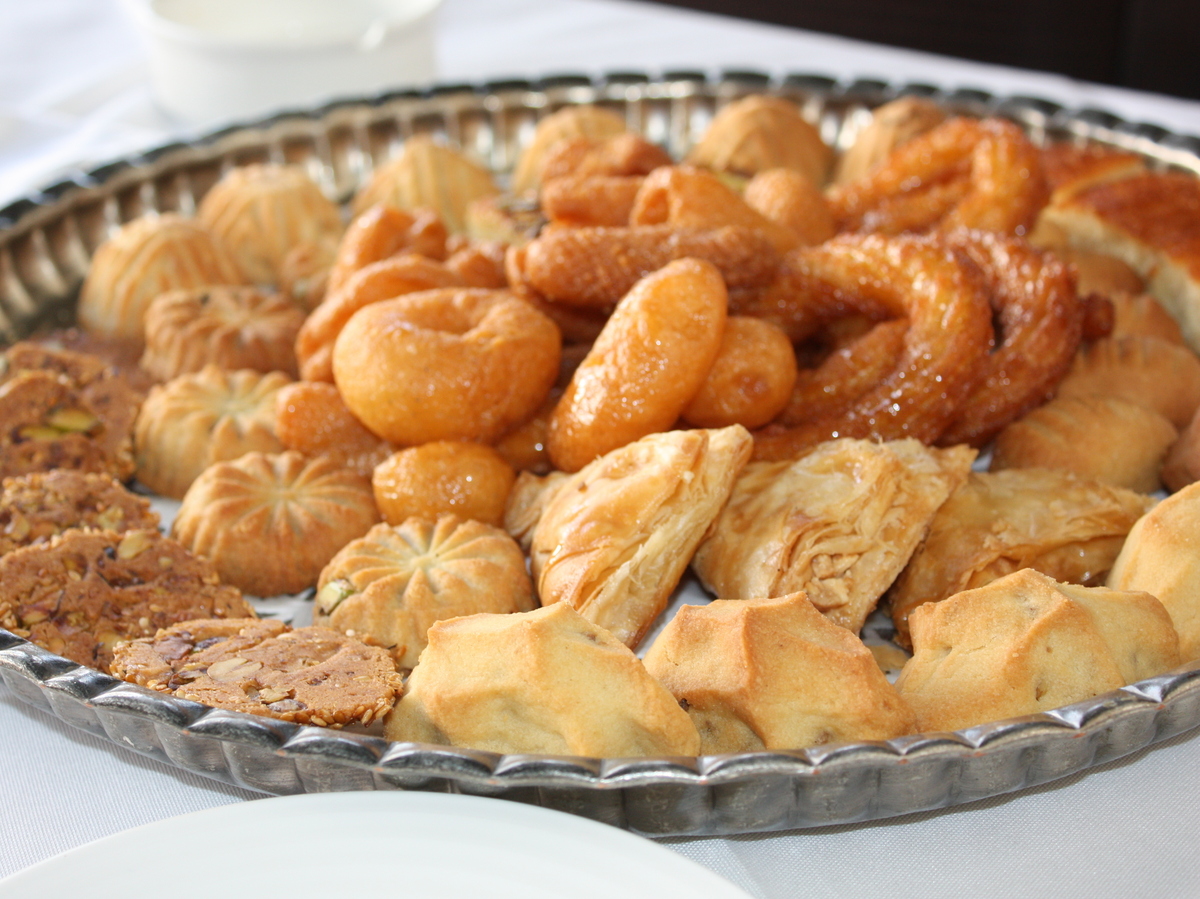 Traditional desserts, like these served in 2010 at the original Naranj restaurant in Damascus, offer sweet, familiar flavors at the restaurant's various locations in the Middle East. A platter like this shows up at the end of every meal at Naranj, and all the pastries are made in-house.

For people living in a new country, a taste of home can be a powerful emotional experience.

All the more so when you've left your country because of war.

Iraq has taken in about a quarter-million people fleeing Syria's civil war. In the northern Iraqi city of Irbil, one of Syria's most famous restaurants is re-creating the tastes of Damascus.

Naranj restaurant keeps a list of the world leaders who have dined at its branch back in Syria. The list is at least 25 names long, and that's not counting the movie stars. Rumor has it Syrian President Bashar Assad eats at the Damascus location twice a week.

He comes "when he needs," Awwad says. "Not exactly twice. Maybe ... monthly."

Awwad has been with the company for a decade. He moved from Damascus to Irbil about a year ago. His wife and son still live in Syria.

"It's so difficult," he says. "But when you put your fingerprint in another world, and people know ... this is Damascus cuisine — we're proud about that."

The original restaurant in the old city of Damascus is still operating, which makes it difficult for the Irbil staff to talk about politics.

Steer the conversation toward the war, and Awwad diplomatically says, "Ah, let us speak about the food."

There is a lot to say about the food at Naranj. The menu is a thick book, with dishes from all over Syria. Some are familiar to Americans, like hummus and tabouli.

Others are distinctly local dishes: lamb dumplings in yogurt sauce; a bowl of lentils with frizzled onions, pomegranate seeds, a green herb paste and bits of dough that are both boiled like pasta and fried to a puffy crunch.

When Awwad describes the food, he doesn't talk about ingredients.

"Naranj is about how your mother [cooks] in the house," he says. "You have to put something from your sensitive inside the food."

Nearly all the ingredients, from the wheat to the olive oil, come from Syria. Even the hookahs that people smoke are made in Syria and have Syrian tobacco, giving the entire restaurant — from the sounds to the smells — a strong sense of place.

Maya Elzen lived in Damascus for 13 years and went to Naranj there every weekend.

She's on a girls' night out with six of her best friends. It's a fun outing, but there's also a little bit of mourning for the Syria that's gone.

"I know I'm not going to be able to go there anymore," she says. "I always tell my friends that the ones who didn't visit Syria have missed it. They can't see it the way it was before, which is a shame."

Naranj now has six locations around the Mideast. For those who've left Syria — at least those wealthy enough to afford a meal at a restaurant as nice as this — Naranj is a sort of lifeline.

Shadi Jaber, a Syrian plastic surgeon, says that in Irbil he recognizes many Naranj staff members from when they were in all Damascus. Jaber trained in France and would often fly from Damascus to Paris.

In Irbil, he now eats at Naranj just as often as he used to. Whenever he's there, he posts about it on social media, and gets wistful replies from Syrian friends around the world who miss that taste of home.