Accessibility links
Produce Pride: Showing The Love With Vegetable Tattoos : The Salt Vegetable tattoos, both temporary and permanent, can make for beautiful body art. Some enthusiasts are hoping to use them to encourage healthy, seasonal eating. 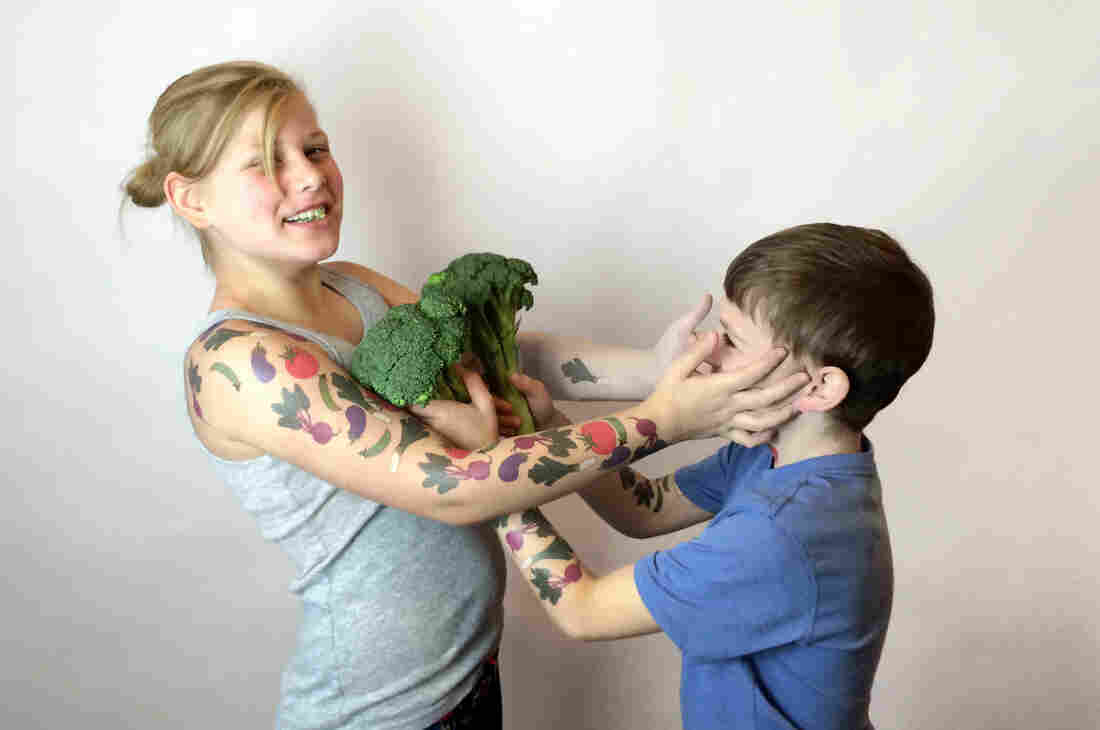 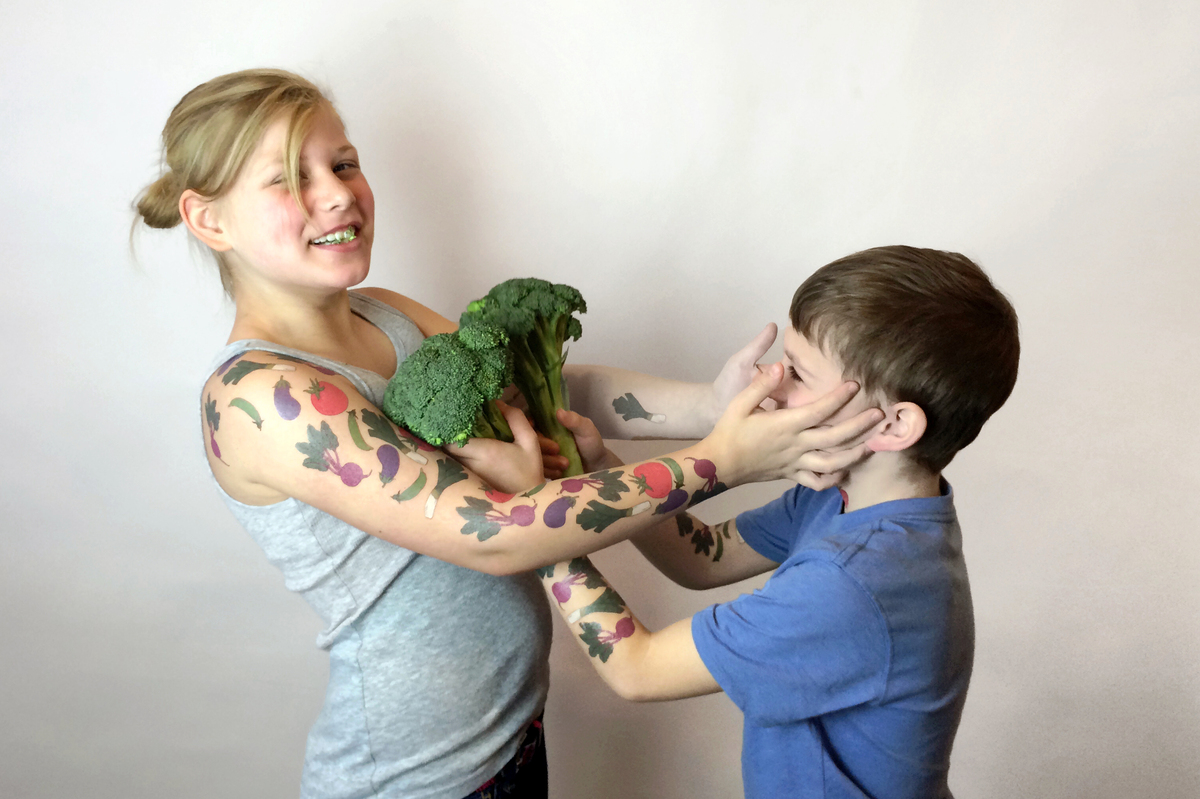 If you really love vegetables and want to tell the world, there are many ways to do so. You can join a community supported agriculture group, or CSA. You can plant a garden in your front yard. And you can broadcast your passion with t-shirt or sticker slogan like "Eat More Kale" or "Powered By Plants."

Now, there's also the option of adorning your body with vegetable body art.

Jenna Weiler, a farmer and food entrepreneur from Michigan, has a Kickstarter underway to raise money for Tater Tats, a temporary vegetable tattoo business.

Weiler says the idea for the tats came to her when she was working on Groundswell Farm in west Michigan, and was joking with her fellow farmers that she should get a bean tattoo on her arm to remind her of the right size to harvest the legumes. 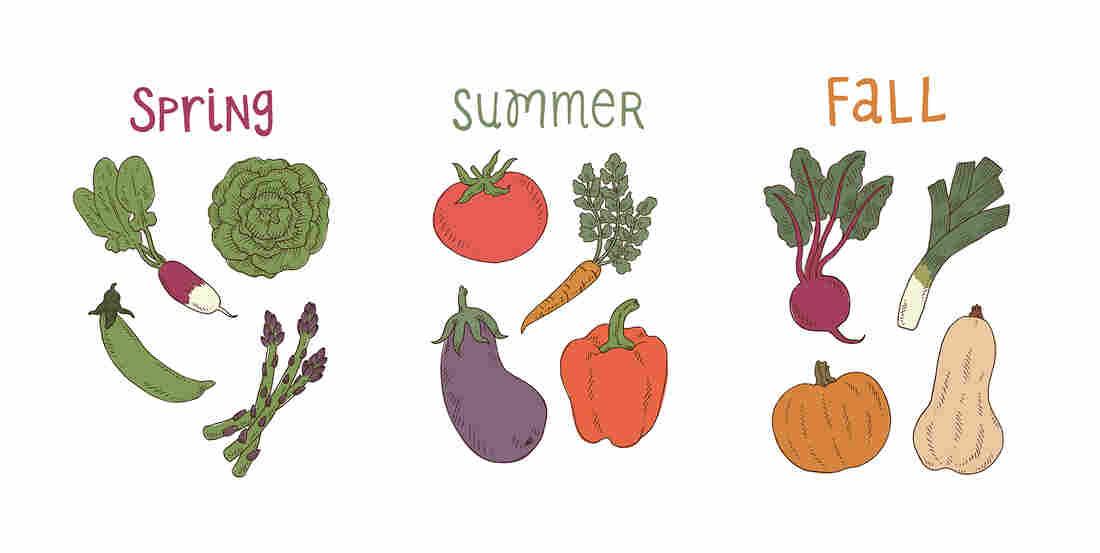 Rather then get a real bean tattoo, she decided that temporary vegetable tattoos could be a fun way to educate kids (and adults) about healthy, seasonal eating. Temporary body art could remind people of how beautiful vegetables are, and grouping them seasonally could help communicate what crops grow when, she says.

"Ideally these tats would be a fun way to make vegetables cool," Weiler tells us by email. "So us food lovers can proclaim, 'I'm proud to love eggplant!' " 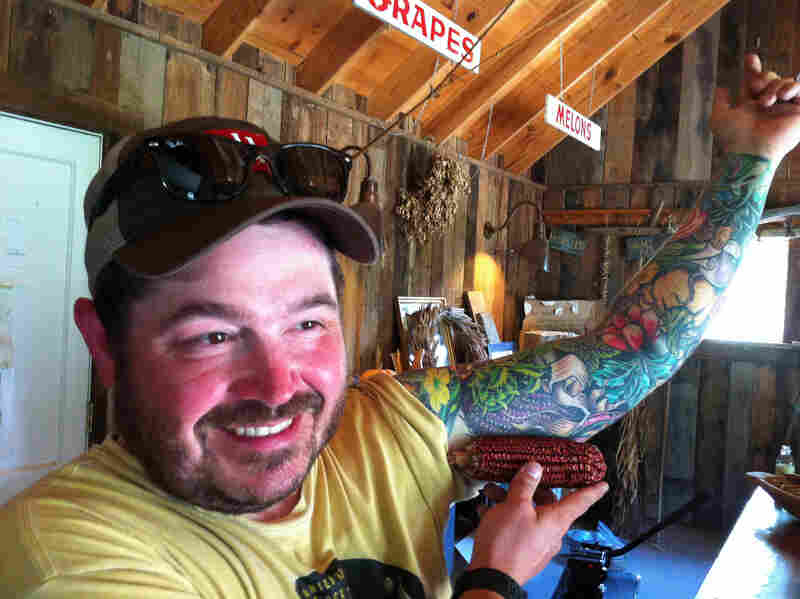 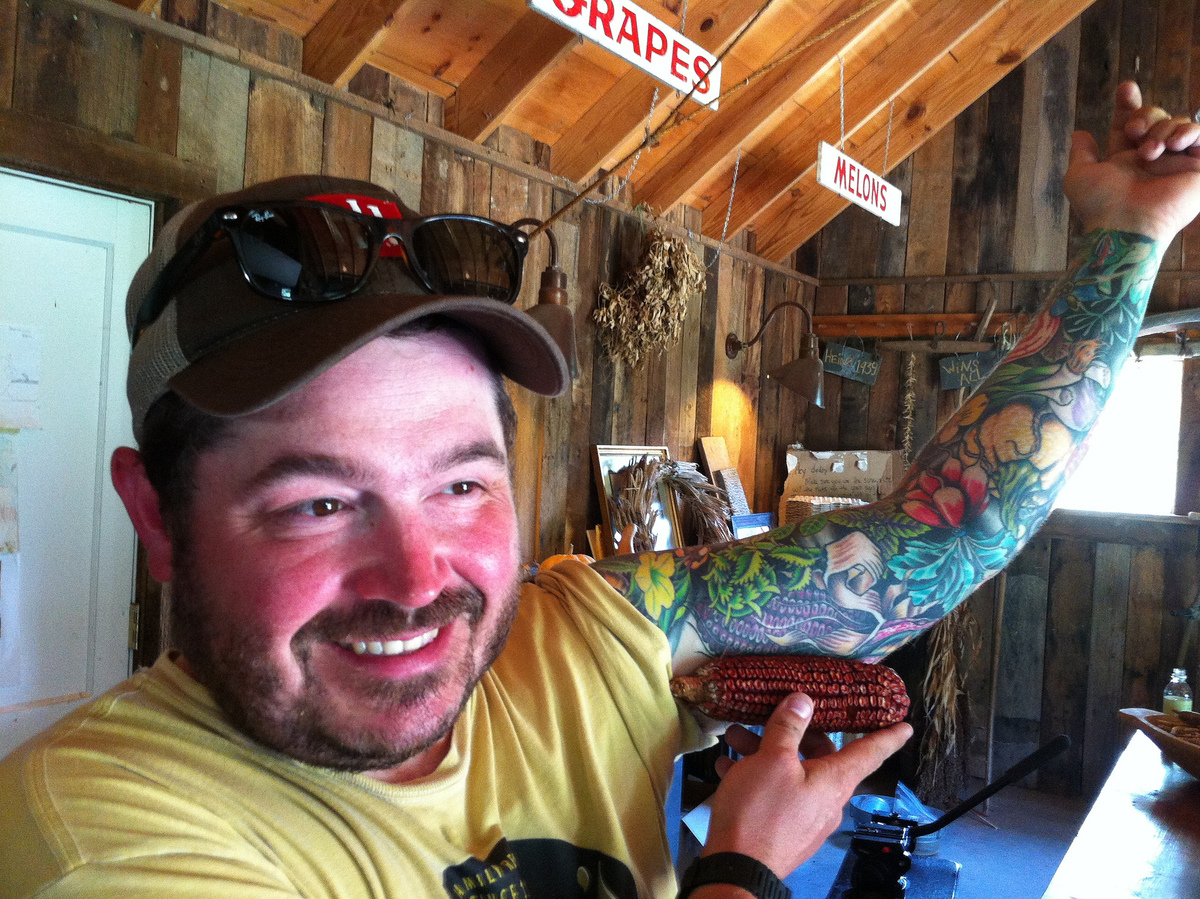 Chef Sean Brock of Charleston, S.C., shows off the inspiration for his Jimmy Red corn tattoo.

The Tater Tats last three days and will cost $5 for a pack of four. They come in spring, summer and fall themes, featuring a few vegetables harvested in each season, like greens and radishes for spring, peppers and eggplant for summer and butternut squash and leeks for fall.

While temporary tattoos may be all the decoration some veggie lovers need, some diehards (Exhibit A: Chef Sean Brock of Charleston, S.C.) have committed to a lifetime of produce art on their bods.

Kyle Crowell is a tattoo artist in Anaheim, Calif., who says he's drawn a few vegetables in his day, including carrots, beets and two halves of an avocado on a married couple. (One of them got the pit.) Most of the people who request them are vegetarian or vegan, he says.

"Pizza is the no. 1 food-related tattoo, for whatever reason," Crowell tells us. "But I appreciate the vegetables; they make for an interesting looking tattoo and they're fun to draw."

We combed Instagram for pictures of some of the best permanent vegetable tattoos, and assembled them here. We also recommend Edible Tattoos, a Tumblr dedicated to the art of food tattoos.

First semi realistic vegetable tattoo. Never thought I'd get to do an avocado. #tattoobycanada #avocadotattoo #healthytattoos

Bouquet of root vegetables for @thebaconbandit! So stoked to see a pal from home. #tattoo #whatdoesitmean?#beetsme!