Accessibility links
Your Grandparents Spent More Of Their Money On Food Than You Do : The Salt Shelling out dough at the grocery store can often feel painful. But Americans on average actually spend far less on food relative to their income than they did 50 years ago. 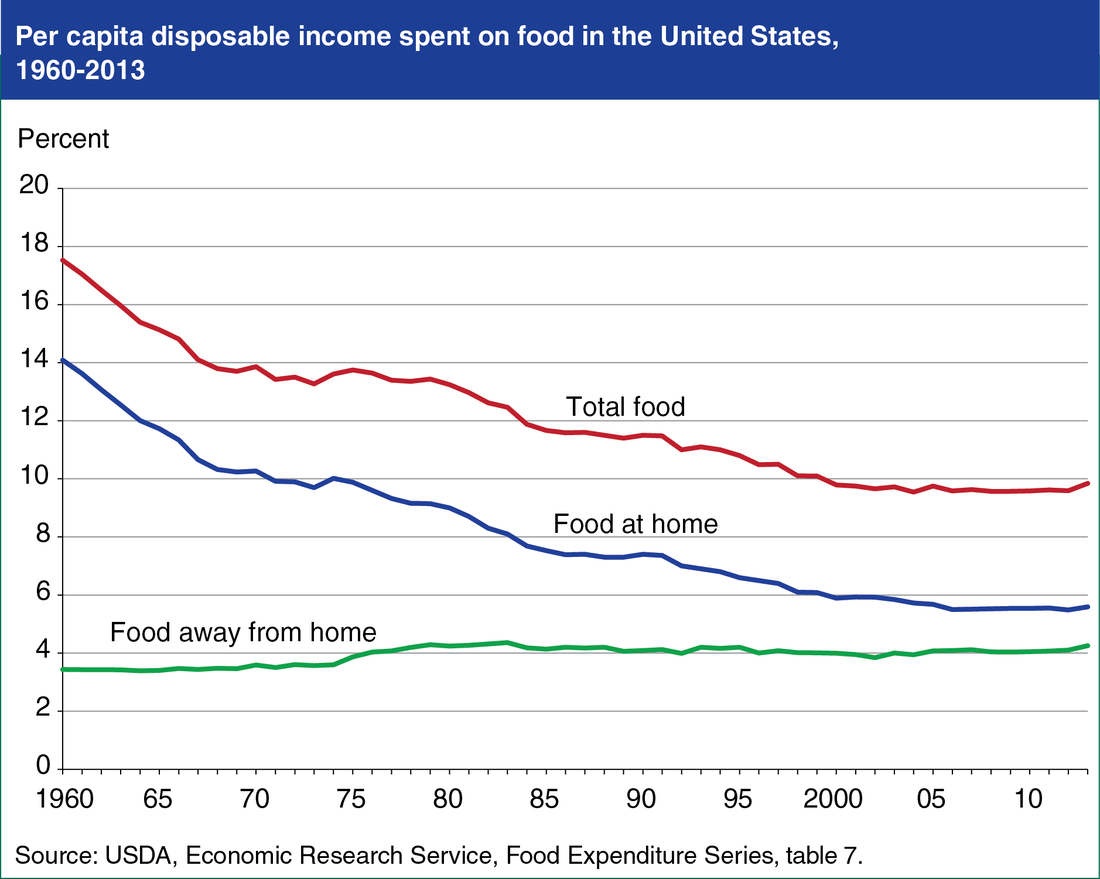 When admiring such enticing items at the grocery store as an avocado for $1.50, an $8 chocolate bar or fresh wild Alaskan salmon for $20 a pound, you've probably experienced sticker shock.

Indeed, retailers and restaurants offer myriad opportunities to blow your food budget in one fell swoop.

But our spending on food — proportional to our income — has actually declined dramatically since 1960, according to a chart recently published by the U.S. Department of Agriculture. As the chart shows, the average share of per capita income spent on food fell from 17.5 percent in 1960 to 9.6 percent in 2007. (It has since risen slightly, reaching 9.9 percent in 2013.)

Because of the overall rise in income, and the consistent shrinking of food prices adjusted for inflation, we actually have more disposable income than our grandparents did, according to Annette Clauson, an agricultural economist with USDA's Economic Research Service who helped calculate the data in the chart. 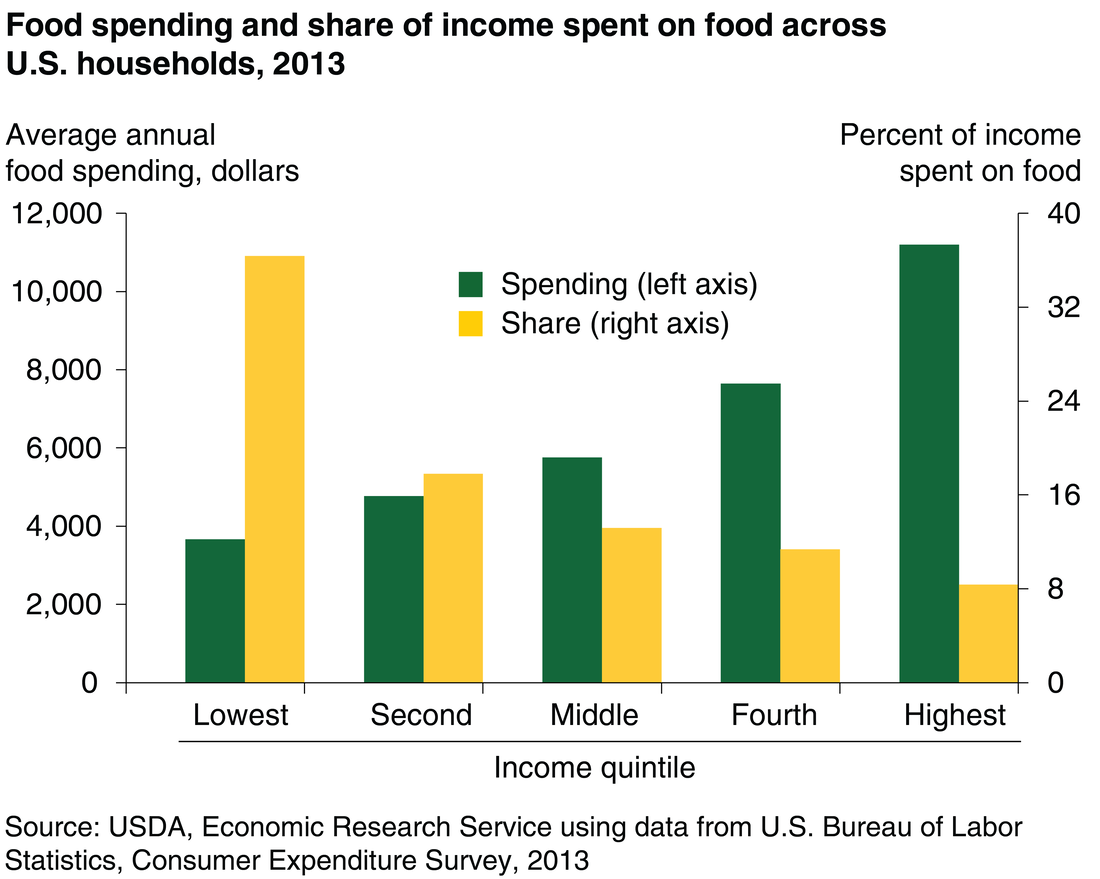 Of course, the more money you make, the more total dollars you'll have available to spend on food. But that expenditure will be a smaller share of your total income, as this second chart shows. Likewise, the less you make, the bigger your food spending will be relative to your income — and the more costly food may seem.

What's more, says Clauson, when it comes to consumer purchases, Americans spend the least on food consumed at home compared with just about every other country in the world.

To be clear, this is not relative to income. It's a slightly different calculation the USDA does when it compares food spending in the U.S. with other countries.

"Food is a still a good bargain for the American consumer," says Clauson.

That may be true in general terms, and as NPR's Marilyn Geewax reported in February, soybeans, sugar and wheat are all cheaper than they were a few years ago.

But as we've reported, there has been volatility in the price of plenty of other food items. And key staples like beef and eggs are actually more expensive these days than they have been.