Accessibility links
We're Not Taking Enough Lunch Breaks. Why That's Bad For Business : The Salt Research shows that only 1 in 5 five people takes a break and leaves his desk to eat. Most workers are simply eating at their desks. But creativity can take a big hit without a change of scenery. 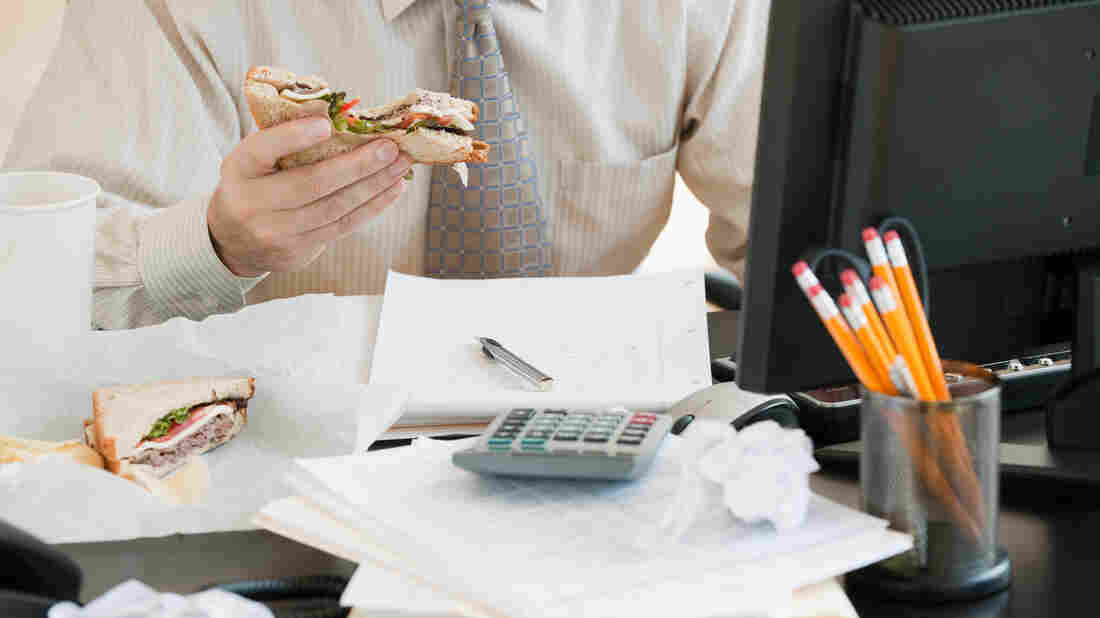 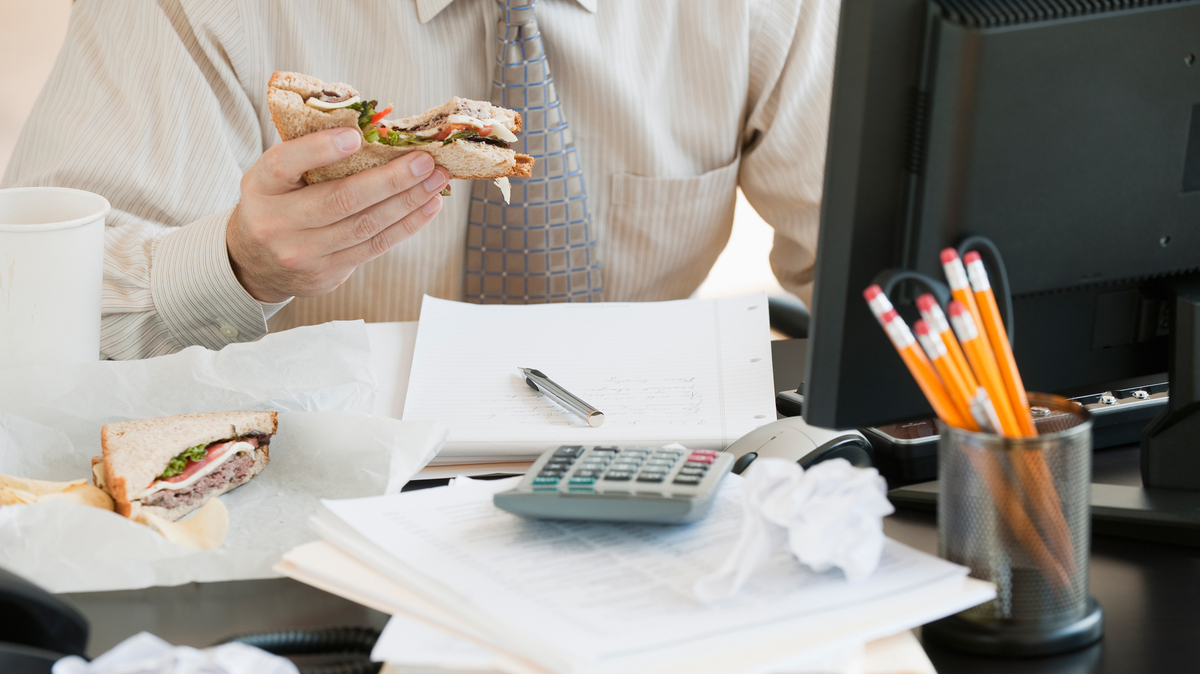 Eating at your desk day after day? Research suggests "staying inside, in the same location, is really detrimental to creative thinking," says management professor Kimberly Elsbach.

Did you take a lunch break yesterday? Are you planning to take one today?

Chances are the answer is no. Fewer American workers are taking time for lunch. Research shows that only 1 in 5 five people steps away for a midday meal. Most workers are simply eating at their desks.

But studies have also found that the longer you stay at work, the more important it is to get outside of the office, even if it's just for a few minutes, because creativity can take a hit when you don't change environments.

"We know that creativity and innovation happen when people change their environment, and especially when they expose themselves to a nature-like environment, to a natural environment," says Kimberly Elsbach, a professor at the University of California, Davis Graduate School of Management, who studies workplace psychology.

"So staying inside, in the same location, is really detrimental to creative thinking. It's also detrimental to doing that rumination that's needed for ideas to percolate and gestate and allow a person to arrive at an 'aha' moment," Elsbach tells Jeremy Hobson, host of Here & Now.

And in a knowledge-based economy, where innovation is what your workers produce, that can also be detrimental to the bottom line.

To reap the benefits of a lunch break, "you don't actually need to go eat," Elsbach says, "you just need to get out. And it doesn't have to be between 12 p.m. and 1 p.m. to have a positive impact. It can be just going outside and taking a walk around the block. That in itself is really restorative."

Elsbach tells The Salt that her research has found that "mindless" work — which can include tasks like walking — can enhance creativity.

On why the lunch hour is disappearing

The workday runs now from much earlier in the morning to late at night, and it's also not a standard 9 to 5. So ... when you eat or when you take a break to get some sustenance is not going to be the same [as it used to be]. Also, there's just this demand to be forever available, so people are reluctant to leave their desk in case they miss something. And so people are eating at their desk — if they're eating at all — and are just there for longer periods of time.

On lunch breaks and labor laws

People who are in more staff or line jobs that are unionized or regulated by labor rules, [those] are the people who are left taking lunch — because it's mandated. But for white-collar workers and managers it's not, and so they're the group who are least likely to take lunch.

You need to get the top managers to be part of this community of taking time off in the middle of the day to eat lunch, to go for a walk, to have a coffee break. They need to be included in the community and model that behavior for the rest of the workforce.

This story comes to us via Here & Now, a show produced by NPR and member station WBUR in Boston. You can listen to an audio version of this story on WBUR's website.