Accessibility links
FDA Tests Turn Up Dairy Farmers Breaking The Law On Antibiotics : The Salt Random tests of milk reveal that a few farmers are treating dairy cows with antibiotics that aren't supposed to be used on them. The FDA is now considering tighter controls to prevent such practices. 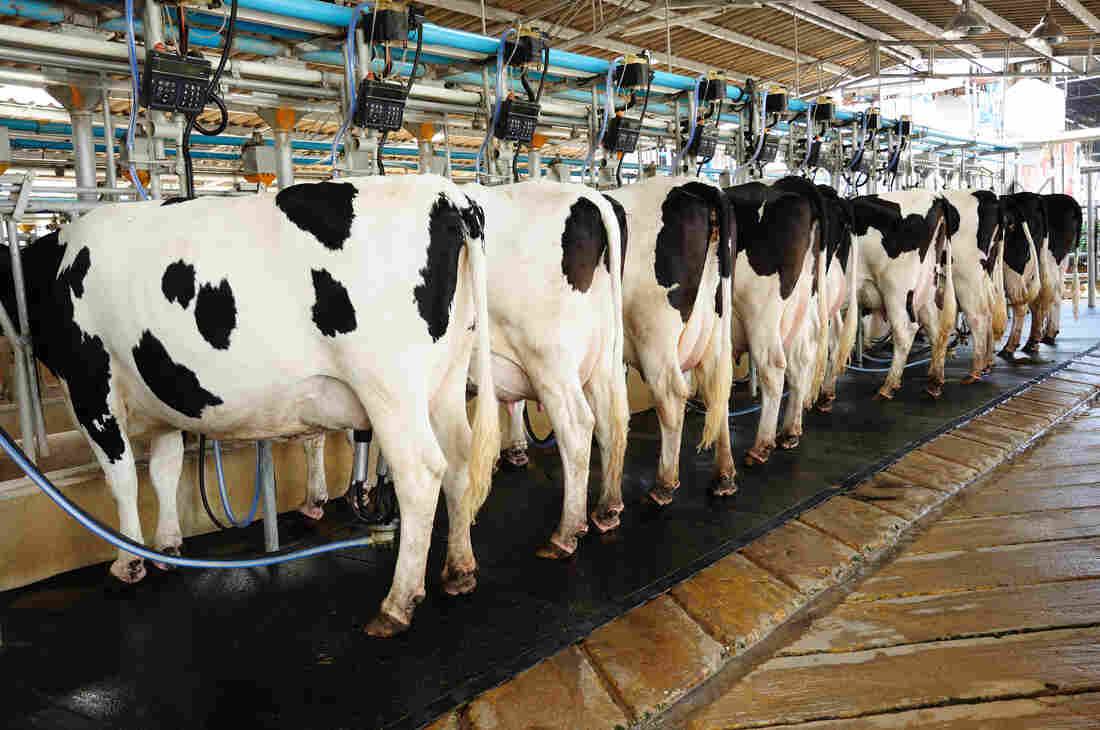 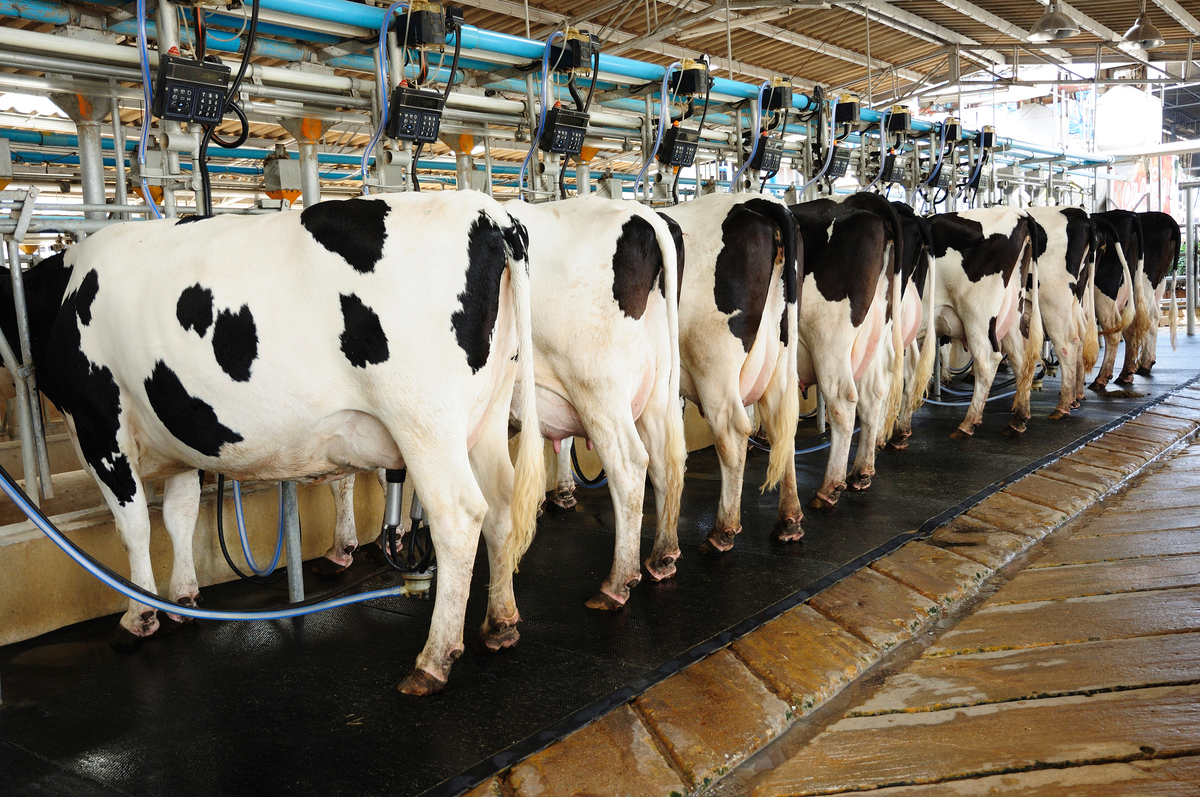 When it comes to the current controversy over antibiotic use on farm animals, milk is in a special category.

Lactating cows, unlike hogs, cattle or chickens that are raised for their meat, don't receive antibiotics unless they are actually sick. That's because drug residues immediately appear in the cow's milk — a violation of food safety rules.

Milk shipments are tested for six of the most widely used antibiotics, and any truckload that tests positive is rejected. So when cows are treated, farmers discard their milk for several days until the residues disappear.

Yet a new report from the Food and Drug Administration reveals that a few farmers are slipping through a hole in this enforcement net. These farmers are using antibiotics that the routine tests don't try to detect, because the drugs aren't supposed to be used on dairy cows at all.

The FDA looked for 31 different drugs in samples of milk from almost 2,000 dairy farms. About half of the farms — the "targeted" group — had come under suspicion for sending cows to slaughter that turned out to have drug residues in their meat. The other farms were a random sample of all milk producers.

Just over 1 percent of the samples from the "targeted" group, and 0.4 percent of the randomly collected samples, contained drug residues. An antibiotic called Florfenicol was the most common drug detected, but 5 other drugs also turned up. Perhaps most disturbing: None of the drugs that the FDA detected are approved for use in lactating dairy cows.

Because the survey was carried out for research purposes, the samples were collected anonymously, and the FDA cannot send investigators to the farms to find out what happened.

Mike Apley, a researcher at Kansas State University's College of Veterinary Medicine, says that it is "totally illegal" for dairy farmers to use two of the drugs that the FDA detected: Ciproflaxacin and Sulfamethazine.

In the case of other drugs, he says, the situation is more complicated. It's illegal for farmers to use those drugs on their own, but veterinarians are allowed to authorize their use in dairy cows under certain strict conditions. Veterinarians also are supposed to ensure that no residues enter the food supply. For whatever reason, that veterinary safeguard didn't work in these cases.

Dr. William Flynn, deputy director for science policy in the FDA's Center for Veterinary Medicine, chose to focus on the fact that the violations were uncommon. "These are encouraging findings," Flynn tells The Salt. The low number of violations indicates that "things are working well."

Flynn says the FDA is working on plans to stop illegal drug use by dairy farmers. This could include testing all milk for a larger number of antibiotics.

Morgan Scott, a veterinary epidemiologist at Texas A&M University, noted that a small number of farmers, through their reckless use of drugs, may end up imposing substantial costs on all other dairy farmers.

"That, to me, is tragic, that some farmers don't think that keeping the reputation of the industry intact is a priority," he says.