Accessibility links
Is Cumin The Most Globetrotting Spice In The World? : The Salt Cumin has been popular since the dawn of written history: It's the only English word that can be traced directly back to Sumerian. Since then it has insinuated itself into cuisines around the world. 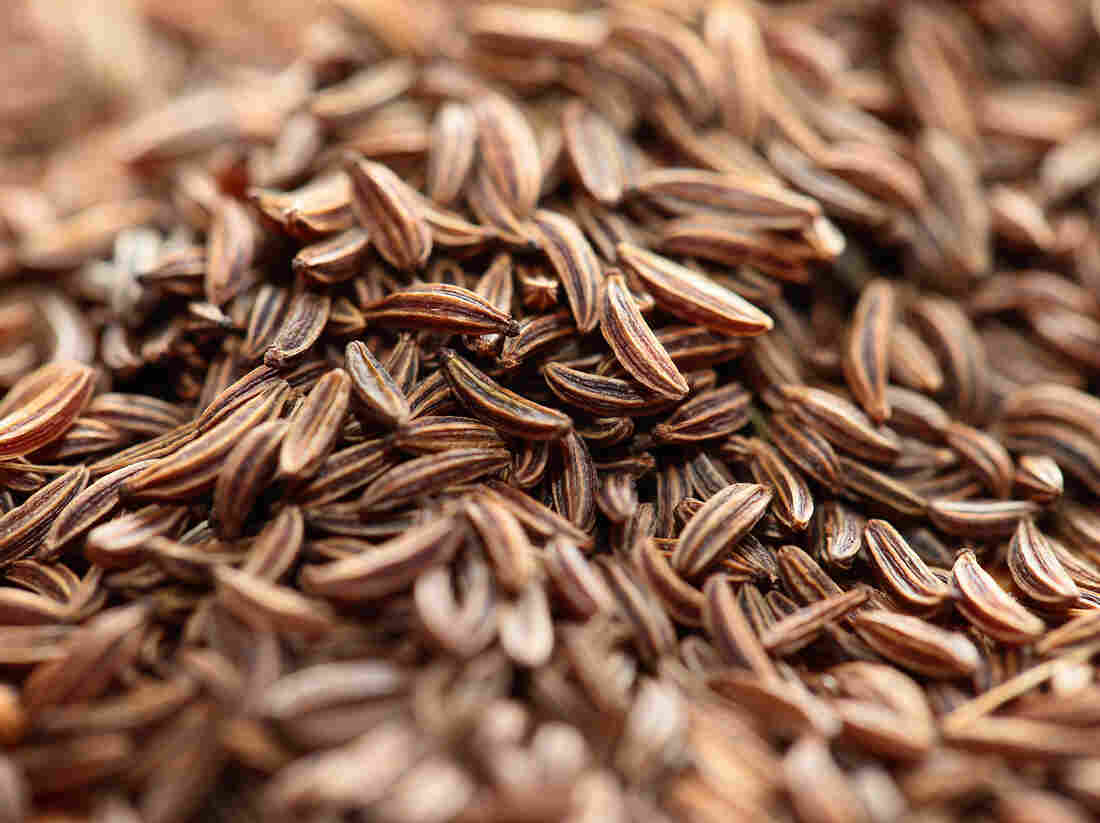 The cuisines of the classical world made use of cumin both as a flavoring and a drug. iStockphoto hide caption 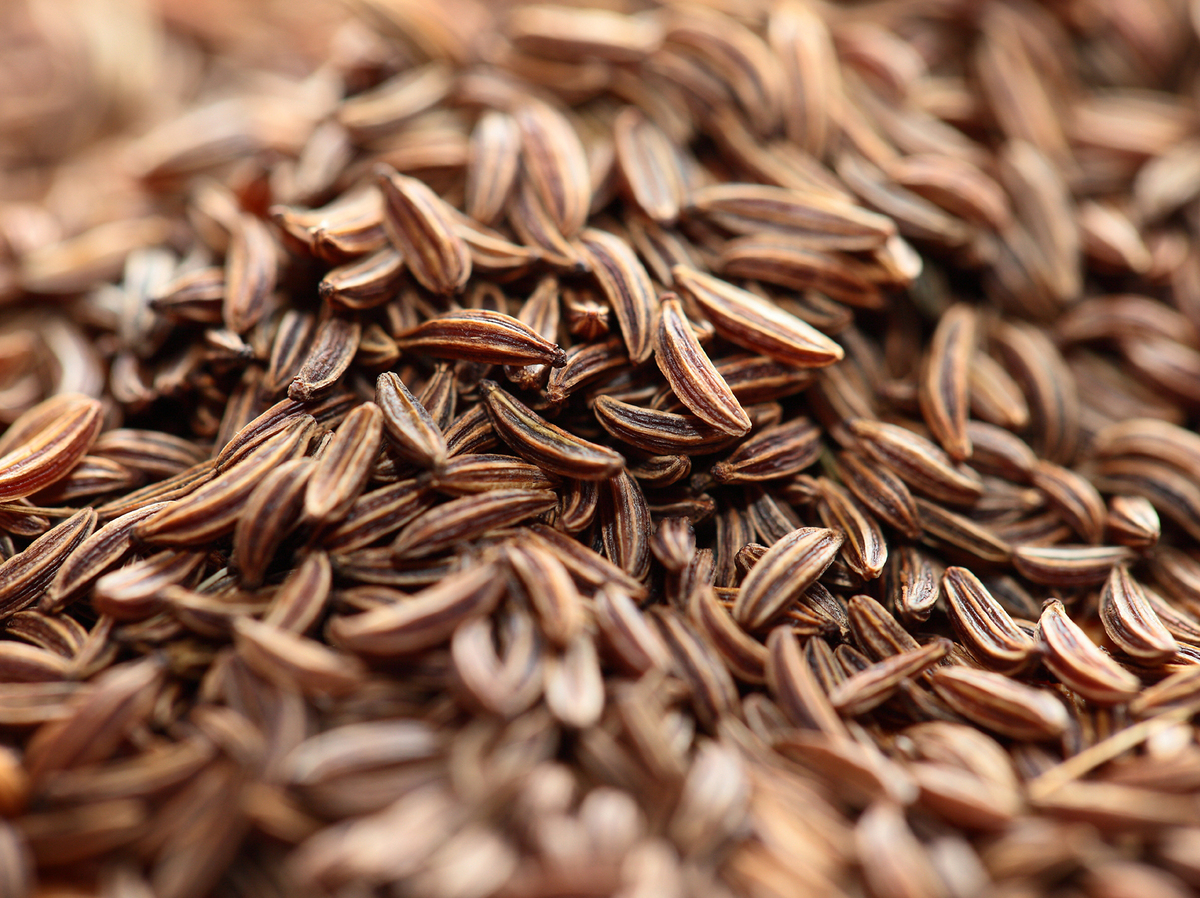 The cuisines of the classical world made use of cumin both as a flavoring and a drug.

I first encountered cumin in suburban New Jersey around 1988. Indian food was just starting to penetrate the suburbs, and a trip to the new Indian restaurant in the next town had, literally, the whiff of adventure about it.

As I took in the many new tastes and aromas from curries and kormas, one stood out: what I deemed the "the sweaty shirt spice," or cumin.

Cumin is essential not just to India cooking but to cooks everywhere from Cuba, where it features in a garlicky sauce called mojo, to the Middle East, to China, where it flavors the grilled meats of the country's Muslim minority.

Here in the U.S. you'll find cumin in an impressively diverse selection of products from chili powder and black bean soup to croutons and kale slaw, as a recent Food and Drug Administration recall of cumin products revealed. Some of our most popular restaurant chains rely on it heavily, too: Cumin is in nine of the 23 items on Chipotle's menu.

Nutmeg Spice Has A Secret Story That Isn't So Nice

"Once it has been introduced into a new land and culture, cumin has a way of insinuating itself deeply into the local cuisine, which is why it has become one of the most commonly used spices in the world," writes Gary Nabhan, author and social science researcher at the University of Arizona Southwest Center, in his recent book, Cumin, Camels, and Caravans.

Nabhan's book is really a much broader look at the spice trade and its relationship to history and culture. But cumin earned a spot in the title "because it is so demonstrative of culinary globalization," Nabhan writes.

Cumin has also literally been popular since the dawn of written history.

In English, at least, cumin has a singular distinction – it is the only word that can be traced directly back to Sumerian, the first written language. So when we talk about cumin, we are harkening back to the Sumerian word gamun, first written in the cuneiform script more than 4,000 years ago.

Cumin's popularity in ancient Mesopotamia is also evident in the world's oldest recipe collection, the so-called Yale Culinary Tablets, which date to about 1750 BC. Written in what is now southern Iraq, the tablets attest to the Mesopotamians' taste for highly spiced food with lots of onions, garlic and kamûnu, as cumin was called in Akkadian, the Semitic language the recipes were written in.

Almost a millennium later in the 9th century BC, the Assyrian king Ashurnasirpal II threw a huge feast to celebrate the construction of his new capital, Nimrud, in what is now northern Iraq. Boasting about it in a royal inscription erected in his new palace, Ashurnasirpal lists the massive quantities of food he served to guests from all over his empire, including lots of cumin. It was probably used as a table condiment as it still is throughout the Middle East. 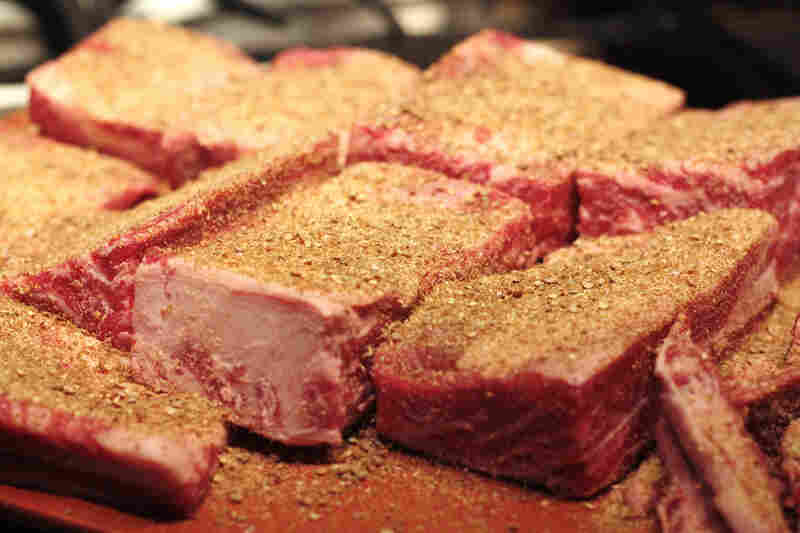 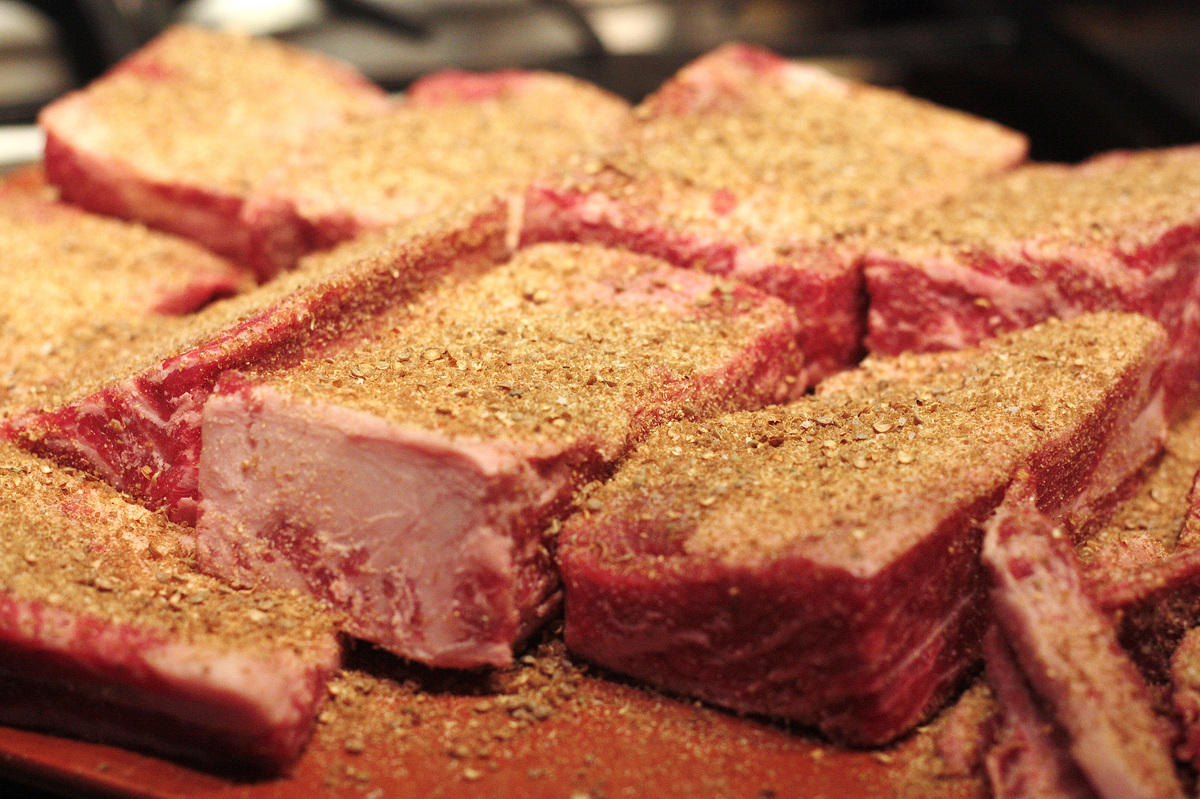 The cuisines of the classical world also made use of cumin both as a flavoring and a drug. The Hippocratic Corpus, a collection of Greek medical texts mostly dating to late 5th and early 4th centuries BC, lists cumin as one of the ingredients in a prescription said to stop a woman's uterus from moving around her abdomen and causing "hysteria." Its association with women's reproductive health is also noted by the 1st century CE Roman author Pliny the Elder in his Natural History. He writes that if a woman smells cumin during sex she is more likely to conceive.

Besides its supposed medicinal properties, the ubiquity of cumin on the Roman table can be seen in the novel Satyricon, from around the 1st century BC. In it, the pompous Trimalchio is throwing a lavish dinner party and is shocked to find that his cook has forgotten to prepare the pig. Trimalchio, in a rage, complains that the cook is not taking the situation seriously enough, saying that he is acting as if he has only forgotten to add a pinch of pepper and cumin to a dish. Cumin was so important that in a Roman cookbook attributed to Apicius, dating the late 4th or early 5th century AD, it's listed among the "pantry essentials" that every well stocked home must have.

Cumin spread throughout Europe with the Roman Empire and its culinary and (alleged) medicinal qualities continued to be valued throughout the Middle Ages. In 13th-century England, rents were often paid in cumin, and the household of King Henry III would buy it in quantities of 20 pounds at a time. By the end of the 15th century, when Europeans began looking for new trade routes to obtain even more exotic spices, cumin was being widely cultivated in the warmer parts of the continent.

When Spanish settlers first planted cumin in the Americas, one of the last legs of cumin's journey began. By about 1600, cumin was being grown in what is now New Mexico; quickly it became an integral part of the regional cuisine. Anglo-American settlers first tasted the heady mix of cumin and chilies, which we now think of as central to Mexican and Southwestern food, when they began moving west in the 19th century.

These settlers and their descendants began incorporating this style of cooking into their own culinary repertoires, which helped to spread cumin's popularity. This could even be seen in the White House where Lady Bird Johnson, wife of the first president from Texas, had her own recipe for "Pedernales River Chili," which called for a teaspoon of comino seed (the Spanish word for cumin).

To the east, cumin traveled down the Persian Gulf where it was spread to India by traders from the Arabian Peninsula and from there throughout South Asia. The overland route linking Europe to Asia, usually referred to as the Silk Road, also helped to spread cumin's popularity and it was in this way that cumin reached China. In the Middle East, where cumin's use was first recorded, the spiced has remained popular in cuisines throughout the region and is often found in small bowls on tables right next to the salt.

More Americans became familiar with the flavor of cumin in the 1960s as restaurants like Taco Bell gained popularity. The second half of the 20th century also saw significant immigration from South Asia bringing dishes that had been redolent of cumin for millennia to the U.S.

Whether it's foul for breakfast in Syria, chana masala for lunch in India or mole for dinner in Mexico, cumin is always on the table somewhere in the world. When we eat it we are part of a tradition going back to the very beginning of recorded history.

Adam Maskevich is an archaeologist who has worked extensively throughout the Middle East. He has also taught classes on the history of food and cooking in antiquity and the politics of archaeology.