Accessibility links
Southerners Are Getting Creative With Their Favorite Nut: Pecan : The Salt The pecan has become the latest obsession of Southern farmers, chefs and craft breweries. They're giving the buttery nut new opportunities to shine in the form of oil, flour and even beer. 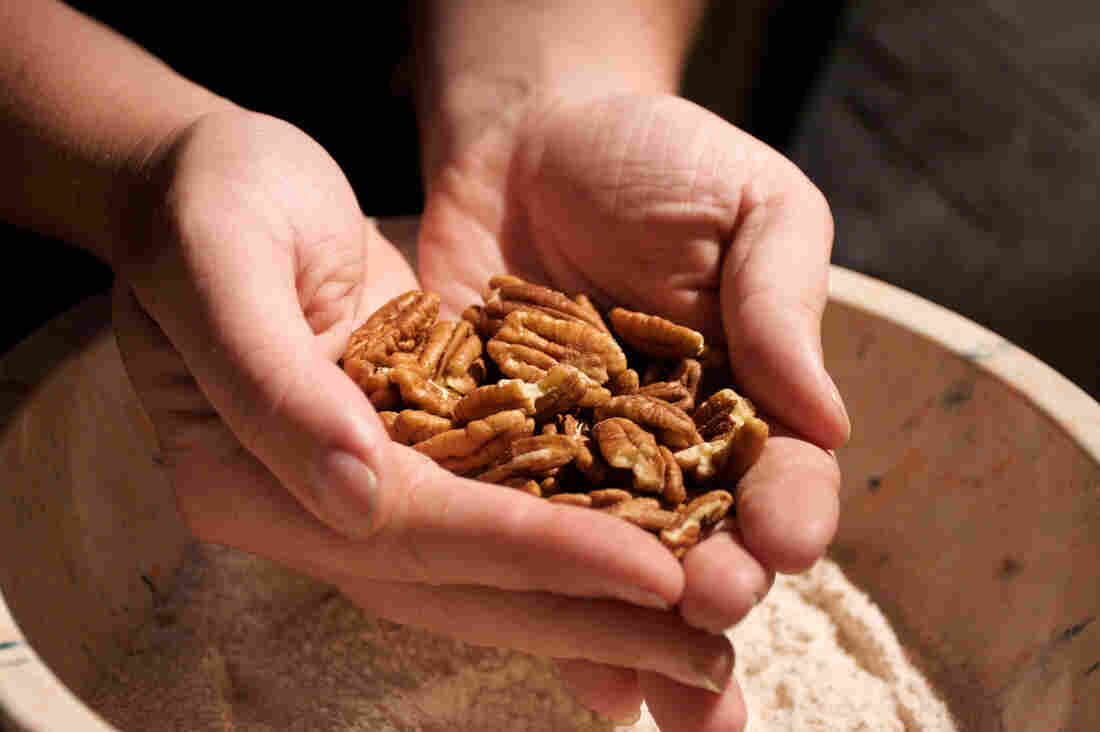 Toasting or roasting brings nut oils to the surface, and pecans are practically overflowing: 75 percent of the nut is pure oil. Ashley Fisher/Flickr hide caption 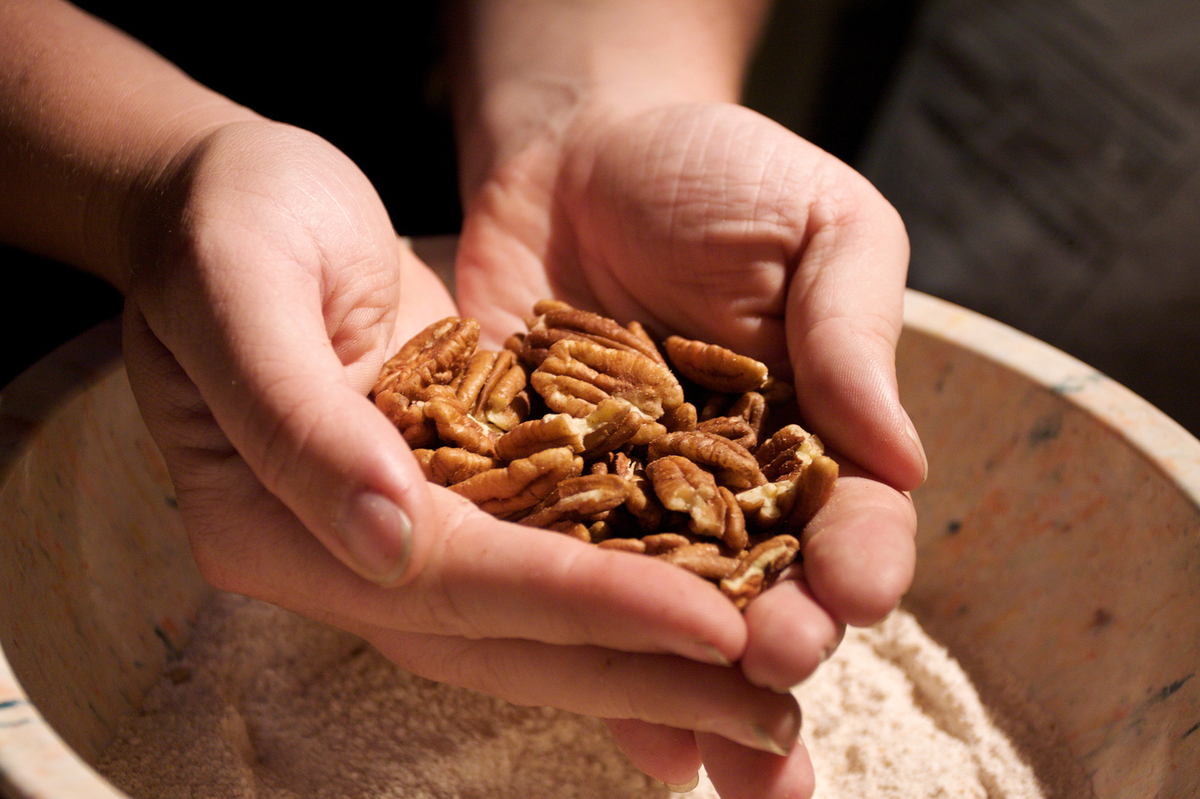 Toasting or roasting brings nut oils to the surface, and pecans are practically overflowing: 75 percent of the nut is pure oil.

Sweet and buttery, the pecans that figure so prominently in that iconic pie are America's only major indigenous tree nut. They're native to the Deep South, where the long, warm growing season provides an optimal climate. And they're the third-most-popular nut in the U.S. behind peanuts and almonds, according to the Agricultural Marketing Resource Center. 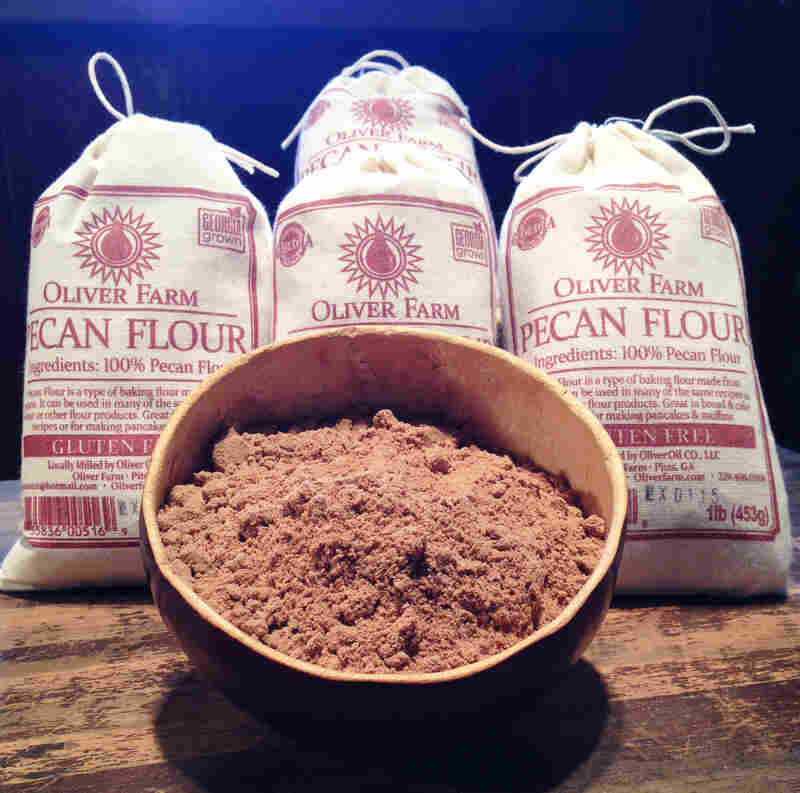 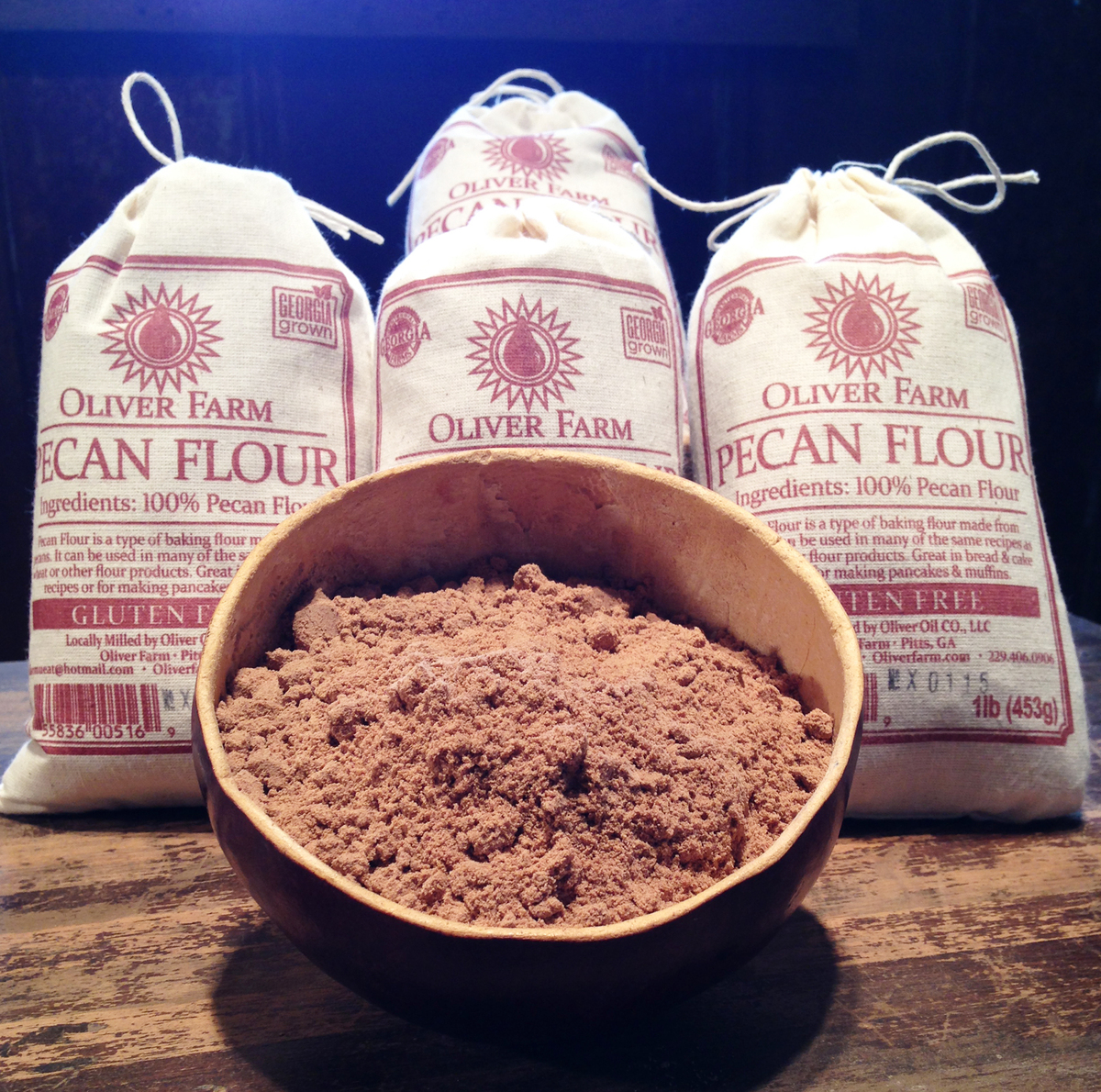 With 10 million pecan trees producing over 200,000 tons of pecans in America today, the nut hardly needs bolstering. But recently, it has become the focus of experiments by Southern farmers, chefs and craft breweries. Inspired in part by the fast-growing farm-to-table movement, which sets a premium on local products, they are giving the pecan new opportunities to shine in the form of cold-pressed oil, gluten-free flour and even beer.

Toasting or roasting brings nut oils to the surface, and pecans are practically overflowing: 75 percent of the nut is pure oil. Compare that with the peanut, which is 50 percent oil, and the almond, which is around 45 percent oil. As with all nuts, roasting not only intensifies the pecan's flavor but also it adds to its richness.

At Oliver Farm, an award-winning producer of artisan oils in Cordele, Ga., Clay Oliver uses an old-fashioned screw press to produce several thousand bottles of delicate pecan oil a year. He sells to Southern chefs, specialty stores around Georgia and online. "Pecans have that mysterious extra-something and an unforgettable flavor that renders the oil and flour delicious," says Oliver.

With Pecans In Hot Demand, Their Price Has Jumped

Native Georgia chef Steven Satterfield, a James Beard Foundation Award finalist in 2013 and 2014, uses Oliver Farm's oil for everything from frying food to crafting pecan pesto vinaigrette at his Miller Union restaurant in Atlanta. "I love traditional Southern food," he says, "but I want to experiment just enough to keep it fresh and interesting and new."

Oliver Farm's defatted, gluten-free flour has earned such a big following of Southern bakers that it quickly sells out. Dede Wilson's Bakepedia, a baking and dessert recipe website, offers a recipe for pecan flour buttermilk pancakes with an added drizzle of pecan oil. Georgia chef Jennifer Booker, author of Field Peas to Foie Gras: Southern Recipes with a French Accent, uses the pecan oil in traditional southern shrimp and grits, and for sautéeing collard greens. 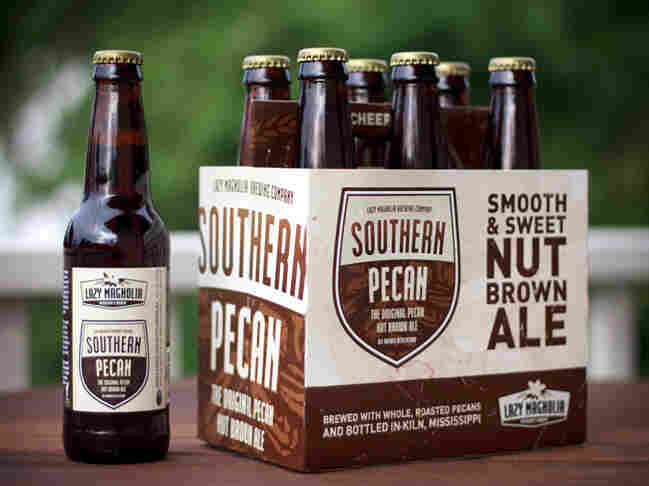 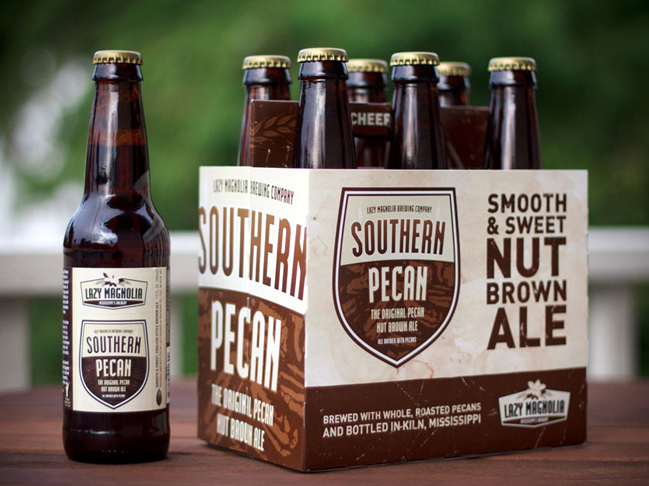 But perhaps the most surprising new venue for the pecan is a craft beer called Southern Pecan Brown Ale, produced by Lazy Magnolia Brewing Company in Kiln, Miss. Founded by husband-and-wife team Mark and Leslie Henderson, it's the state's first brewery since the Prohibition.

"Our pecan ale is our flagship beer and the first one in the world made with whole roasted pecans," says Leslie Henderson. The beer won a Bronze Medal in the 2006 World Beer Cup and is now available in 17 southern states. "We were initially worried the oils would kill the foam on our beer," says Henderson. "But the pecans ferment just like a grain and provide nuttiness and flavor unmatched in other beers. There's still a lot of hops and malt, but the nutty flavor shines through."

What inspired the beer in the first place? "Comfort foods like pecan pie and pecan pralines give us that old, charming, Deep South romance," Henderson says. "We wanted to hearken back to that hospitality yet create something new. Our beer is complex but really approachable."

Pecan pancakes and beer for breakfast, anyone?