Accessibility links
Behold! The Cosmos Created From The Contents Of A Kitchen : The Salt From spices, flour, milk, water and food coloring, a photographer creates startlingly realistic-looking images of space. These photos are convincing enough to impress an astrophysicist.

Behold! The Cosmos Created From The Contents Of A Kitchen

Behold! The Cosmos Created From The Contents Of A Kitchen

Surely, you've heard of making food in space. Astronauts have to eat, right?

But perhaps you hadn't considered making space out of food. Navid Baraty, a freelance photographer in Brooklyn and Los Angeles, arranges common pantry items to create strikingly accurate-looking photos of an imaginary cosmos.

"I'm a really big space geek," Baraty tells The Salt. "I'll look at NASA images or Hubble images to see how things were placed in the sky, and I try to make things as realistic as possible."

He particularly likes a NASA website that posts an astronomy picture each day. He'd heard of other people creating images using scanners, and knew that the high resolution would make objects pop against a dark background. So he started thinking about how to create his own version of space — using the contents of his kitchen cabinets.

Baraty started with spices and flour to make stars. "Sometimes, when I look at space photographs, it looks like spices sprinkled on the sky," he says. Lately, he's been filling glasses and large beakers with water or coconut milk and streaks of food coloring to make planets of different sizes. He composes a space scene on a plate of glass, sets it on top of a scanner, and voila! He has an image worthy of Hubble.

He usually scans at night, so that the background is extra dark, but he'll also use Photoshop to make space extra black, or add shadows to the planets. 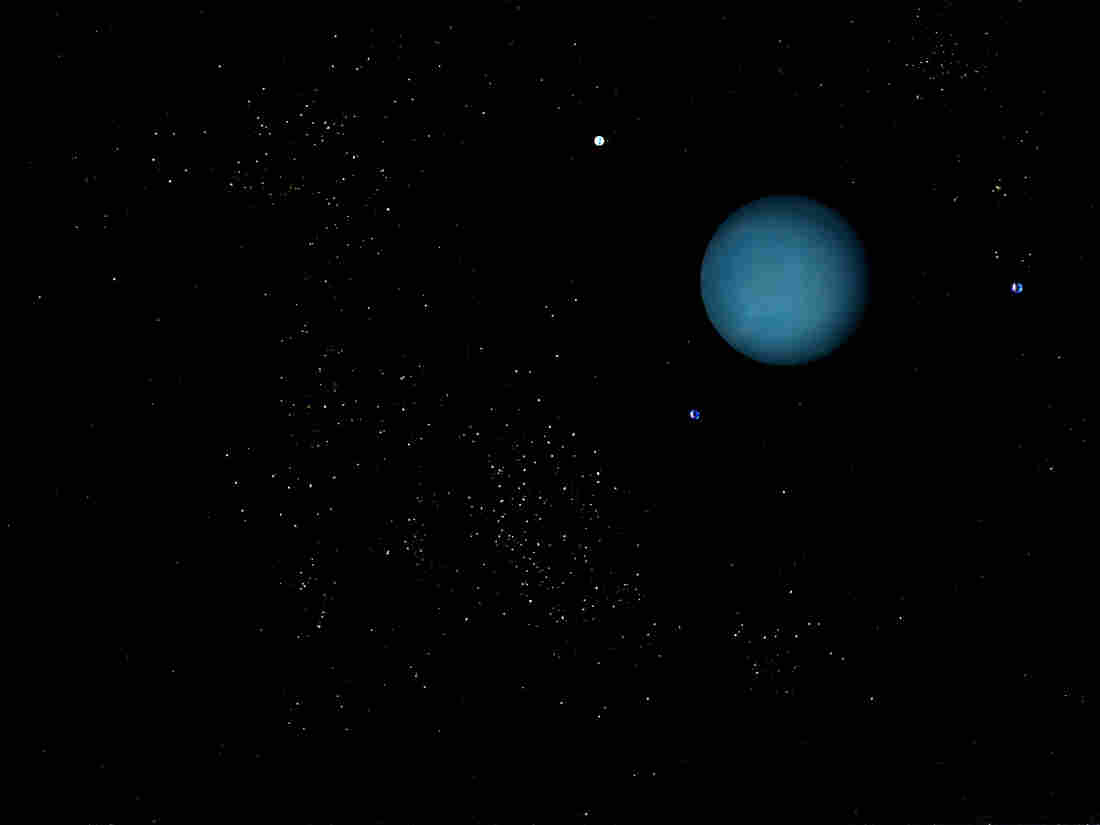 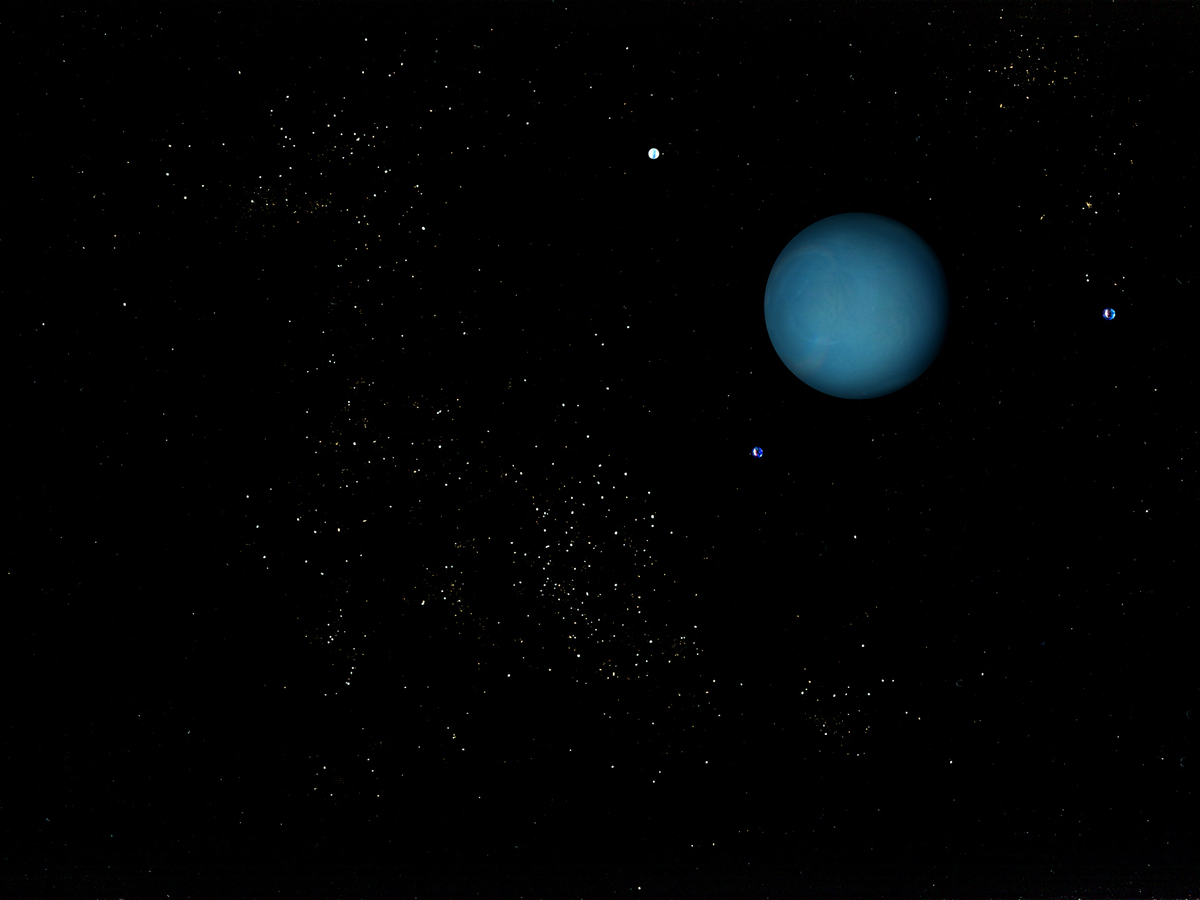 He's even given his space images an elaborate backstory: "I had this whole story that this was a real space ship and I was chosen to work on it, with my background and my photography skills," says Baraty, who worked as an engineer before moving to photography. "It's an imaginary space probe out there exploring the universe, so it's taking the images it sees," he says. Baraty named the spaceship Wander, and called the project by the same name.

"I'm kind of surprised at how realistic you can create a cosmic theme in a scanner," says Baraty. "People thought they were real photos for a long time."

The pictures of planets look particularly convincing, says Adam Frank, an astrophysicist at the University of Rochester and blogger for NPR's 13.7.

"The one that was more bluish-green reminded me of Uranus or Neptune," he tells The Salt.

Frank explains that Baraty's fictional planets show a sense of atmospheric motion – the way that the gases in each planet's atmosphere swirl together. In the real universe, he explains, Jupiter and Saturn's atmospheres tend to have a banded structure, while Uranus and Neptune look smoother.

Frank says he's never seen images like Baraty's. "They're very cool! Who knew you could do such amazing things with food and a scanner?" Plus, they're getting people interested in space, which is a mission he can always get behind.

While Baraty uses mostly food, sometimes he branches out into other materials, like makeup or chalk for color. "I even used my cat's hair – [it looks] like gas streams coming off the clouds," says Baraty.

Next, he hopes to make a comet. "It's a challenge to create a comet tail, because it has that really diffuse light," says Baraty. "It's hard to create that glowing, fading effect on a glass surface."