Accessibility links
Do TV Cooking Shows Make Us Fat? : The Salt Women who cooked the meals they saw prepared on television weighed more, on average, than those who simply watched, a study shows. The findings challenge the notion that home cooking is always best. 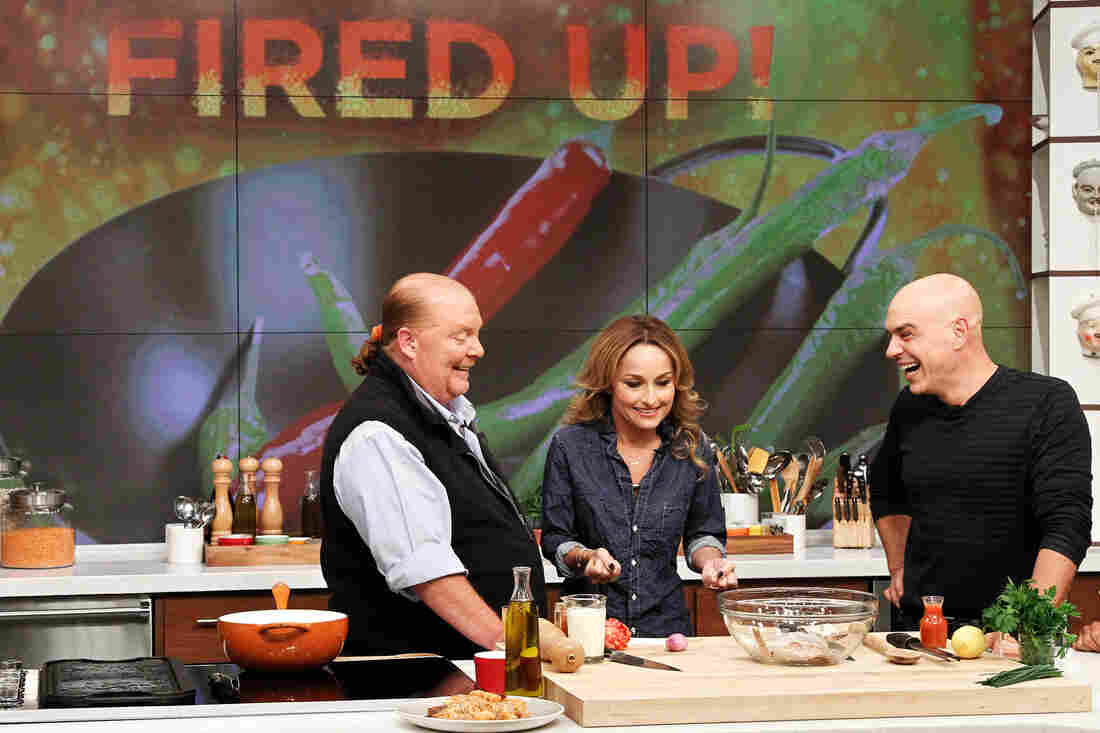 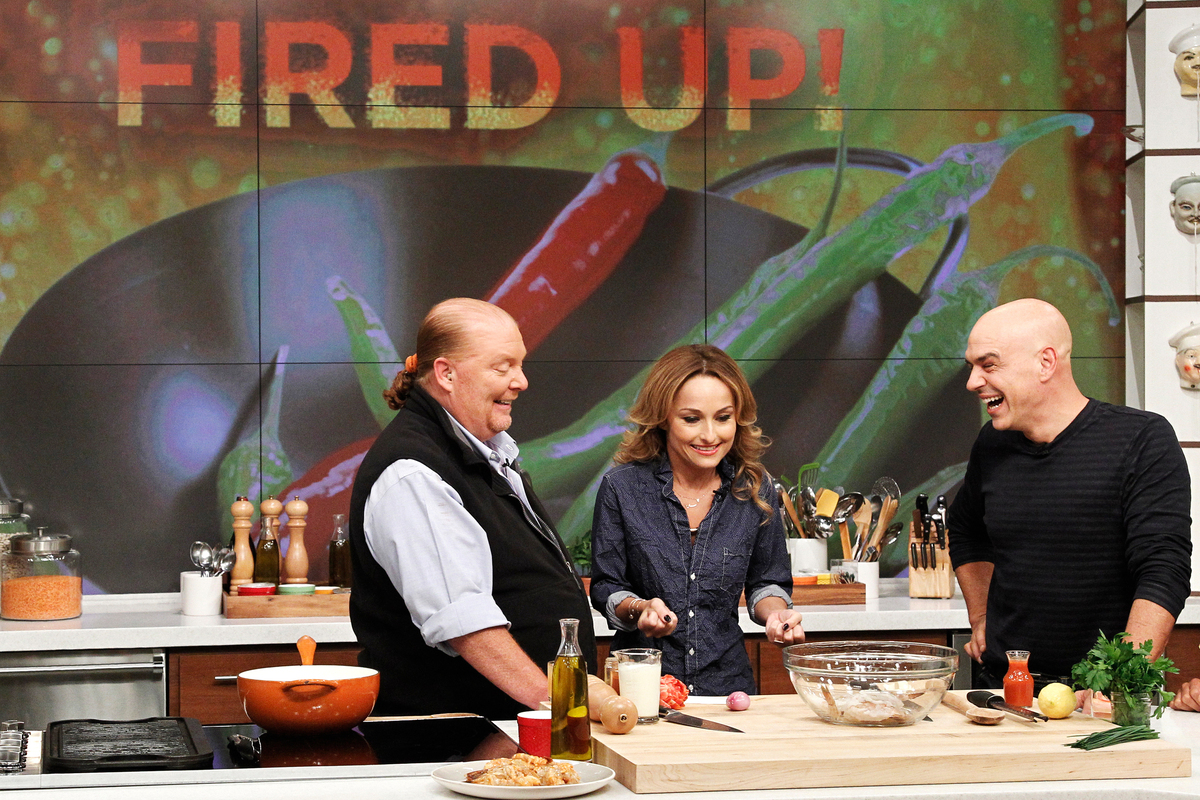 Celebrity chef Giada De Laurentiis during a guest appearance on ABC's The Chew last fall. She can cook rich foods and keep her trim figure, but new research suggests that's a difficult feat for amateur cooks watching along at home.

If you've ever watched Giada de Laurentiis make gooey chocolate-hazelnut spread or a rich carbonara pasta dish, you may have wondered: How can she cook like this and maintain her slim figure?

Well, sorry to say, but a new study published in the journal Appetite suggests that many of of us home cooks who watch cooking shows can't pull this off.

"Our main finding is that it seems that if you watch food television and then actually cook the recipes that you see, you're at risk for having a higher BMI [body mass index]," says study author Lizzy Pope, who's a researcher in nutrition and food science at the University of Vermont.

Pope, along with colleagues at Cornell University, surveyed about 500 women in their 20s and 30s. The researchers asked a range of questions about the women's cooking habits. And they documented the women's weight and height to calculate their BMIs.

"In terms of weight, those who watched cooking shows and cooked frequently from scratch had a mean weight of 164 lbs," according to the paper. By comparison, women who watched the shows but didn't cook much from scratch weighed, on average, about 153 pounds.

"Being a doer," Pope says, "may put you at risk for packing on extra pounds."

This is not the first study to suggest that home cooking can potentially be bad for our waistlines — and perhaps our health.

As we've reported, a study published in the journal Preventive Medicine found that the more time middle-aged women spent cooking at home, the more likely they were to develop symptoms of metabolic syndrome, which increases the risk of heart disease and diabetes.

And these findings challenge the going belief — put forth by advocates such at Michael Pollan — that home cooking, compared to eating out or buying prepared foods, is best.

But Pope says she doesn't want to turn people off to cooking: "As a dietitian, I want to encourage everyone to [cook at home] as often as possible."

But she says you've got to be mindful of how and what you cook. And you may not find inspiration for healthy cooking by watching TV cooking shows.

"If you're just watching Pioneer Woman, or Giada at Home, or Barefoot Contessa — which are great shows that I sometimes watch to relax — they're not necessarily portraying healthy recipes," Pope says.

Take, for instance, de Laurentiis' chocolate hazelnut pie, which is loaded with butter.

"Butter in your kitchen is still butter," Pope says. "And it has the same calories as if you ate it in a restaurant meal."

And, please, we're not trying to pick on de Laurentiis. She's been asked about her rich recipes and her own eating habits. In one interview, she said it's the No. 1 question from fans of her show.

"And the answer is," de Laurentiis is quoted as saying, "I eat a little bit of everything and not a lot of anything. Everything in moderation."