Accessibility links
Why There's A Big Battle Brewing Over The Lean Meat In Your Diet : The Salt Should the government recommend lean meat as part of a healthy diet? That's emerged as a political flashpoint. The panel working on federal guidelines says the evidence on lean meat is muddled. 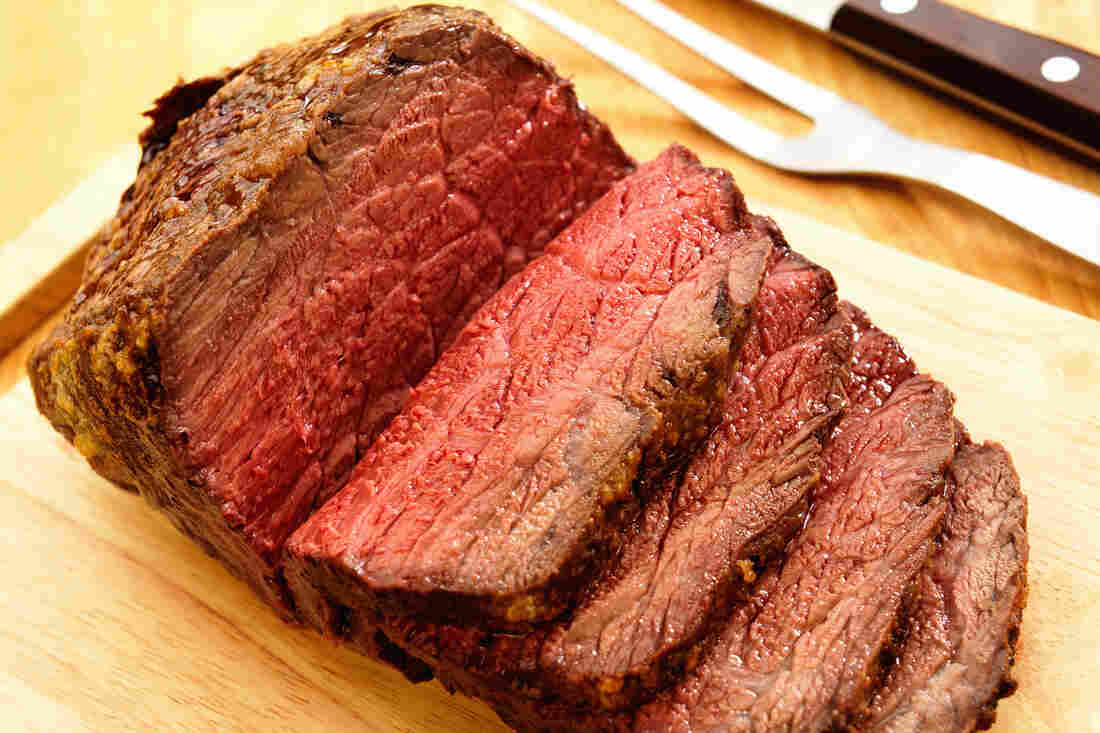 Bottom round roast is one cut of beef that fits the government's definition of "lean." Still, the definition is confusing to consumers, nutrition scientists argue. Paul Polis/Corbis hide caption 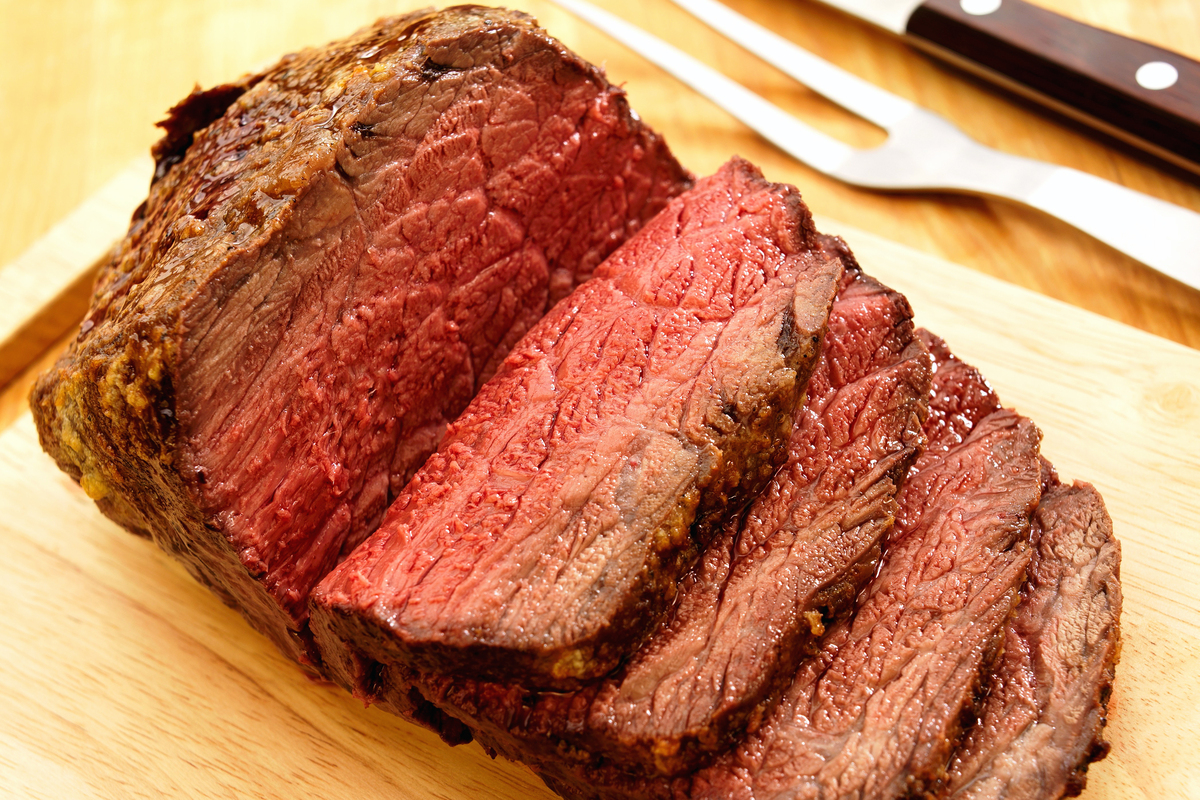 Bottom round roast is one cut of beef that fits the government's definition of "lean." Still, the definition is confusing to consumers, nutrition scientists argue.

Never underestimate the power of a footnote.

When a panel of nutrition scientists tasked with updating the government's guidelines on healthy eating released its 500-plus-page tome on Feb. 19, one particular 52-word footnote threw a wrench into the conventional wisdom on lean meat. It caught the meat industry's eye, and it's created a controversy.

It's no surprise that the Dietary Guidelines for Americans, which get updated every five years, are political. They have huge implications for the food industry, as well as myriad government programs like school lunches.

But this year, the biggest beef is over meat — not just red meat, but poultry, too. The footnote, along with some other words, have worked the industry into a lather that's going to be frothing for months.

At a hearing Tuesday at the National Institutes of Health, meat industry scientists went head to head with public health advocates to parse the legitimacy of the footnote, and its implications for how much meat — and what kind of meat — Americans should be eating. (They'll also be debating where sustainability fits into the equation, which, as we've reported, is another recommendation from the report.)

Here's the line in the note that has the North American Meat Institute particularly upset: "Lean meats can be a part of a healthy dietary pattern."

The industry is emphatic that this statement is true, and it won a 30-day extension to the public comment period on the report to make its case. The problem, its spokespeople tell The Salt, is that this line was in a footnote, as opposed to the main text. And what was in the main text, instead, was this line: "a healthy dietary pattern is ... lower in red and processed meat."

"A significant percent of red and processed meats are classified as lean," Betsy Booren, vice president of scientific affairs for NAMI, tells The Salt. "I feel like they're hiding behind the footnote. It's like a whisper. They're shouting to limit red and processed meat, and whispering about lean."

The panel, meanwhile, says it's comfortable with the message it put out there: essentially, eat less meat, but lean meat can be part of a healthy diet. Still, the panel is cautious about the nutritional evidence on lean meat, noting in its recommendations that "lean meats were not consistently defined or handled similarly between studies."

Tom Brenna of Cornell University, one of the committee members, also maintains that "the definition of lean meat is confusing." And as for lean meat's relegation to a footnote? "I don't read a lot into the use of a footnote," says Brenna.

The NAMI, meanwhile, notes that the U.S. Department of Agriculture's Food Safety and Inspection Service has a legal definition for lean meat: A piece of meat that's 100 grams, for example, can have no more than 10 grams of fat, 4.5 grams or less of saturated fat, and less than 95 milligrams of cholesterol to be called "lean." That definition applies to all meat and poultry products.

"It's ironic because for meat and poultry producers, that definition is really important," says Booren. "To make a lean claim, you have to prove it to the USDA."

But aside from arguing that the definition of lean shouldn't be all that confusing for consumers, Booren wants the USDA and the U.S. Department of Health and Human Services, when they review the report and decide whether to adopt its recommendations, to restore "red and processed meat" to their former status.

Public health advocates, though, are on board with the committee's conclusions, and are defending them today at the hearing.

"The committee said that our diet should be 'lower in red and processed meats' and that we should choose lean meats when we do eat it," Michael Jacobson, executive director of the Center for Science in the Public Interest, wrote Tuesday in a statement. "That's sound advice, because eating red and processed meats is associated with an increased risk of heart disease and certain cancers. The public will be watching to see if the new guidelines reflects solid science ... or self-serving pressure from the meat industry."