Accessibility links
Meet The Cool Beans Designed To Beat Climate Change : The Salt Researchers in Colombia have created new types of beans that can withstand high heat. Many of these "heat-beater" beans resulted from a unique marriage, 20 years ago, of tradition and technology. 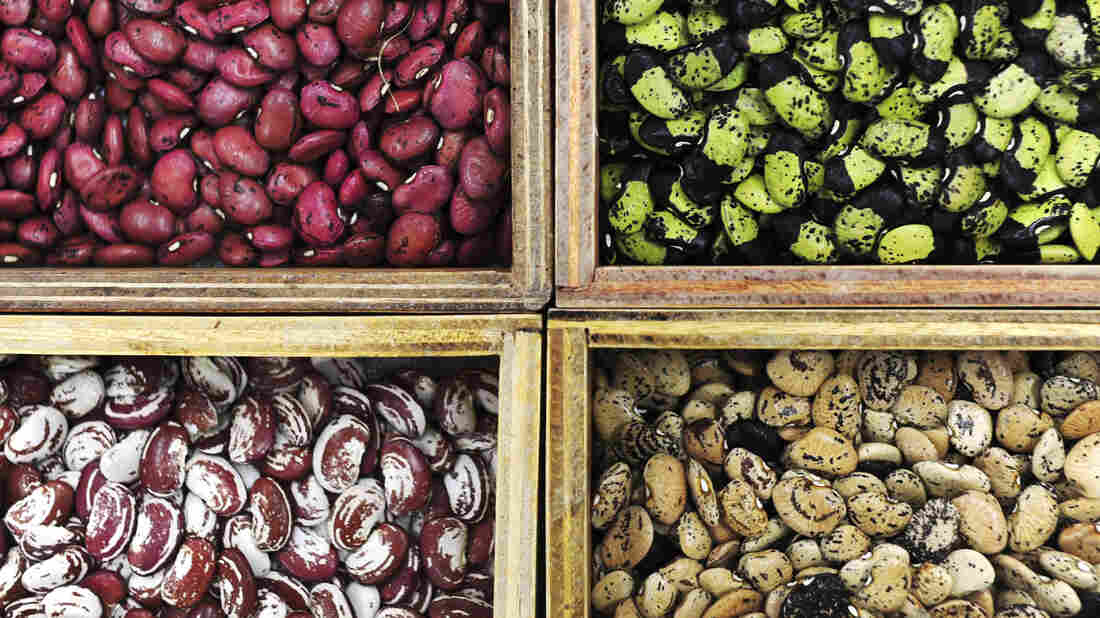 These beans, grown on test plots at the International Center for Tropical Agriculture in Colombia, can thrive in temperatures that cripple most conventional beans. Courtesy of CIAT/Neil Palmer hide caption 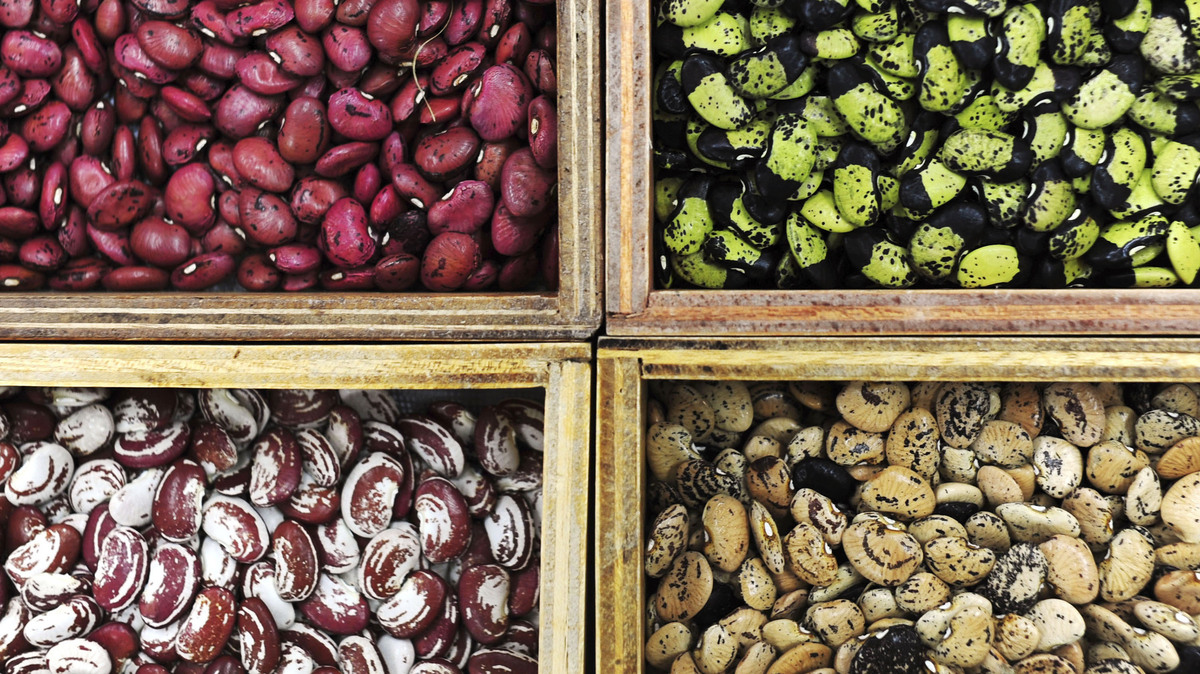 These beans, grown on test plots at the International Center for Tropical Agriculture in Colombia, can thrive in temperatures that cripple most conventional beans.

A planet that is warming at extraordinary speed may require extraordinary new food crops. The latest great agricultural hope is beans that can thrive in temperatures that cripple most conventional beans. They're now growing in test plots of the International Center for Tropical Agriculture, or CIAT, in Colombia.

Many of these "heat-beater" beans resulted from a unique marriage, 20 years ago, of tradition and technology. The matchmaker was a Colombian scientist named Alvaro Mejia-Jimenez. But for almost two decades, his innovation sat on the shelf, unused. 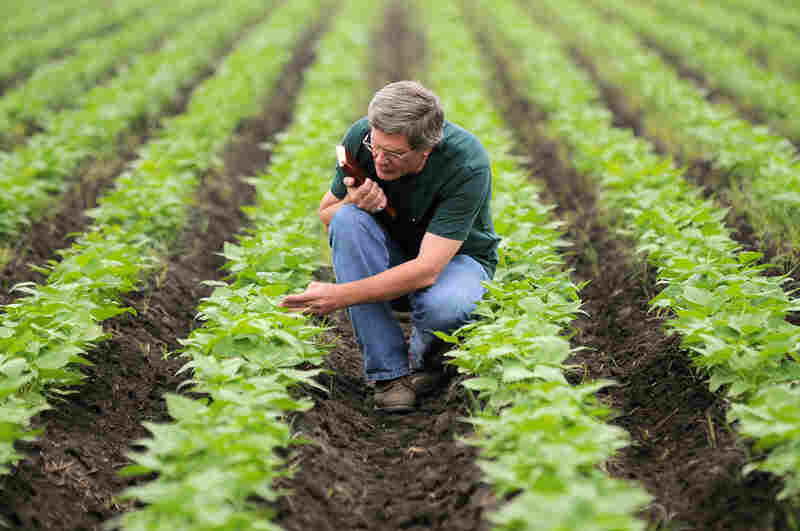 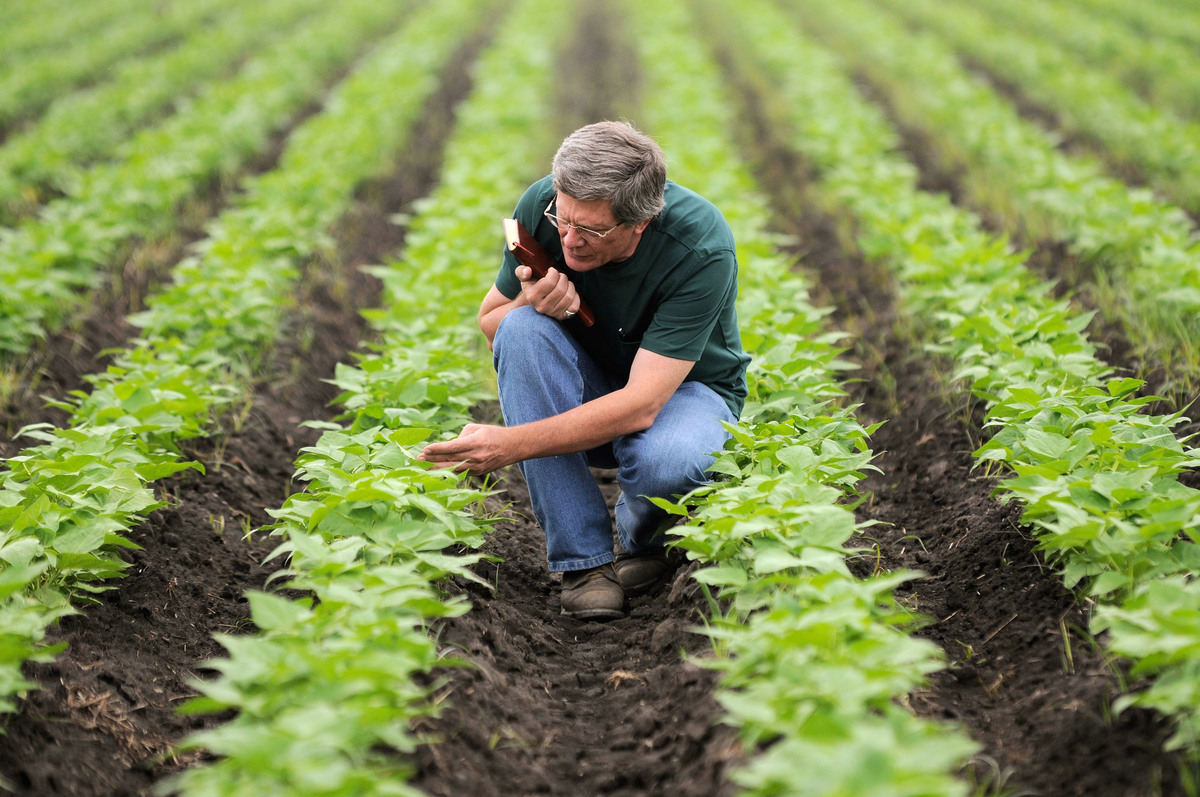 Steve Beebe, leader of CIAT's Bean Program, in a field of experimental bush beans at CIAT's headquarters in Colombia.

Mejia-Jimenez was determined to cross-breed two different types of beans that normally are sexually incompatible: the common bean — a species that includes pinto, black and kidney beans — and the tepary bean, a little-known crop traditionally grown by indigenous communities in the American Southwest.

The tepary bean is no longer widely planted. The beans are small, and the plant doesn't produce very many of them.

"As a crop, it doesn't have a great future," says Stephen Beebe, who leads CIAT's bean breeding program. Beebe spoke to us via Skype from Addis Ababa, Ethiopia.

But this bean does have its defenders. Writer, social scientist and food activist Gary Nabhan has championed it as a vital piece of Southwestern cuisine and culture. (Nabhan wrote his master's thesis on the tepary bean way back in 1978.)

Mejia-Jimenez, meanwhile, was drawn to the small bean's ability to tolerate harsh conditions, such as heat and drought. He wanted to transfer these genetic traits into the common bean.

With persistence and a little help from technology, he succeeded. First, he used pollen from a tepary bean plant to fertilize the flower of a common bean. An embryo formed. In nature, that hybrid embryo would not survive to form a seed, but Mejia-Jimenez stepped in to rescue it. He carefully cut the immature embryo from the plant and placed it in a laboratory dish filled with nutrients, where it grew into a new plant. After several generations of such cross-breeding, he ended up with viable seeds that combined genetic traits from both the tepary bean and the common bean. 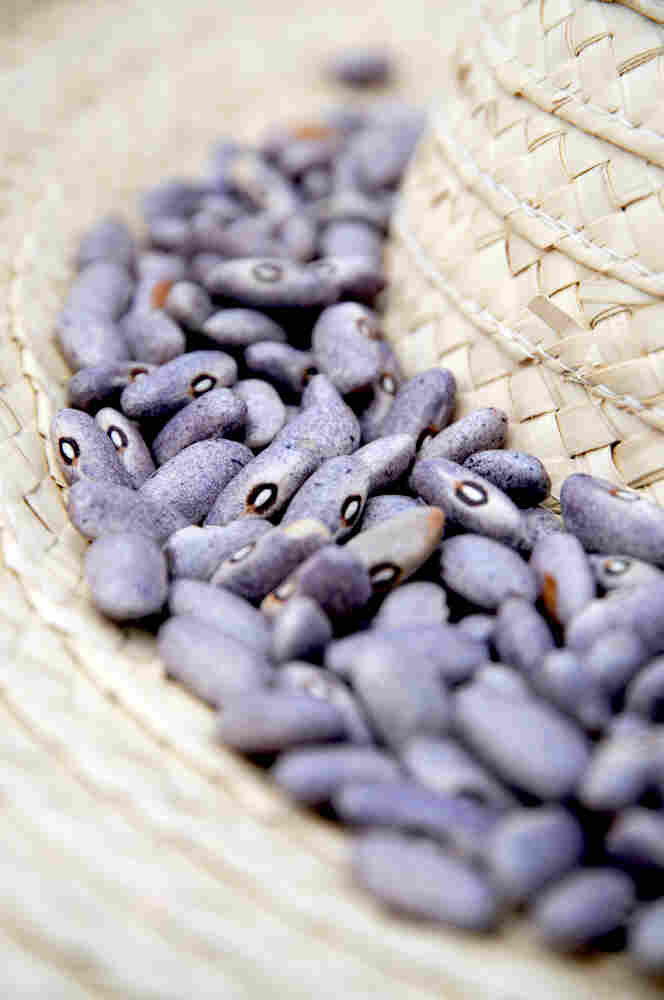 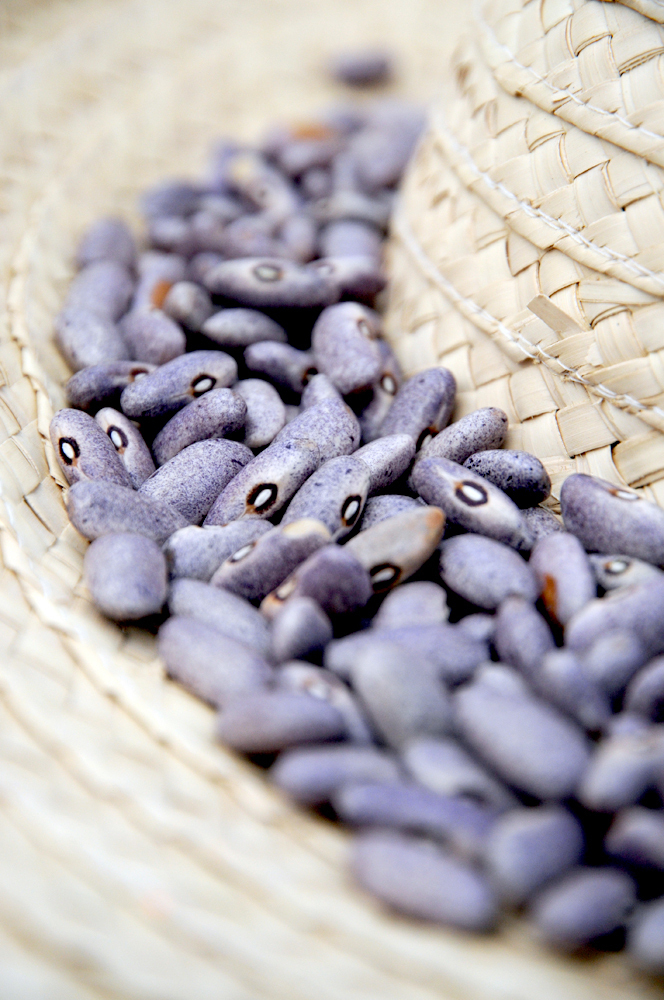 But that, it seemed, was the end of his project. No one saw any particular value in these new genetic combinations until about five years ago, when plant breeders around the world began to focus on the challenges posed by climate change.

Beans, for instance, don't do well when the temperature stays above 66 degrees at night.

An international research network called the Consultative Group on International Agricultural Research sponsored a close look at how rising temperatures might affect bean production. The results were shocking. "It looked like we could lose 50 percent of our cropping area in one generation, by mid-century," says Beebe. This could be a disaster for the estimated 400 million people around the world who rely heavily on beans for nourishment.

CIAT's breeders went through their storage banks of seeds, looking for beans that might do better under such conditions. It tested 1,000 different samples at special hot-weather "screening sites." Many of the best-performing varieties were the novel beans that Mejia-Jimenez had created years earlier. He had succeeded in incorporating the tepary bean's heat hardiness into common beans.

"Thank heavens that we had this crazy guy, years ago, who was doing this," Beebe says.

CIAT has identified 30 specific genetic lines that are able to tolerate night-time temperatures above 72 degrees. This is about seven degrees higher than what's usually tolerated by commonly grown beans today.

According to Beebe, it has been surprisingly easy to move this genetic trait, via cross-pollination, from one variety of common bean to another.

CIAT's researchers discovered that a few of its existing varieties also can tolerate high temperatures. Beebe says in those cases, breeders didn't realize what they had, until they looked. "Sometimes we don't know what we're doing," he says. "We're mixing genes helter skelter. Something combined to produce that heat tolerance, but I can't explain where it came from."

Planting those new varieties has revealed that heat already may be seriously cutting into bean production. Farmers in Nicaragua recently started culitvating one of these black bean varieties — and it produced harvests twice as large as other beans that farmers had been planting. Similar results were observed in Costa Rica. "You put two and two together; they must have some heat stress out there," Beebe says.

CIAT plans to make additional heat-tolerant bean varieties available to farmers in countries around the world, from Latin America to East Africa. A small red bean is almost ready to go; others will take a few more generations of breeding.