Accessibility links
How Snobbery Helped Take The Spice Out Of European Cooking : The Salt Complex, contrasting flavors are a hallmark of Indian cooking. They used to dominate Western food, too. What changed? When spices became less exclusive, Europe's elite revamped their cuisines.

A 16th century woodcut shows the interior of a kitchen. In medieval Europe, cooks combined contrasting flavors and spices in much the same way that Indian cooking still does today. Paul Lacroix/Wikimedia hide caption

A 16th century woodcut shows the interior of a kitchen. In medieval Europe, cooks combined contrasting flavors and spices in much the same way that Indian cooking still does today.

My father usually starts off his curries by roasting a blend of cinnamon, cardamom, coriander, anise, cumin and bay leaves. Then he incorporates the onions, garlic and ginger — and then tomatoes and chilies and a touch of cream.

The North Indian cuisine I grew up eating is about melding together distinct, disparate flavors and building up layer upon layer of spice and seasoning. Much of European cuisine, by contrast, is about combining complementary flavors — think potatoes with leeks, or scallops with white wine.

A recent study tried to explain the divide in Eastern and Western culinary philosophy through some nifty data crunching. Researchers from the Indian Institute for Technology in Jodhpur looked up the ingredient lists for more than 2,000 Indian recipes. They then analyzed the chemical components of these ingredients, looking at the compounds that, when combined, give foods their taste.

They concluded that what makes Indian cuisine so exquisite is its tendency to bring together lots of different ingredients with flavor molecules that don't overlap.

That's quite different from how Western cuisine works — previous research has shown that it relies on pairing ingredients that, at the molecular level, share lots of similar flavor compounds.

While some have praised the new research for revealing the secret to why Indian cuisine is so delicious, this notion of layering many contrasting flavors and spices isn't unique to Indian cooking.

In fact, most of the world's cuisines tend to follow that principle, says Tulasi Srinivas, an anthropologist at Emerson University who studies food and globalization. And up until the mid-1600s, European cuisine was the same way.

In medieval Europe, those who could afford to do so would generously season their stews with saffron, cinnamon, cloves and ginger. Sugar was ubiquitous in savory dishes. And haute European cuisine, until the mid-1600s, was defined by its use of complex, contrasting flavors.

"The real question, then, is why the wealthy, powerful West — with unprecedented access to spices from its colonies — became so fixated on this singular understanding of flavor," Srinivas says.

The answer, it turns out, has just as much to do with economics, politics and religion as it does taste. 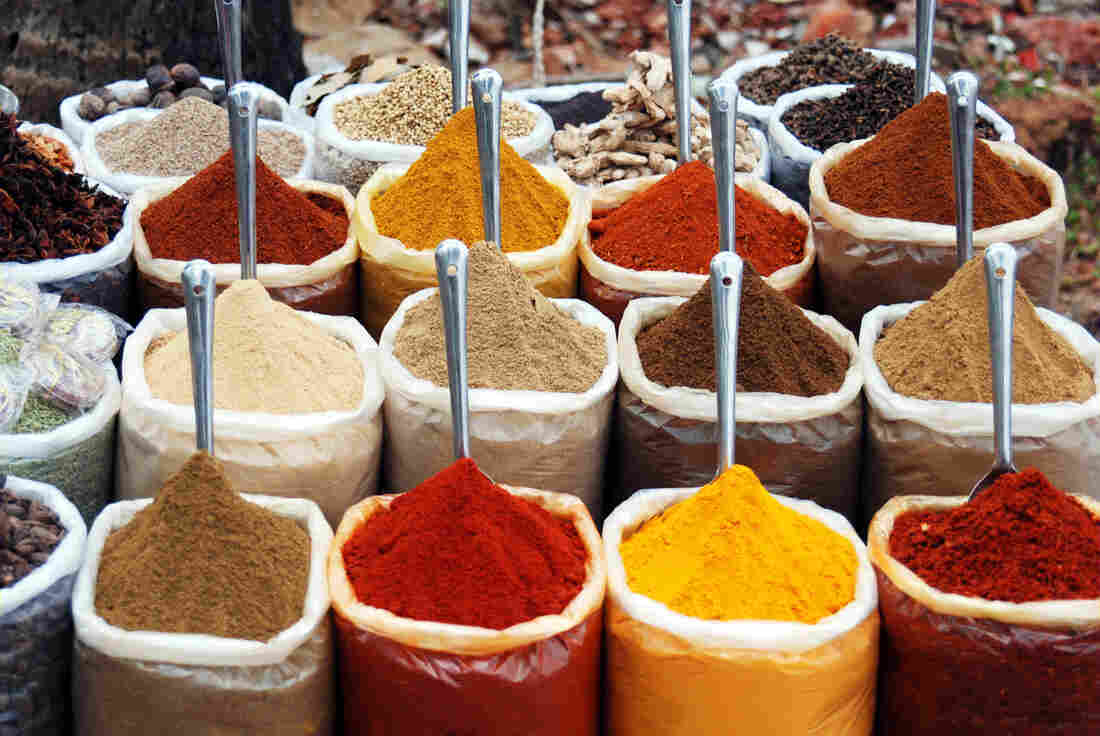 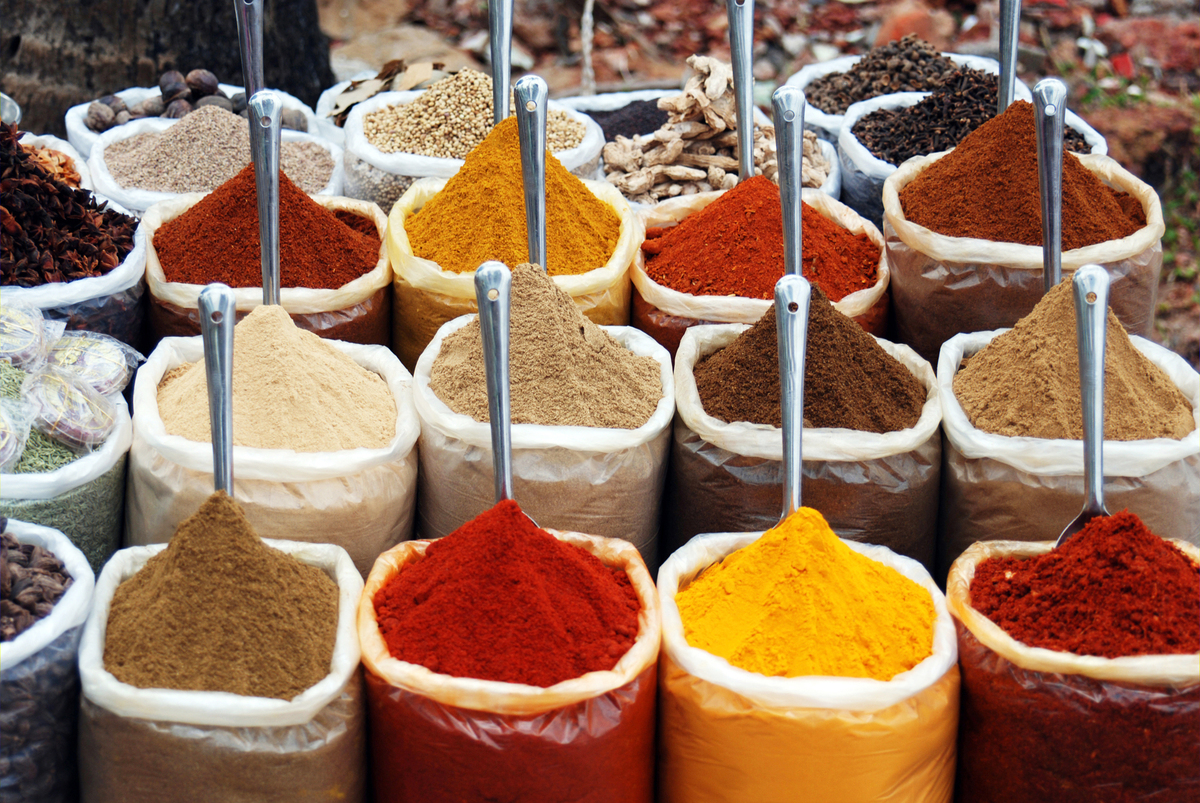 Indian spices for sale at the Anjuna flea market in Goa, India.

Haute Cuisine And The Price Of Pepper

Back in the Middle Ages, spices were really expensive, which meant that only the upper class could afford them. But things started to change as Europeans began colonizing parts of India and the Americas.

"Spices begin to pour into Europe," explains Krishnendu Ray, an associate professor of food studies at New York University. "What used to be expensive and exclusive became common."

Serving richly spiced stews was no longer a status symbol for Europe's wealthiest families — even the middle classes could afford to spice up their grub. "So the elite recoiled from the increasing popularity of spices," Ray says. "They moved on to an aesthetic theory of taste. Rather than infusing food with spice, they said things should taste like themselves. Meat should taste like meat, and anything you add only serves to intensify the existing flavors."

The shift began in France, in the mid-1600s, adds Paul Freedman, a professor of history at Yale University. "It was a way to also show off the wealth of the French provinces," Freedman says.

The rest of Europe soon adopted this new style. "It's a redefinition of what elegant is," Freedman says. "It's sort of like — in fashion — for a while having more frills, more jewelry was fashionable. But then someone said that a basic black dress with some pearls is much better."

European ideas about diet and medicine began changing in the 17th century as well.

"In the Middle Ages and in antiquity, Europe had had a theory of humors that was similar to medical philosophy in India," says Rachel Laudan, a food historian and visiting professor at the University of Texas, Austin.

Both Indians and Europeans believed that certain energies circulating within the body affected both general health and mood. And by eating the right foods, people believed that they could balance out these bodily energies.

"So, for example, if you were slow and lethargic, you could be pepped up by eating hot spices," Laudan explains. "But if you were impetuous, you would want to eat more cooling flavors."

With the rise of Protestantism in Europe came another theory: that digestion is a matter of fermenting food. "Now the theory was that you want to eat things like fresh vegetables and greens, and fresh herbs that can be rapidly assimilated in the body because they ferment easily," Laudan says.

Dining After 'Downton Abbey': Why British Food Was So Bad For So Long

With this new way of thinking, spices lost their medicinal value. It's not that Europeans rejected flavorful ingredients altogether, Laudan says. "It's just that they began using a different set of ingredients."

And there was another shift, Laudan says: "There was a shift in the nature of sauces."

"Indian sauces — and many sauces in the world — are basically purees with flavors and spices," she says. "In Europe, they go over to sauces that are based on meat stock."

For Indian and Asian chefs, the sauce or curry was the star. In India, Jains — and many Hindus — don't eat meat. And in general, most Indians believed that meat was unclean and inelegant, so the goal was, in part, to cover up the fleshiness of meat by thoroughly infusing it with spice.

"In Europe, meat was considered the manliest, strongest component of a meal," Laudan notes, and chefs wanted it to shine. So they began cooking meat in meat-based gravies, to intensify its flavor.

To a large extent, the move toward subtler flavor pairings was permanent. And the results of this shift have been scrumptious. French gastronomy has long been prized as the epitome of culinary expression (though its supremacy is no longer a given).

But hints of the older, medieval way of cooking still remain in Western cuisine.

"Think of a barbecue sauce — very medieval," says Ken Albala, a professor of culinary history at the University of the Pacific, in that it's sweet and sour and full of an array of spices and flavorings. "We do like contrasting flavors."

In the last century, Westerners adopted a few Asian ideas about spice and contrast as well. After colonizing India, the British developed a taste for curry that they still haven't shaken. The Brits often serve their fries with curry sauce. And chicken tikka masala — an Anglicized version of a North Indian curry — is so popular in the U.K. that in 2001, British Foreign Secretary Robin Cook declared that it was Britain's national dish.

The big data crunching is interesting, Albala notes, but it doesn't tell the whole story.

"What's been done so far is very superficial," he writes in an email. "And it doesn't account for all the cultural, social, economic, political reasons people eat what they do."

This story has been updated to clarify that India's Jains don't eat meat.