Accessibility links
Guess What Makes The Cut As A 'Smart Snack' In Schools? Hot Cheetos : The Salt Frito-Lay has reformulated Flamin' Hot Cheetos to meet new federal nutrition standards for school snacks. That's been a big hit with school kids, but the rules' creators say the snack is still junk. 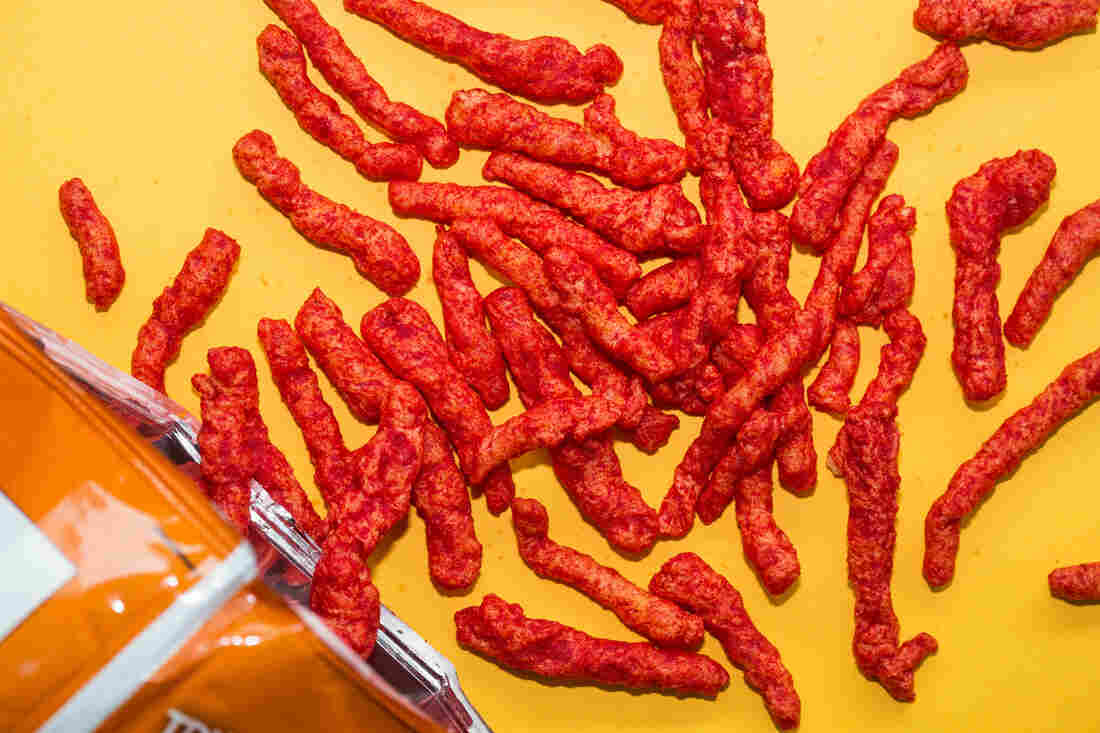 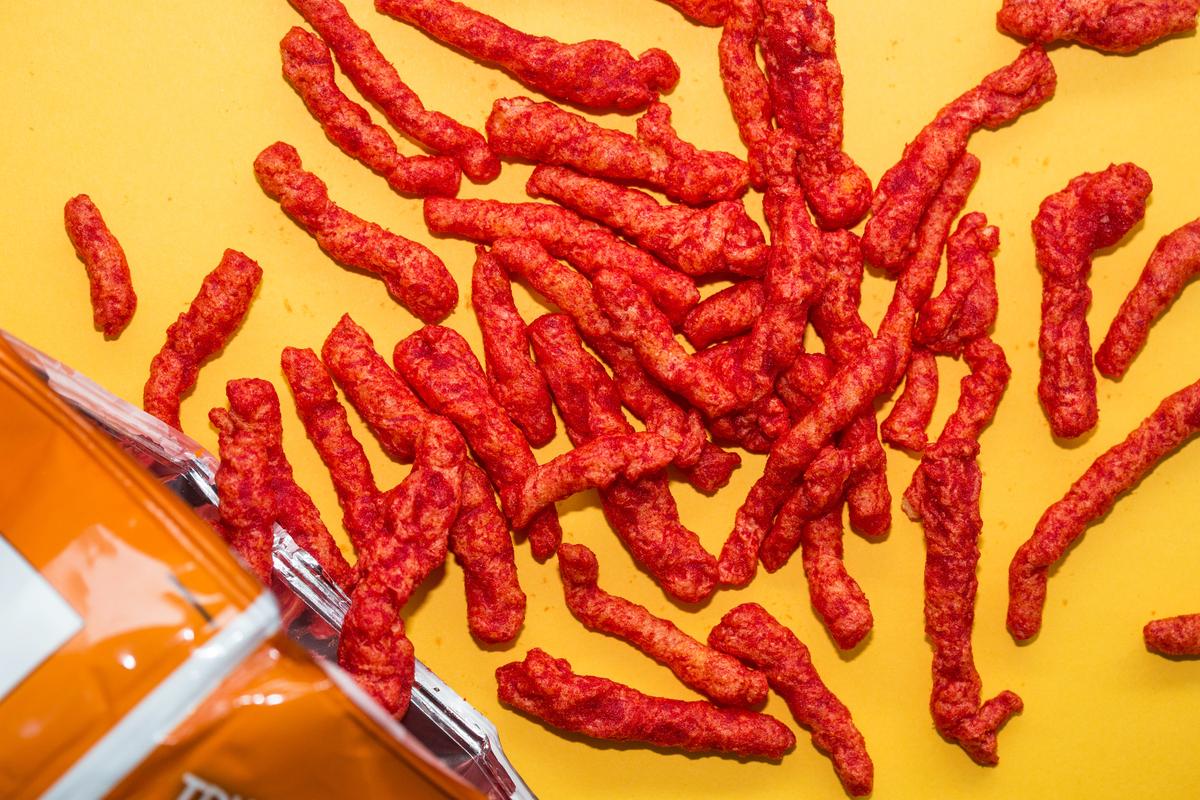 Flamin' Hot Cheetos might conjure a lot of descriptors: spicy, crunchy, unnaturally fiery red. But it's a good bet that "healthy" didn't exactly spring to mind.

Yet it turns out that those fiery Cheetos beloved by school children (some kids even made an epic rap paean to Hot Cheetos a few years ago) actually qualify as a "Smart Snack" under revised federal nutrition guidelines for schools.

The Obama administration rolled out the new guidelines last year in a bid to limit the amount of junk food kids eat in school, but nearly half of all U.S. states have formally rejected the standards as too strict. Some legislators think the rules make it too hard for schools to raise money through snack sales at vending machines.

But at Chicago's Whitney Young High School, Flamin' Hot Cheetos remain among the most popular snacks sold. "They're good, like, they just taste delicious," says Cashari Norwood, a junior at the school. "And like, I'm a vegetarian and so sometimes, I just want to eat something that's good, and I can't even really get that here."

Reporter Luke Burbank explored the deep love school kids have for the spicy snack in this 2006 story. It's kind of a radio classic.

These aren't just any Flamin' Hot Cheetos. They're a reformulated version with less fat, less salt and more whole grains. But is that really what the scientists at the Institute of Medicine had in mind when they wrote the recommendations that would become the Smart Snack rules?

"Well, probably not," says Virginia Stallings, a professor of pediatrics at the Children's Hospital of Philadelphia. She chaired the committee that helped make the federal rules.

"I thought the top sellers might be things that had more nutrients in them than Flamin' Hot Cheetos," she says. "But let me say that one of the things we were absolutely expecting and appreciate is that the food companies would look at these recommendations and they would, in fact, reformulate their products."

"If you set up nutrition standards," Nestle says, "the food industry can do anything to meet those standards, and this is a perfect example of that. So this is a 'better-for-you' junk food and, of course, the question is, is that a good choice? And no, of course, it's not. "

When asked to discuss the issue, Cheeto maker Frito-Lay wouldn't grant an interview. Instead, the company wrote, "we offer a variety of Smart Snack compliant products in schools in portion-controlled sizes to suit a variety of tastes, including the Reduced Fat, Whole Grain Rich Flamin' Hot Cheetos."

The U.S. Department of Agriculture, which administers the program, said it couldn't comment on the wisdom of Cheeto sales, but that its new standards have already "helped kids across the country eat healthier."

Still, it's not just kids who are drawn to the freakishly orangey-red snacks. For cash-strapped school administrators, Cheetos can deliver plenty of green. In Chicago, schools get a 20 percent commission on all sales. So why not stock this teenage favorite?

"Because schools have an obligation to teach children how to be successful adults," says Rochelle Davis, executive director of Chicago's Healthy Schools Campaign. "And learning about how to be healthy is a critical part of that."

Whitney Young High School junior Paloma Ruiz thinks it would be pointless to take Flamin' Hot Cheetos out of the machines. "Because it's really up to the kids," Ruiz says. "You can't really control what they eat, because at Whitney Young, you can still go out for food. And so if they didn't sell it at school, they could still go outside and get it."

Stallings says she sees the Smart Snacks rules as an incremental step toward school snacks that she hopes may one day feature more fruits, nuts and whole grains.

But in a nation that still can't even agree on this first step, the Cheetos may remain a staple of the high school experience for some time to come.