Accessibility links
Grocery Stores Are Losing You. Here's How They Plan To Win You Back : The Salt Grocers are losing customers to smaller markets, convenience stores and online shopping. The competition is forcing chains to innovate with in-store restaurants, delivery service and more. 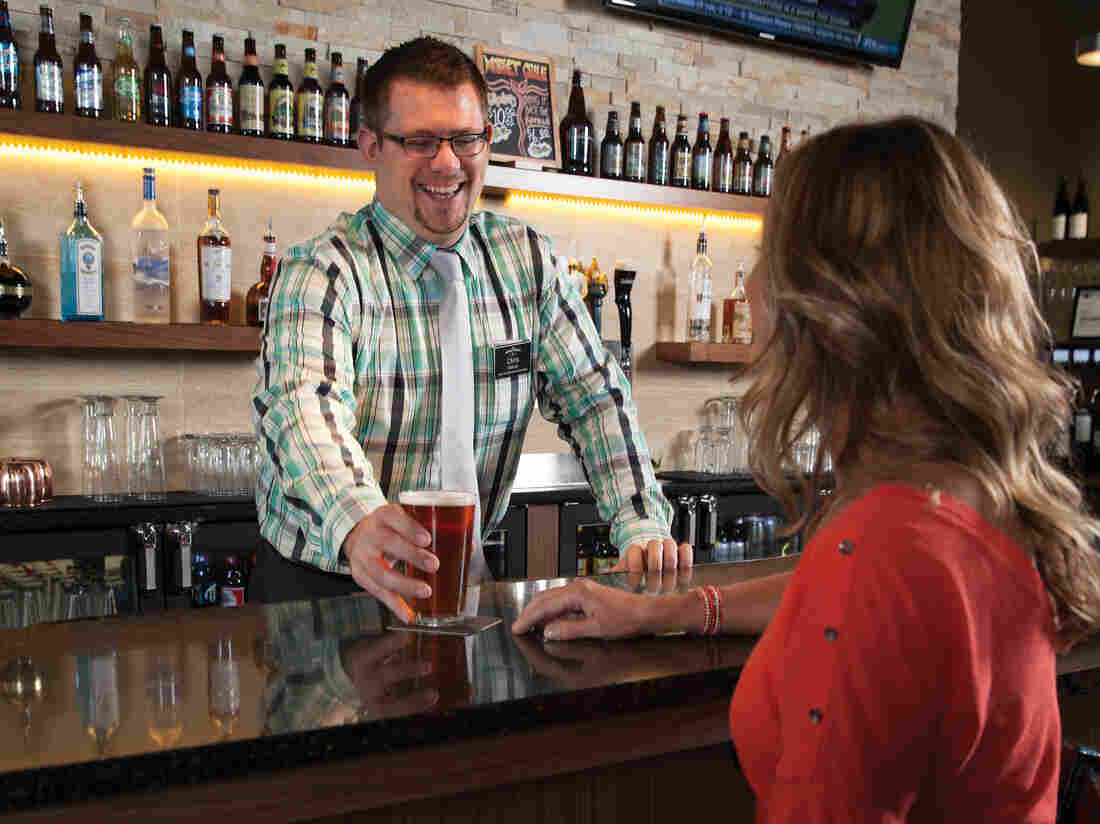 A little booze can't hurt: The Hy-Vee grocery chain has added a Market Grille to several of its locations in the Midwest and Great Plains. You can order drinks and dinner before or after you do your grocery shopping. Courtesy of Hy-Vee Market Grille hide caption 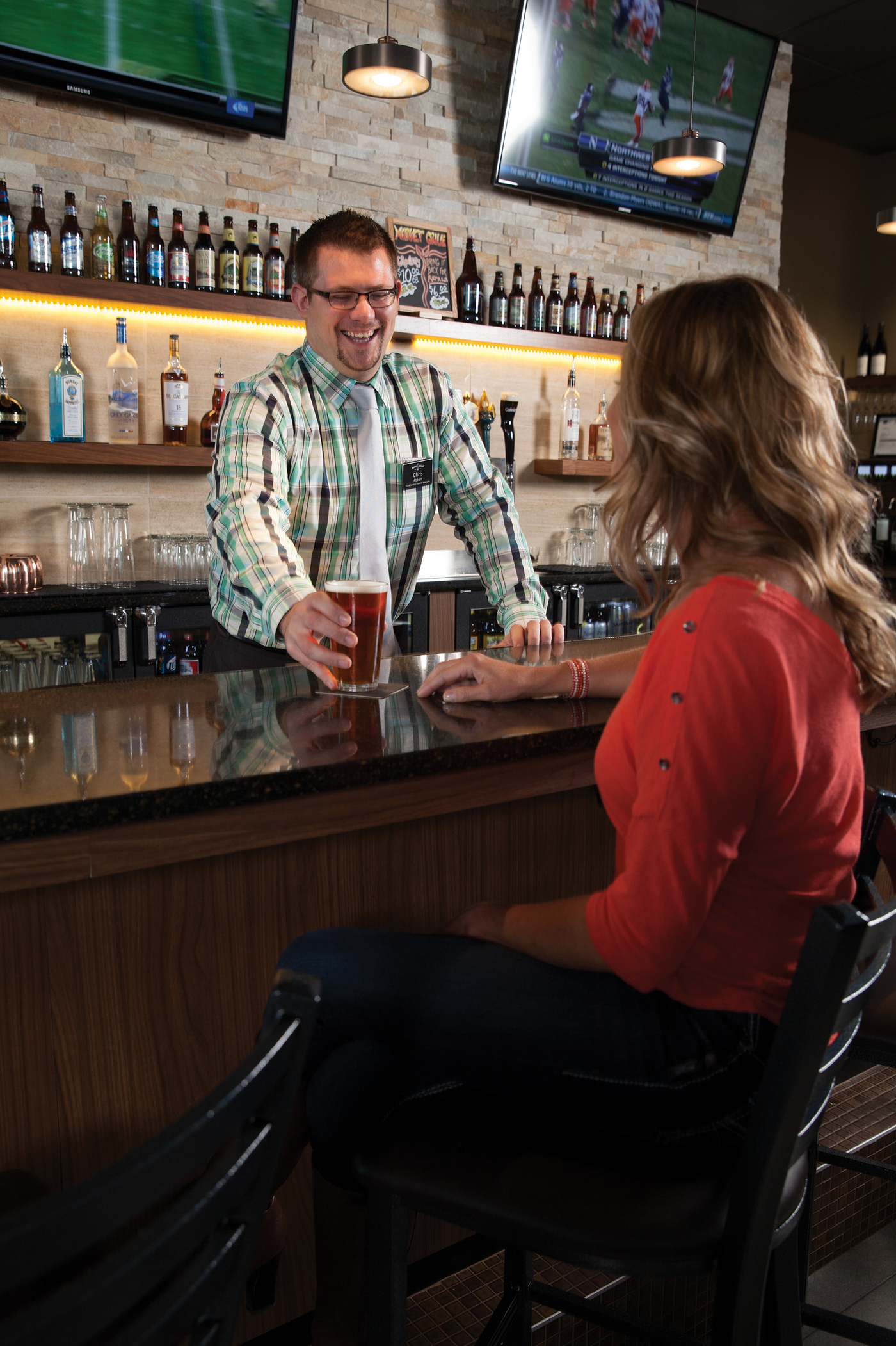 A little booze can't hurt: The Hy-Vee grocery chain has added a Market Grille to several of its locations in the Midwest and Great Plains. You can order drinks and dinner before or after you do your grocery shopping.

If pushing a cart up and down the lengthy aisles of your neighborhood supermarket — past dozens of brands of packaged cereal and crackers lit by fluorescent lights — feels overwhelming and soul-sucking, you're not alone.

But there's some good news: The days of shopping this way may be numbered.

Here's why. Traditional grocers are increasingly losing market share — some 15 percent in the past 10 years — to more nimble competitors like smaller markets, convenience stores, farmers markets and even dollar stores. That, along with the rise of online food shopping, is forcing the old-school grocers to innovate in ways that should yield a better overall experience for consumers down the road.

"The bottom line is that for the supermarket to survive and prosper and grow, it's going to have to offer more services," says Phil Lempert, a consumer behavior analyst who tracks these trends on his site SupermarketGuru.

He spoke about the "grocery wars" and where the sector is headed in the next 10 years earlier this month at SXSW. (We couldn't make it to his panel, so we got him to bend our ear afterward.)

Lempert illuminated for us five ways in which grocery chains are evolving (that don't involve fluorescent lights).

Some companies are adapting faster than others. But Lempert says most big grocery chains have realized that if they're going to win back some of the shoppers who have drifted away, they're going to have to get a lot more creative and flexible.

1. The "groceraunt." Maybe you've seen delis and cafes flanked by seating areas pop up in national chains like Safeway and Whole Foods. But what about a full-service restaurant?

Meet the "groceraunt," where the food is supposed to be tempting enough to get you to sit down to a meal before or after you pick up the milk and eggs. At Market Grille, the restaurant inside several locations of the Hy-Vee chain in the Midwest and Great Plains, you can order sushi, steak, brunch and maybe even on-tap apple cider.

In Illinois, the Mariano's grocery chain now features an oyster bar and a barbecue stall, which the Chicago Reader described as "supermarket barbecue that's better than it should be."

And in the Twin Cities, the Lunds and Byerlys chain has its Minnesota Grille, along with a Lunds and Byerlys Kitchen with "prepared food offerings, a wine and beer bar, a tailored selection of groceries and more all in one space."

2. Smaller stores. The average grocery store size started shrinking from about 45,000 square feet three years ago, after decades of increasing year after year.

As we've reported, part of that trend is about the return of greengrocers to cities: new versions of the neighborhood market or bodega that stock mostly high-end and local foods in spaces smaller than the produce section of the supermarket. 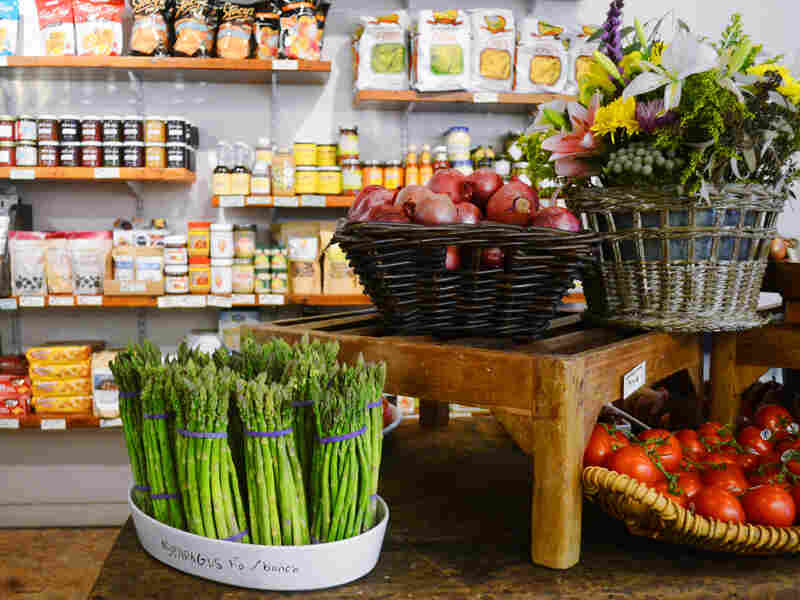 Each Peach Market in Washington, D.C., is one of a growing breed of small, urban greengrocers. Maanvi Singh/NPR hide caption 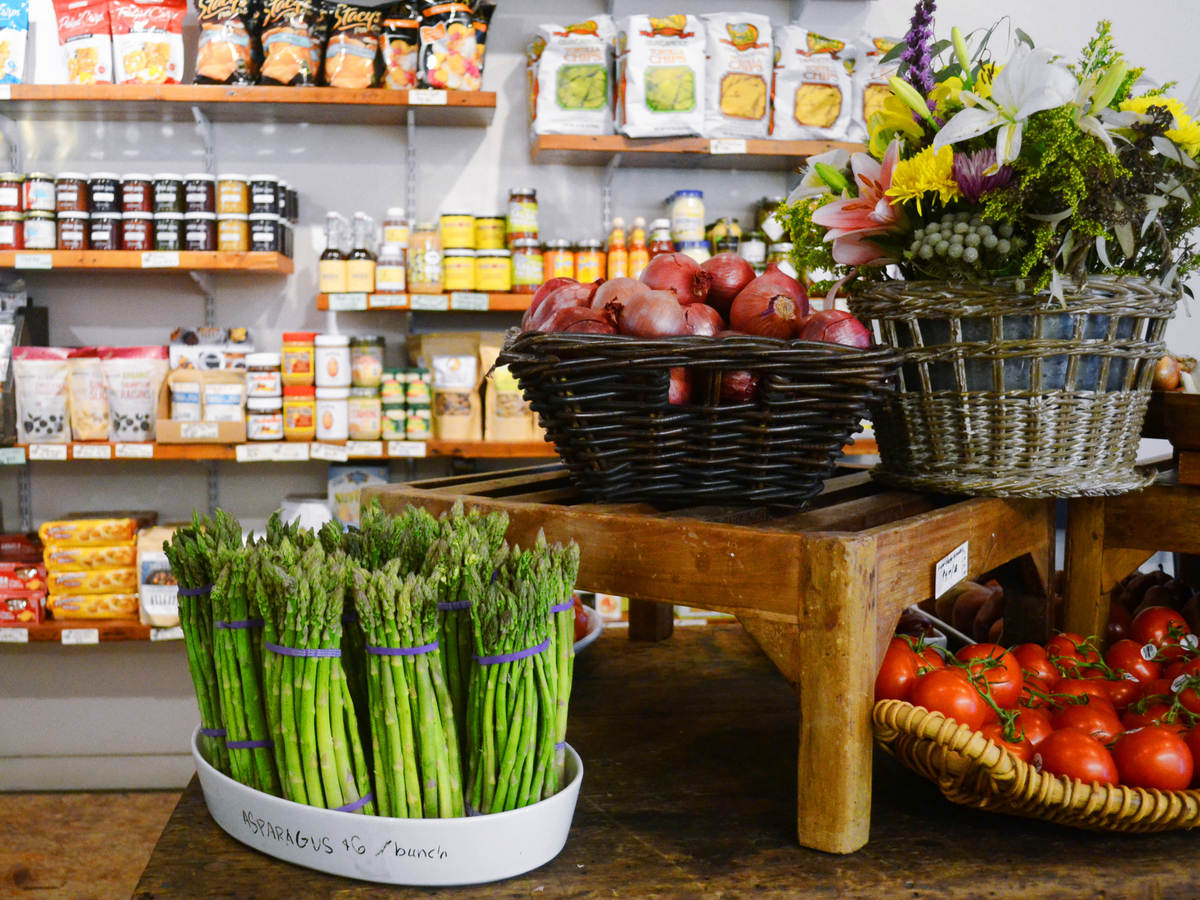 Each Peach Market in Washington, D.C., is one of a growing breed of small, urban greengrocers.

Why is this format taking off? Turns out, consumers may not actually want to have to choose among 10 brands of olive oil that are all pretty much the same (and unlikely to make us happier, a la The Paradox of Choice). Rather, it may be more pleasing to choose between two bottles that are distinct in quality, flavor or price.

The big retailers have noticed these small markets encroaching on their turf and are making moves to get smaller, too. According to Lempert, Wal-Mart, Lunds and others are prototyping smaller stores. And Cincinnati-based grocery chain Kroger has been experimenting with a 7,500-square-foot format in Columbus, Ohio, that's a sort of hybrid between a supermarket and a convenience store.

3. More services. Lempert notes that many consumers don't need or want all their food under one roof anymore — they're willing to go from the farmers market to the wine shop to the butcher.

How can grocery stores stay relevant, then? Maybe by hiring a really good fishmonger. 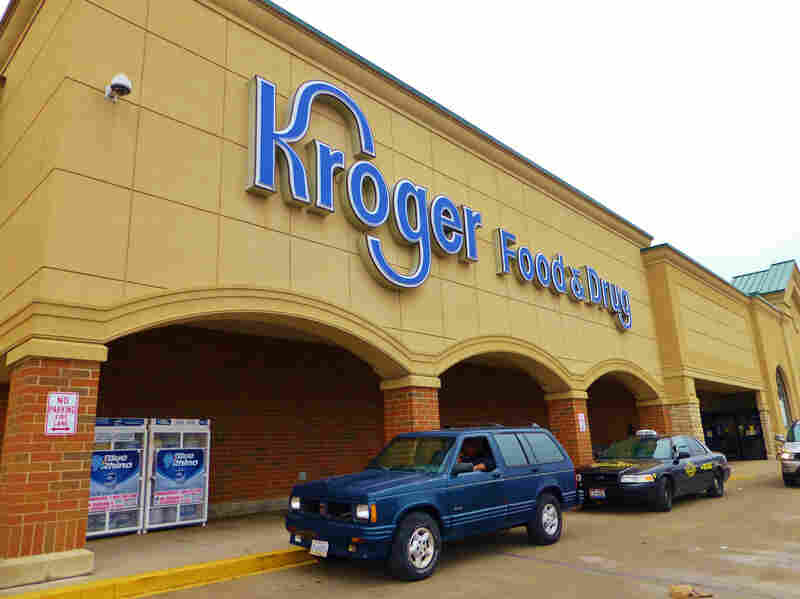 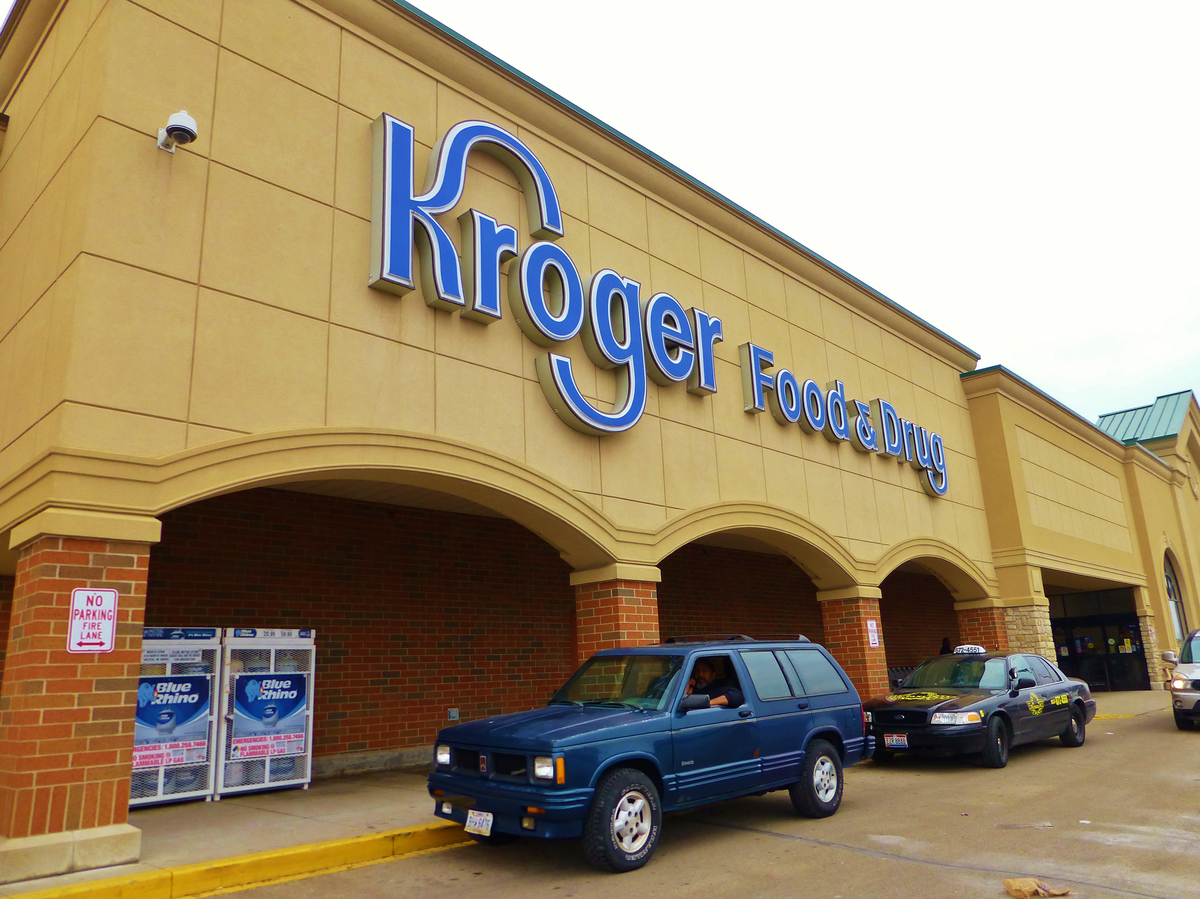 Most chains sell meat and fish that's been filleted and sliced and wrapped up off-site. But more are starting to install skilled butchers and fishmongers to cut meat right there in the store. They're also hiring trained chefs, sommeliers and registered dieticians to guide shoppers to more healthful choices. Lempert points to Hy-Vee Market, which has hired several chefs trained at the Culinary Institute of America to cook its prepared food, and two dieticians who lead weight management programs.

4. Catering to millennials. Corporate America is smitten with millennials, who seem to be leading food trends. And grocery chains are no different.

According to Lempert, the big chains are trying entice millennials with the foods they want — local, craft and fermented foods, and big international flavors (i.e., kimchi) — when they want them. Millennials also want "connection and community," which stores can foster with seasonal events, tastings and cooking demos, Lempert says.

5. More ways to get your groceries delivered. Another thing about millennials: They may want to avoid the store entirely and have their groceries dropped off.

To keep them and other online shopping enthusiasts as customers, grocery chains are partnering with tech companies like Instacart, Google Express, Amazon and Uber, which send couriers to stores to pick up groceries and then deliver them within an hour.

And while most consumers will continue to go to the store to select their tomatoes and bread themselves, Rosenheim Advisors reported in December 2014 that the food tech sector is booming. "More than $1.6 billion was invested [in 2013] into food-related tech companies, up 33 percent from $1.2 billion in 2012," it noted.

Will all these efforts win customers back? That's unclear, says Lempert. "To be successful, a retailer has to know its consumer. And these days, every neighborhood is different. The days of every store having an identical assortment of food are over."