Accessibility links
Hold The Mammal: Daring To Make Dairy-Free Cheese From Nuts : The Salt A new generation of cheese-makers is culturing the milk of nuts like almond and cashew with bacteria. The idea is to give the cheese more umami taste than what many other vegan products have.

Hold The Mammal: Daring To Make Dairy-Free Cheese From Nuts

Hold The Mammal: Daring To Make Dairy-Free Cheese From Nuts 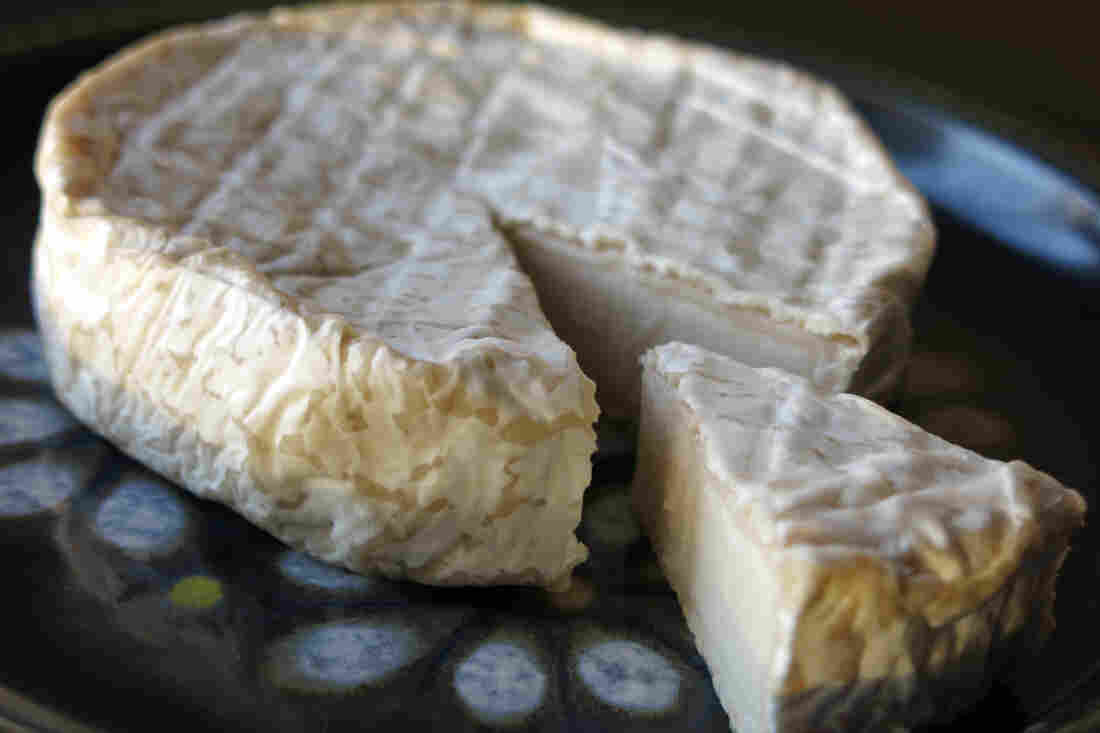 Kite Hill's "soft-ripened" cheese made from almonds develops a bitter rind like that on Brie cheese. Alastair Bland for NPR hide caption 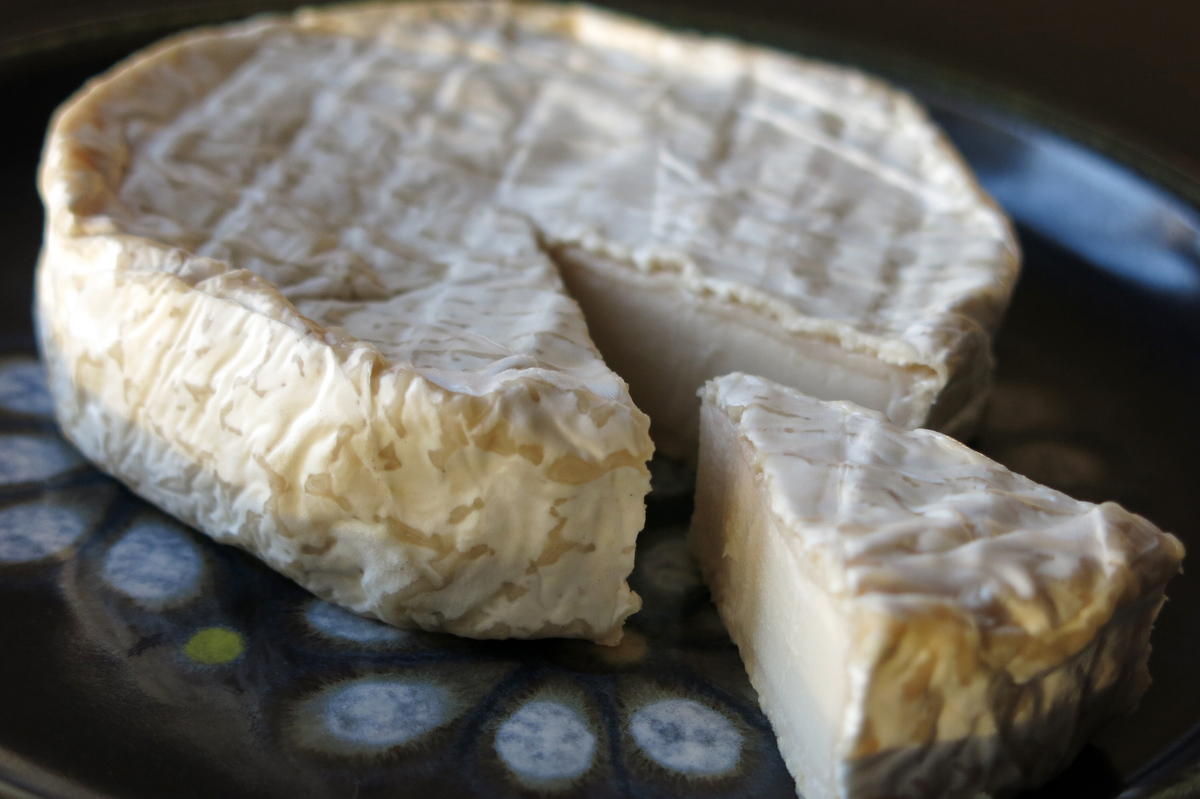 Kite Hill's "soft-ripened" cheese made from almonds develops a bitter rind like that on Brie cheese.

On the fringes of the cheese world, a quest for non-dairy cheese that tastes like the real thing has been underway for years.

Products made mostly of soy protein or coagulated palm oil, often heavily processed and artificially flavored, have dominated the (very) narrow vegan cheese section of the supermarket. But these products have long underwhelmed the palate with their thin flavor and reluctance to melt on a hot pizza.

Now, as lactose intolerance and environmental and animal welfare concerns about livestock production drive more interest in alternatives to animal products, a new generation of non-dairy cheese makers is doing something novel: They're actually making cheese.

What The Camembert Rind Does For The Cheese Inside

Will Environmentalists Fall For Faux Fish Made From Plants?

OK, so they're not using milk from mammals. But by culturing the milk or puree from tree nuts with the same bacteria used by dairy cheese makers, and letting it mature, companies like Kite Hill, Treeline Cheese and Punk Rawk Labs have turned the scramble for a decent-tasting vegan cheese replacement into something crafty. And pretty tasty.

At Kite Hill, the cheese-making starts with grinding the nuts with water and then separating out the solids to make almond milk.

"And at that point forward, it's almost exactly the same process as dairy cheese-making," says Kite Hill's CEO Matthew Sade, whose line includes a crusted Brie-like cheese and a smooth chevre-like cheese. Sade cultures the almond milk with Lactobacillus acidophilus, bacteria that has assisted cheese and yogurt makers for ages by turning the sugar in the milk into lactic acid. It's part of the key to giving good cheese its tang.

Once cultured, the milk forms curds, which settle into a molded shape. At this stage, the cheese can be aged for several days or weeks. Kite Hill's "soft-ripened" cheese actually develops a bitter rind very much like that on a piece of Brie. The soft interior is creamy, with a tart cheesy bite and a distinct essence of almond. Kite Hill's fresh cheese is tart, cool and smooth, like mild goat cheese. 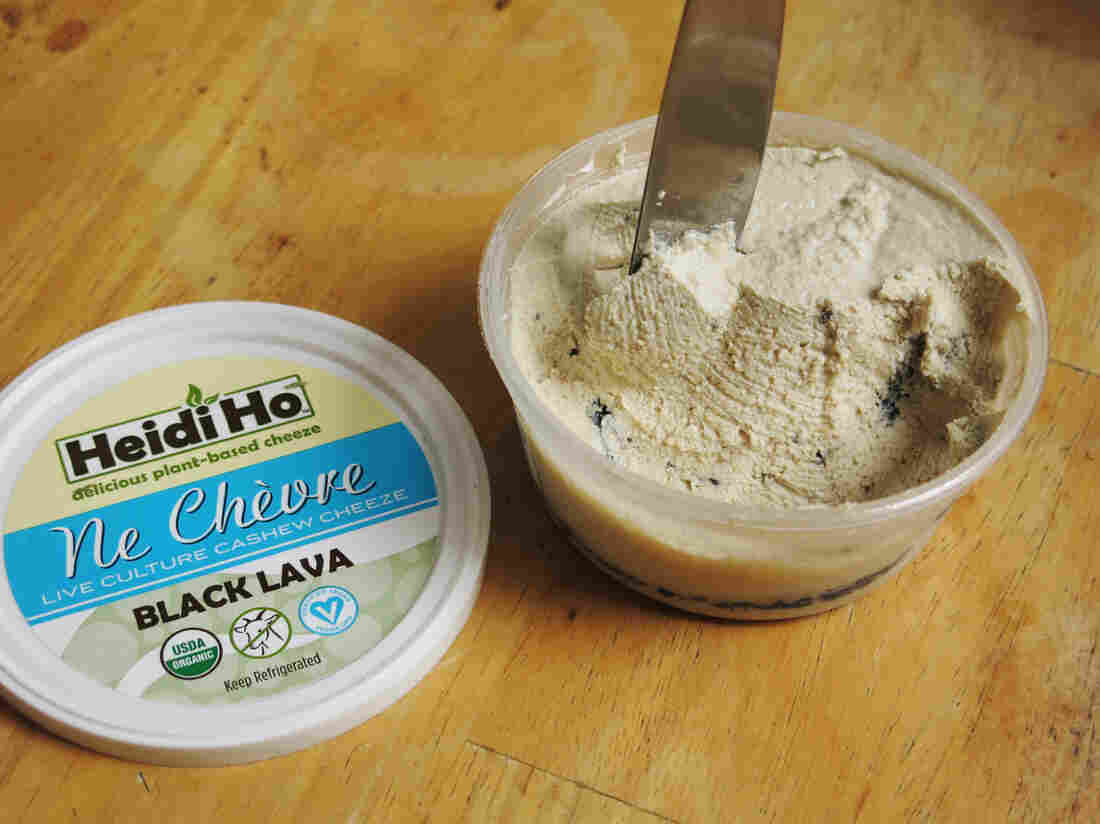 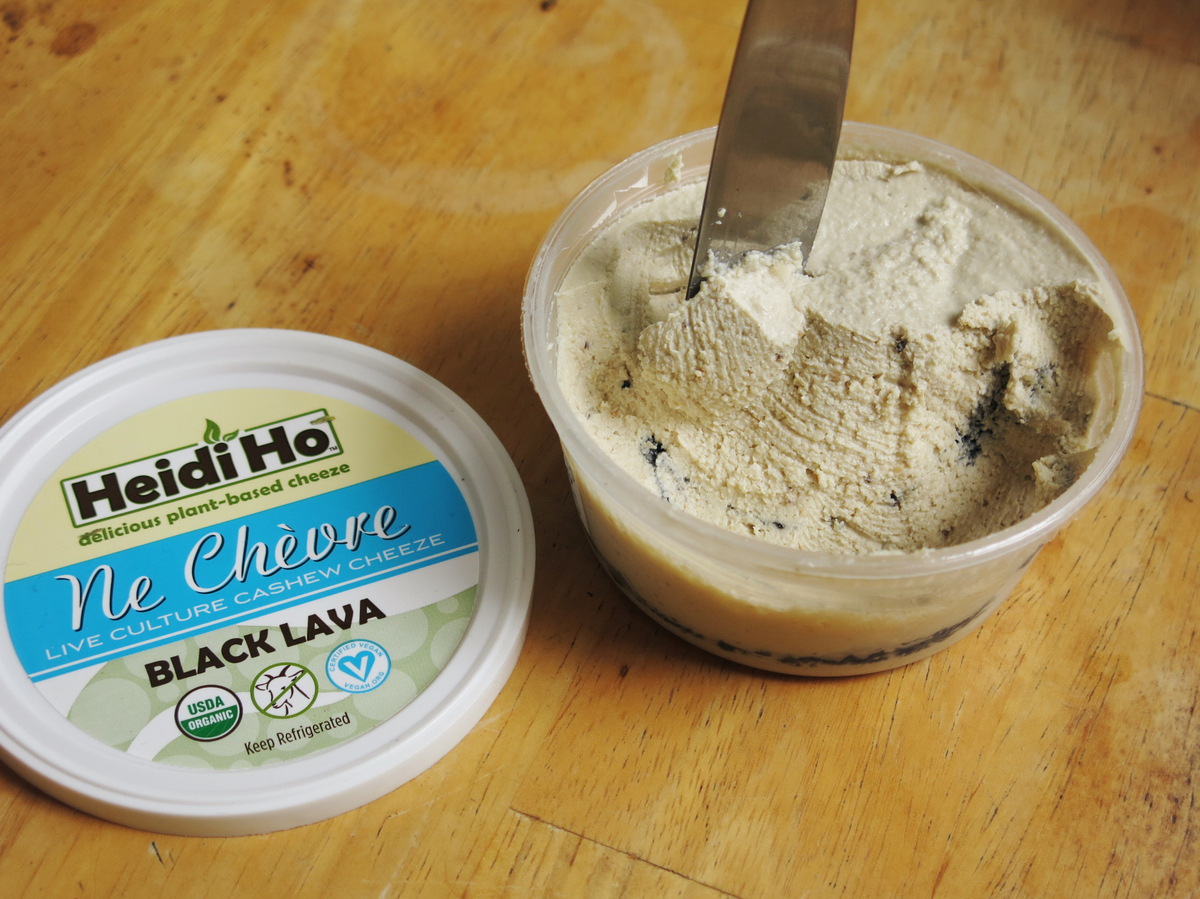 It's this basic culturing process that distinguishes the new wave of vegan cheeses from others that rely on long ingredient lists and heavy processing to mimic the taste and texture of dairy cheese. Many vegan cheese-like products are made with vegetable or coconut oil, tapioca starch, flavorings and preservatives. Sometimes yeast extract is used to provide a cheddar-like essence. One company, called Daiya, uses lactic acid to imitate the pungent spice of cheese. The product is flavorful, yet reminiscent of industrial blocks of cheddar.

"For a long time, the bar was set very, very low for making vegan cheese," says Heidi Lovig, owner of Heidi Ho in Portland, Ore. "They were made using highly processed ingredients with very low nutritional value. It was rubbery and plasticky."

The new artisan cheese-makers say that cheese can be made from many kinds of tree nuts. Alissa Barthel, the founder and cheese-maker of Punk Rawk Labs in Minneapolis, is using both macadamias and cashews in her product. Miyoko's Creamery and Easy Living Foods, like Treeline, use cashew nuts.

Jean Prevot, the head cheese-maker at Kite Hill says that, as far as he knows, people hadn't ever cultured nut milk or nut puree until recent years. That, he speculates, is because animal milk has generally been available — and because the new alternatives are borne out of modern trends of rejecting animal products.

Most of the vegan nut cheeses sampled by The Salt were satisfying. Some, like Heidi Ho and Miyoko's, had a texture like hummus; Kite Hill's cheeses are a little smoother. That's because the nut solids are removed prior to culturing, according to Prevot.

But none of these products melt — not exactly, anyway. They may soften some when warmed, but they're better suited to spreading on crackers. And that's because the protein that allows traditional cheese to melt and stretch and retract, called casein, is not present in nut milks. Still, some of the nut cheese-makers tell The Salt they are now attempting to crack the melting code.

As the vegan marketplace grows, these cheese makers are excited about the possibilities of making better products. But how prominent, or wide, the vegan cheese section may become is anyone's guess.

Americans are still eating a huge quantity of dairy cheese, in fact more than ever before. In 2013, Americans consumed 33.5 pounds of cheese per capita, up from 14.2 pounds each in 1975, according to the U.S. Department of Agriculture.

The vegan cheese-makers predict their best cheese is still to come.

"The category is going to see incredible innovation, and the whole concept that vegan cheese sucks is finally going to dissipate," Lovig says.