Accessibility links
The Latest Item On McDonald's Shifting Menu: A $5 Burger : The Salt McDonald's is trying to hold down menu prices and keep options simple to speed up service while at the same time create pricier premium burgers and more sophisticated dining options.

The Latest Item On McDonald's Shifting Menu: A $5 Burger

The Latest Item On McDonald's Shifting Menu: A $5 Burger 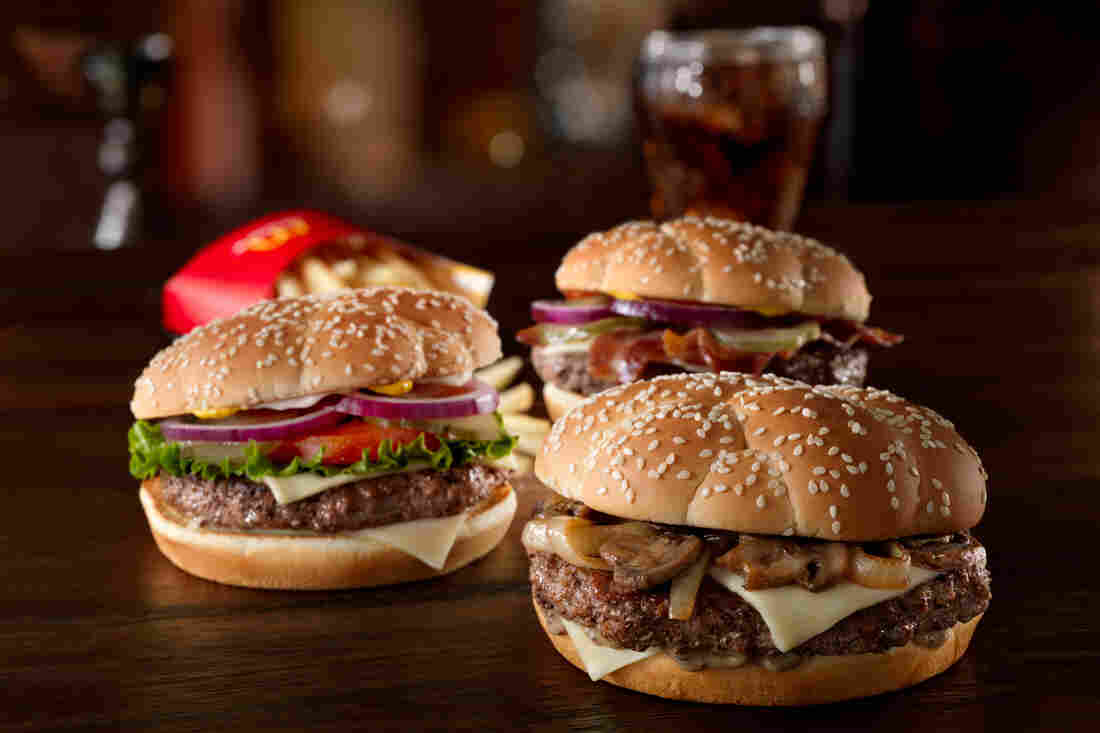 The new Sirloin Third Pound burgers will be offered at McDonald's starting later this month, for a limited time. Courtesy of McDonald's hide caption 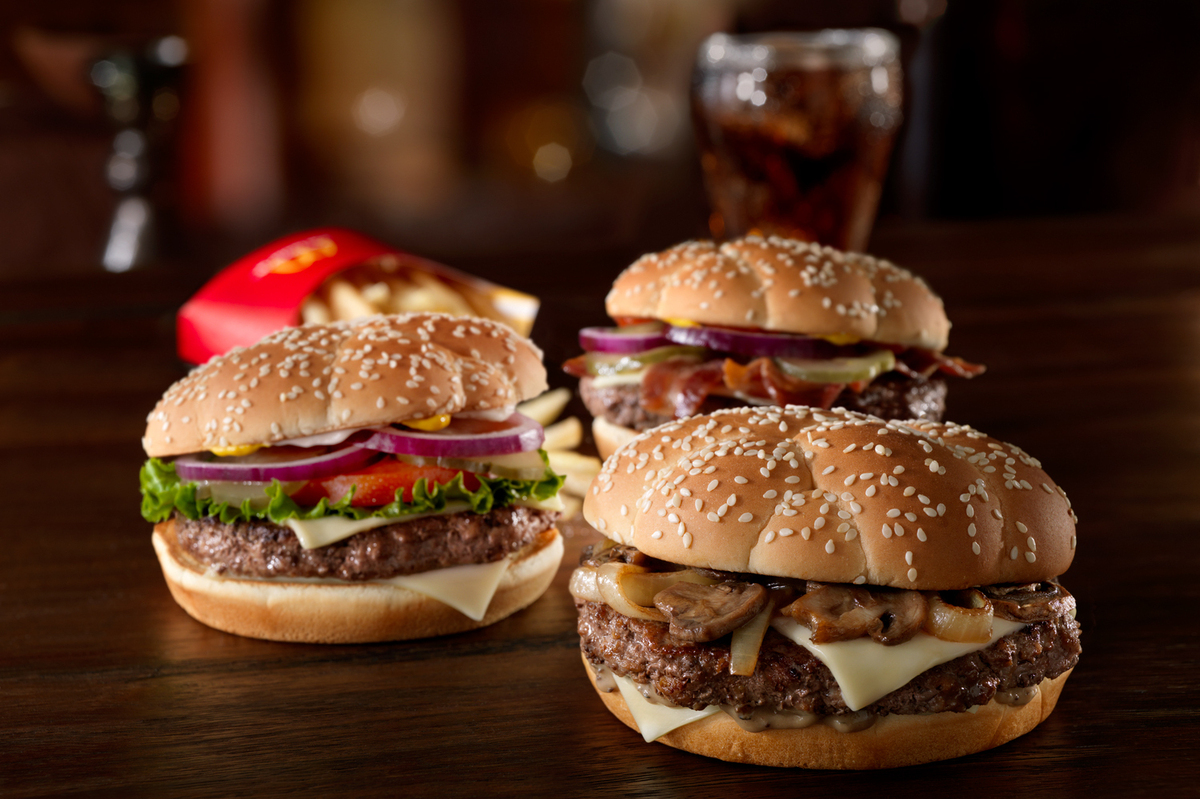 The new Sirloin Third Pound burgers will be offered at McDonald's starting later this month, for a limited time.

McDonald's has been struggling in recent years to keep pace with fast-casual chains like Five Guys and Chipotle Mexican Grill.

So the fast-food giant is testing different menu options to lure back customers. Starting later this month, McDonald's diners will be able to choose a $4.99 sandwich — the Sirloin Third Pound burger.

In a way, the sandwich is not all that new. Two years ago, McDonald's discontinued its Angus Third Pounders, which sold for about $4.49 in most markets. That premium burger had enjoyed a four-year run before being put out to pasture.

The new sirloin burger will be "thick & juicy, beefy, and high-quality topped with real and fresh ingredients," according to a statement from company spokeswoman Lisa McComb. Topping options will include bacon, cheddar cheese, grilled onions and creamy peppercorn sauce.

Maybe you're thinking: "But wait. I thought the McDonald's menu was going to get streamlined?"

How 'Foodies' Were Duped Into Thinking McDonald's Was High-End Food

You are correctly remembering that in December, the company said it would simplify its menu by removing many items. The move was intended to speed up service.

But at the same time, the company is experimenting with new options, like these:

"Create Your Taste" menu. At participating McDonald's restaurants, you can make your very own gourmet burger choosing from lots of toppings.

Bundt cakes and petite pastries. The company is testing pastries that sell for $1.99 to compete with coffee shops.

All-day breakfast. Why not get an Egg McMuffin for supper? McDonald's is testing an all-day breakfast menu instead of putting the eggs away by 10:30 or 11 a.m.

Healthier chickens. McDonald's also is beginning the process of switching to chickens raised without antibiotics.

And then there are tests of an experimental, touchscreen kiosk that allows customers to customize nearly every item on the menu. And in Denmark, there have been tests of McBike — a bicycle drive-through option.

So McDonald's is both trying to keep prices low and options simple — while at the same time creating pricier premium burgers and more sophisticated options. Hmm. That's not easy to do at the same time, says Panos Mourdoukoutas, chair of the economics department at Long Island University.

The seemingly conflicting moves appear to be "some kind of panic," says Mourdoukoutas, who studies the company and has recommended changes as radical as killing off the name "McDonald's" to start fresh.

"They have great locations," he says, "and they know franchising." Now they just need to serve food that more young people want to eat, he says.

But McComb, the McDonald's spokeswoman, says the new premium sandwich takes the company in the right direction. "We know that consumers care about their food. They want it to be real, fresh and authentic," she said. "These new burgers are thick, freshly prepared Sirloin Third Pound Burgers with real and fresh toppings."