Accessibility links
Running A Marathon? How To Eat and Drink So You Don't Hit The Wall : The Salt There's only so much fuel you can store before a big race. A performance nutrition expert gives us the rub on how to optimize carb-loading to avoid the miserable experience of running out of fuel. 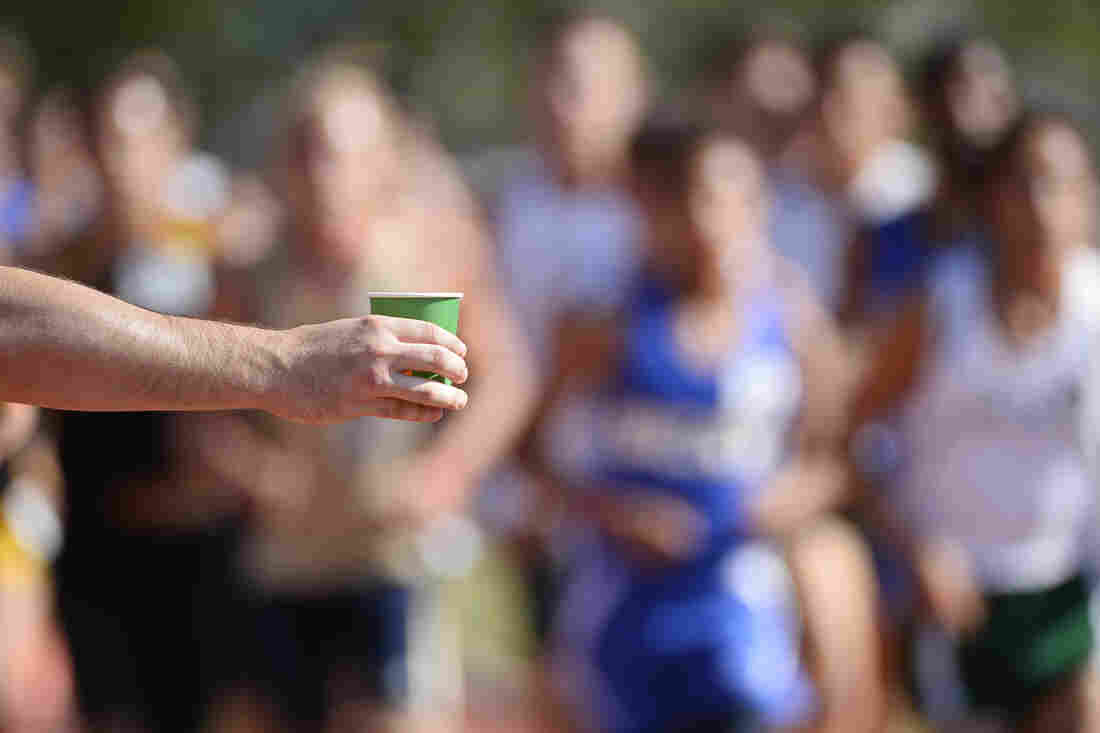 Performance nutrition experts recommend stopping at all the hydration stations for a quick fill-up of a sports drink to replenish the glycogen that's being burned during a marathon. iStockphoto hide caption 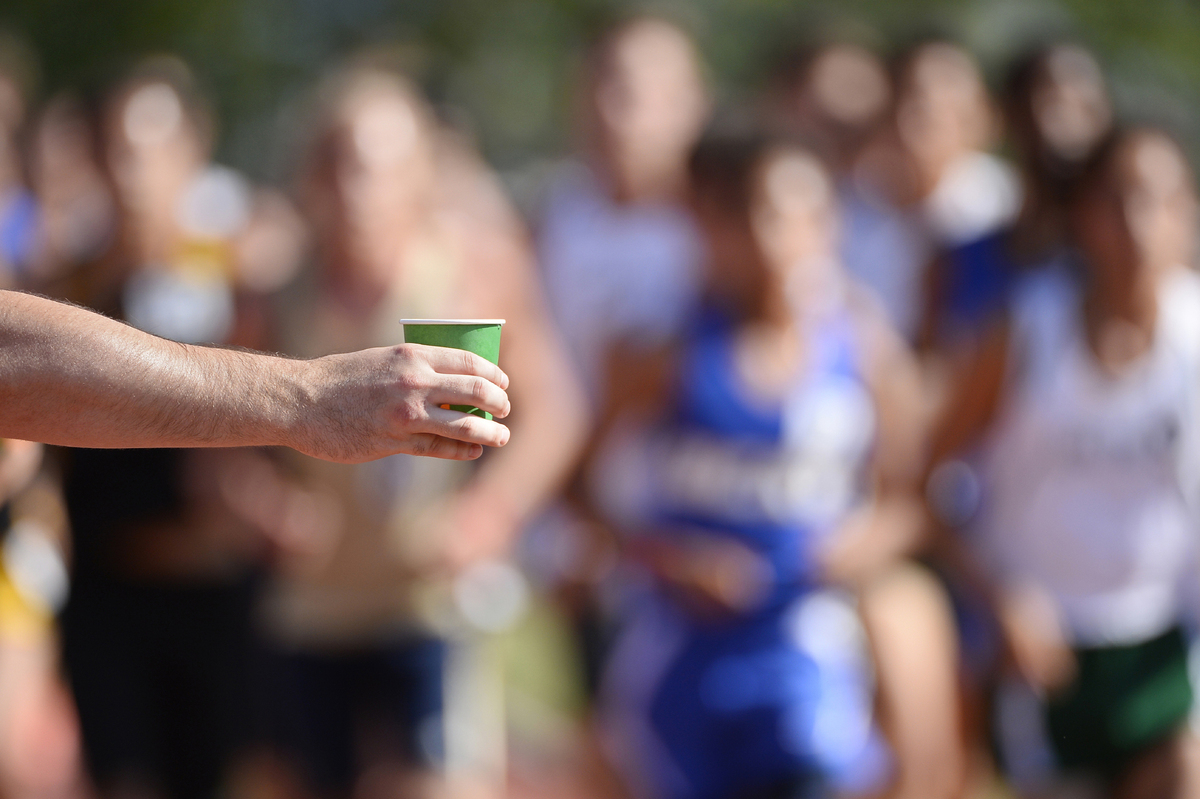 Performance nutrition experts recommend stopping at all the hydration stations for a quick fill-up of a sports drink to replenish the glycogen that's being burned during a marathon.

Elite runners know the drill. When you run a marathon, you've got to consume extra amounts of carbohydrate — either from food or energy gels or energy drinks — in order to go the distance.

And if you don't fuel up enough? You may hit the wall during the big event, which, believe me, is pretty miserable.

The wall comes on abruptly. Suddenly your legs feel like lead. And then you're woozy.

When I ran the Chicago Marathon with my friend Molly Andolina years ago, I crashed into the wall near the 24-mile mark. And the finishing stretch felt akin to a death march. (Thanks to Molly's urging, I pushed through.)

With Monday's Boston Marathon on our mind, we got to wondering just what this is all about. What is happening in the body when marathoners hit the wall?

"When you eat carbohydrate, it's primarily stored in your muscles and liver in a form called glycogen," explains Trent Stellingwerff, a performance nutrition physiologist at the Canadian Sport Institute. Our muscles use that glycogen for energy. Think of it as high-octane fuel.

But here's the rub. There's only so much you can store: "about 2,000 to 2,500 calories [worth], depending on your body size. And to get through a [26-mile] marathon you need more than this," Stellingwerff says.

So, if you run out of fuel — as I did at mile 24 — your body starts to search for other sources of fuel that are not as efficient at providing quick energy, namely, your fat stores. And this can slow you down.

Stellingwerff says that in addition to running out of stored fuel, there's another factor that's thought to contribute to the wall-hitting phenomenon: a drop in blood sugar.

"You get foggy-headed, and you're not firing on all cylinders," he says. "It's a double whammy."

"You want to get to the start line [on race day] with as much carbohydrate stored [as glycogen] in your muscles as possible," Stellingwerff says.

He says he's learned from his own experiences as a marathoner that this can be beneficial.

But it's not an extreme shift. "You don't need to go crazy," he says. That means you don't need bowl after bowl of spaghetti.

His advice: Add about about 150 to 200 extra grams of carbohydrate to your diet starting a few days before the big event.

A 24-ounce serving of Gatorade, or other sports drink, gives you about 42 grams of carbs. Then you can get the remainder from carb sources like rice or pasta — a cup of cooked white rice and a cup of cooked spaghetti both have about 30 grams of carbs. He says a good rule of thumb is that in the last few days before the race, half your dinner plate should be filled with carbs.

During the race, Stellingwerff recommends stopping at all the hydration stations for a quick fill-up of a sports drink. "Your muscles can start to use that carbohydrate [that you're drinking]."

And is there any evidence that this will lead to a better performance? Yep. Stellingwerff published a review paper in 2014 that analyzed more than 60 studies that had measured the influence of carbohydrate intake on exercise performance.

"We found a significant positive relationship between carb intake and performance [in long duration events such as marathons]," he says.

And there have been lots of other studies showing this, too. Another analysis found that carb-loading is linked to a 2-percent improvement in performance time.

Now, this may not sound like a lot. But if you're an elite runner and you shave a few minutes off your finish time, "that's a big jump," Stellingwerff says.

And, hey, the bigger advantage of carb-loading may be to cut your chances of hitting the wall.